‘MARCANDO TERRITORIO’ THE HISTORY OF GRAFFITI IN DOMINICAN REPUBLIC 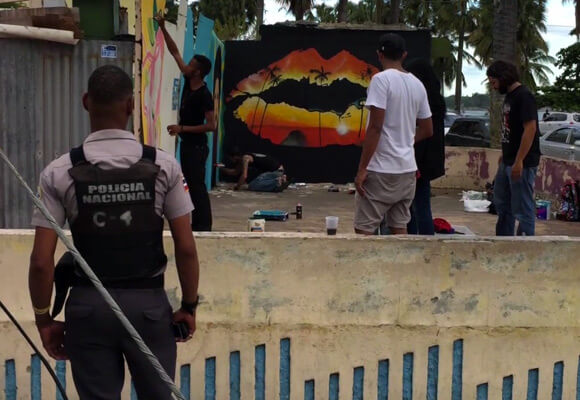 Already a few decades ago, graffiti had become a global movement that was practiced all over the world. However, sometimes it’s worth going over this complicated process that functioned differently in each geographical region. With the hopes to shed light on the history of Domincan Republican graffiti, the “Marcando Territorio” documentary was born; 14 minutes of footage that help us in understanding the movement in this Caribbean country. Upon viewing, it’s interesting to compare the similarities and underline the differences of the phenomenon with respect to other places in the world.

Montana Colors Caribbean has sent us this interesting audiovisual piece that provides some textual insight on the content of this university project conducted by Victoria Cabrera Chelin and Camila Santana.

“Graffiti in the Dominican Republic in its beginnings, in the middle of the 70s was considered to be vandalism and was an offense to the Dominican sovereignty. As time went on and graffiti and street art evolved, the Dominican society and authorities have shown the acceptation that the first graffiti writers were always fighting for.

This documentary brings a novel contribution to the history of Dominican Republican graffiti that not a lot of people know about. The main objective in the making of this university project was to demonstrate that graffiti and urban art are artistic, cultural expressions which are innate in human beings.

In the video feature, the difference between graffiti and street art is revealed, and each of the artists who expressed their opinion on the subject let us know what graffiti means to them.“