RIME, ‘UP ON THROUGH’ DOCUMENTARY 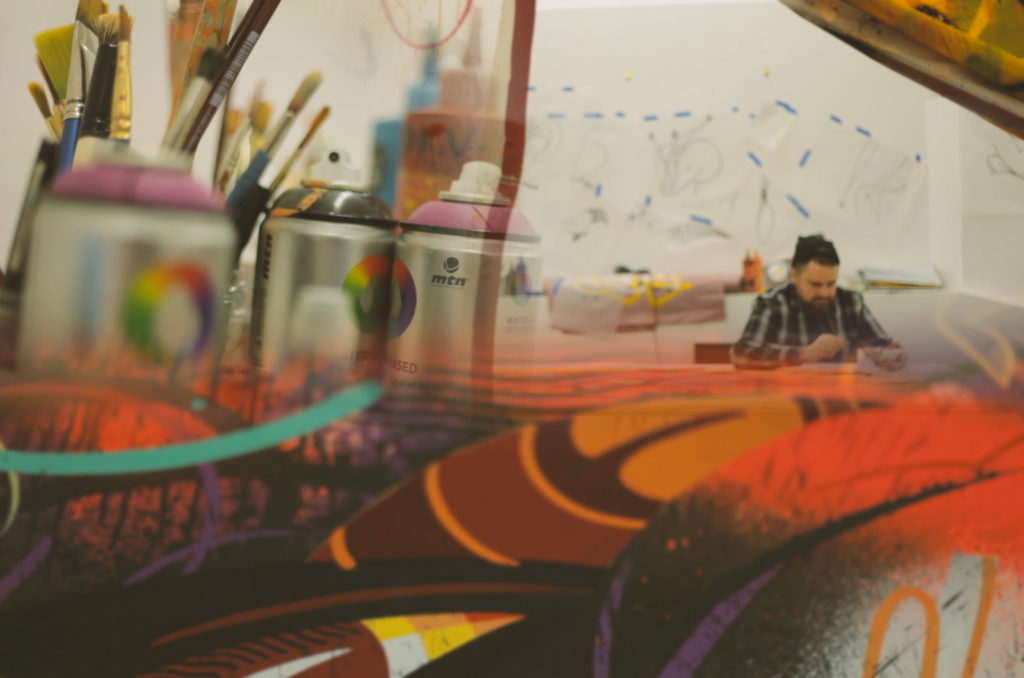 In light of Rime’s upcoming exhibition next weekend at the Parisian gallery Wallworks, Elliot O’Donnell did a short documentary that immerses us into this unique New York artist’s work.

“This is a short documentary I made about the process behind the creation of Rime’s upcoming show ‘Up On Through’ during his two month residency in Paris. Having begun several very laborious works back in our Brooklyn studio, it was very interesting to focus more on what was created in situ within the exhibition space. Rime speaks about his journey, process and philosophy whilst working with an array of wilder tools ranging from fire extinguishers and weed sprayers to brushes and brooms – trying to find the balance between his recognisable illustrative style and the more free aesthetic that comes with employing less orthodox methods of painting. This documentary was made over seven weeks as I worked as his assistant for his third solo show at Wallworks – this allowed me incredible insight and access to the workings behind this latest body of paintings.” – Elliot O’Donnell