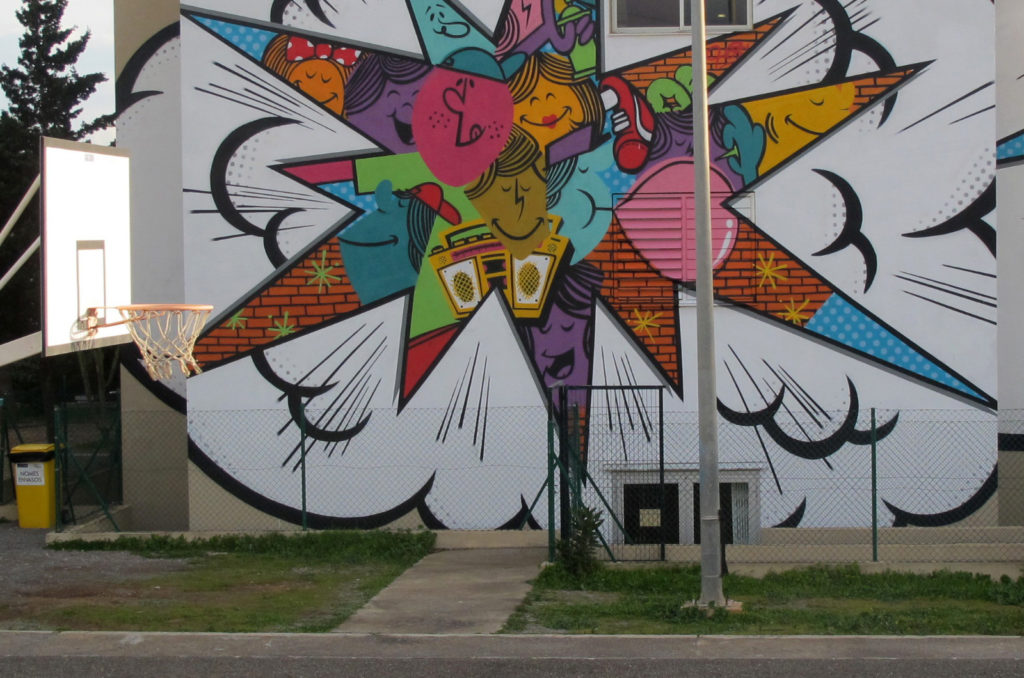 The island of Ibiza is world famous for leisure and nightlife. However, on this island there’s also a place for participatory art projects and t’s there, where Hosh, the most famous writer on the island, plays a fundamental role.

Together with the Madrid writer Suso33, Mono Gonzalez from Chile, and the Canary Islander Tono Cruz, launched the Medusa Festival during the month of December. The event’s objective was to carry out mural projects for the local community in the day to day spaces that are transited or used as meeting points to engage to social development by means of culture. 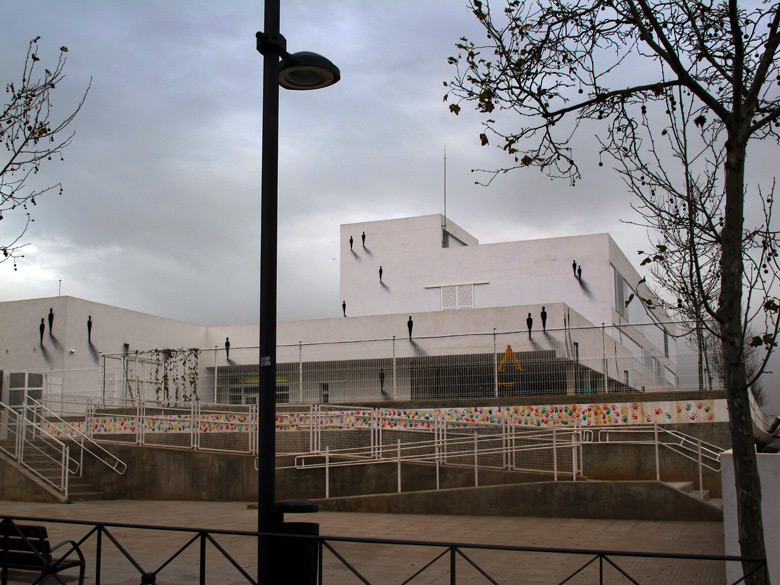 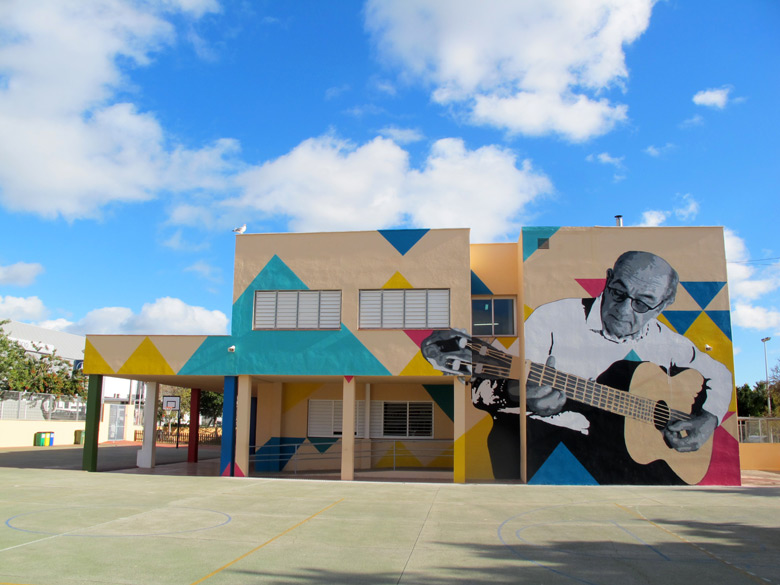 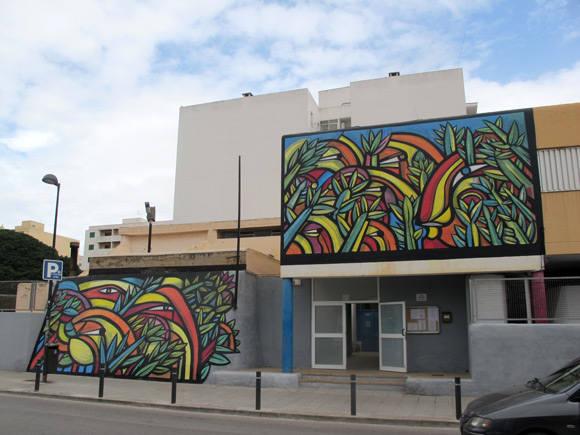 Four large format murals were painted at four different schools while simultaneously, screen-printing, graffiti and other creative expression workshops were given. Over 700 kids from different educational centers participated and also attended the open talks and debates at the various centers. The initiative has received a warm welcome and has generated interest in the future continuation of the proposal. 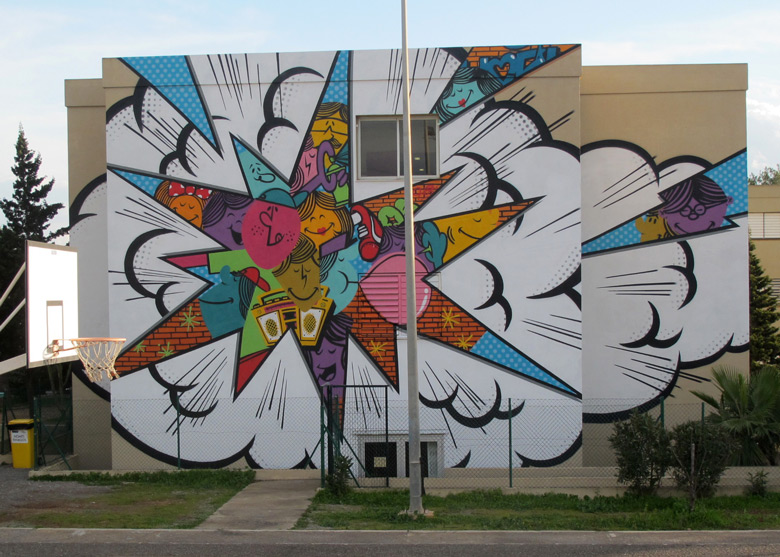 In taking advantage of this occasion, we’re including a video by the High Fidelity Collective platform. In this case we see a demonstration of a possible “team building” activity.