GREENPEACE APPEAL FOR THE SUN FOR EVERYONE IN BARCELONA 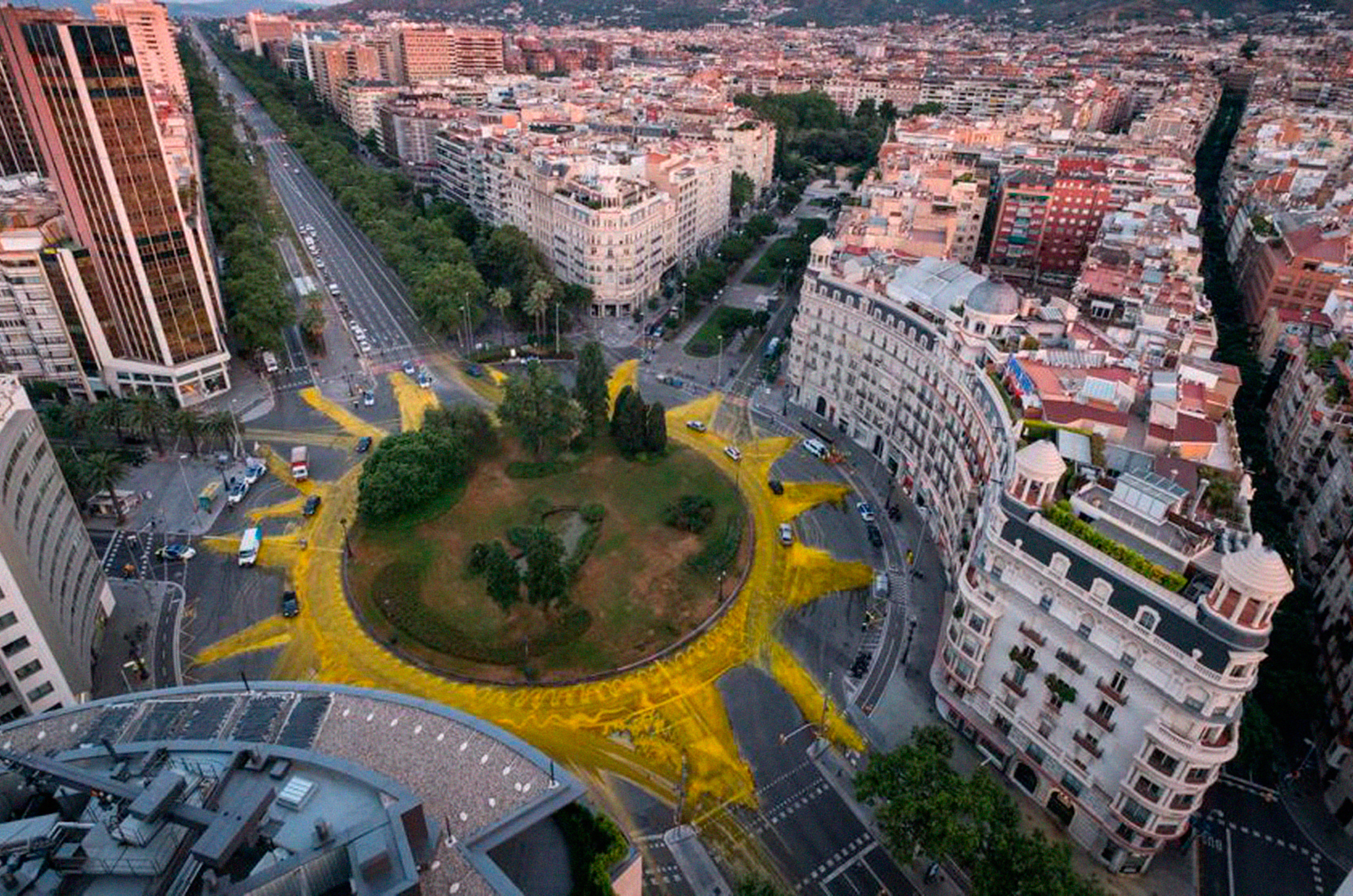 Coinciding with the summer solstice, a huge sun appeared this morning on Francesc Macià square in Barcelona. During the previous night, a score of Greenpeace activists carried out this intervention for which over 2000 liters of ecological yellow paint were used. This morning a cleaning brigade removed the paint while the Guardia Urbana regulated traffic. 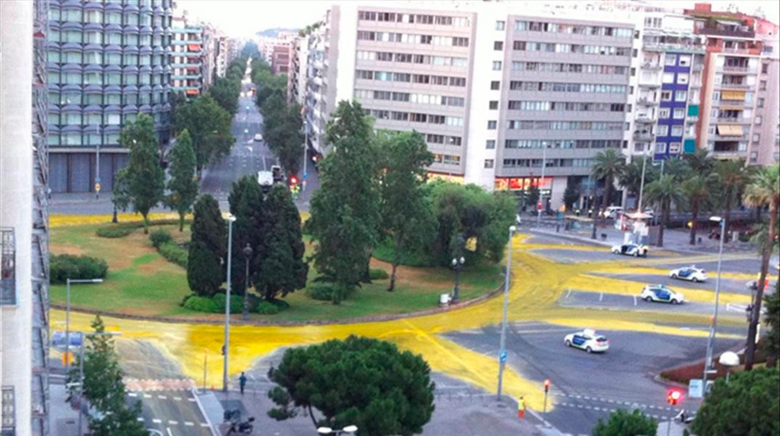 This land-art act was carried out as a protest against the sun tax; an outrageous measure taken by the Spanish government to prevent citizens from becoming independent of the big electricity companies. In addition to demonstrating the government’s lack of commitment to renewable energies, the tax is a direct consequence of the traffic of influence that exists between the country’s main power supply companies and the political representatives in office. 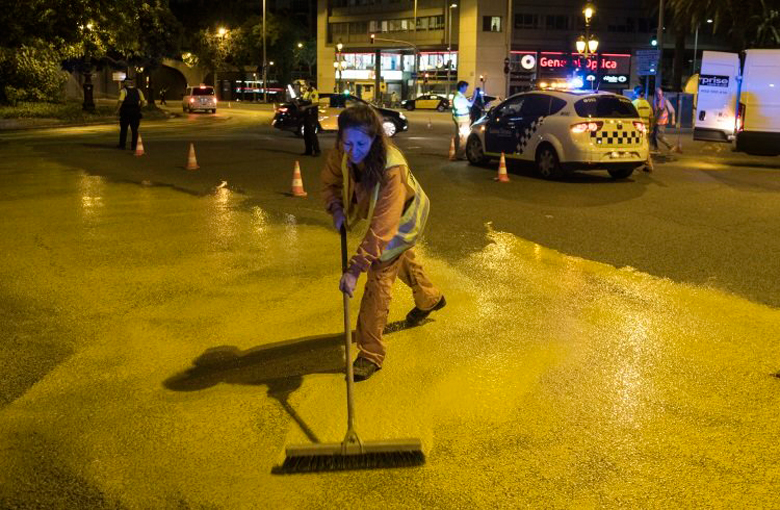 Sara Pizzinato, head of the Greenpeace campaign for renewable energies stated, “The Spanish Government remains anchored in the past, defending aid for dirty energies such as coal or nuclear energy. And, in European negotiations, all of their interest is in ensuring clauses for Spain to be able to breach with impunity the new objectives for renewable energies or in legitimizing the Sun Tax throughout Europe. 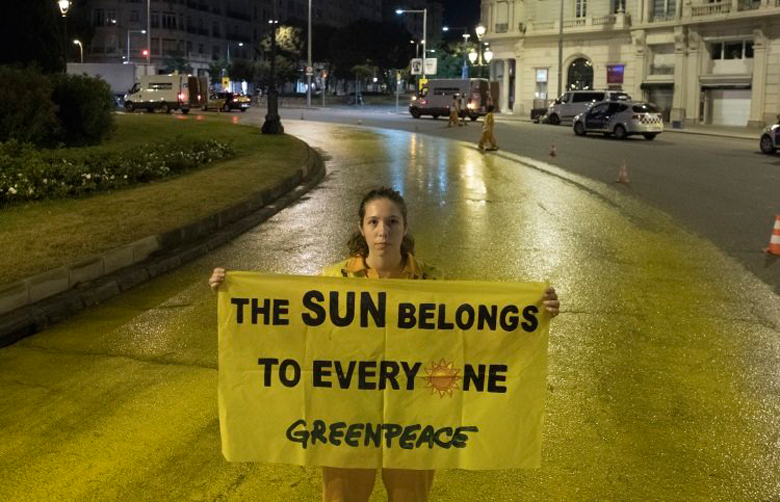