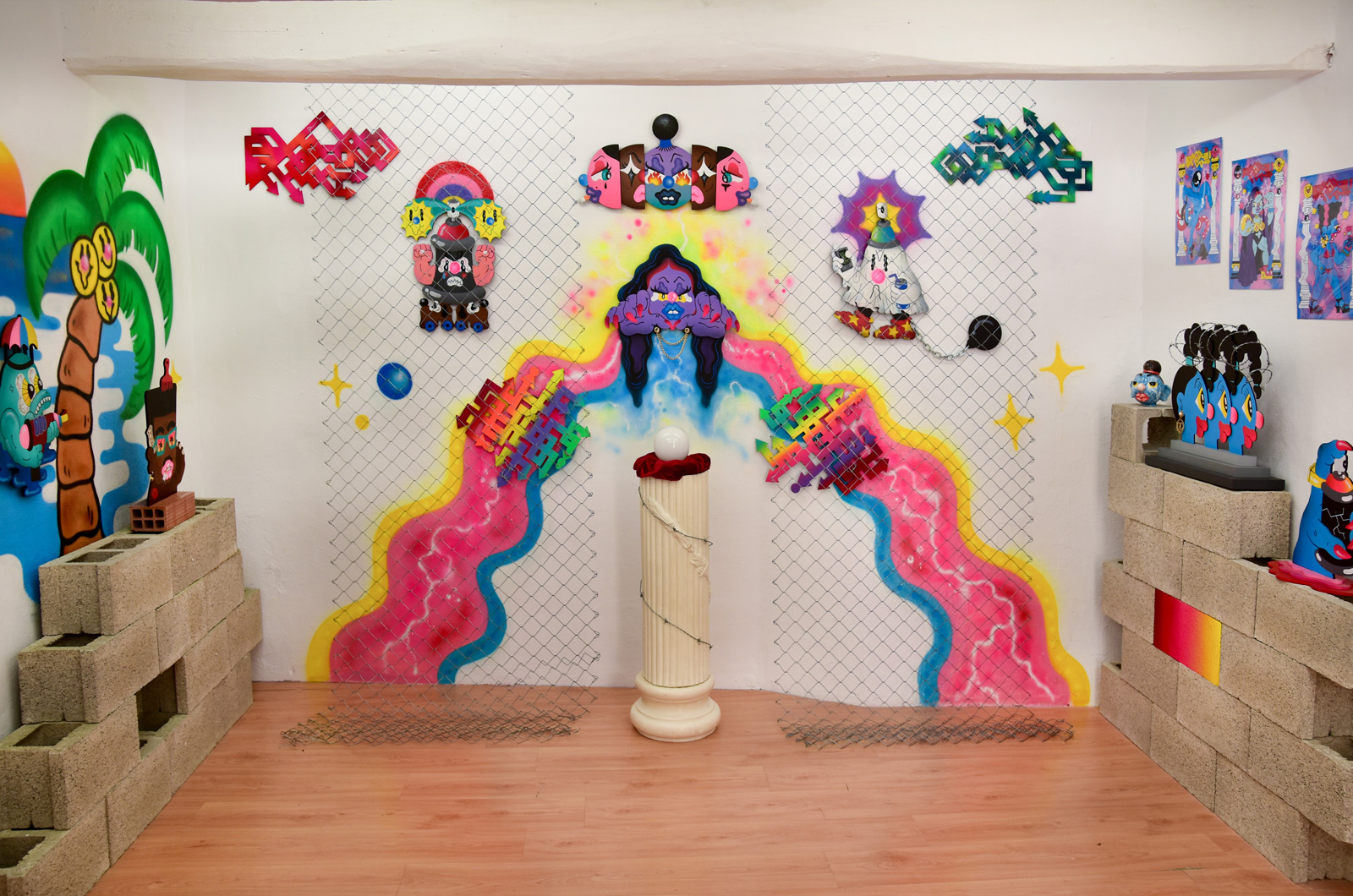 On June 6th Fátima de Juan‘s exhibition was inaugurated at Backstore in Linea 6. The artist and graffiti writer’s work will be on view until July 12th in this referential, Balearic Island graffiti shop’s exhibition space.

Two original formats – ceramic sculptures and wood panel works – as well as some prints, represented the best of Fatima’s artistic style; characters and elements that mix graffiti, business, the street and beach with a strong personal style and some cheerfully aggressive colors. All of it was arranged in a fun and elaborate installation that transformed the Backstore into Fatima’s personal universe… but only until July 12th. 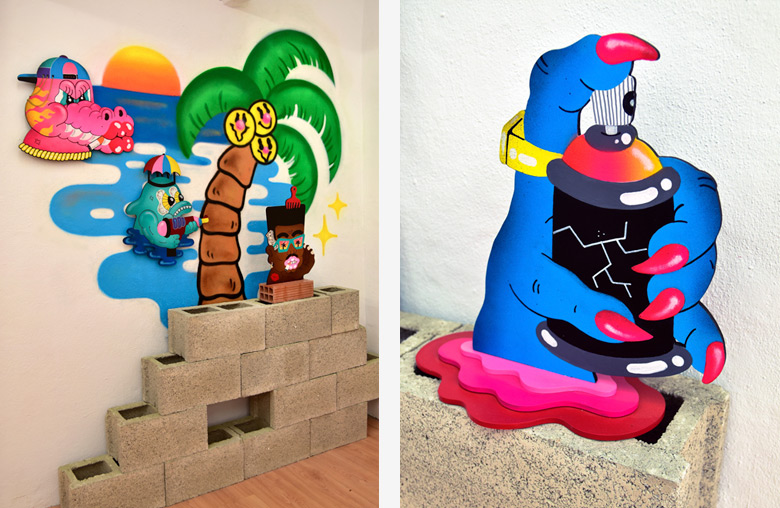 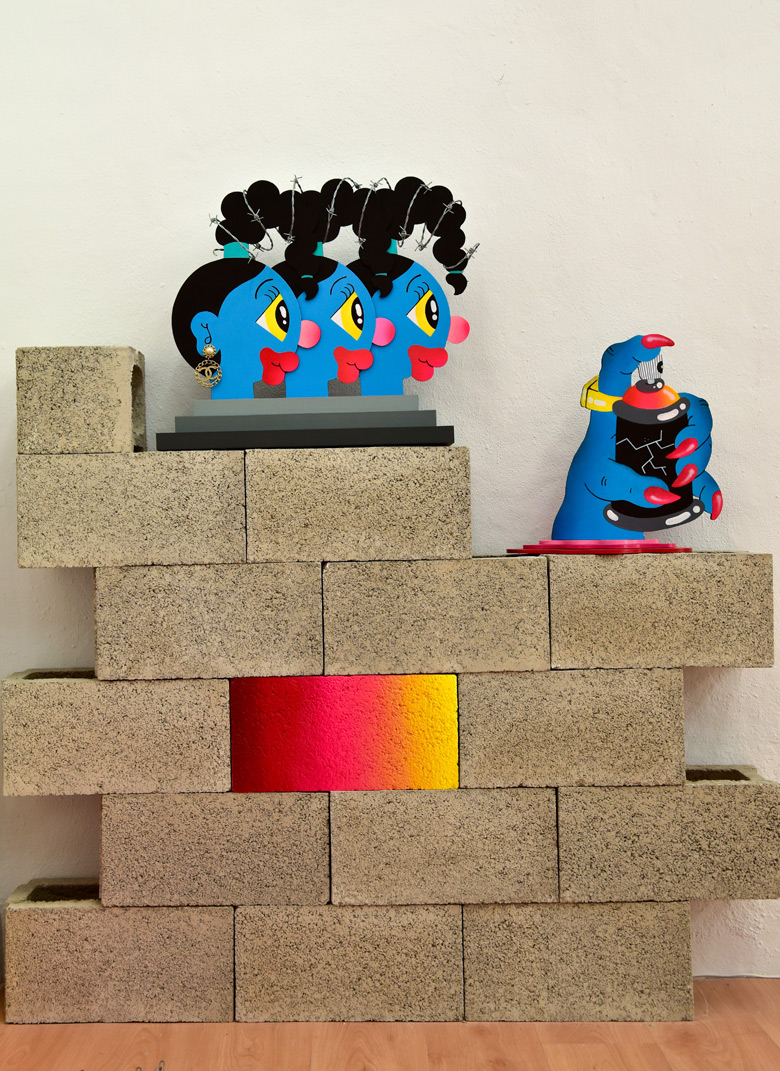 “Fatima recuperates the witch figure, stripping it of its bad reputation. Here, the spell is the one who is capable of reinventing themselves and coloring their reality through their magical talent. 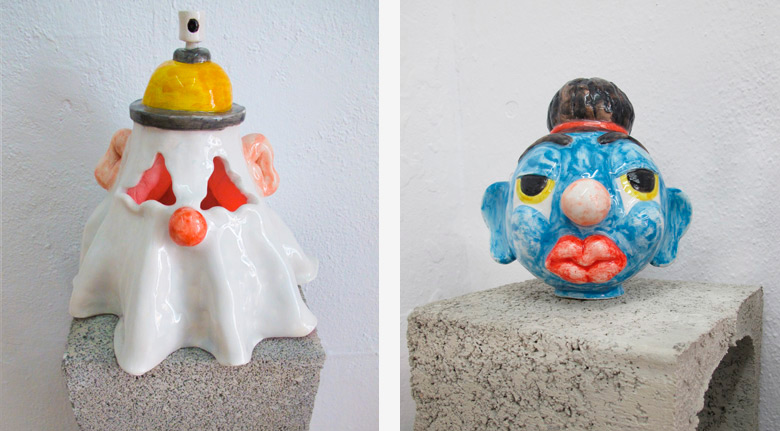 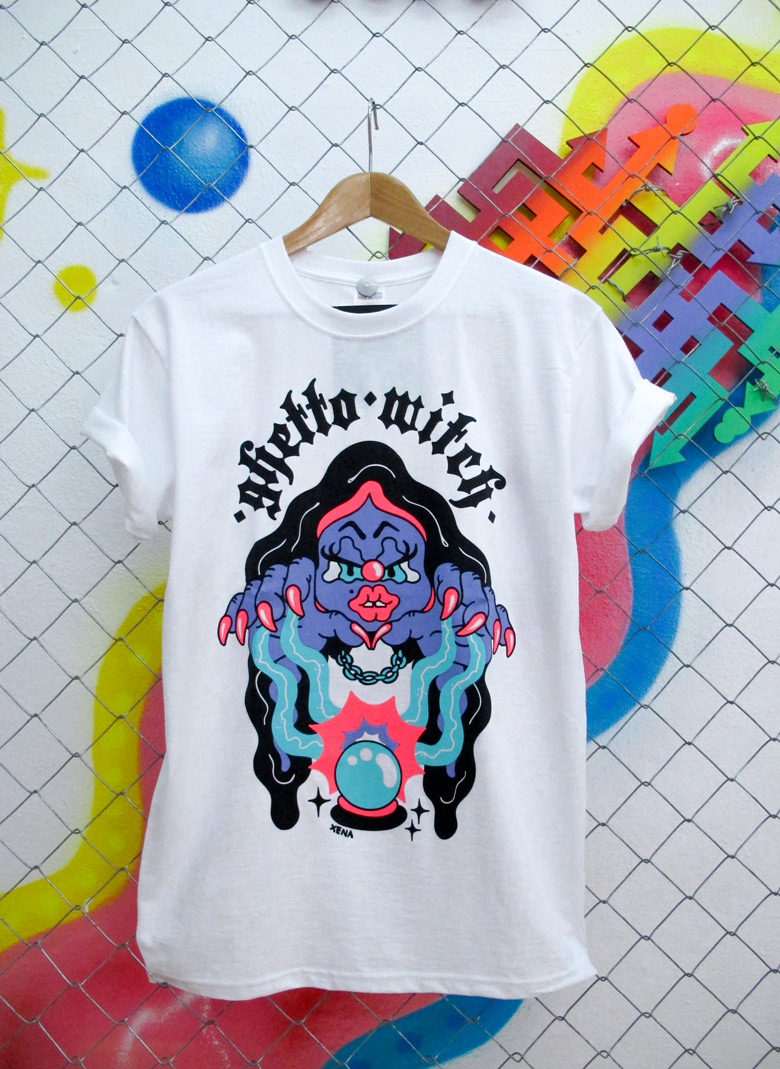 In a symbiosis between sculpture, graffiti and installation, the Mallorcan artist unfolds her imagery replete with tropical reminiscences from her native Mallorca. For this project, she decided to embark on a new format where the characters from her personal jungle rise up into another dimension, in a hybrid space between the magical and wild. 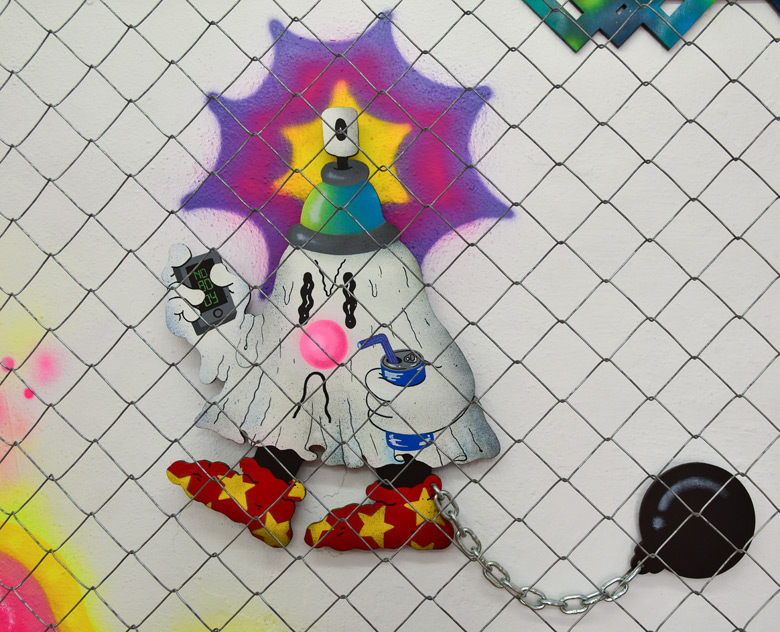 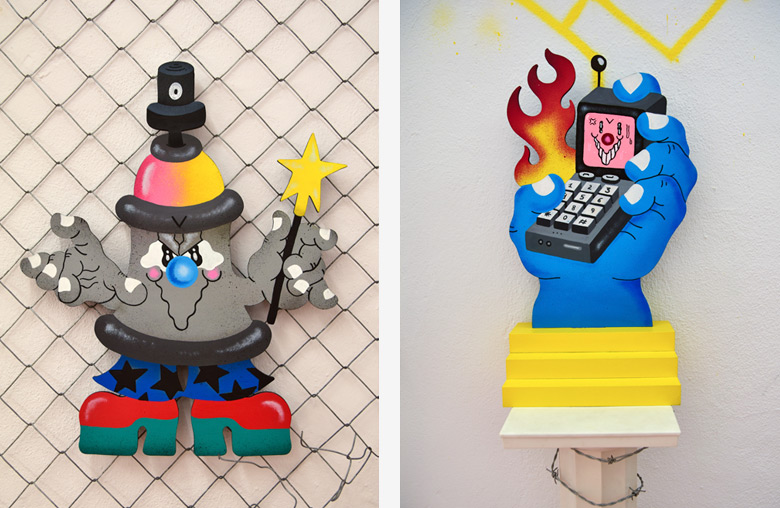 Ghetto Witches is a personal tribute to all beings with double moral standards, witches, sorcerers, shamans, ghetto survivors, those experienced in making magic to make ends meet at the end of the month, and connoisseurs of the codes of the streets.“ 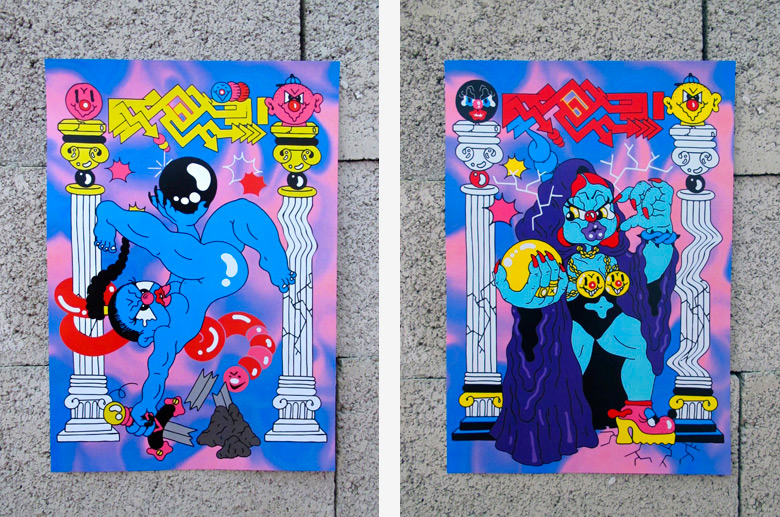 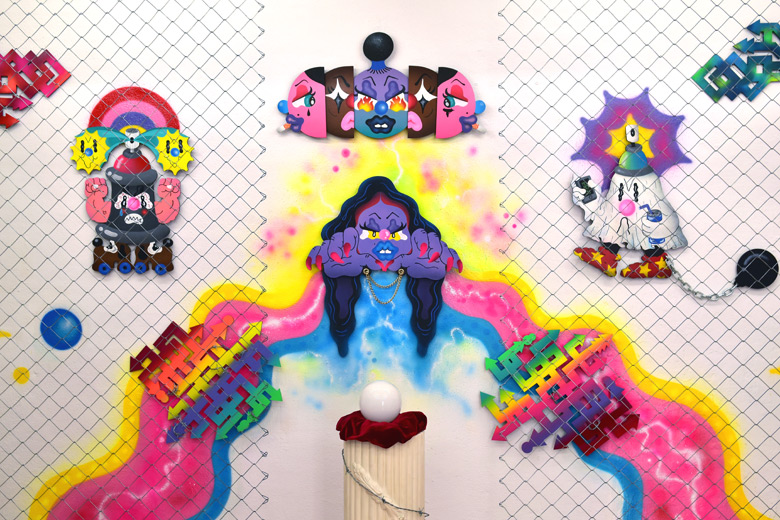