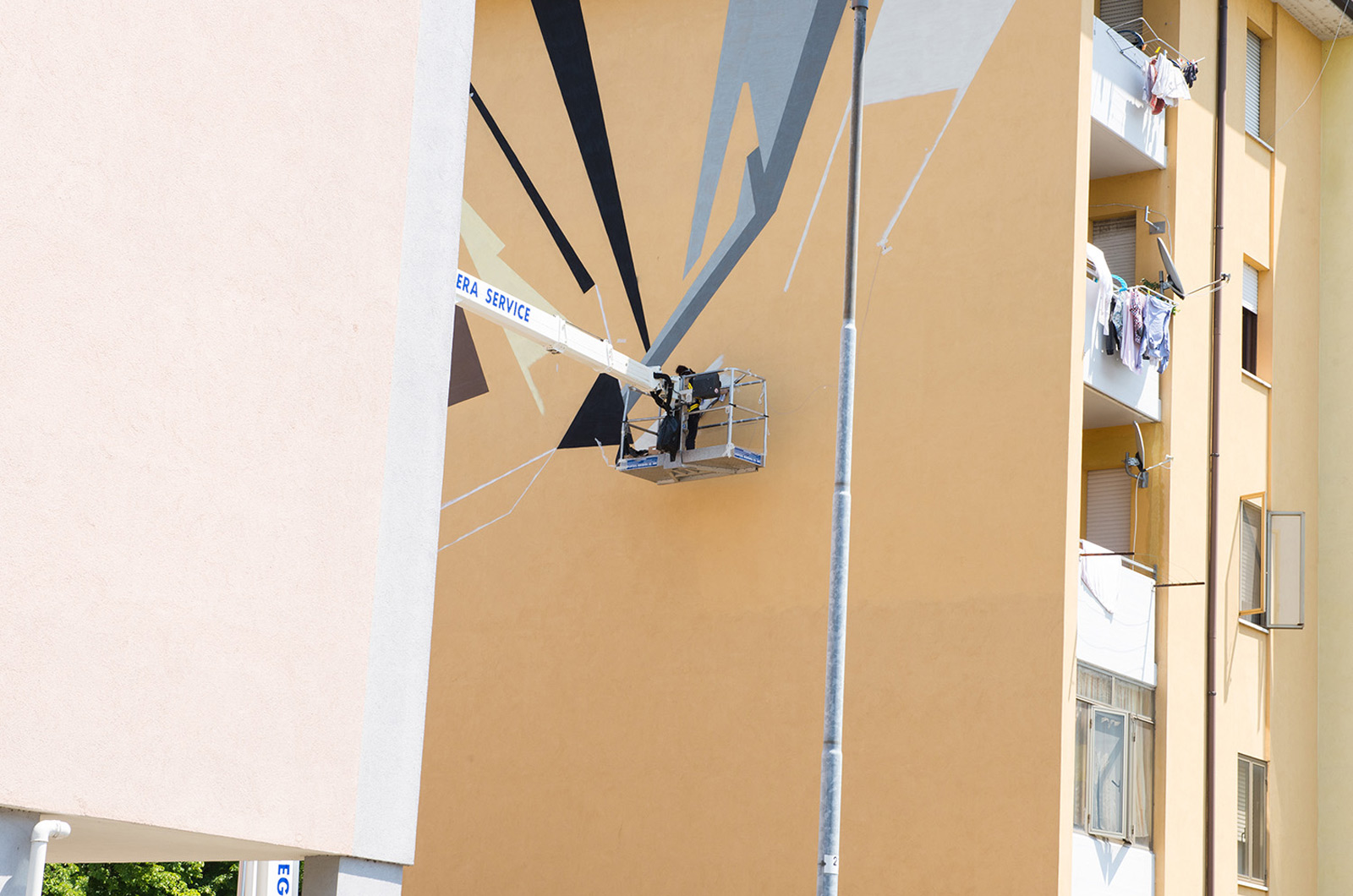 For the Without Frontiers festival that took place in the Italian town of Mantua, the artist Elbi Elem left behind an intervention composed of her recognizable juggling of geometric shapes, whose meaning conceals a tribute to our brightest star. 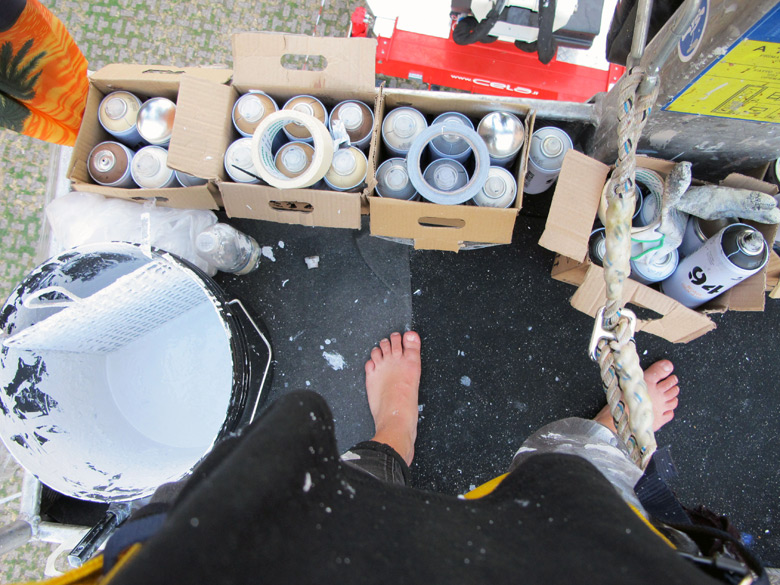 This time around, the enormous intervention didn’t include objects protruding from the building itself like the artist’s usual, unique anamorphic play. However, the balconies adjacent to the facade became the elements which gave the artwork a new volumetric aspect. Thanks to this effect, the composition seems to be clinging to the building while deconstructing it architecturally. 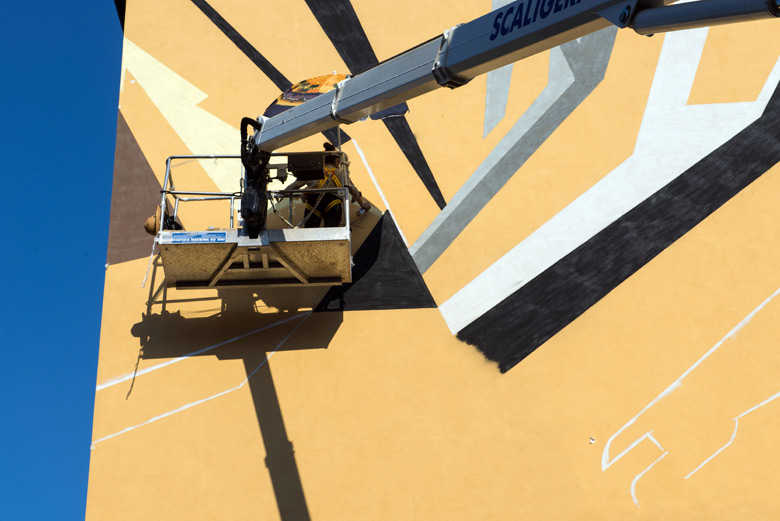 Once again, the colors used respond to a chromatic dialogue with the landscape where the building and artwork are situated. The geometric dynamism of the painted layers and figures point towards a central axis, as if it were an energy source: the sun. 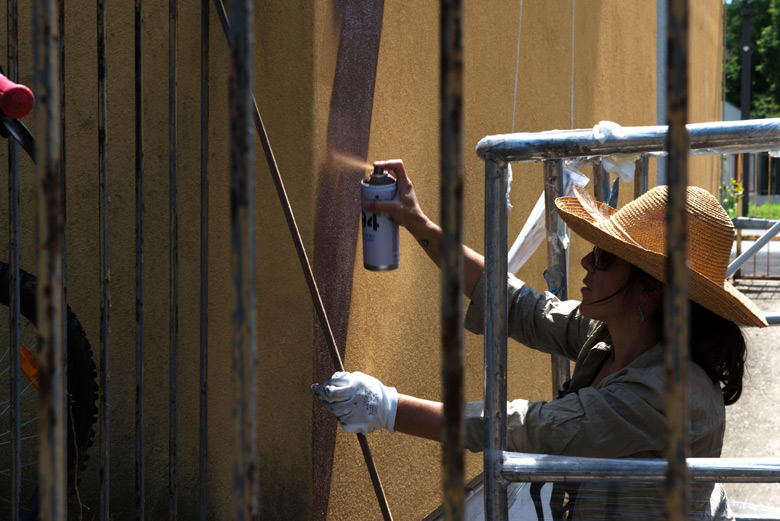 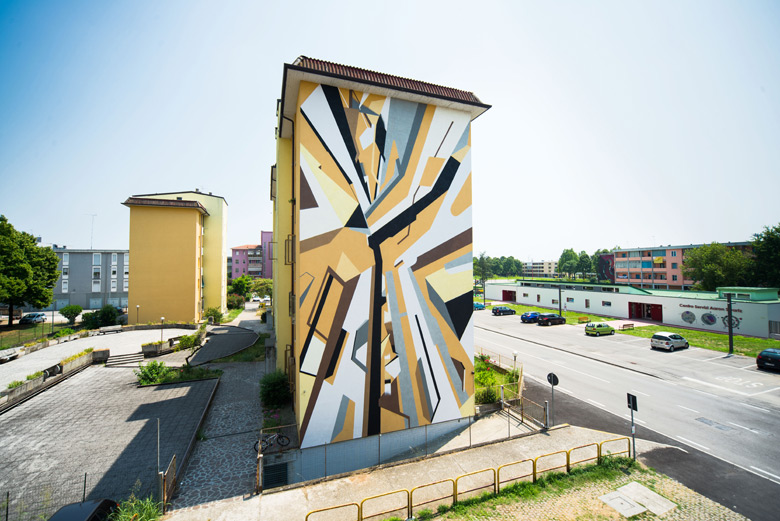 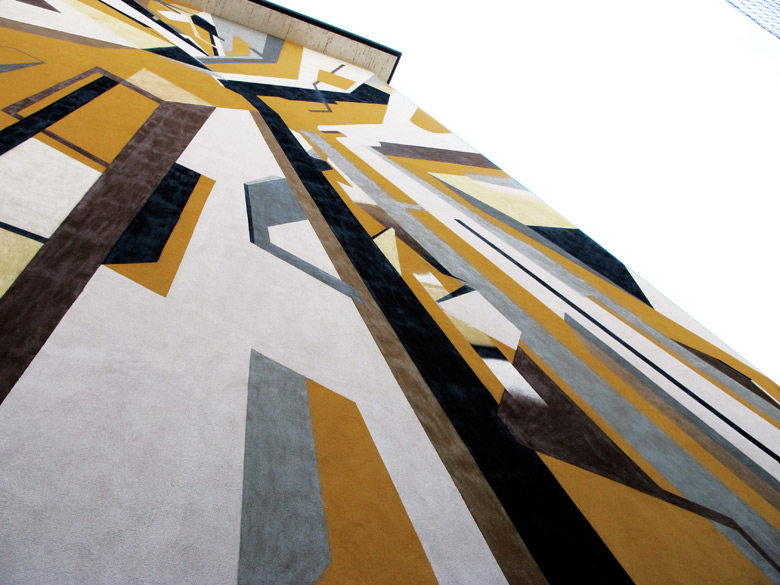 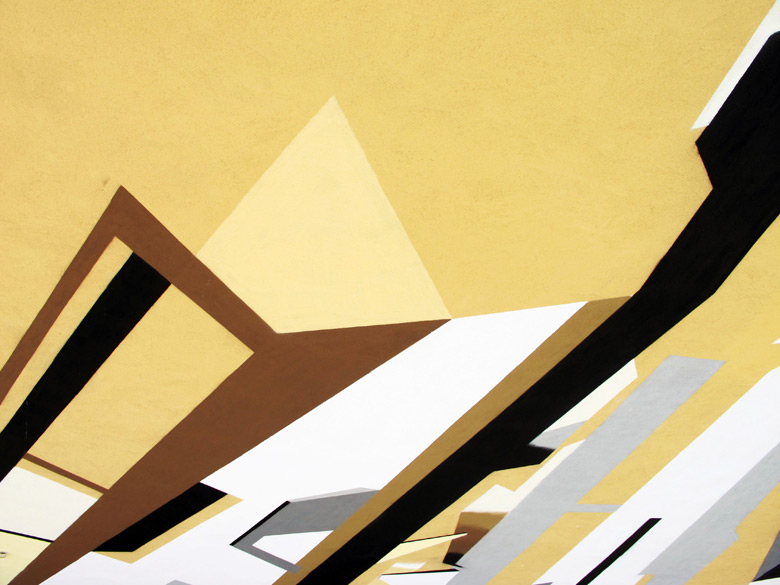 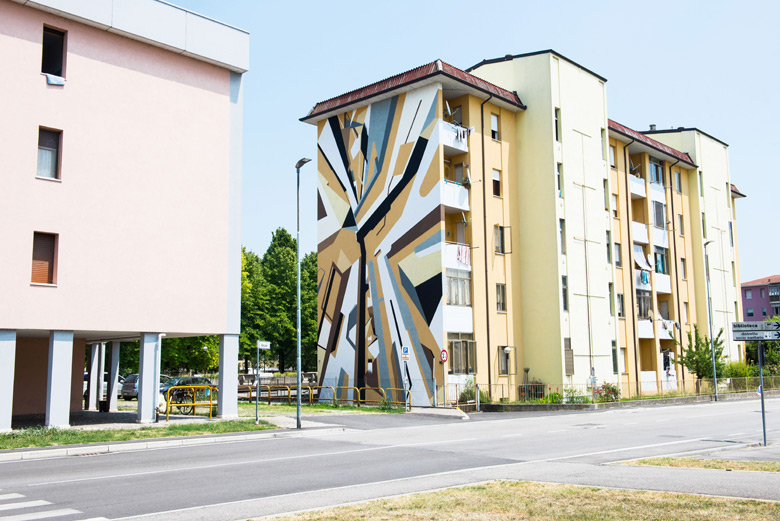