THE SIXE CASE IN BADALONA, ART ONCE AGAIN SUCCUMBS TO MONEY 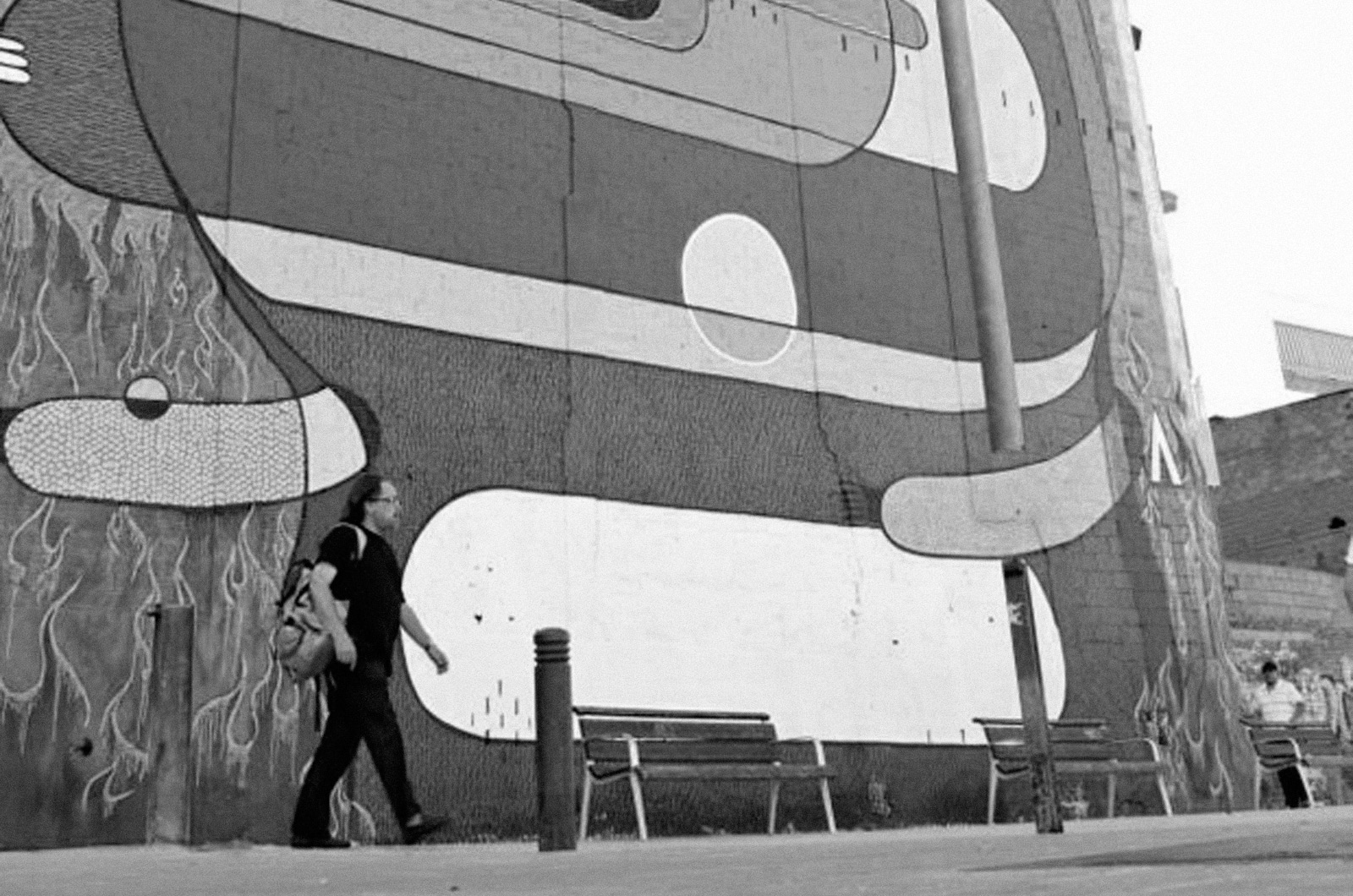 Seven years later, the emblematic Sixe mural in Badalona (the same one that welcomed and sent farewells to the C-31 highway drivers), has been replaced by none other than an advertisement. Ladies and Gentlemen, art in its maximum representation as a link between urban creative restlessness and social benefit, succumbs once again to the power of immediate money.

Arcadi Poch, the one responsible for the Identitat(s) project, who led Sixe Paredes to transforming a huge, aseptic facade of the “demon’s” house, has expressed his indignation through a sincere article that we’re providing below, and that is well worth sharing. 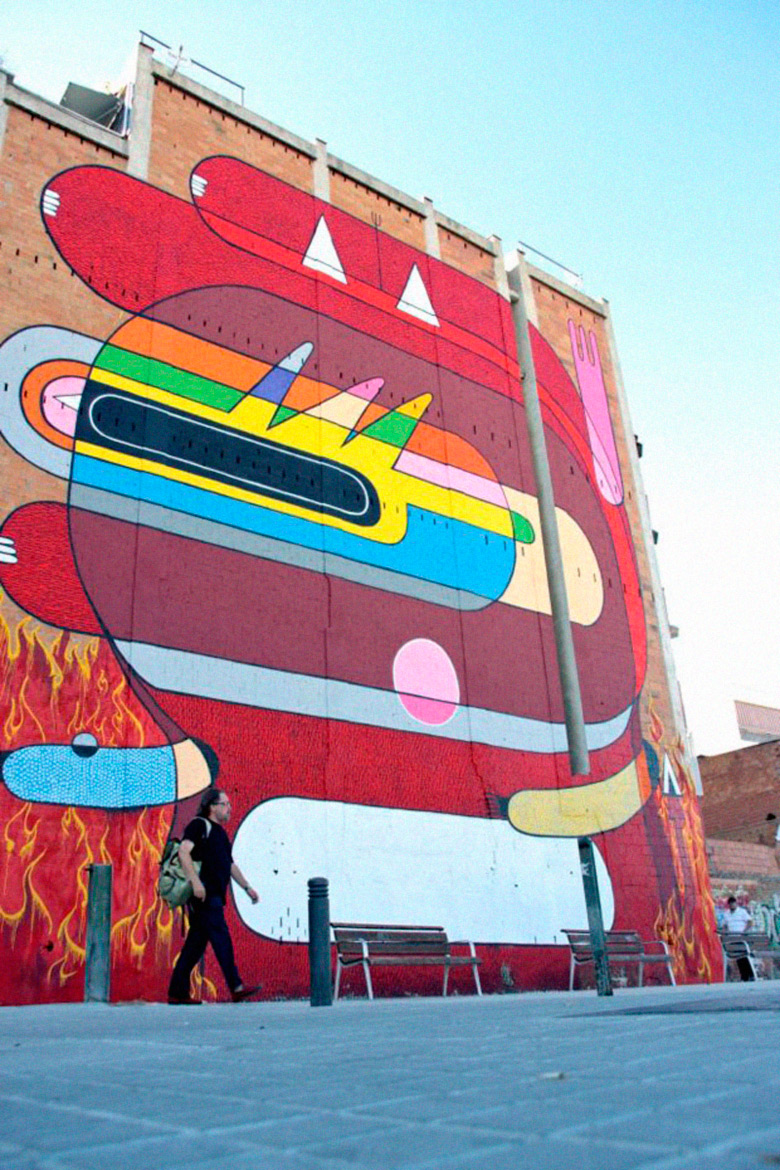 “It’s ABSURD in capital letters, once again the incessant victory of advertising in all spheres of daily life has left us with this graphic example of the appalling mental health diagnosis in our society.

The mural painted by Sixe Paredes for the Identitat(s) project that we designed and produced in Badalona in 2010, already seven years ago, has been indiscriminately eliminated. For those who don’t know, the project was completed within a curatorial framework with a vocation for social cohesion, in which different interventions were carried out based on two main pillars of the great things that define a city; its people and its icons. On one hand Jorge Rodriguez-Gerada did a tribute to people who inhabit and form a part of the concept of a city with the project “The Face of Badalona”, and on the other hand, Sixe Paredes, born and raised in the city, completed the mural dedicated to the great cultural icon, the Demon, bringing it from the center of the city and into the neighborhoods in an exercise to enhance a feeling of belonging; and now they’re selling us yet another product.

From my point of view there are many who are responsible for this. On the one hand we have the owners who saw an opportunity to obtain profit from their wall after it had been turned into a mural. It’s a profit that only benefits them, that is, in gaining a few quick bucks they sacrificed something that belonged to the whole city. On the other hand we have the advertisers and media companies whose scruples are void when it comes to the possibility of invading our landscape in order to sell more products past the point of what is needed. And last but not least, we have the competent authorities who allow these things to constantly happen, but I imagine they also took a good cut of the profits, seeing as though in order for the mural to be eliminated, someone from administration had to sign and stamp the papers or whatever, for a project that would have been presented with images of the current state of the surface and the plans for the foreseen change.

In any case, this a message for all administrations who decide on these types of cases that lie outside the margins of the citizen’s will, and who are the only ones who can change it:
ENOUGH WITH ALLOWING ADVERTISING TO INVADE OUR LANDSCAPE,
ENOUGH WITH ALLOWING SOCIETY AND THE CITY TO BE TRANSFORMED INTO A CATALOGUE OF PRODUCTS AND POLITICAL IDEAS THAT ALWAYS BENEFIT THE SAME PEOPLE.
ENOUGH WITH EXTERIOR ADVERTISING; WHOEVER WANTS TO SEE AN AD CAN TURN ON THE TV. THERE’S A THOUSAND WAYS TO ADVERTISE.
ENOUGH WITH TREATING US LIKE SHEEP IN SUCH A WILD AND BLATANT WAY.
ENOUGH WITH PUTTING SHACKLES ON ART MAKING AND ON THE OTHER HAND, ALLOWING THESE VISUAL AGGRESSIONS THAT ARE SOMETIMES OVER 1000M2 TO OCCUR, AND TRY TO GET US TO CONSUME EVEN MORE.

So, here is the diagnostic, and it couldn’t possibly be any more graphic.

THE IMAGINARIUM OF: DAVID L