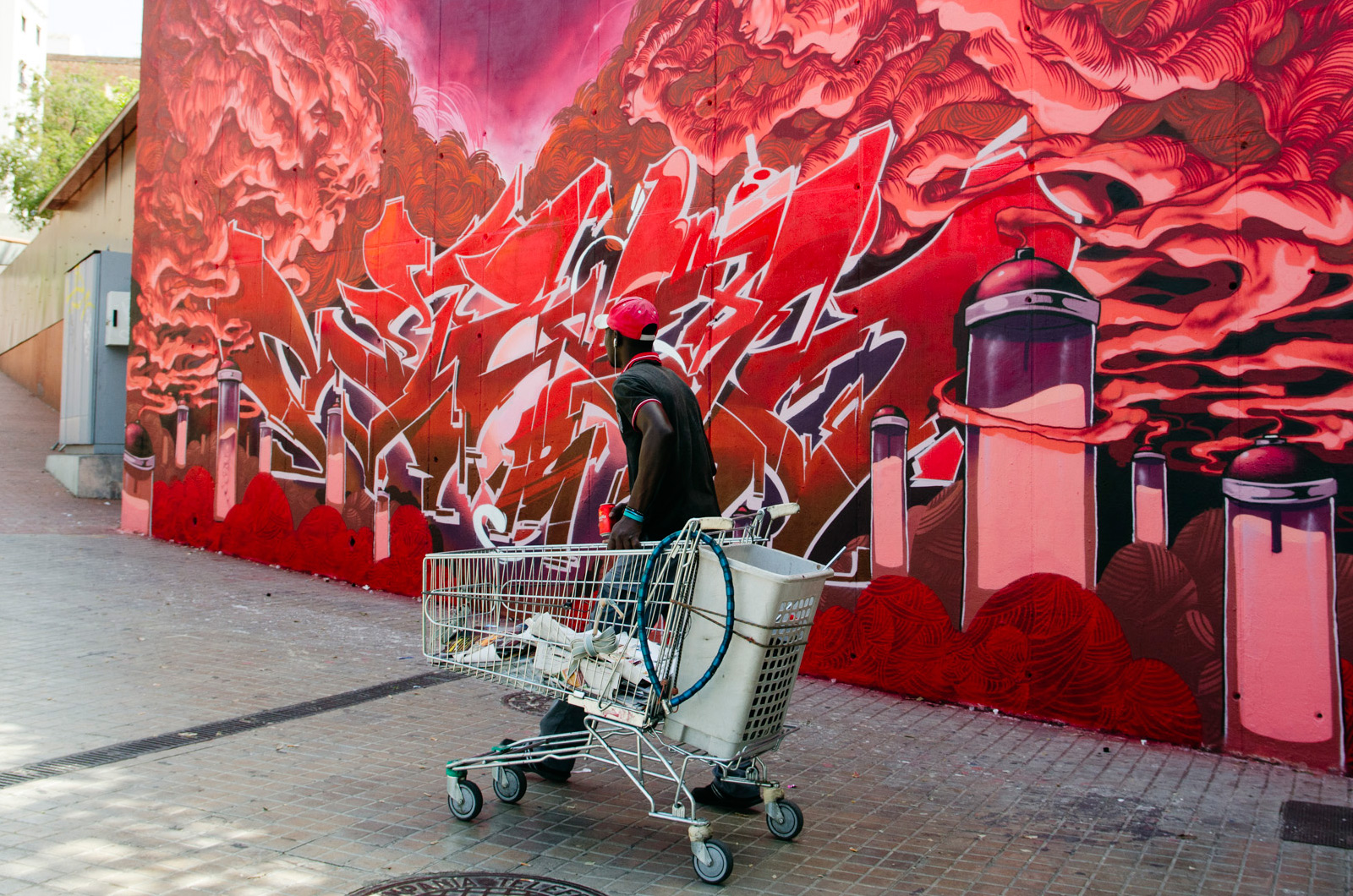 After the more conceptual types of interventions that the “12+1” project has been hosting, they’re recuperating the street graffiti essence with a very particular guest. Miedo12 is a writer based in Valencia who’s characterized by an elaborate wildstyle which is always accompanied by comic style illustrations. Contorno Urbano has brought the writer to the La Torrassa wall in order for him to let his creativity unfold on the enormous surface. The resulting intervention is titled “La nada más que infinito” and was once again documented by Clara Antón‘s photos and David B Rock‘s video efforts.

“Everything is born from a whisper projected through the subconscience, giving form to an idea that ends up creating a hologram where the beginning and end are letters. 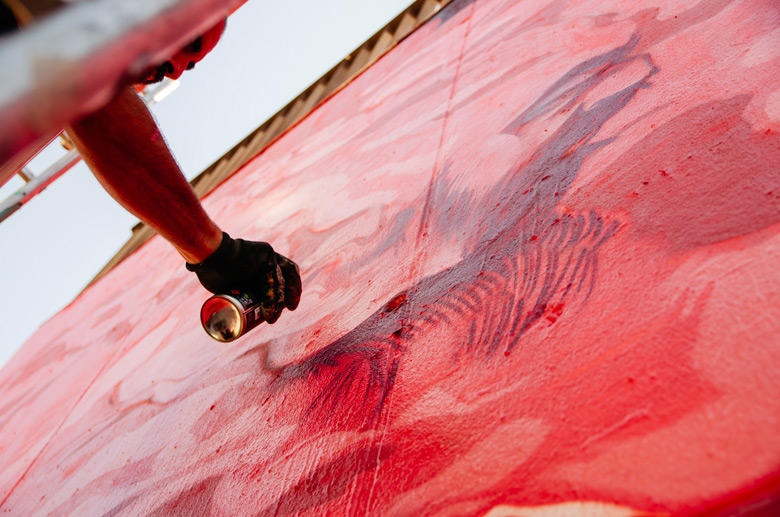 It’s a creation cycle similar to that of water; in the same way that a drop of water is the beginning of it all, in this case aerosol would be the outpouring that generates the clouds of inspiration that, together with the rest of the droplets, become the learnings and life experiences. All of this is necessary to generate the whisper in the clouds that originate the letters. They are just an illusion of finite time that at the same time is long lasting in the memory. Everything repeats in cycles at an incessant rate to create letters.“ 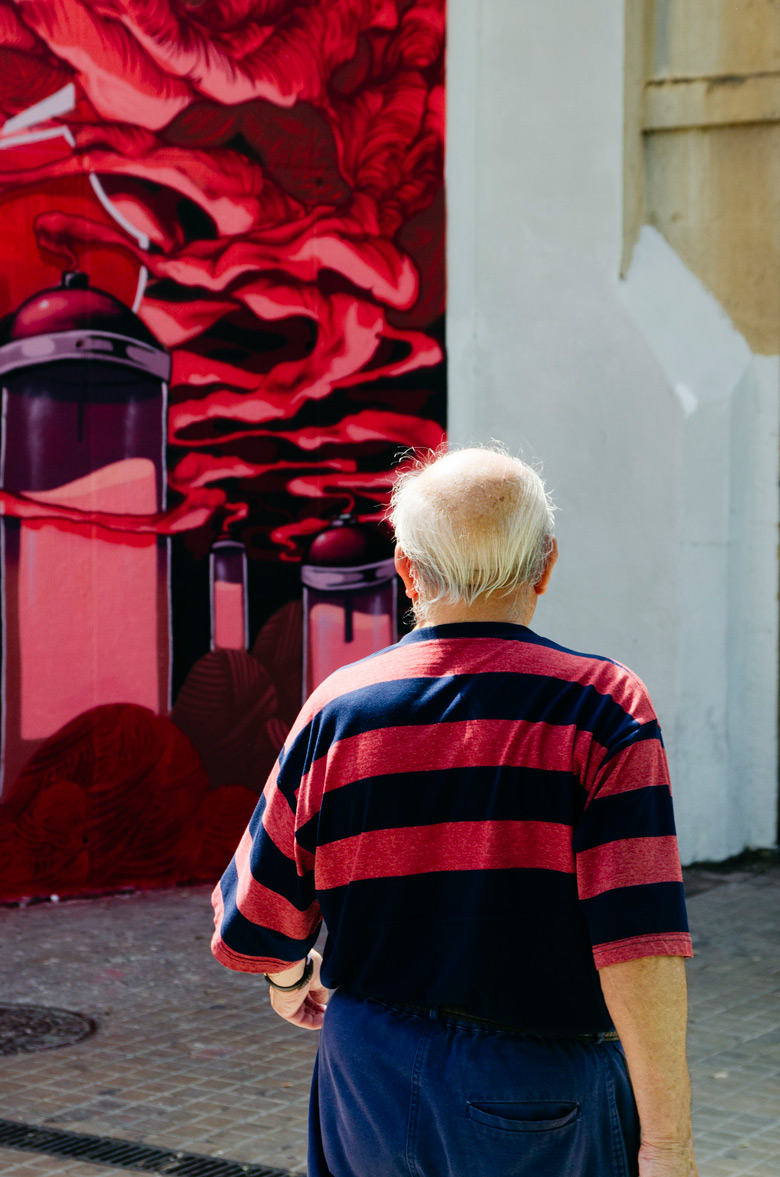 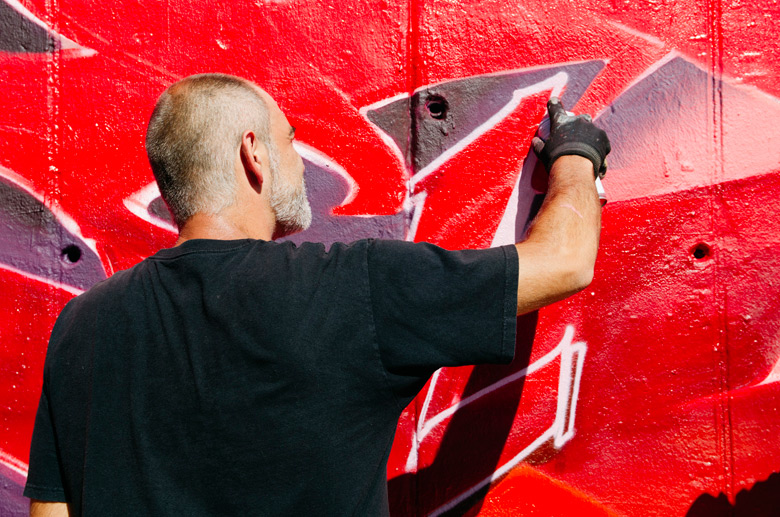 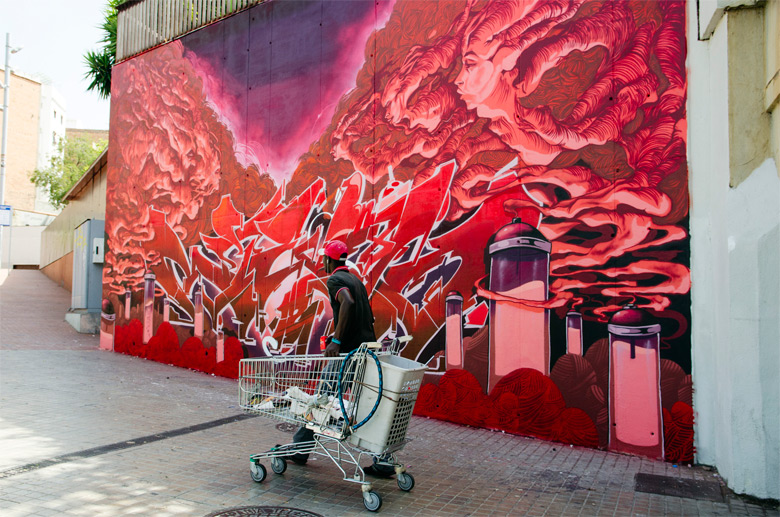 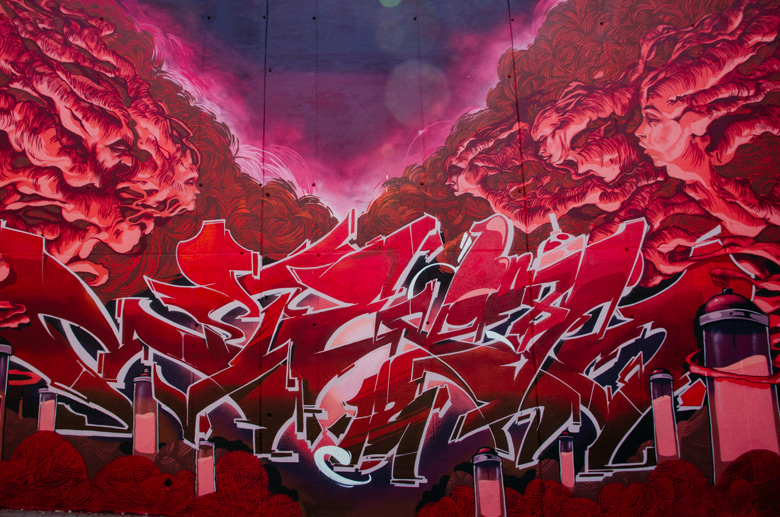 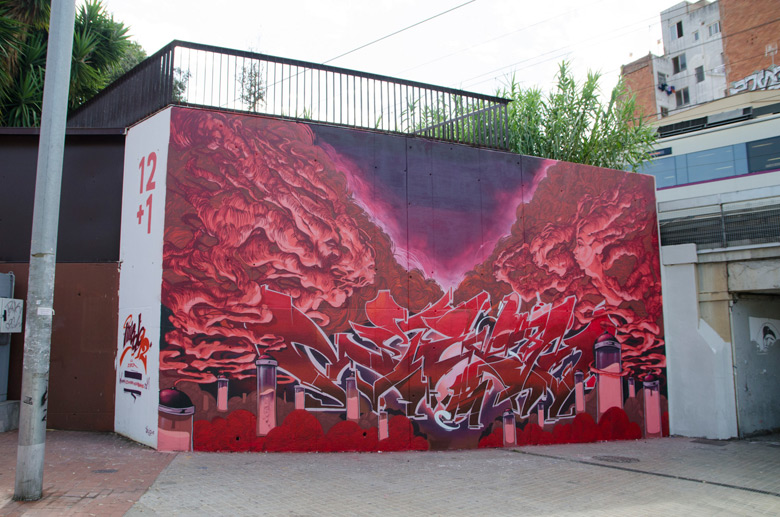