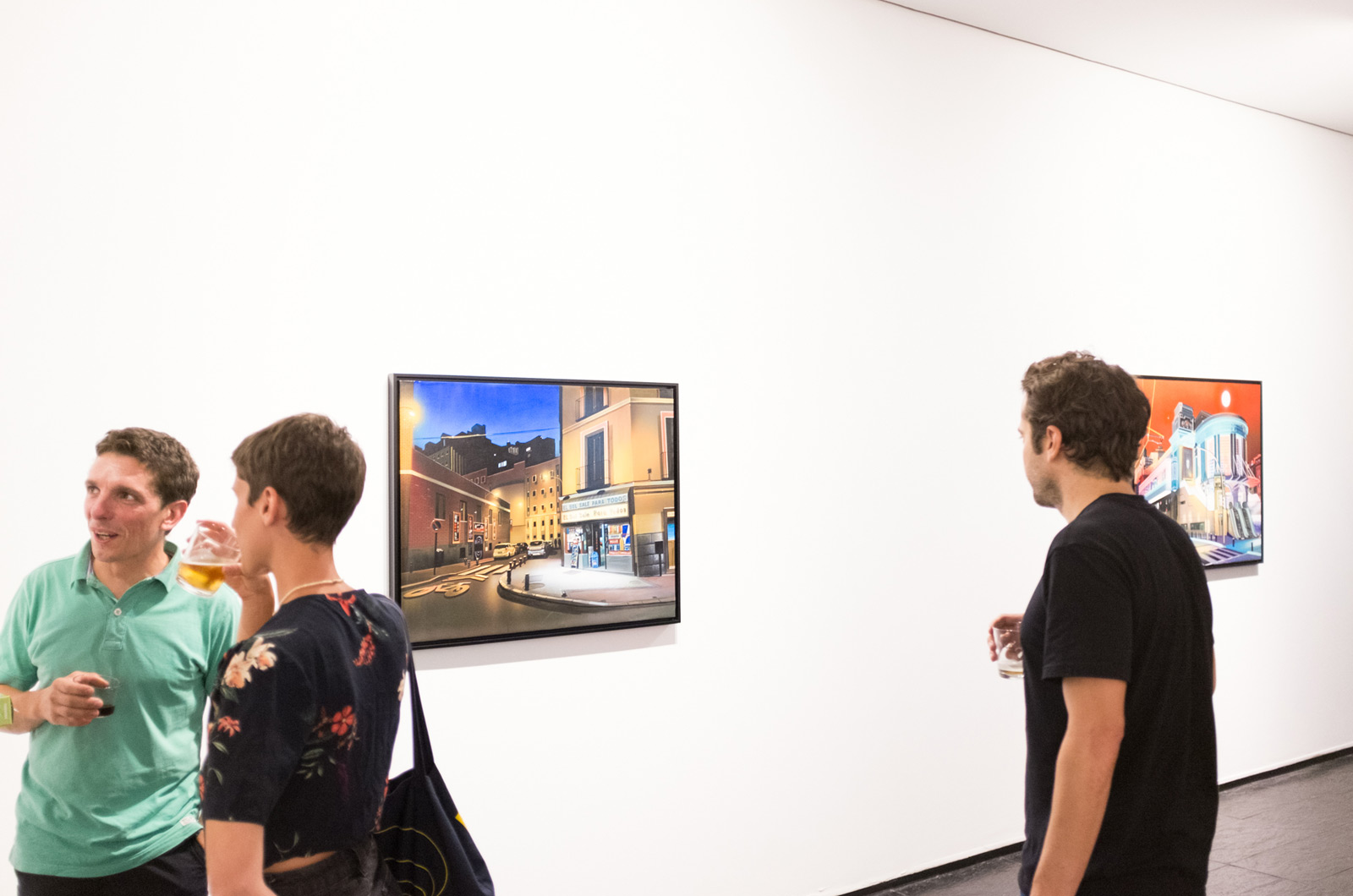 According to the author, “400 iso” is the “first solo exhibition by Spok in Madrid”. Kreisler gallery is the space where a handful of his new artworks have been gathered, amongst which you’ll find canvases of different formats and four wooden sculptures and neon tubes that spell out the name Spok. 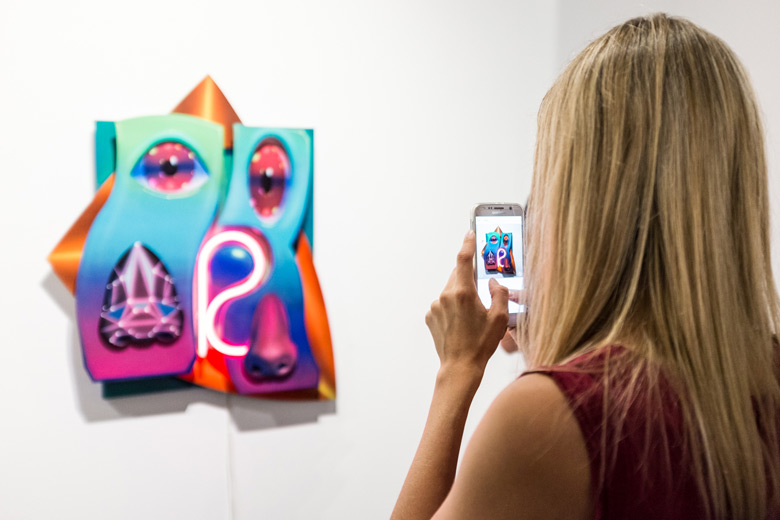 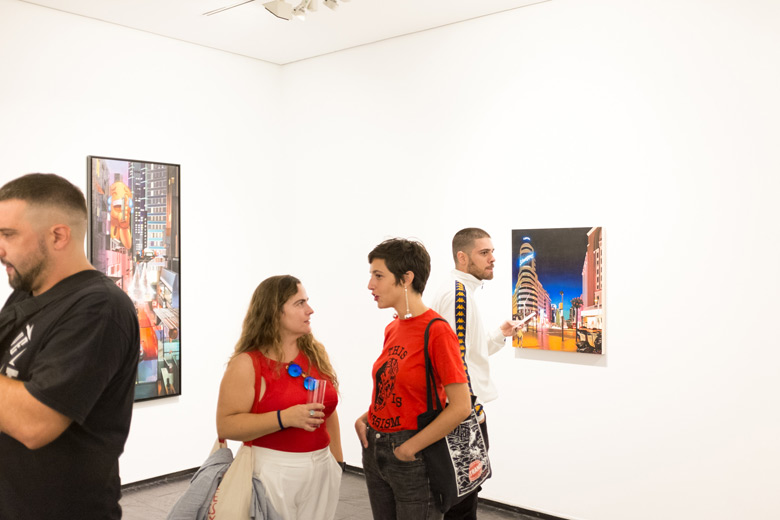 Titled in reference to a type of film sensitivity, the Madrid artist evokes the photographic and luminous components in his pictorial work. The relationship can clearly be seen by both, the striking realism in his work and the importance of illumination and colors in the distinctive urban scenes of his compositions. 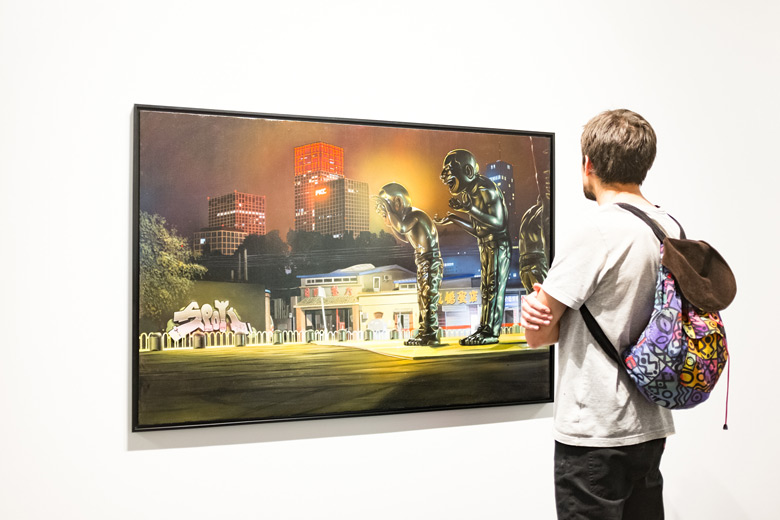 In the analogue photography era, the 400 iso film rolls were the ones that allowed train writers to take better night shots of their pieces with the legendary Olympus Mju cameras. That and many other nostalgic tips of the hat rise to the surface in some of Spok’s paintings, specifically one in particular: the map of Madrid. 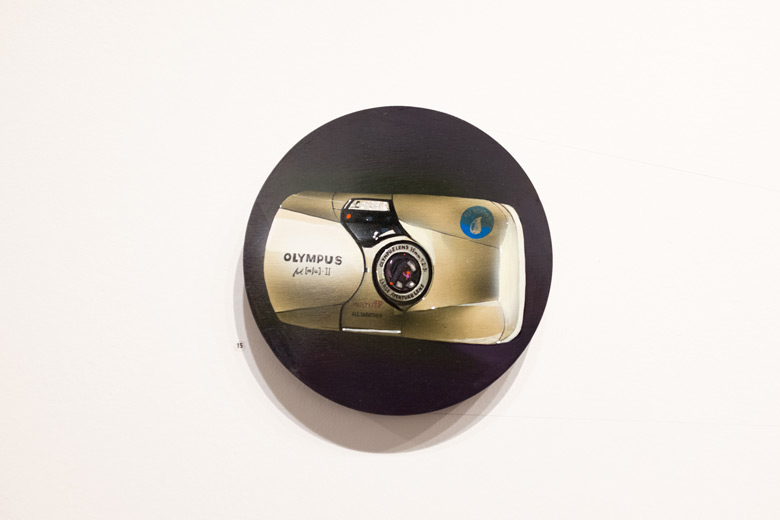 The artist unfurls this knowledge from the playing field that he acquired during the golden age -late 90’s- of graffiti in the capital. There, he let’s us in on the most potent writers’ names from each neighborhood, pieces and legendary action from the innumerable clothing robberies they perpetrated during shop visits. Writers like Shas, Thow, Tala, Mad and Buny all have a place on the map, together with street artists like Okuda o Nano4818 and names of important places within the Madrid street culture circuit like the courthouse or the El Corte Inglés shops. 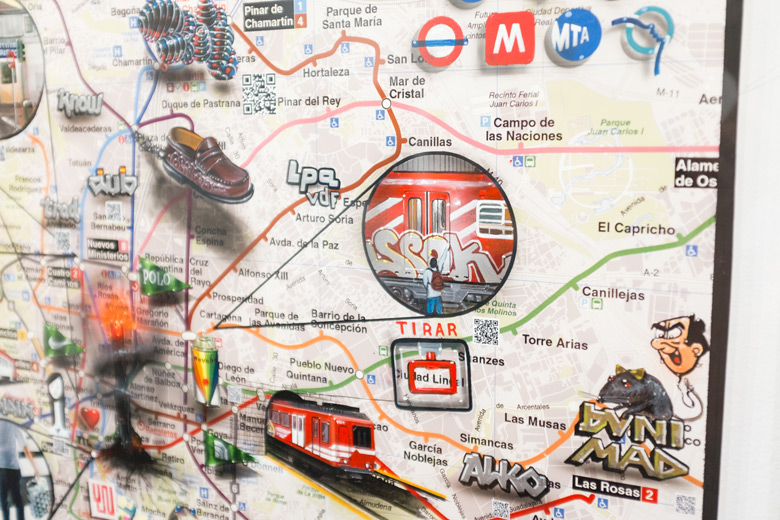 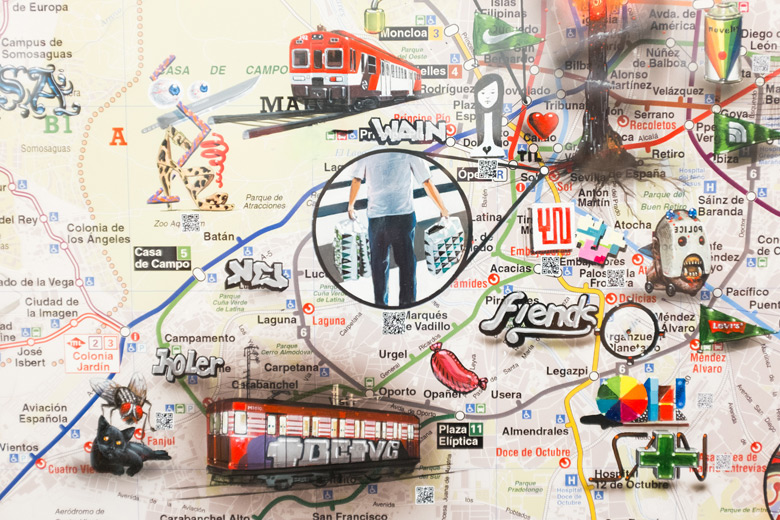 The nocturnal scenes transport us to a mysterious city that is as illuminated as it is empty, in which specific surreal elements offer the viewer an added demented experience for contemplation. It’s an almost dreamlike experience in which Spok demonstrates that his paint brush is in better form than ever, both in terms of production and technique. 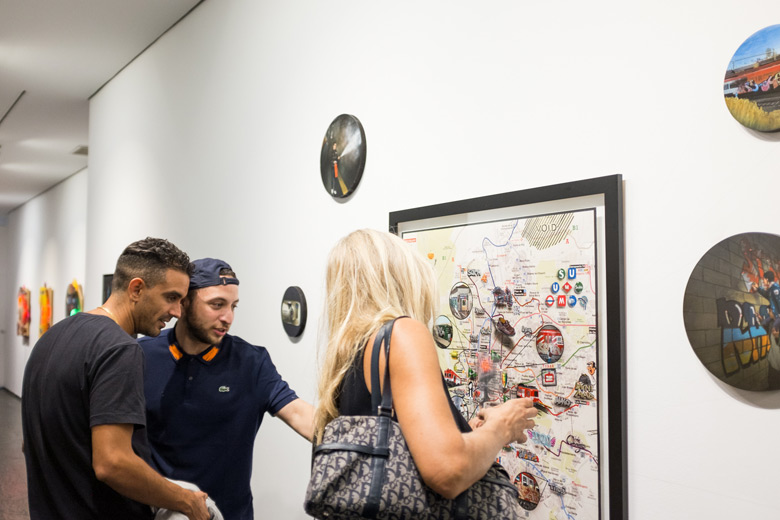 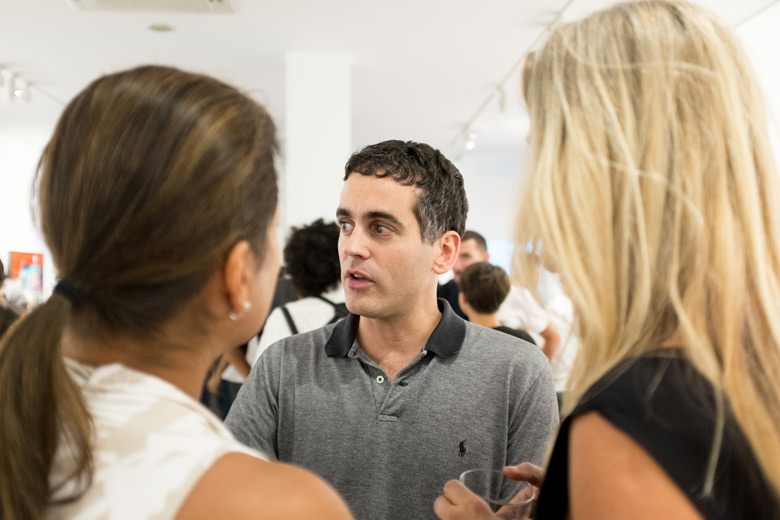 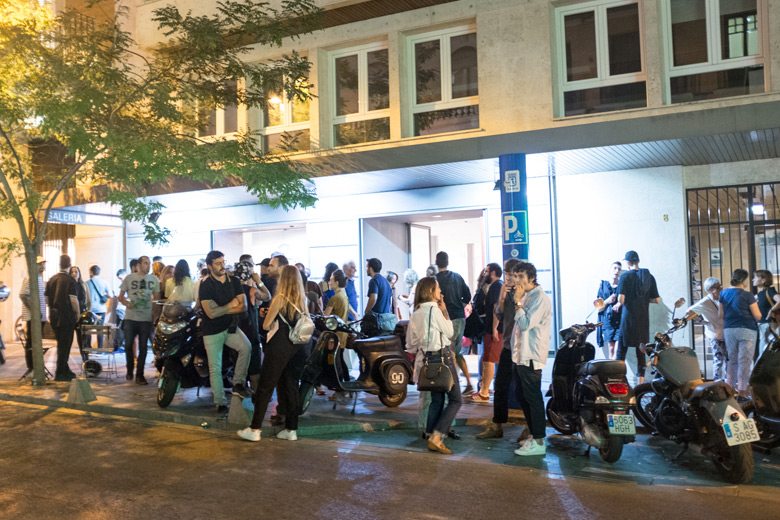