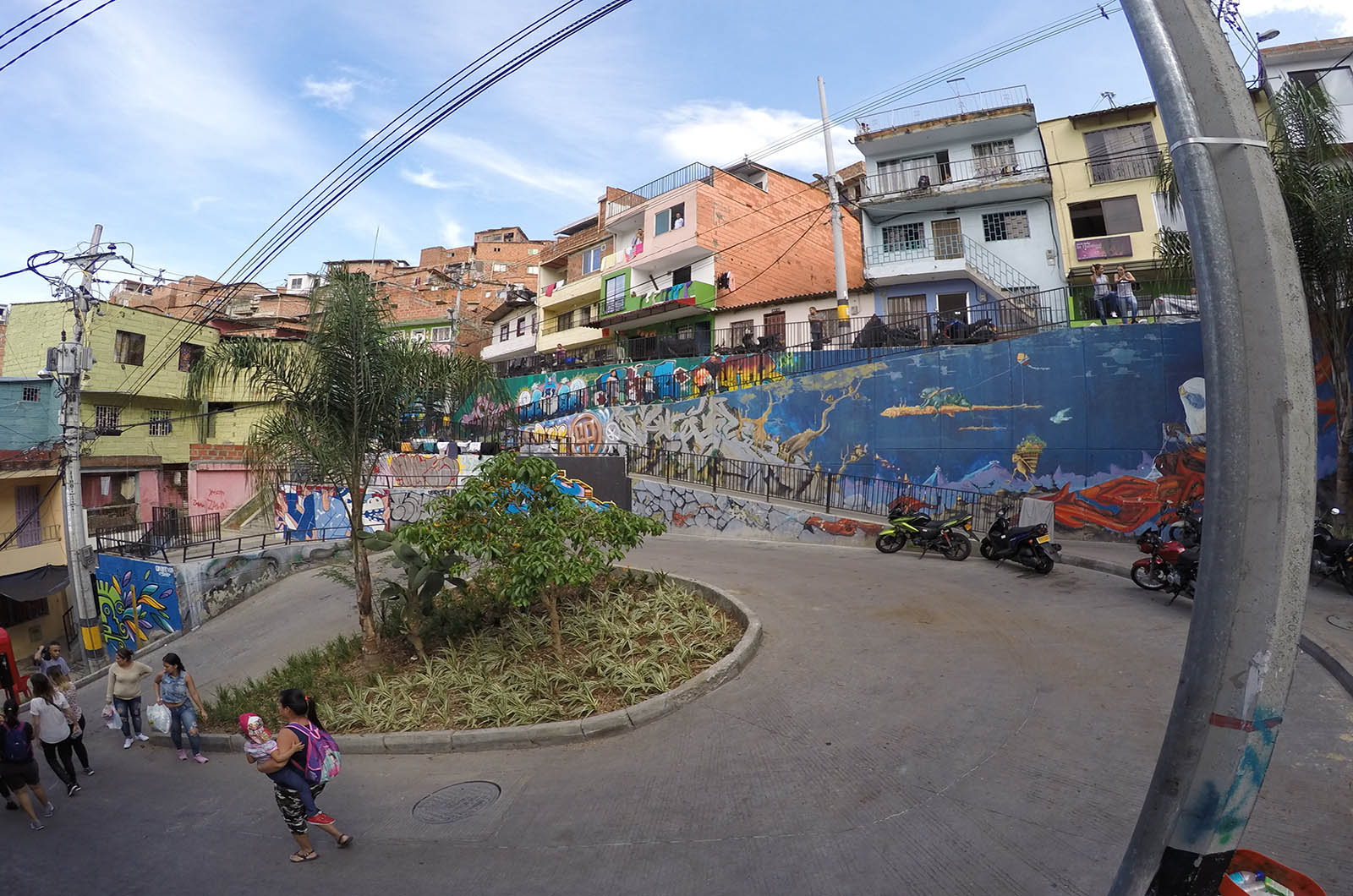 This could be a story; one of those stories that’s beautified by the West to give a happy ending to a dark and violent story in order to finish one of those lugubrious chapters from the modern history of mankind. But luckily this isn’t so.

Medellin (Columbian) has reinvented itself and been transformed into a beacon for cities in a similar situation.The famous San Javier neigborhood or Comuna 13 is living proof of this 180º turn around. 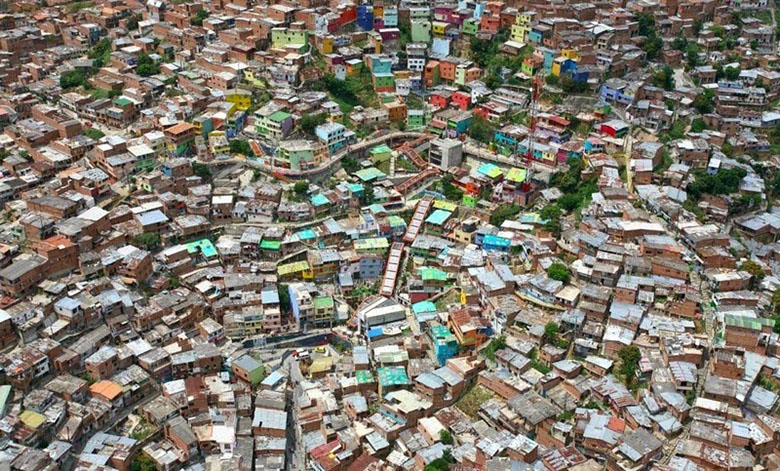 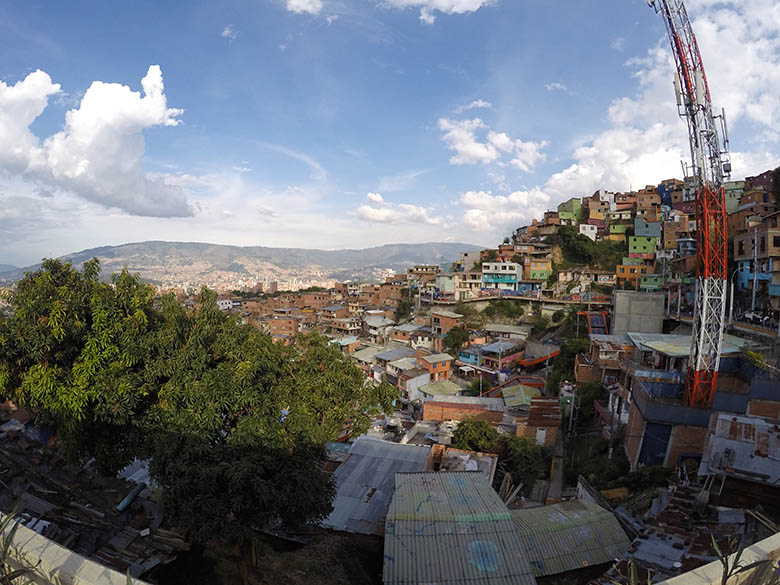 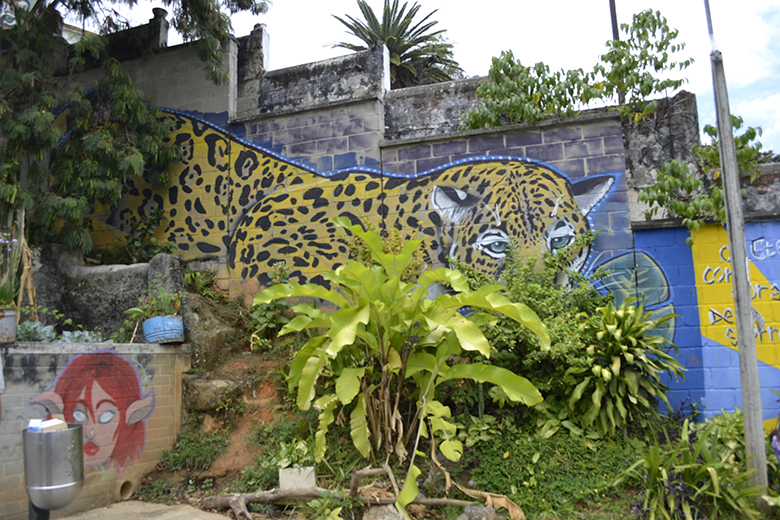 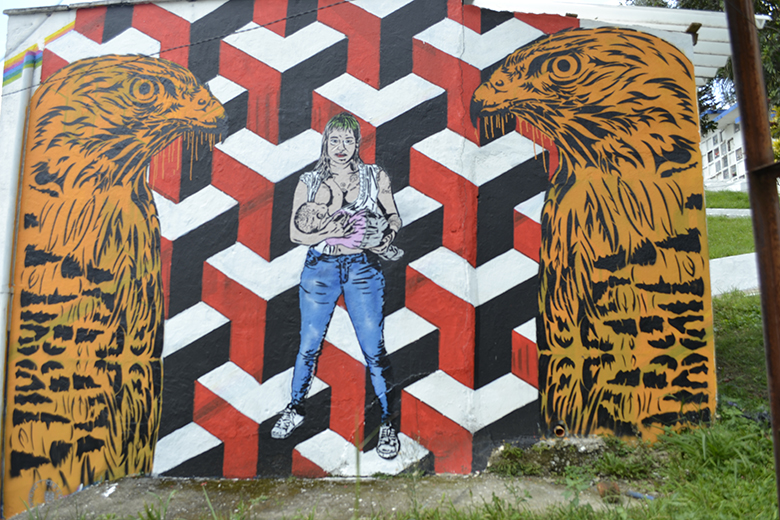 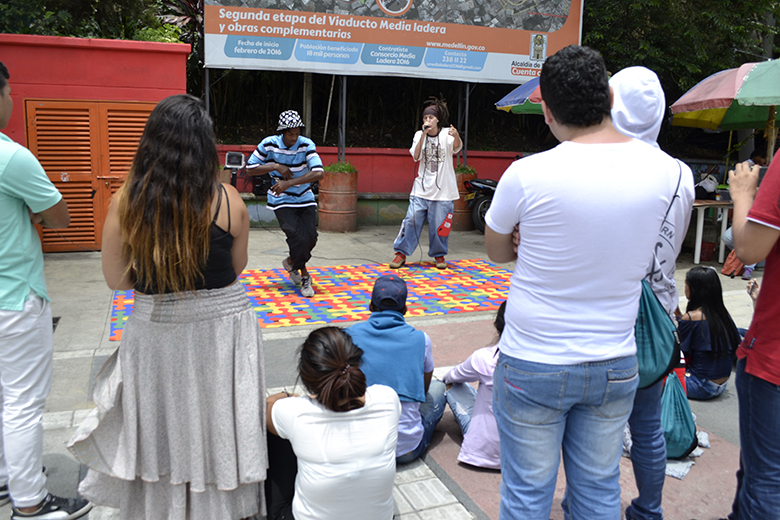 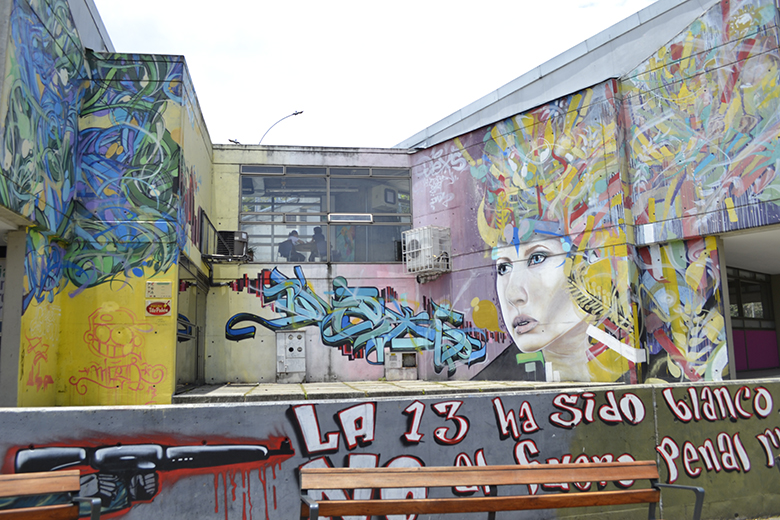 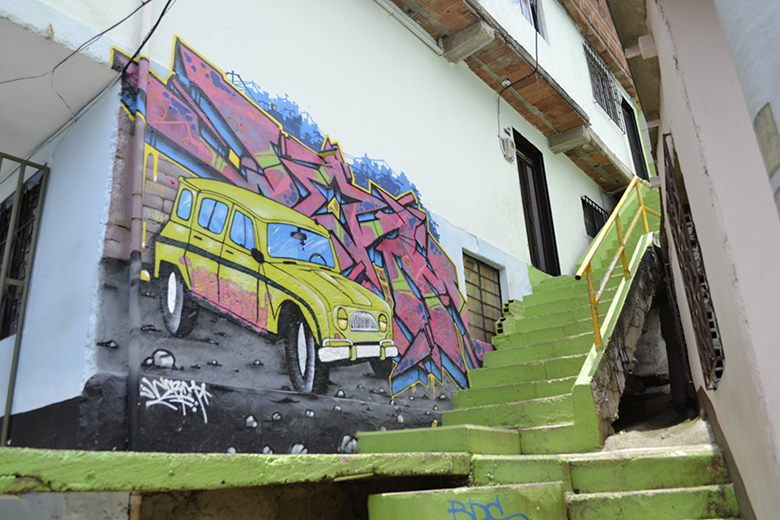 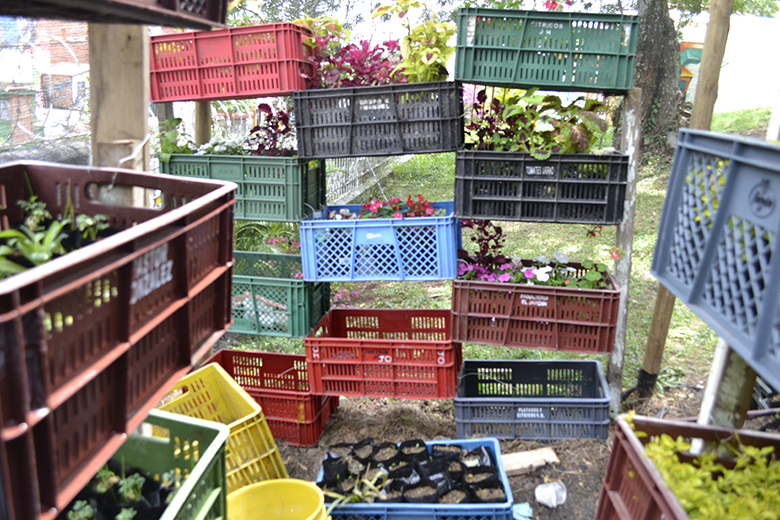 This area which has seen over 3400 people disappear due to 22 operations between the military and guerrilla has turned over a new leaf.One of the ways they did it was through graffiti.

Jeihhco and Perrograf decided to create the Graffitour ; while one used words and the other used paint, they decided to narrate the history of the area through seven murals. This wasn’t their only goal though. They also intended to demonstrate and remind people about the numerous good things about the place. Since then, eight years have flown by. 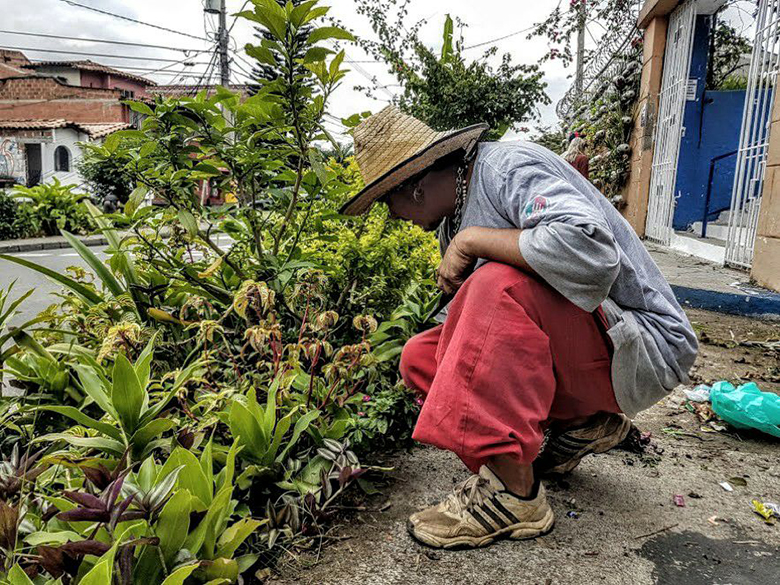 As a result, first from a visit by the Mi Sangre Foundation by the artist Juanes, and then with the following influx of people interested in getting to know the history, the place and what it has to offer, little by little everything changed. The neighborhood has transformed into a living gallery where over 70 national and international artists have already painted.

Thanks to this process among others, the physiognomy of the area began to improve, the state invested in it by updating facilities, and some private businesses began to subsidize artistic events.
From once being the most violent community in Medellin, it has transformed into the most visited part of the city. 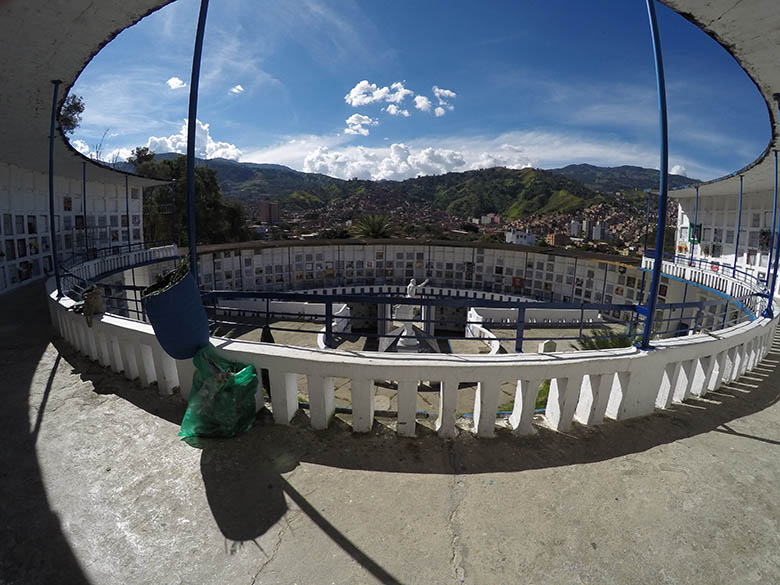 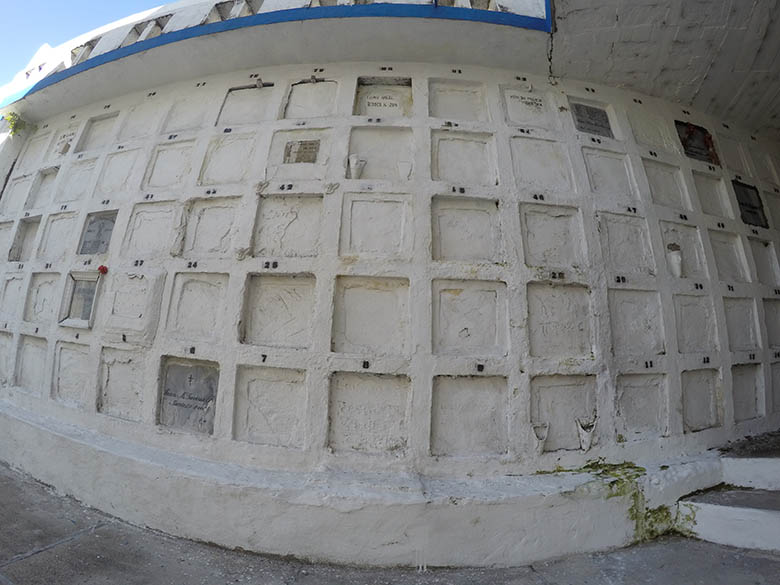 These niches belong to the NN (without name or number), people who have not been claimed by anyone. 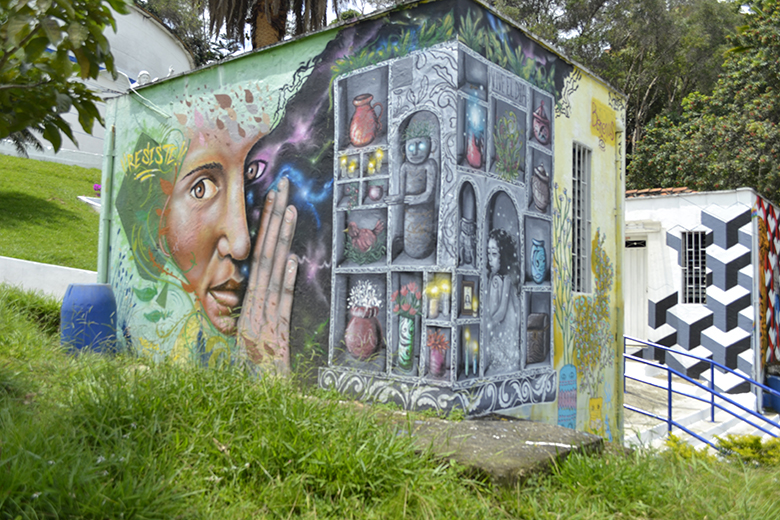 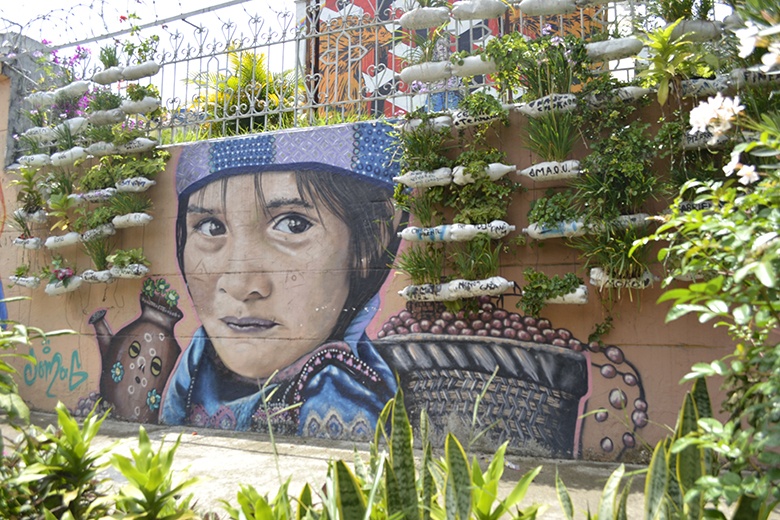 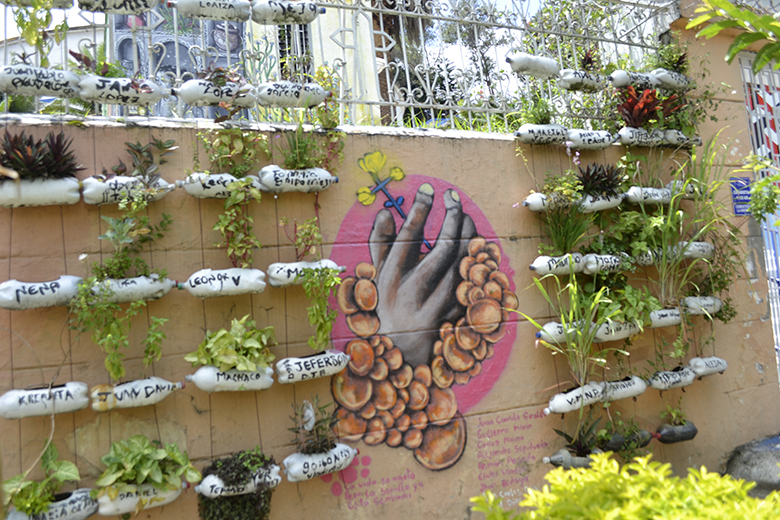 Coinciding with the Pictopia Festival that takes place in Medellin from September 4-25th, a bunch of artists, Chirrete, N30, Mocre, Musa71 , Juega Siempre, La Furys  and Mariana Palomino who were invited by Aka went to paint one of the walls of the Americas cemetery as part of a project called Galeria Viva. 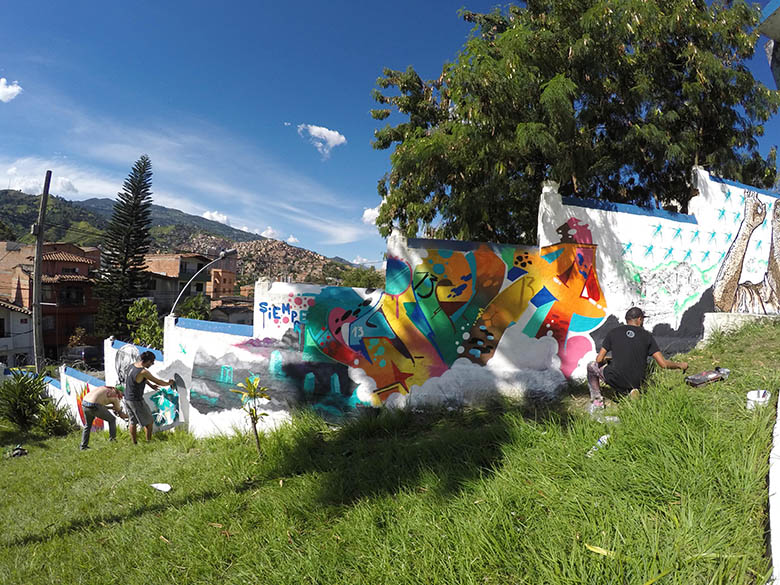 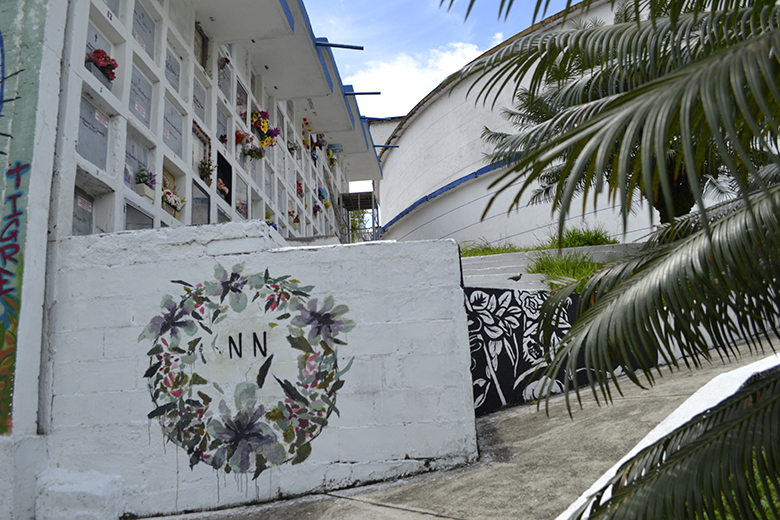 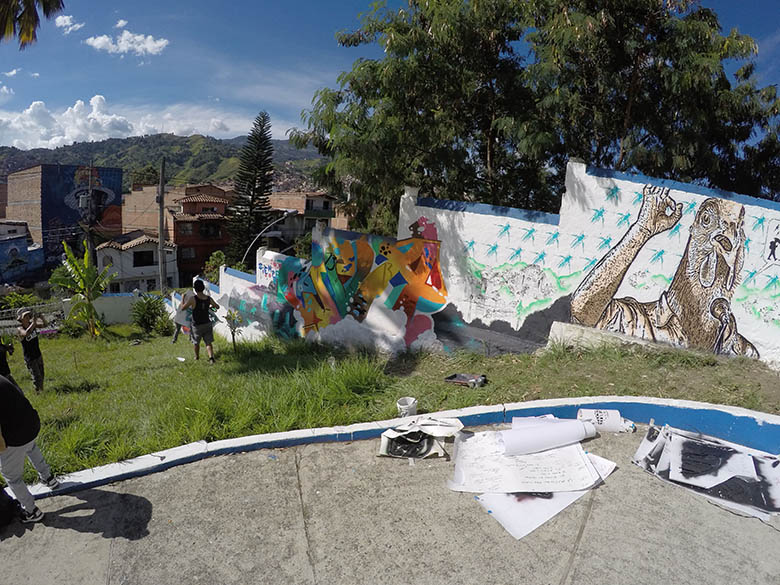 If you’re interested in the subject you can find out more about other big projects that are cooking up in Comuna 13 such as Agroartes, Ami (Association of Mothers for Independence) or Casa Kolacho. 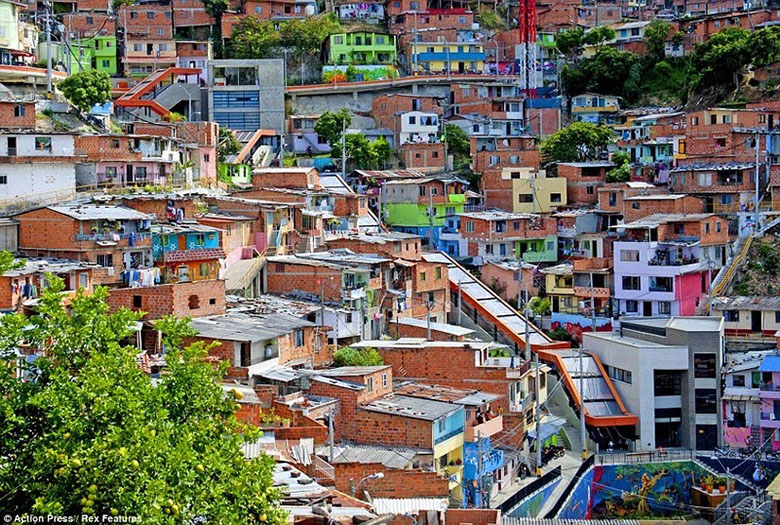