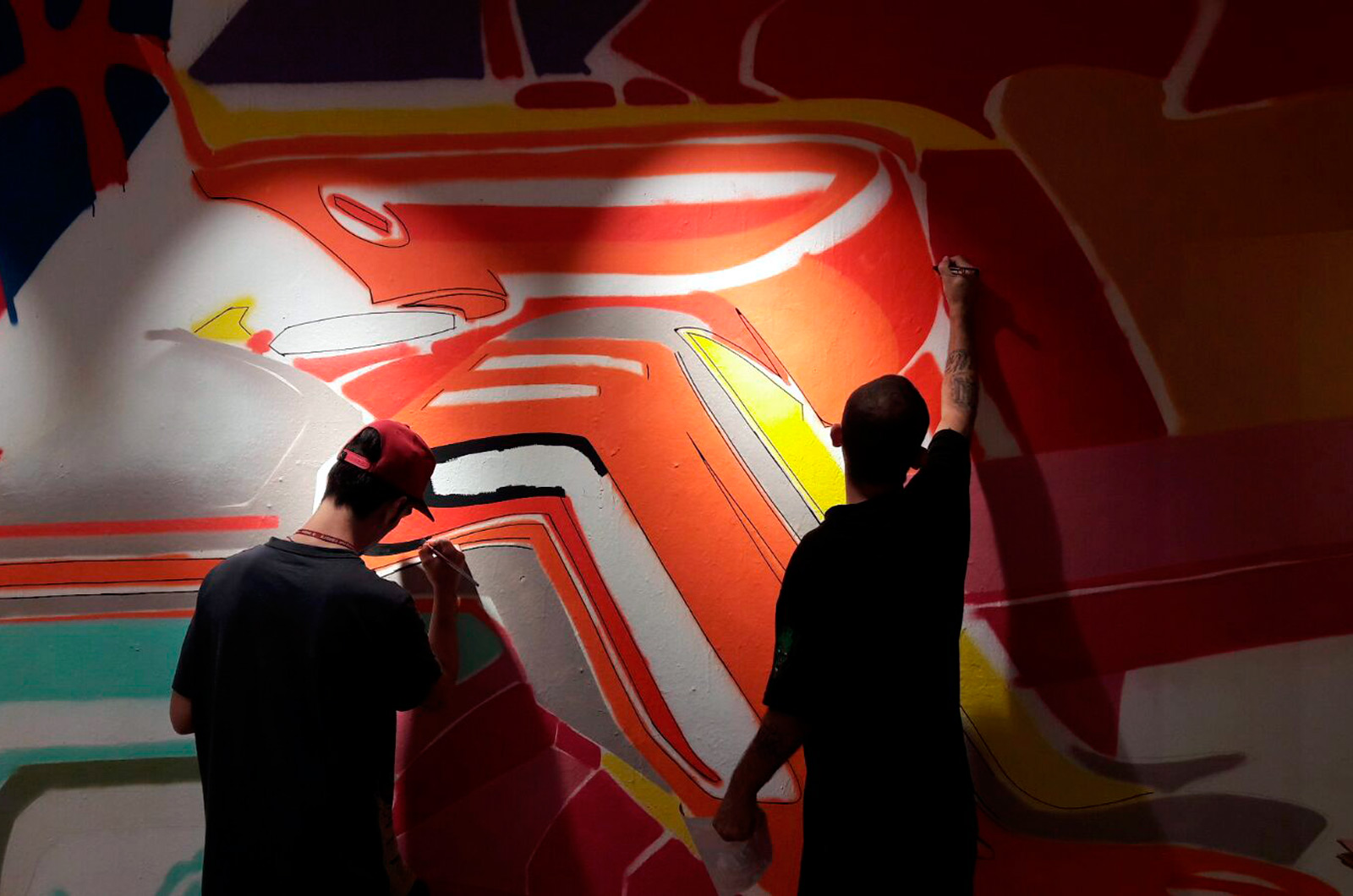 Here at MTN-World we’ve analyzed Pro176‘s style from different points of view with periodical publications about several of his masterful murals, to an analysis on his laborious sketches, and even an interview on the occasion of the release of his book COSMONOMETRY. However, there is one facet of this Parisian artist’s repertoire that we might have overlooked but maybe it was because we’ve been awaiting anxiously for this moment- his equally important pictorial work. 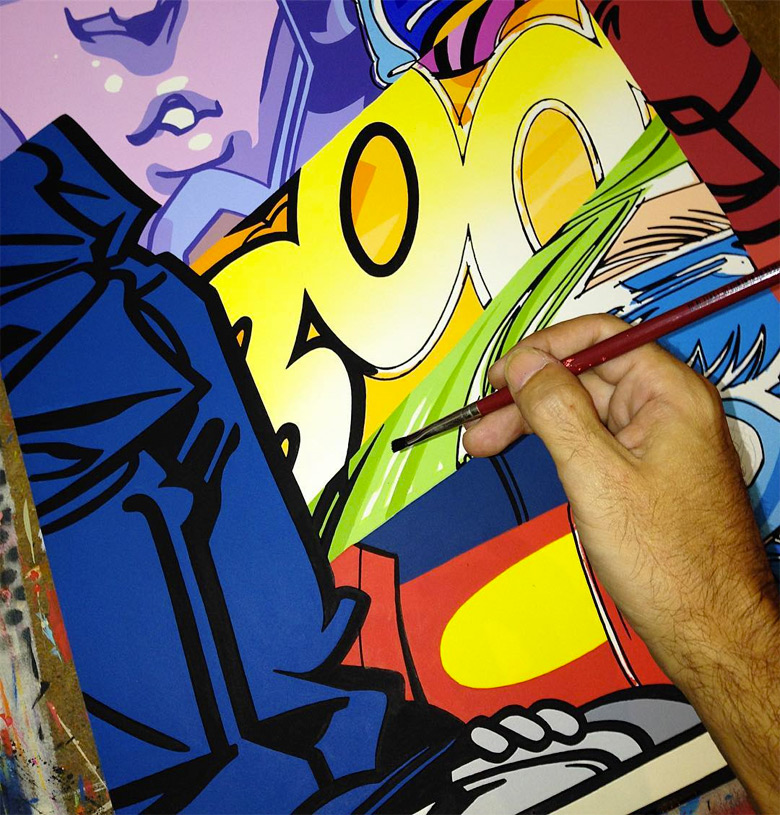 Finally, Montana Gallery Barcelona welcomes Pro176’s works on canvas. The official Montana Colors exhibition space becomes a door into his universe where psycedelia pulls Jack Kirby‘s iconography towards suggestive, figurative abstraction. Pro’s work, which is capable of transmitting sensations that glide between pop art’s colorism, the epic nature of futurist comics and demonstrates a coherent concept of style, arrives tomorrow at the most celebrated urban art gallery in Barcelona and will remain on view until November 25th. You would be down right crazy to miss it.

We’ll leave you with Antonio García Mora‘s words that accompany this exhibition’s show flyer and provide an exciting introduction to the work of Pro176. 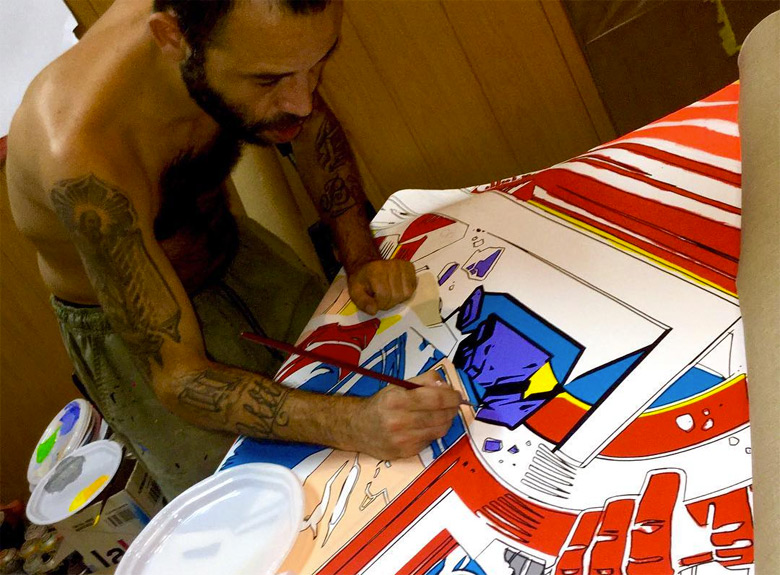 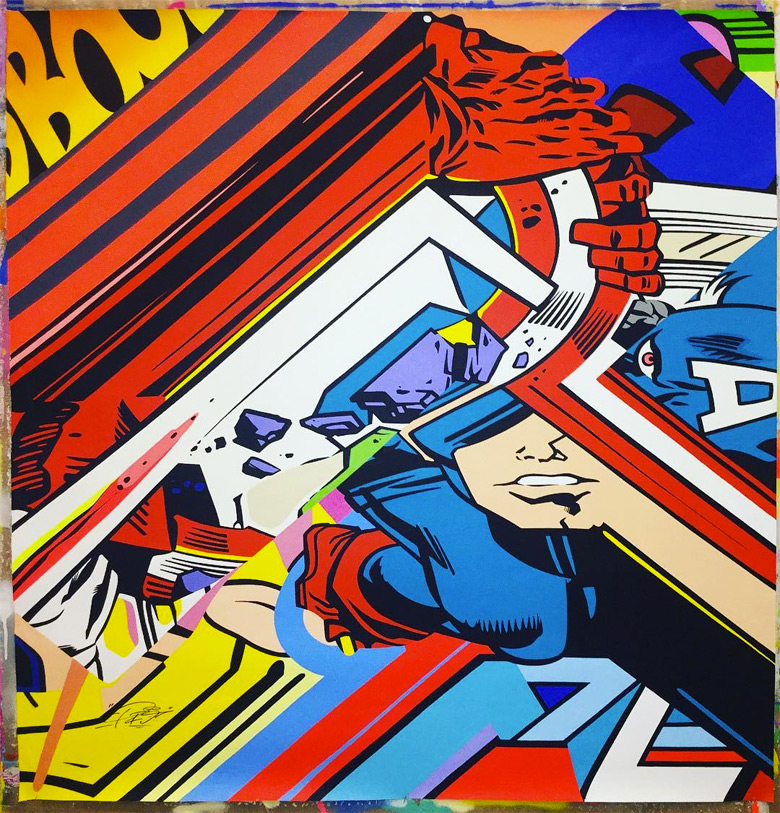 “Imagine a 5 year old kid in the suburbs from the outskirts of South Paris trying to copy illustrations that he would find in the classic North American comic books by Jack Kirby. A mind absorbed by a fantasy, fictitious world that attempts to evade a foreboding future for a lost generation, full of wasted talent.

Imagine a teenager hitting the streets and trains of Paris hard with wild throw ups with precise technique. One of those privileged few who was born with the virtue and gift for graphic creation; from the mind to the paper, from the paper to the wall, and then from the wall to the studio. 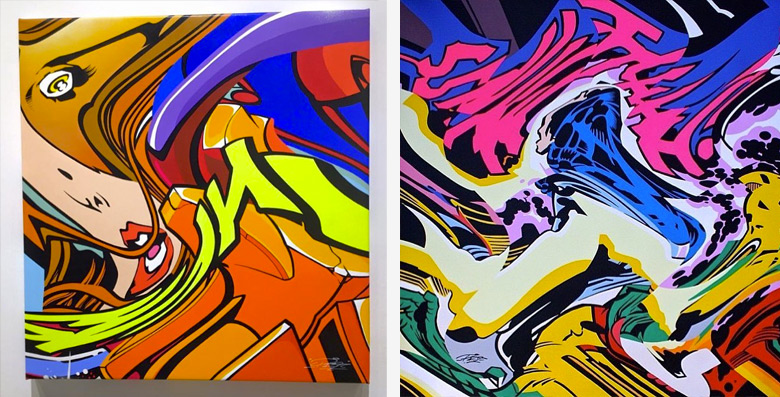 Imagine a studio in Valencia where Jazz, P-Funk and Rap is playing. A table and walls filled with canvases and heavyweight papers soaked in acrylic paint, where open portals into infinite galaxies and parallel universes are represented. 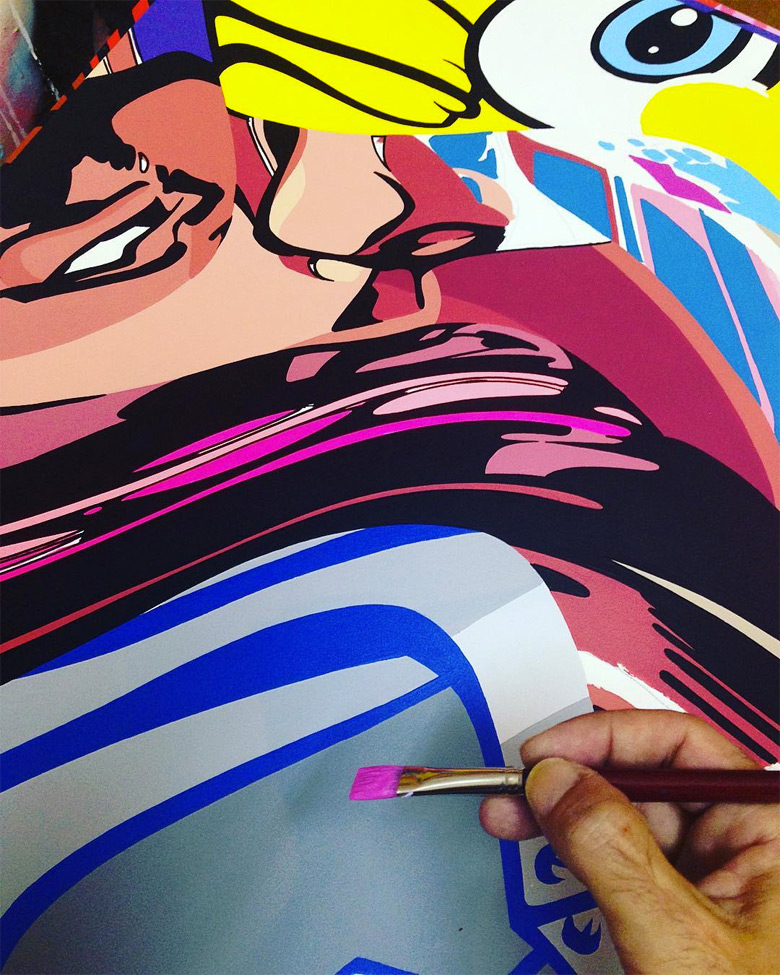 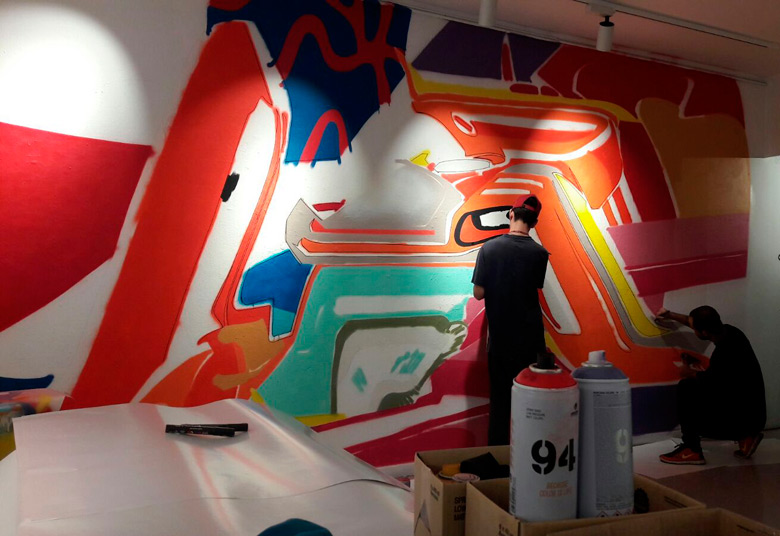 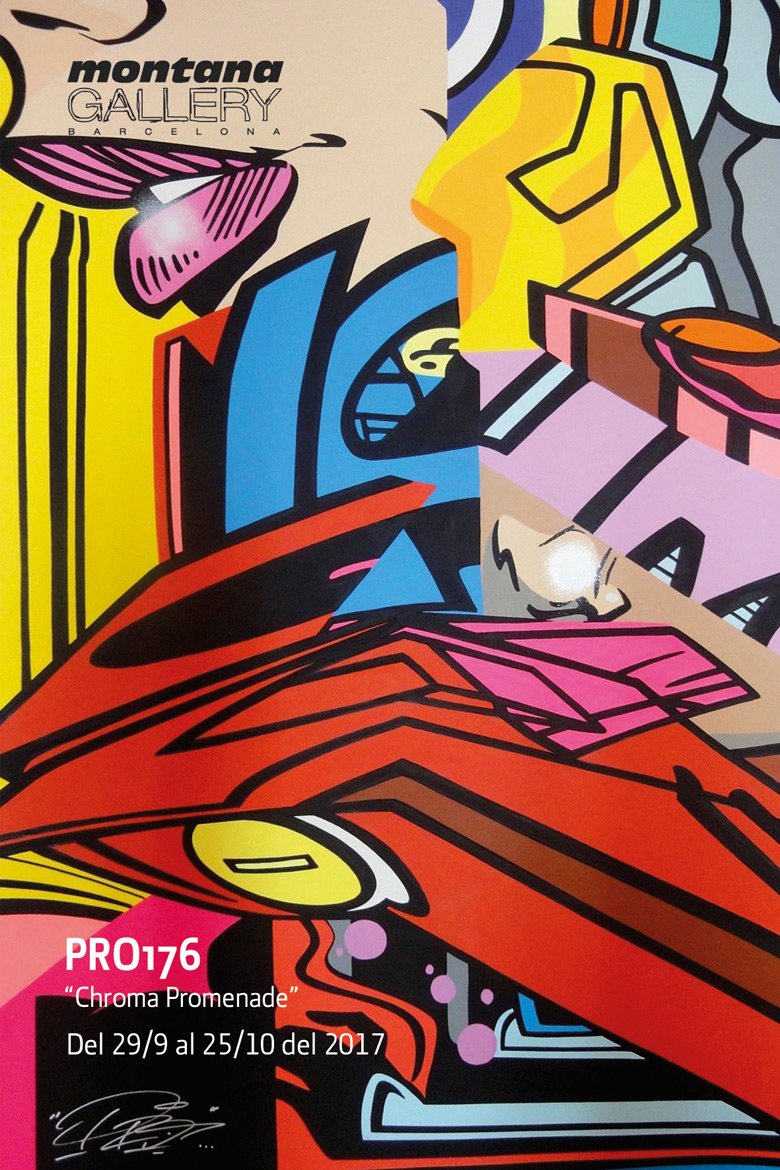