THE ONO’U FESTIVAL HAS BEGUN! 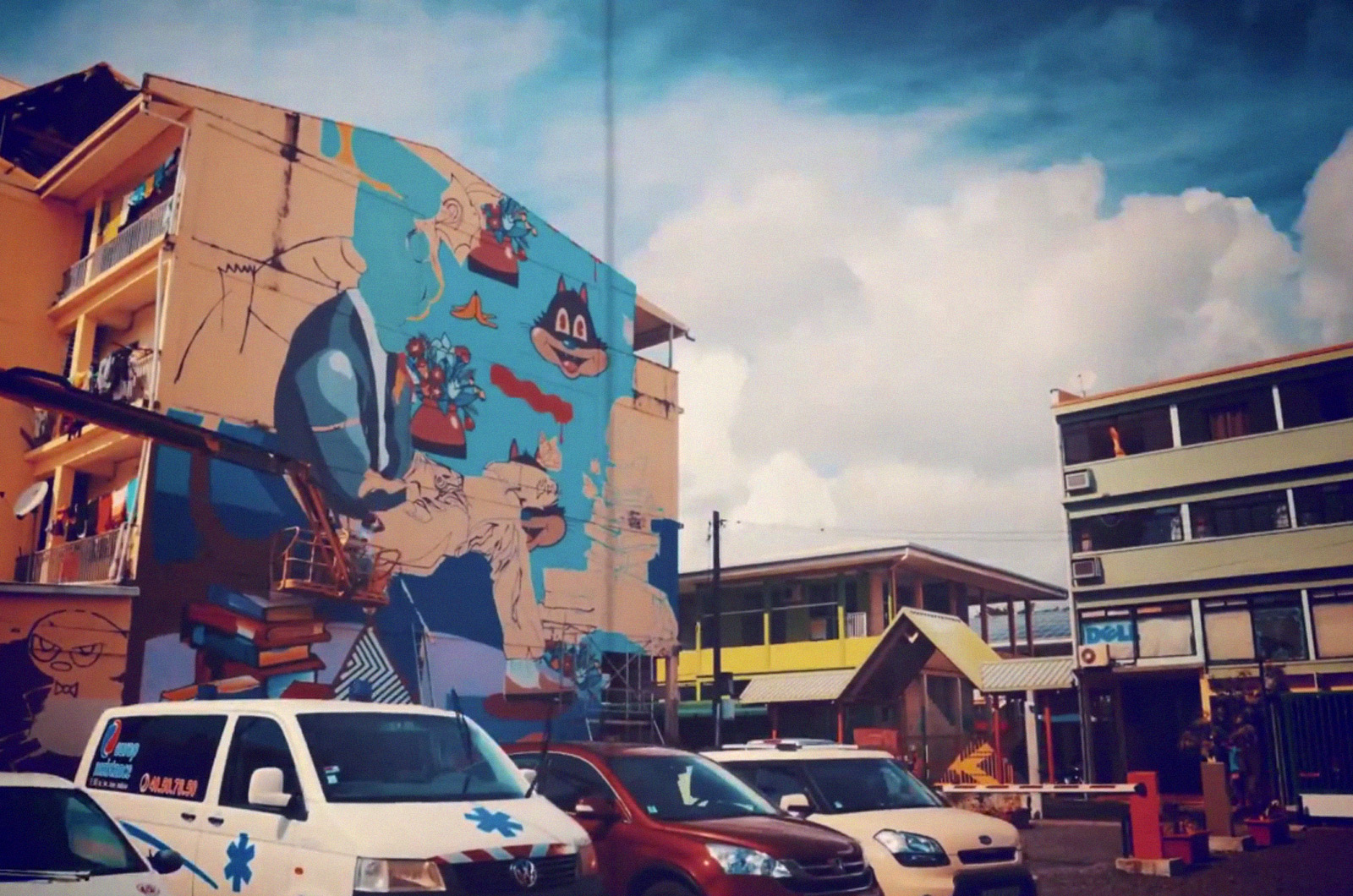 The 4th edition (October 1st to 11th) of the ONO’U festival in French Polynesia is already under way.

The first event is expected to be held on Sunday 1st through a opening night to be started at 16:00. Various artistic interventions will be held in the center of the city with different local and international Artists.

The festival in itself will be held in Papeete till the 6th, and later continued in Raiatea between the 7th and 11th of October with the creation of new large scale murals, contemporary urban arts acts and other daily surprises.

The New Zealander artists Phat1 and Lady Diva will also appear among the invited artists as well as Abuz ( winner of the first prize for best Polynesian graffiti artist 2014 ) and Rival, a young Haitian artist which collaborated with Seth on a mural made in Papeete during last years edition. Just like during the earlier editions, young local graffiti artists will attend the walls together with international names throughout the meeting and its creative exchanges.

The organizers have also planned to renovate the interior spaces of the Tahiti Museum of Urban Art for this edition. This modern and unique place (located in the Vaima Center of Papeete), created in October of 2016 after the previous festival edition, is the only Museum of Contemporary Urban Art that exists on a French-speaking island.

To finish up this 2017 edition in a beautiful way, another event is scheduled for October 8-11 on the island of Raiatea where the international graffiti festival will be moved for the second time.

There, more walls will be painted in order to extend the tour which began last year in Uturoa. Performances will be carried out, allowing those who weren’t able to watch the artists in action in Papeete, to be able to see them on the island of Raiatea. Beginners workshops will also be offered for young ones and their families.