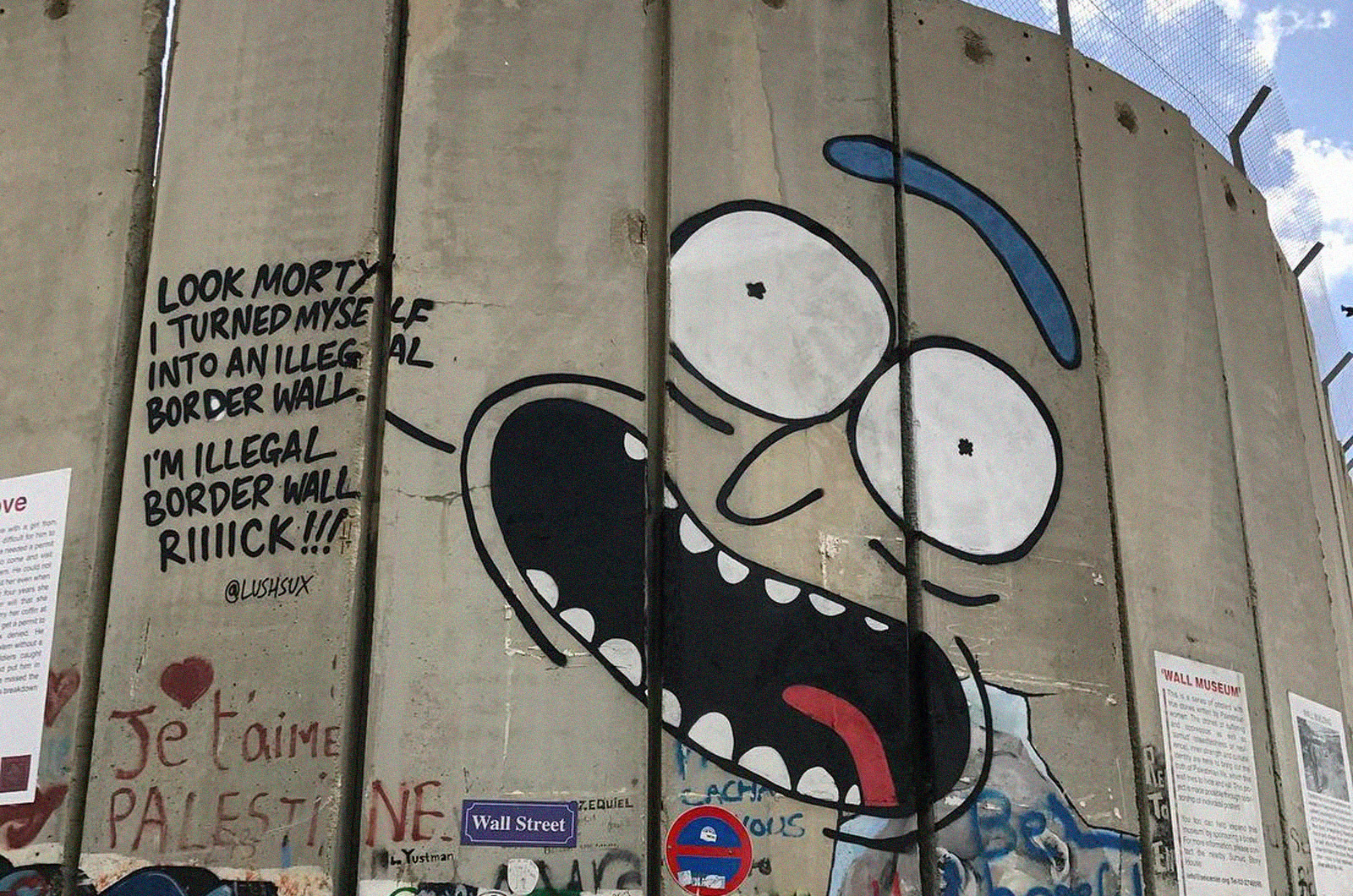 The controversial Lush was bombing the West Bank wall this past October. With the aim of being more interactive with the public with his pieces, the Australian began proposing votes for each one of the memes that he considers using, as well as for other themes for future works. 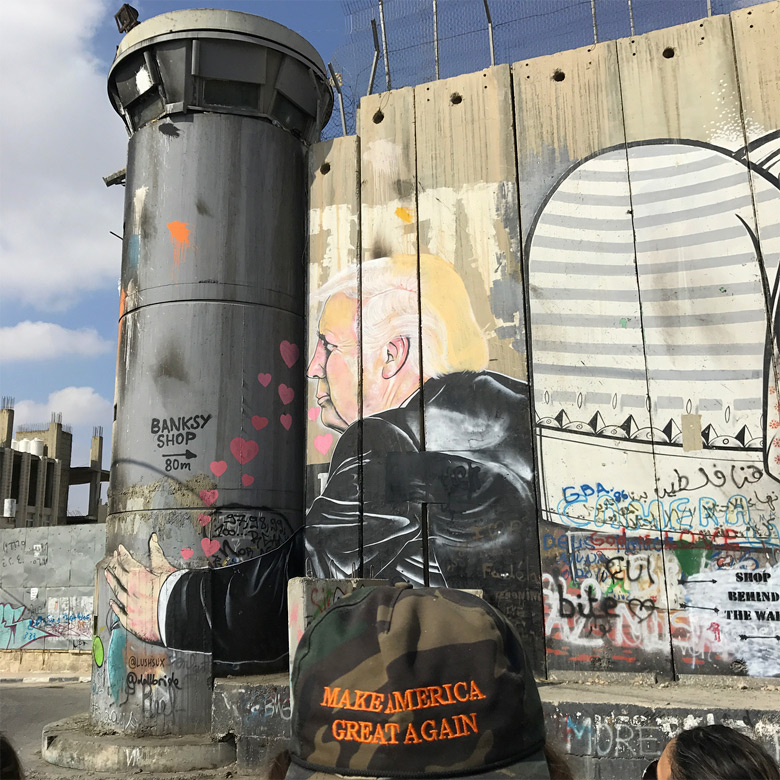 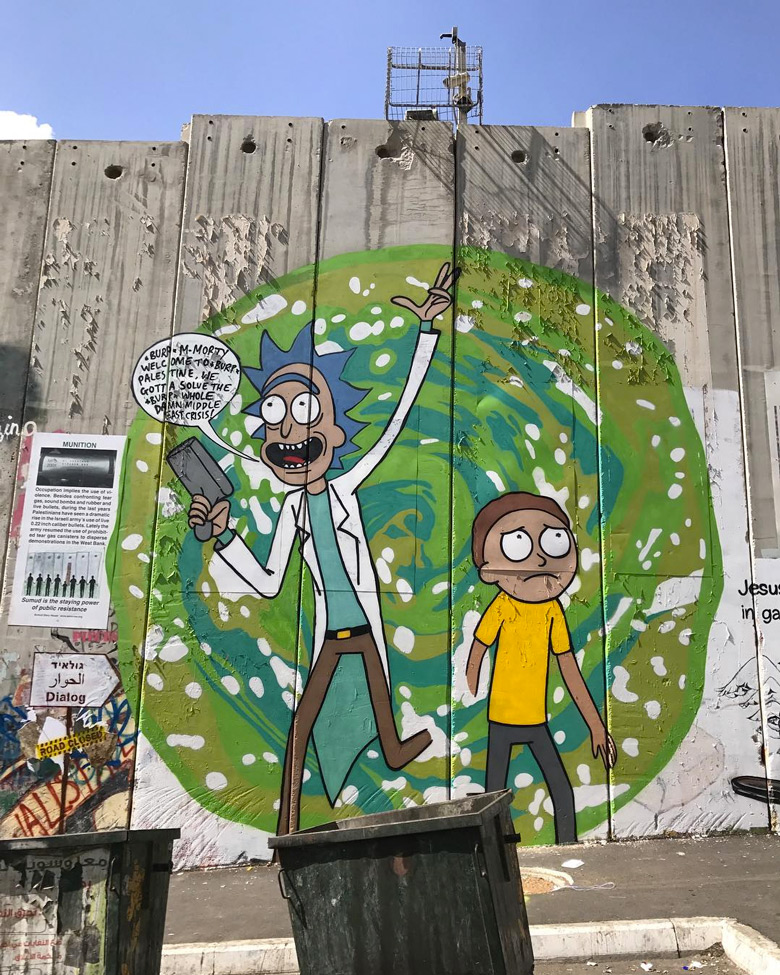 In the series of interventions on the barrier constructed by the Israeli government, he put to use a few real celebrity figures and some fictional ones such as the cartoon Ricky and Morty, the actors Morgan Freeman and Larry David – premeditatively mixed-up with Nelson Mandela and Bernie Sanders, president Donald Trump and Mark Zuckerberg. All of them are accompanied by messages filled with sarcasm as per usual in Lush’s work. 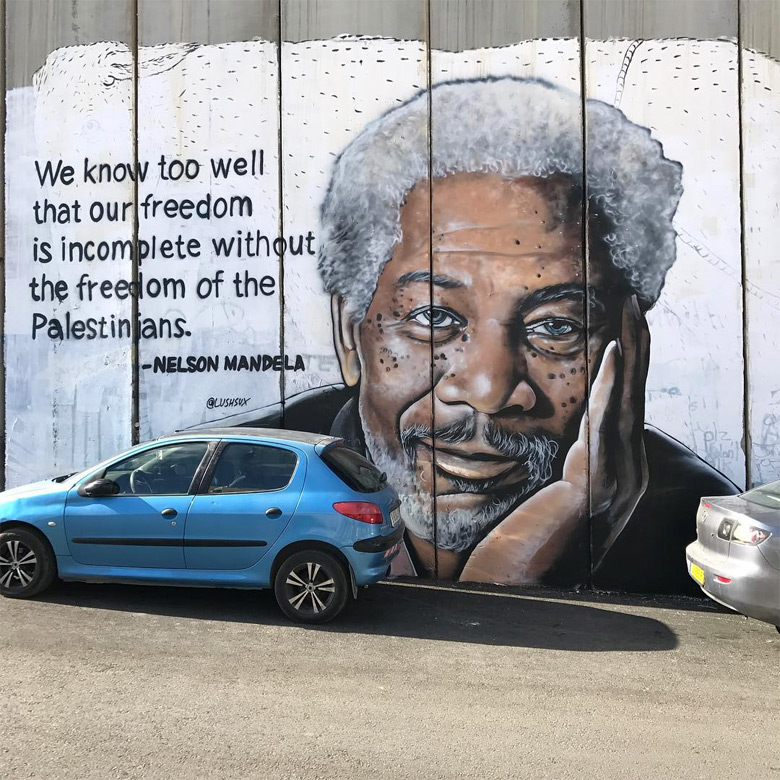 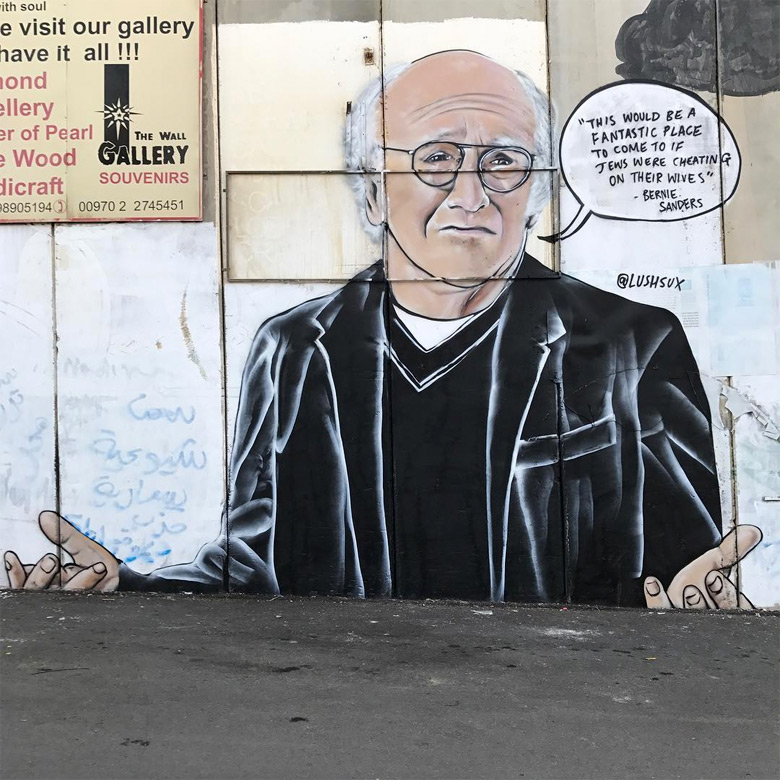 To top off his activism, the Australian artist held a graffiti workshop on that very wall and as a symbolic and protesting anecdote, he also painted on some of the tear gas bombs that had been launched into the Aida Palestinian refugee camp. These and other small format works were placed for sale at Walled Off, the hotel that Banksy opened in the beginning of the year in Bethlehem. It seems as thought Lush is making the most out of his visit to the Palestinian territory. 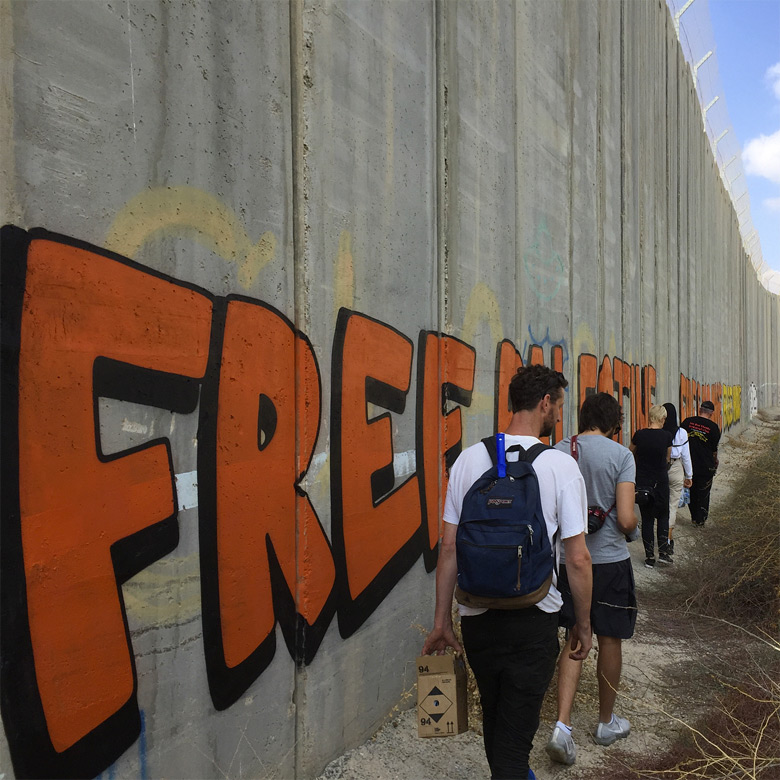 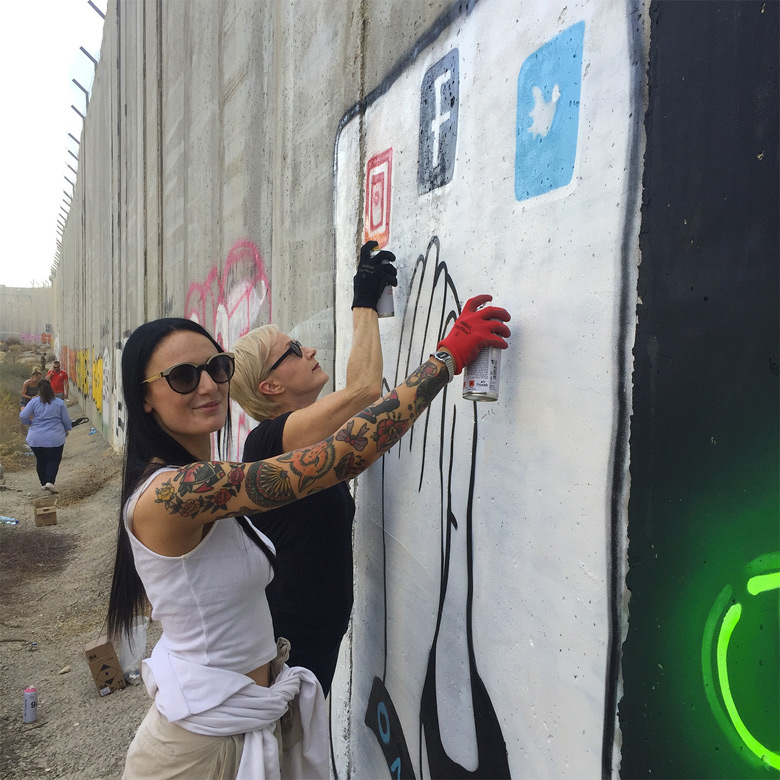 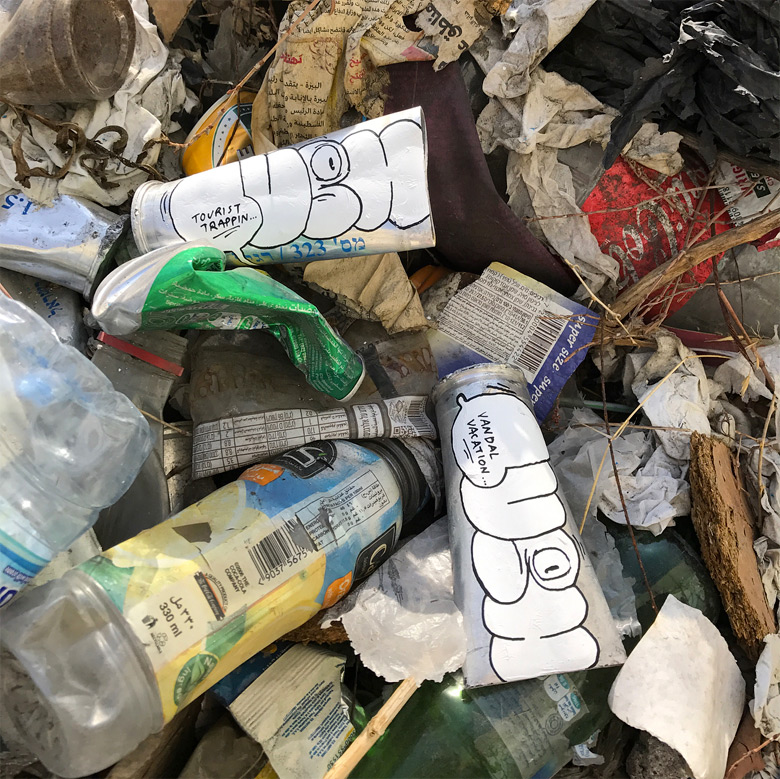