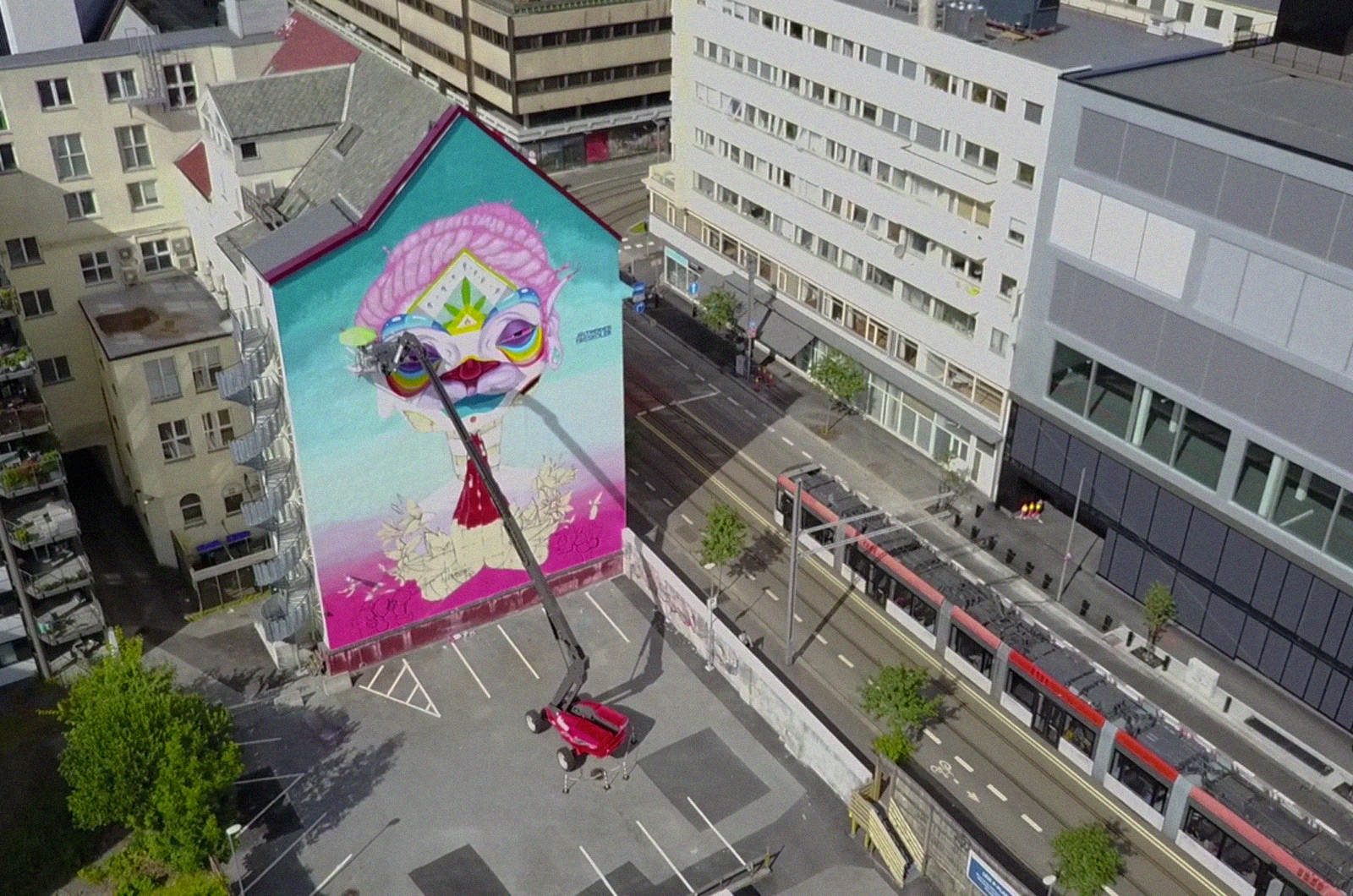 This summer the largest mural intervention in the city of Bergen, Norway was completed. The title, “Mother”, may give you a quick idea of the theme that inspired the artwork. Painted by the Chilean artist M.u.M, it’s an homage to Mother Nature and the artist himself explains some of the details in this brief quote. 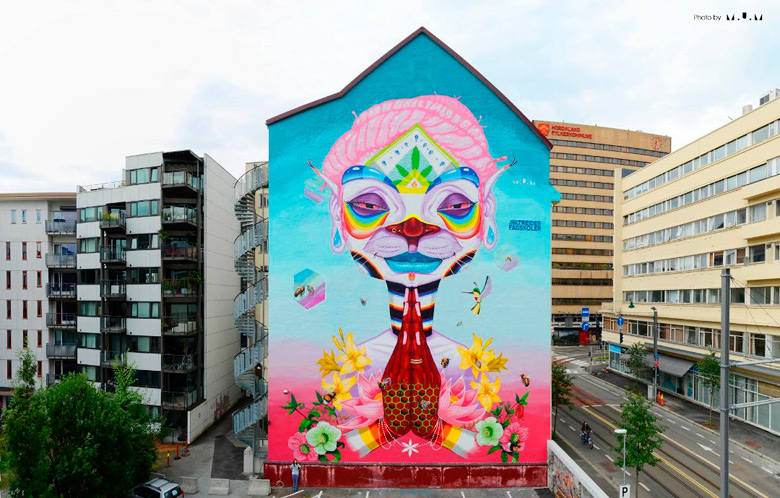 “The Mother is meditating for us humans to live a conscious life rather than a compulsive life. Be aware of the planet being destroyed by big companies owned by people who lack moral reasoning and love. The bees are dying due to all pesticides used on our food. And if they go extinct, the planet will not be able to sustain many other lifeforms.
Its time to meditate!”

This wall supported by MTN Mailorder isn’t the first or the last one that he has done in Bergen. Last September, M.u.M. added another mural to his list of large format interventions in the second biggest city of Norway. 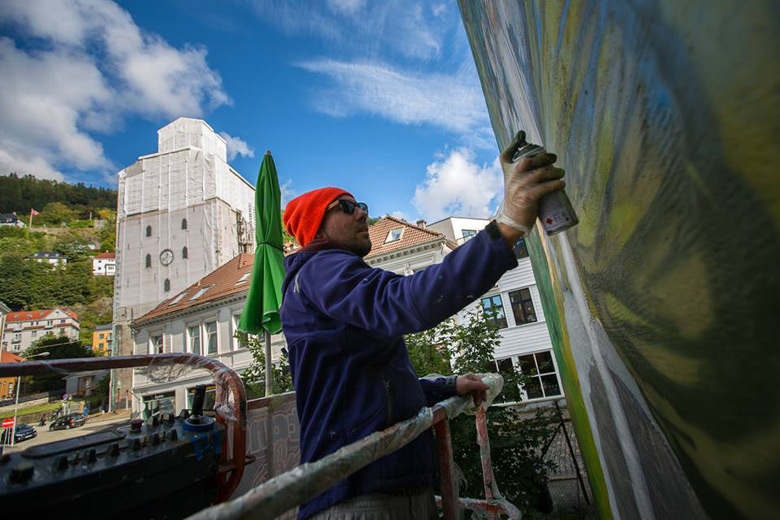 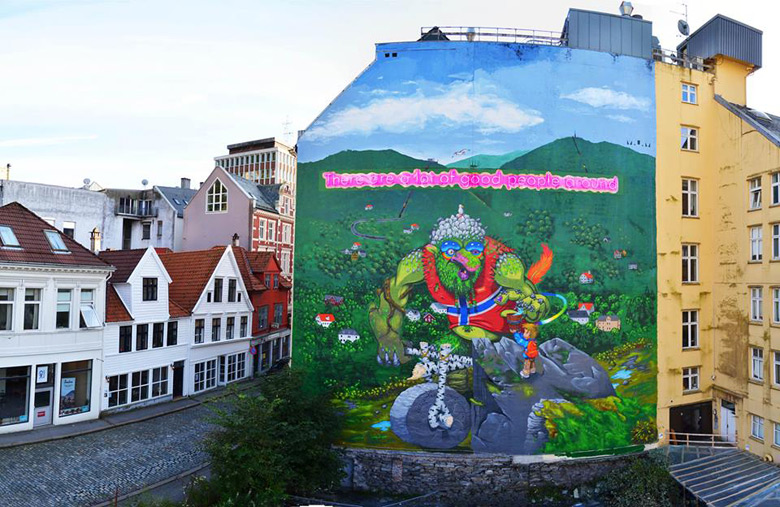