KKADE’S EXHILARATING TYPOGRAPHY ONCE AGAIN AT THE TRACE GALLERY 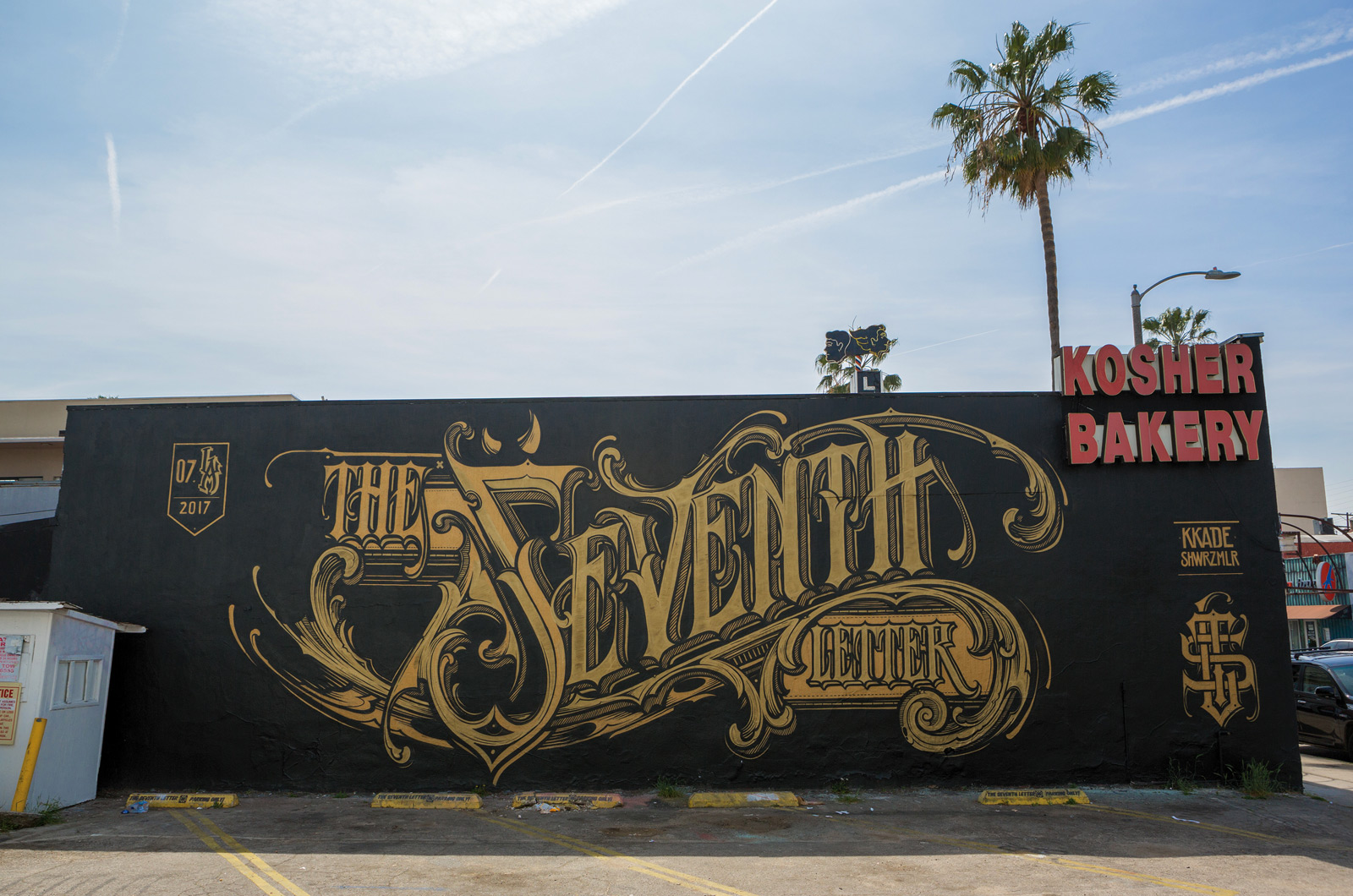 “C’mon Baby light My Fire”, the lyrics from the famous The Doors song, made up the impeccable typographic composition that we saw at Aarhus Festuge; the festival that was held this August in the Danish city. The author is Pascal Flühmann, aka KKADE, a Swiss typographer and founding member of the Schwarzmaler collective who will be inaugurating his second exhibition at The Trace Gallery in Zurich this coming December the 1st. 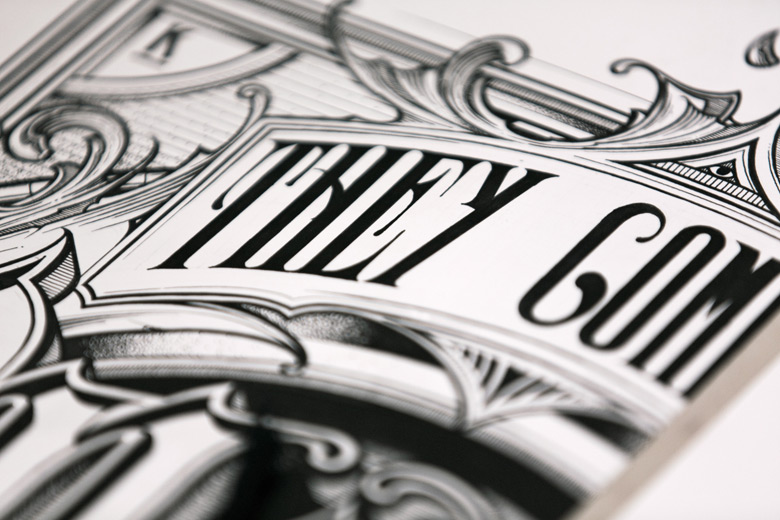 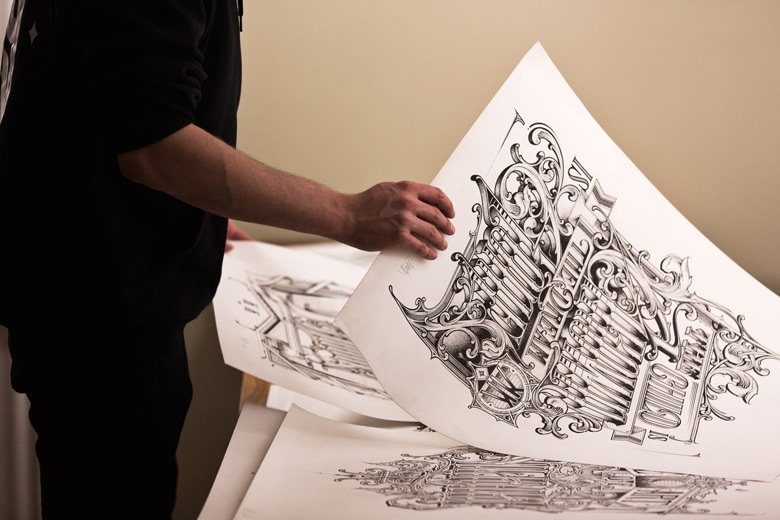 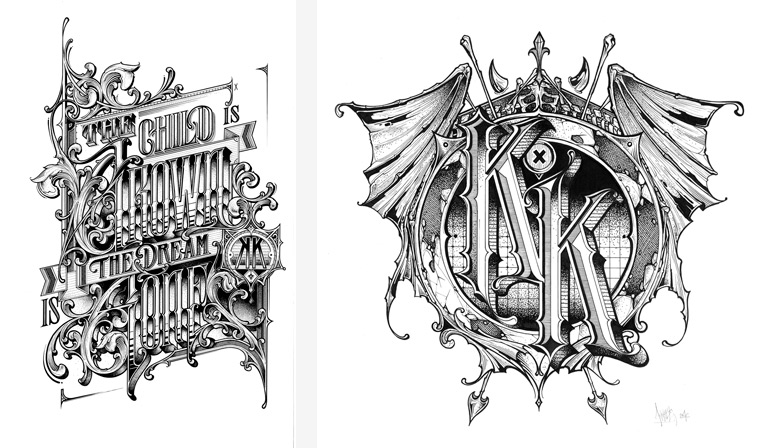 Both music and cinema, or simple everyday conversations serve this Bernese artist as input from which to sculpt his talent in the form of letters that are influenced by various typographic tendencies: the Swiss graphic tradition, the coats of arms on the buildings in his city, North American contemporary signage and tattoo culture from West Coast gangs. His meticulous work gives words and phrases an aesthetic emotion that emphasizes their meaning and aggrandizes the chosen slogans, all executed in a superb manner that requires a careful analysis of the details. 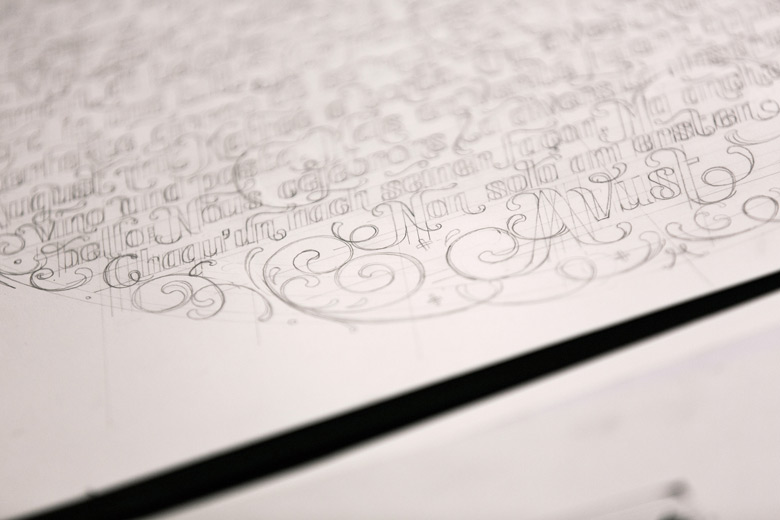 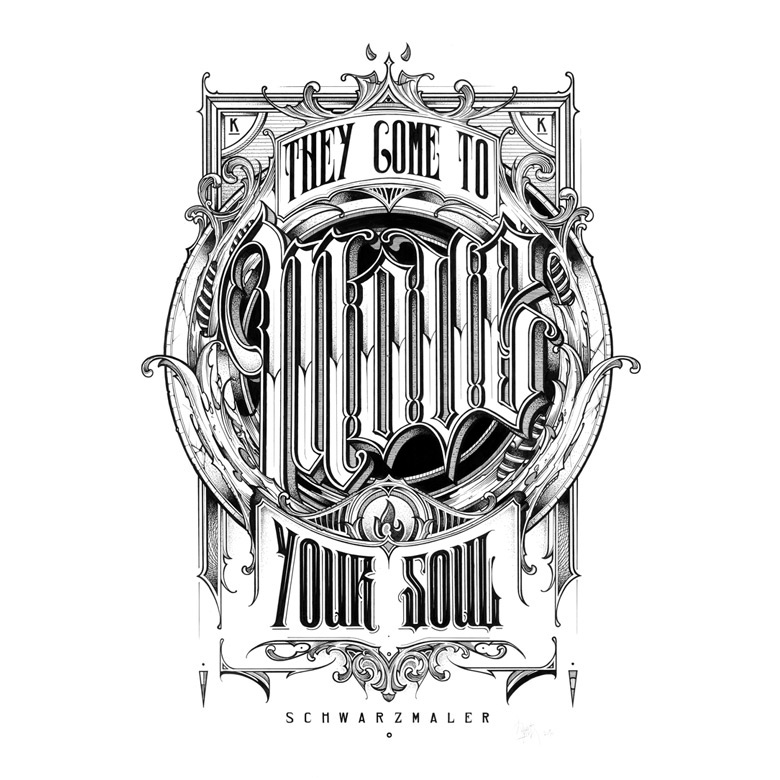 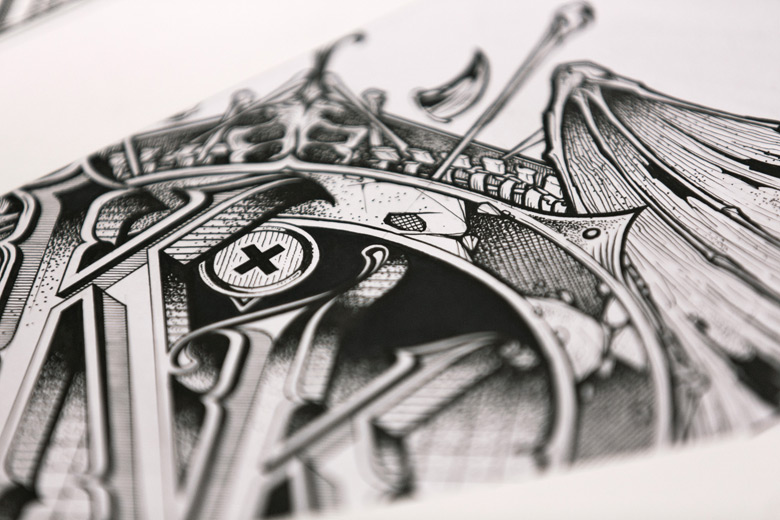 “Broken Fonts II” is the second show by KKADE at The Trace Gallery since it inaugurated its space in 2013. For this show, the Swiss artist has focused on two work formats that gather his repertoire: a collection of works on paper as well as larger format works on canvas.
The selection of artworks provide the essence of an artisan; a body of work that would be adequate for disciplines such as tattoo, design or mural art. 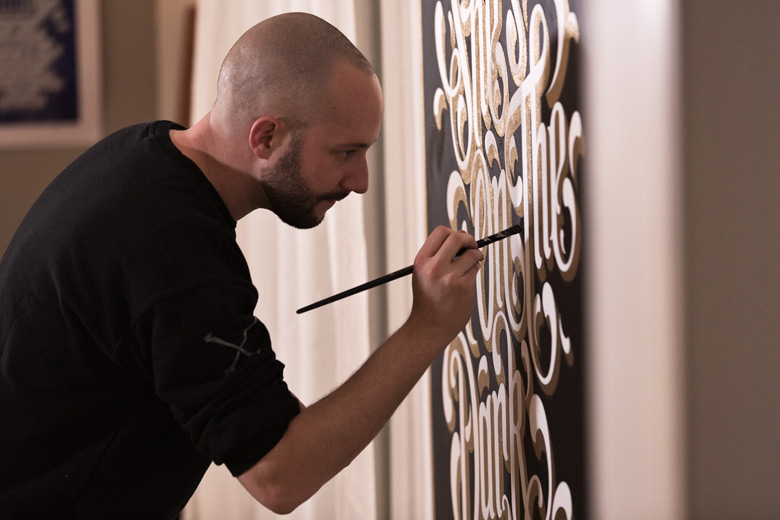 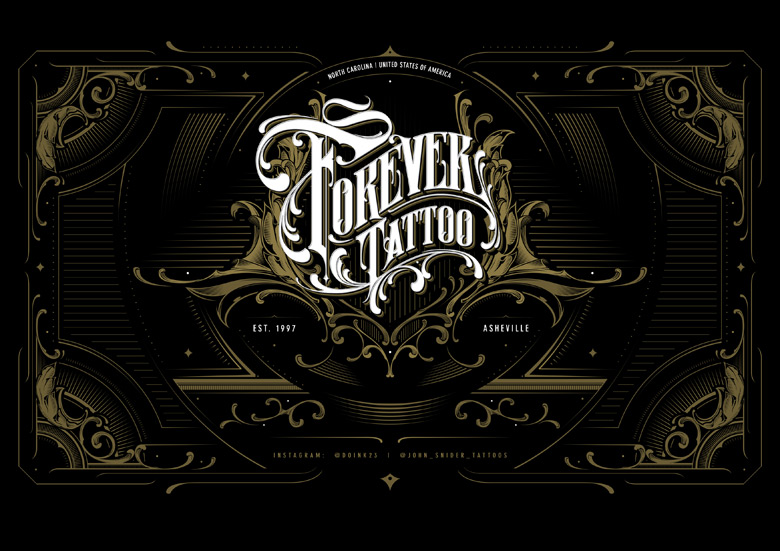 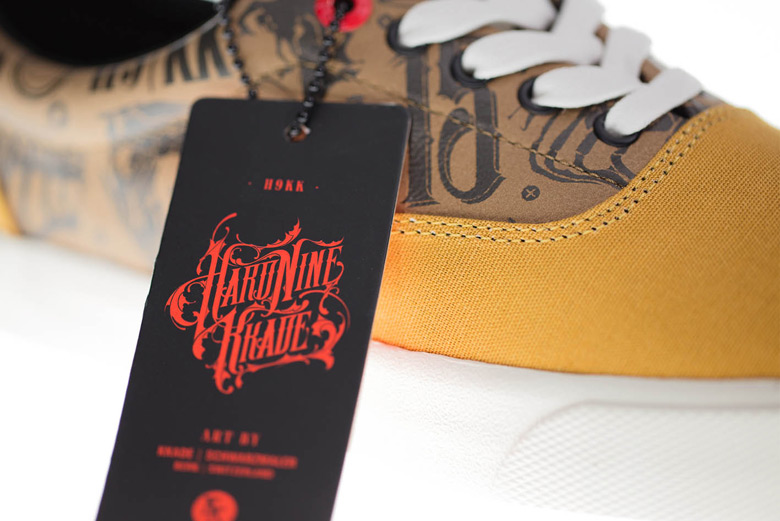 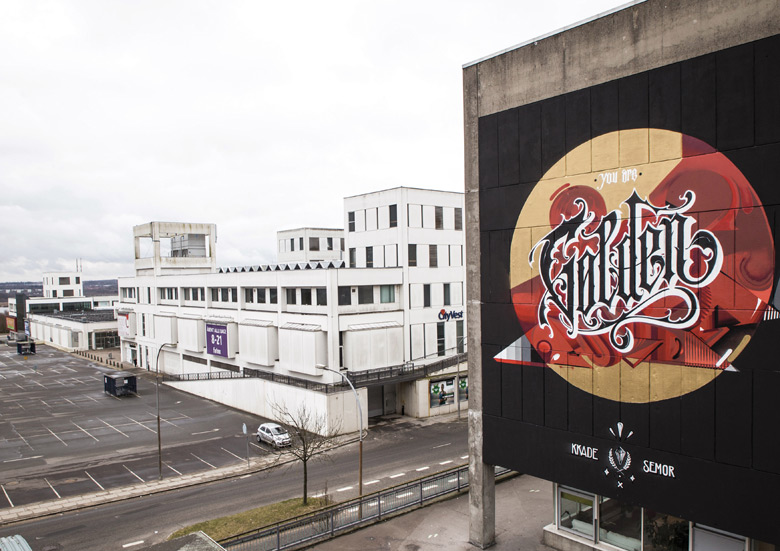 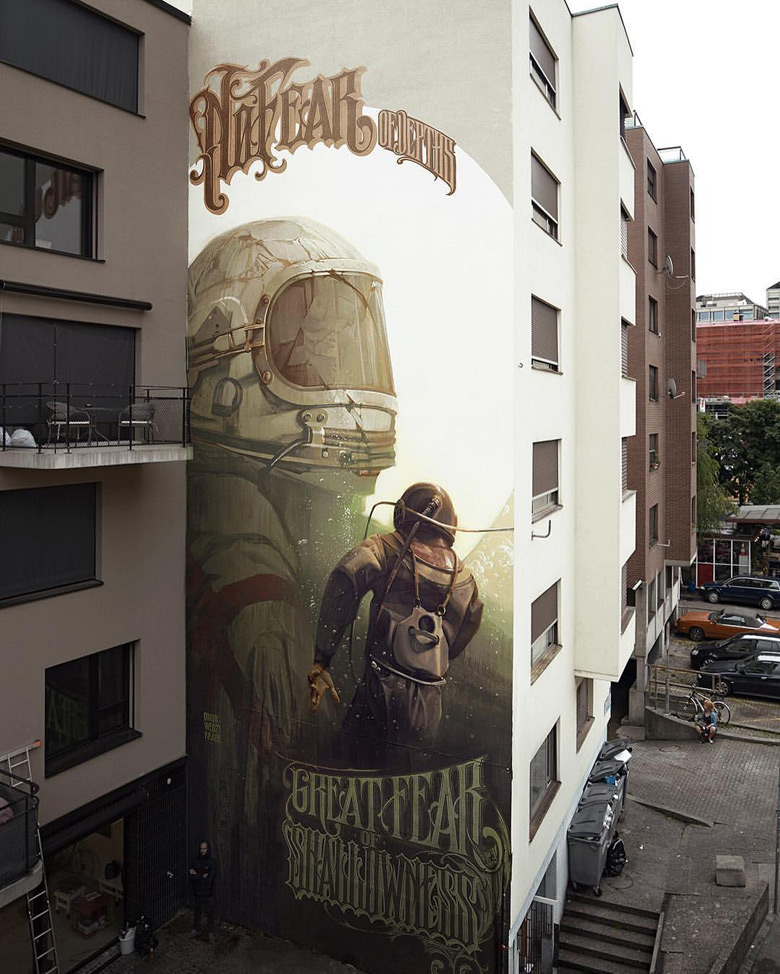 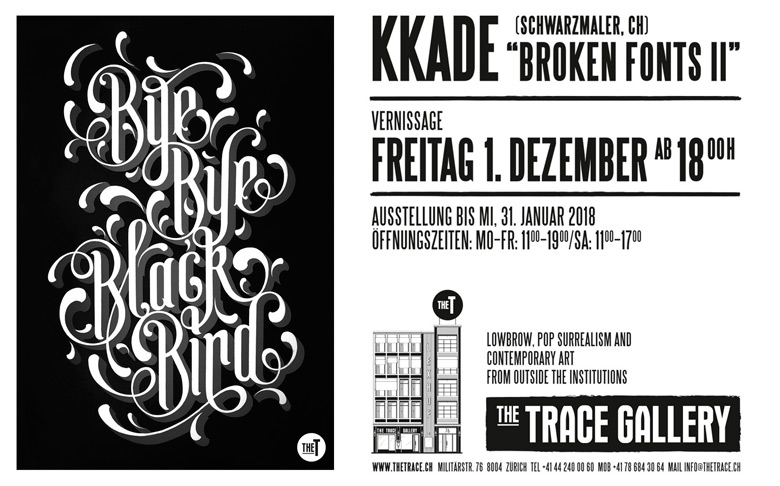 MENTAL HEALTH: FROM THE KITCHEN TO THE CANVAS WITH 'WRESTLING DEMONS'