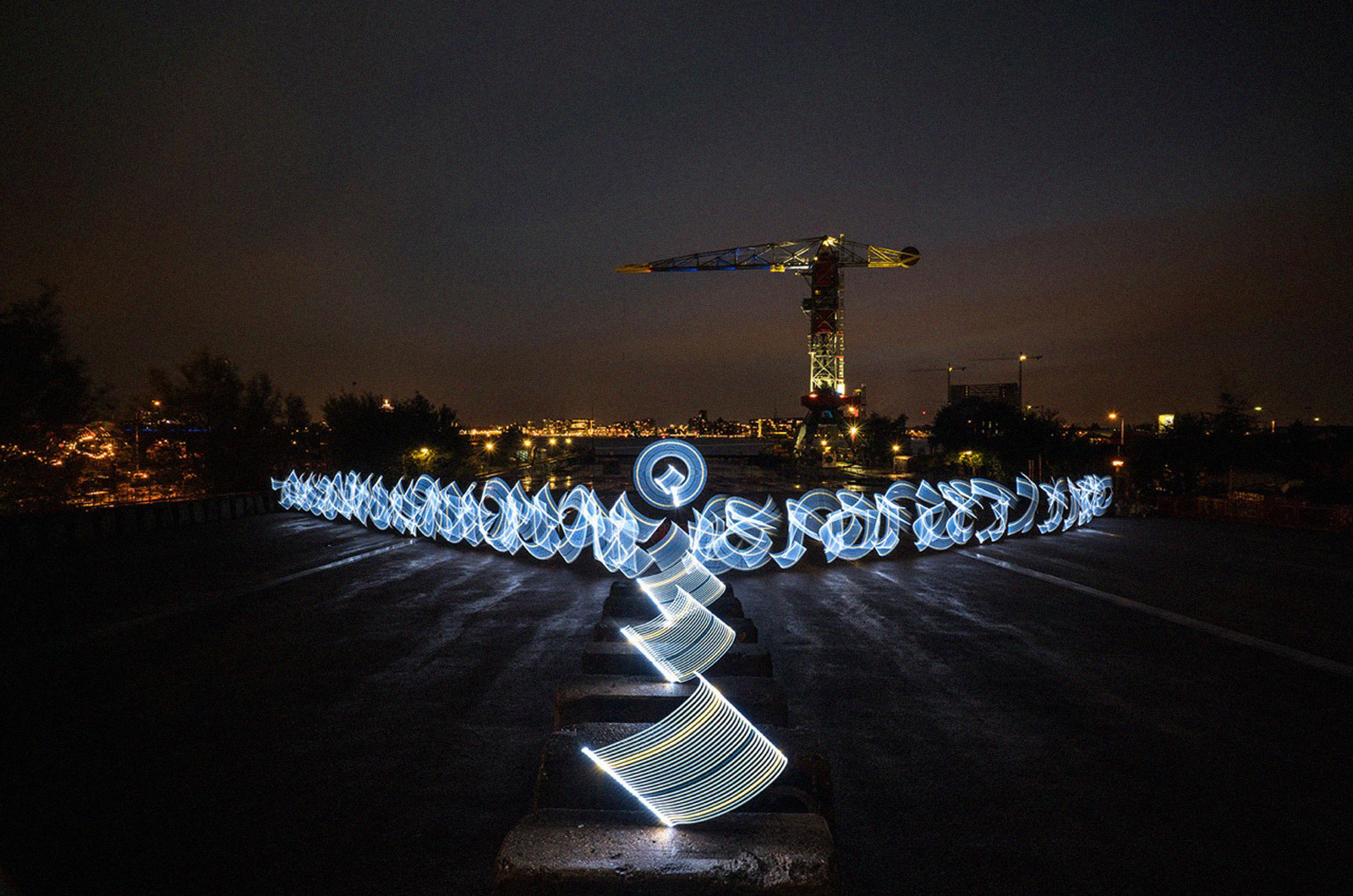 Until now we hadn’t talked about the impressive joint work by the artists Said Dokins and Leonardo Luna. The artwork fuses together the artist’s calligraphy and the technical and visual knowledge of the photographer due to the striking result created by the effects of light in motion. Suggestive nocturnal locations are claimed by Said Dokins thanks to the long exposures of the photographs which reveal his movements and capture the inscriptions on the landscape.

“Heliographies of Memory” is the title that has been given to this unique project. It consists of various series of photographs that capture calligraphic gesture at the very moment the writing is taking place. Far from being practical typography, the texts are made with light, and so the words disappear immediately to the rhythm of the writer’s movements, thus being imperceivable to the spectator yet presereved thanks to the long exposure photographs. Through these tremendously ephemeral interventions, the invisible act of writing in the air is captured, while taking advantage of iconic locations that range from historical places to abandoned buildings in different cities, the last of which are in the Netherlands. 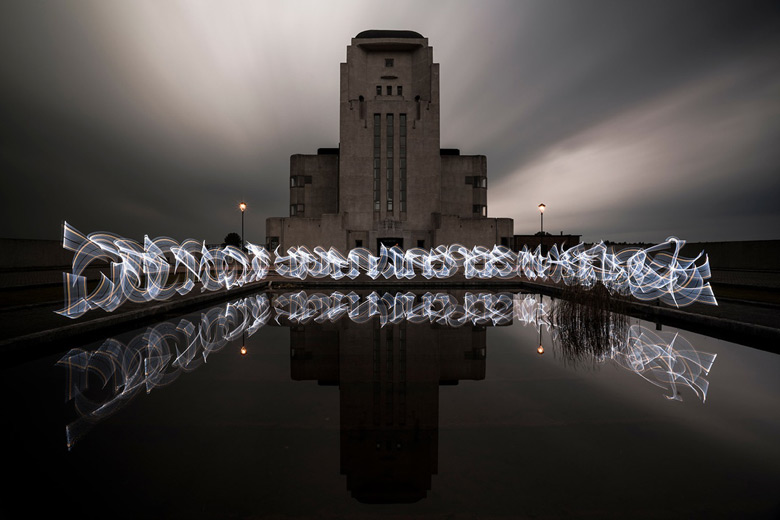 Through the project “Inscription and Erasure”, obsolete spaces where history has been rewritten on different levels have been transformed into the stages for these heliographies. As is the case with Radio Kootwijk, a small village of 120 inhabitants in Apeldoom, isolated in the middle of a forest in the Veluwe region. A building built in 1917, designed by the architect Julius Maria Luthman acted as communication center during the Second World War. 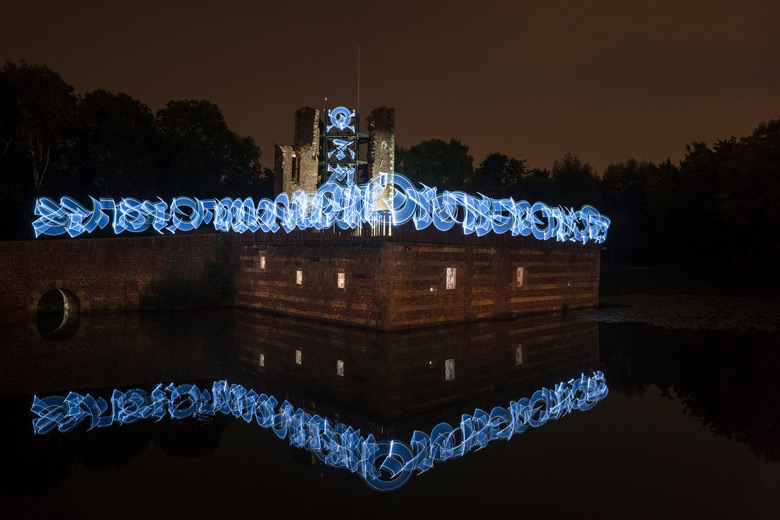 Following the Heerlen Murals invitation, the peculiar architecture in the city of Heerlen also served as a backdrop. Traces from the Roman occupation and the medieval city contrast with the modernist and avant-garde architecture by Firt Peutz, a representative of Dutch modernism. 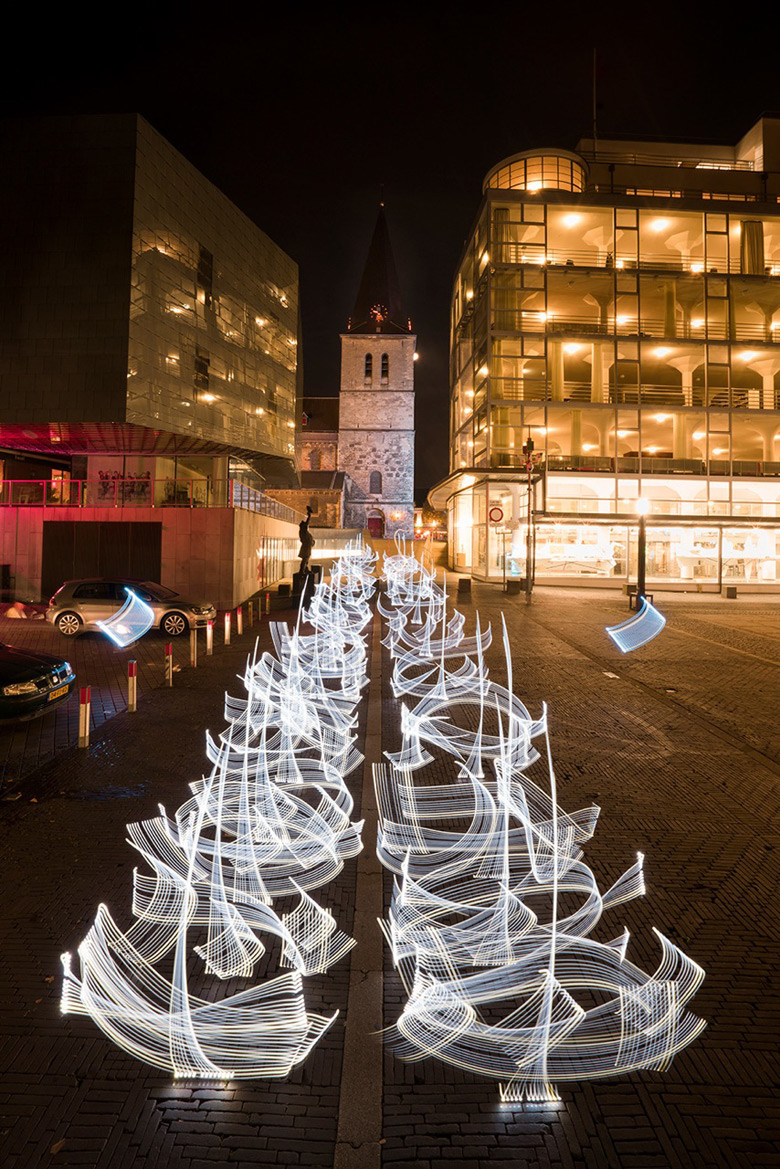 Having been converted into a major industrial center in the 19th century, the coal mines became the basis for Heerlen’s economy with turbulent expansion until the mid-20th century. Today it’s difficult to see the legacy of the mining industry, as if it was a phase that had been physically and symbolically eliminated despite its historical importance. 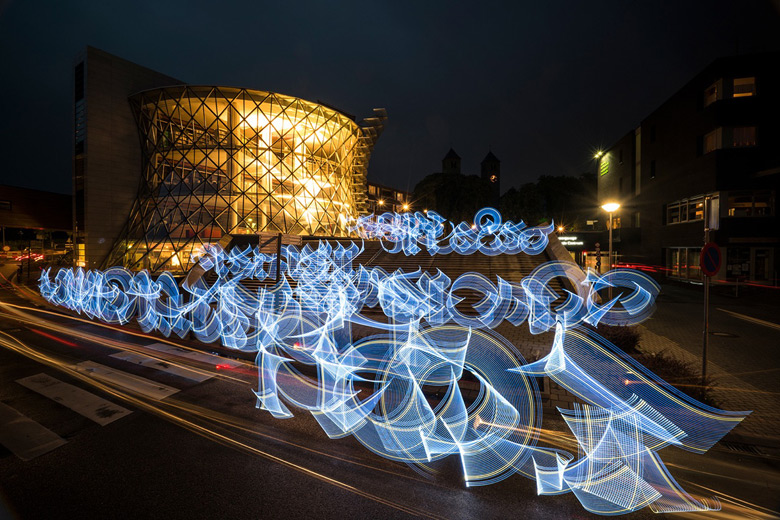 In Arnhem, thanks to an invitation from Locatie Spatie, an intervention was carried out in homage to The Airborne Monument; a monument dedicated to the fallen soldiers during the Market Garde operation during the Second World War. They chose to complete this project on the same day as the Commemoration day. 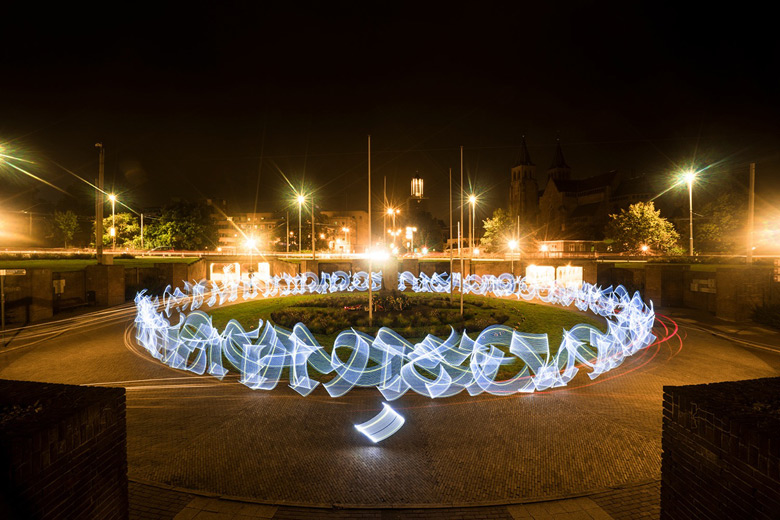 The industrial area of the IJ bay was the place chosen in the city of Amsterdam, thanks to Street Art Today’s patronage. The accelerated gentrification process that’s taken place in this area has transformed it into a neighborhood full of hotels, restaurants, and galleries, causing the people who have lived on that side of the river in public housing to feel less connected to their neighborhood each day. 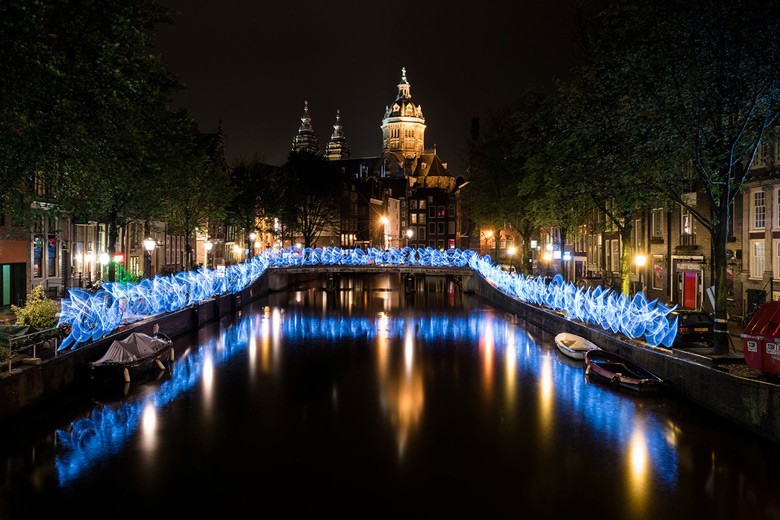 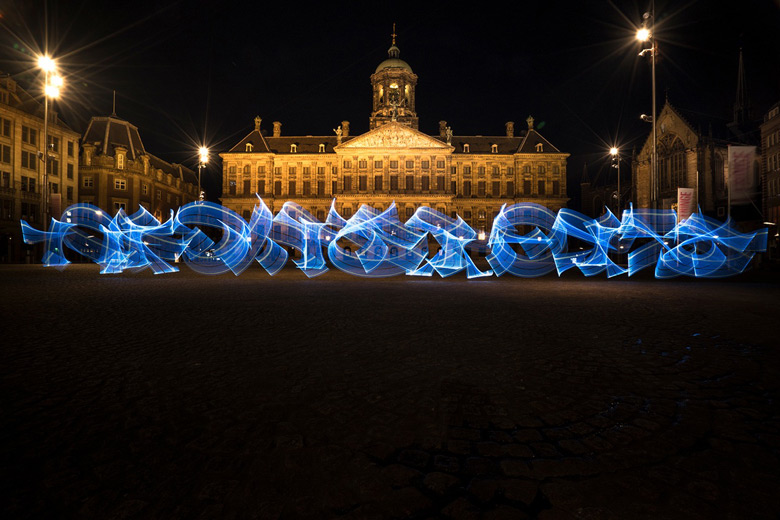