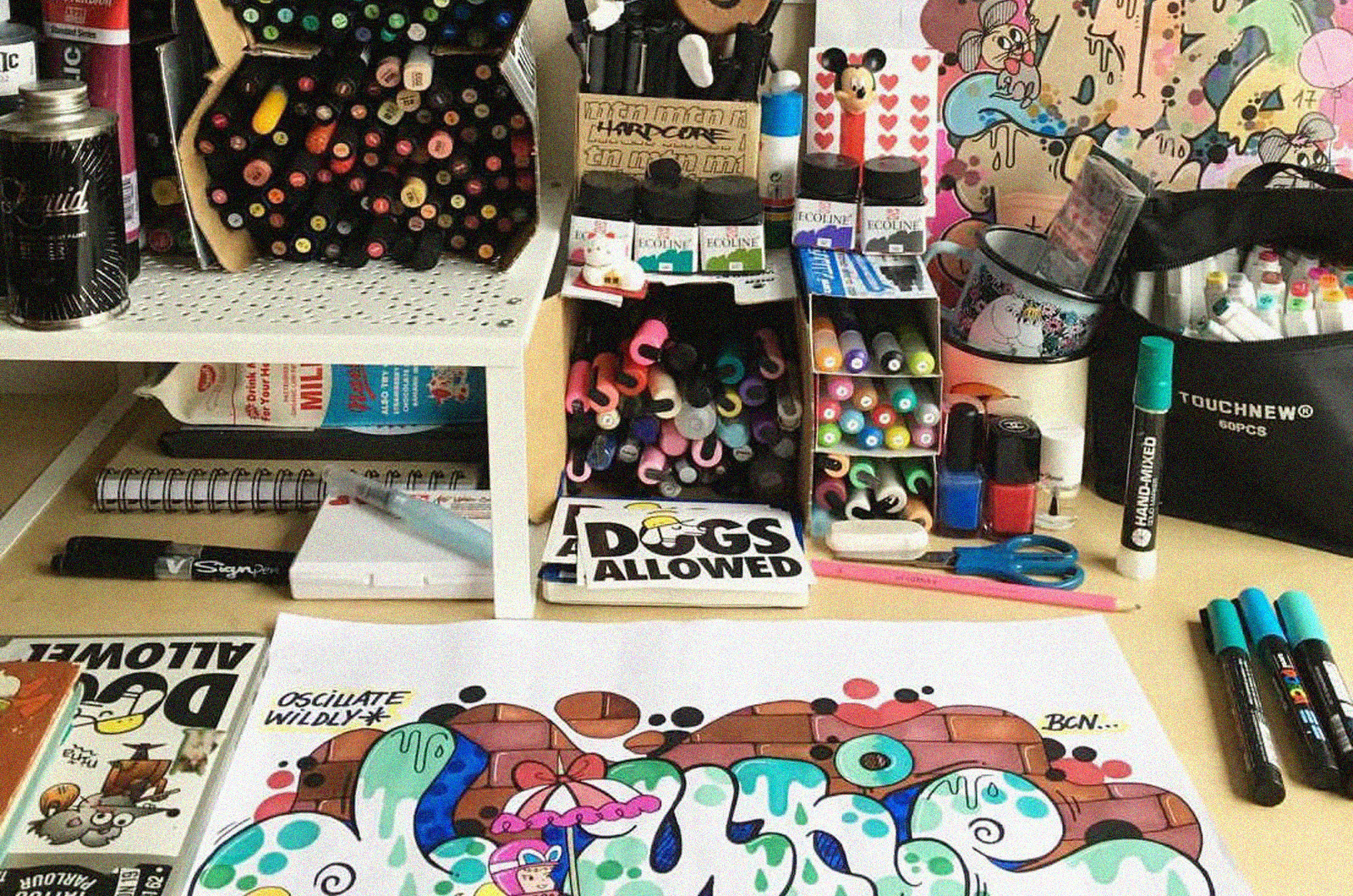 Tomorrow, Saturday, January 20th, Dune opens her first solo show, “Unloveable”. The exhibition includes a collection of sketches and illustrations that the Barcelona writer has done over the past years. Aside from that, some customized jackets lend a hand in giving the exhibition an original and scenographic touch.

Montana Shop Madrid is the space that stepped forward for this initiative, and that’s something to be noted because of the special predilection that Dune feels for the city. “The first time I went to Madrid was in 2005, and since then I began to get to know people and everyone has always welcomed me there with open arms”, states Dune.

The exhibition takes its title, “Unloveable”, from a song name from the album “Louder Than Bombs” by The Smiths. The opening will be enhanced by the rhythms of Axel Fofoli. 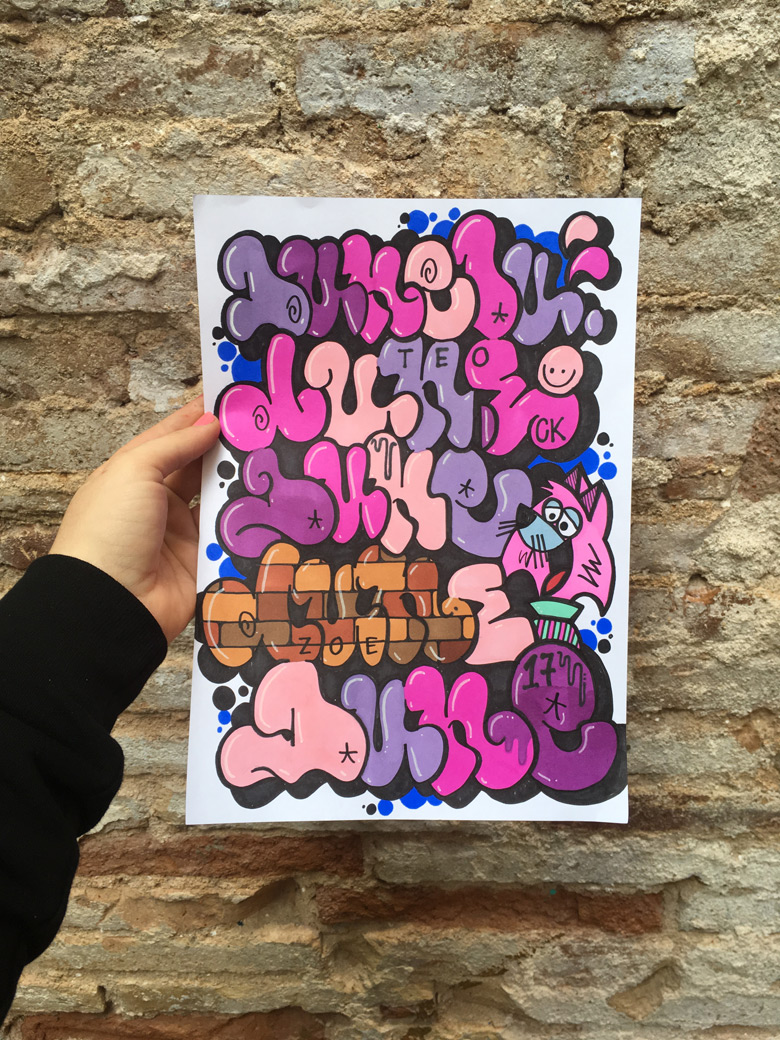 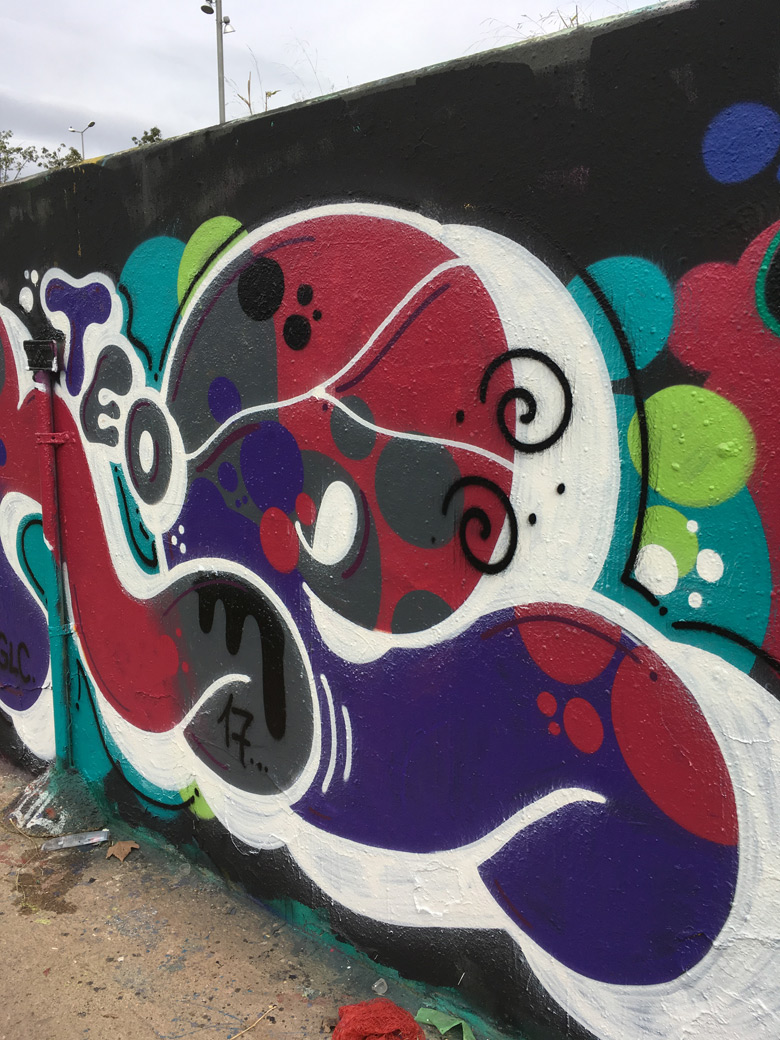 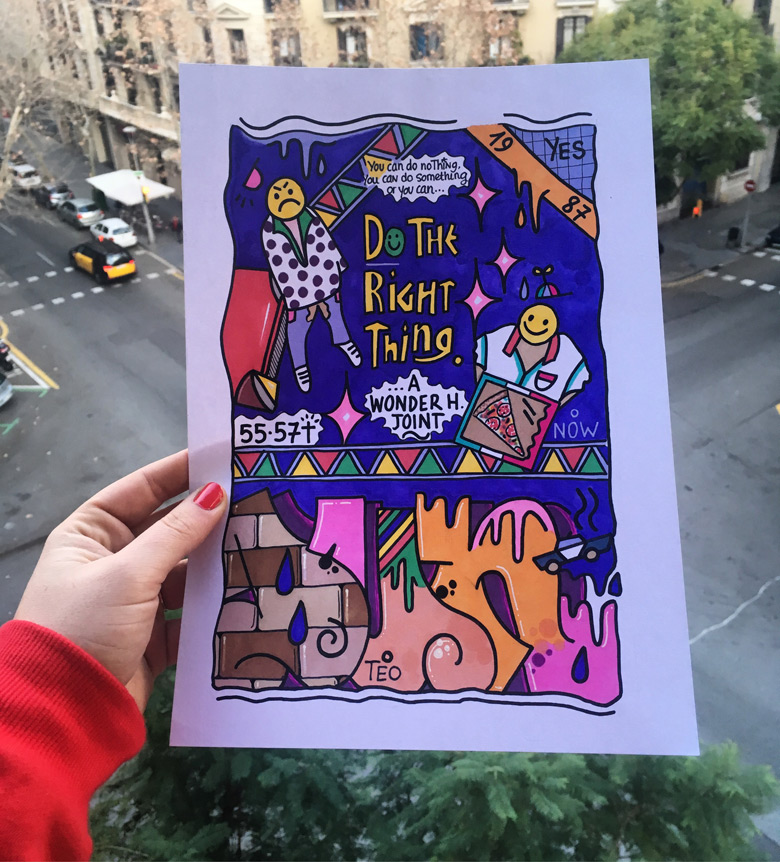 “Born in Barcelona, Dune started painting graffiti in 2002, at the age of fourteen, influenced by the zines and vinyls she was used to find at the Bunker Store, the renowned Mookie’s shop, and by some other people who crossed her path.

Implying a graphic dialog between her passion for bold colors and her fascination for rounded forms, volumes and surfaces, she conceives her pieces and illustrations allowing typical elements from the purist style and more classical cartoons merge into and live in them.

From the very beginning, her admiration has been crossed by an extremely large range of influences, such as the Orthodox architecture, Picasso’s work and Miami Art-Déco, up to the productions by Hanna-Barbera.

Far from interpreting graffiti as a violent act, or even less as a war, however that might have intrigued her, “Unloveable” introduces us to this reality in which her graphics line is deployed on papers to show us the authentic, fresh, bright and personal style of one of the most notable female graffiti writers of the nowadays Barcelona scene.” 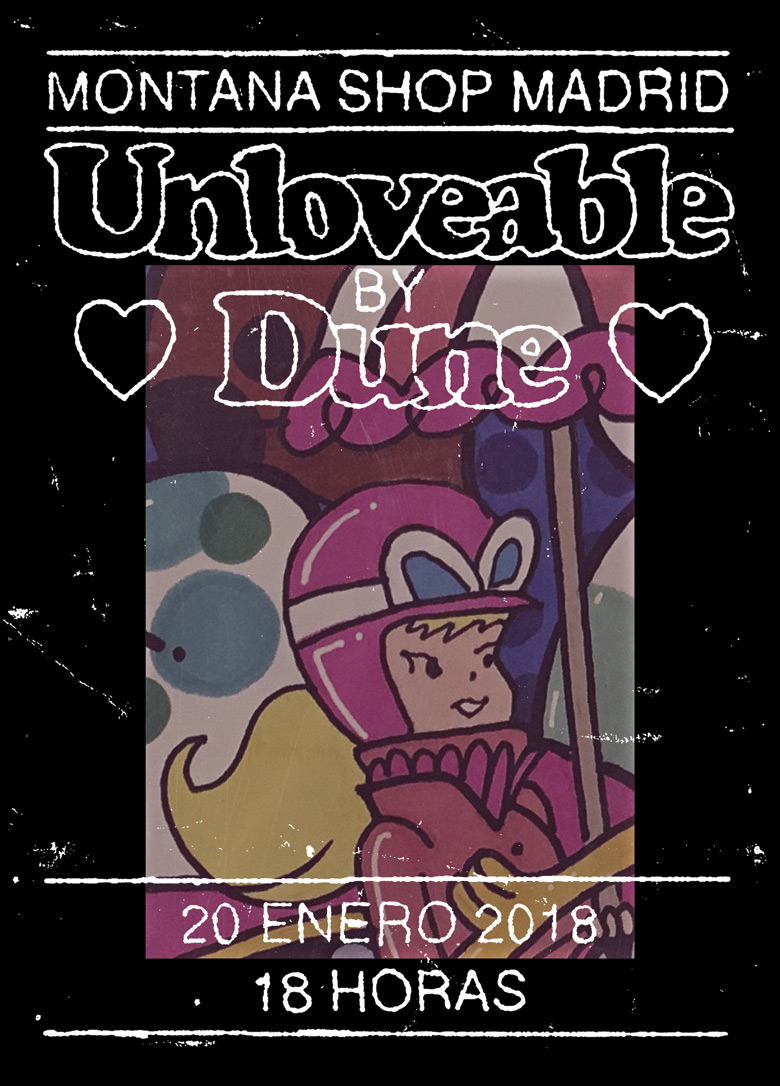 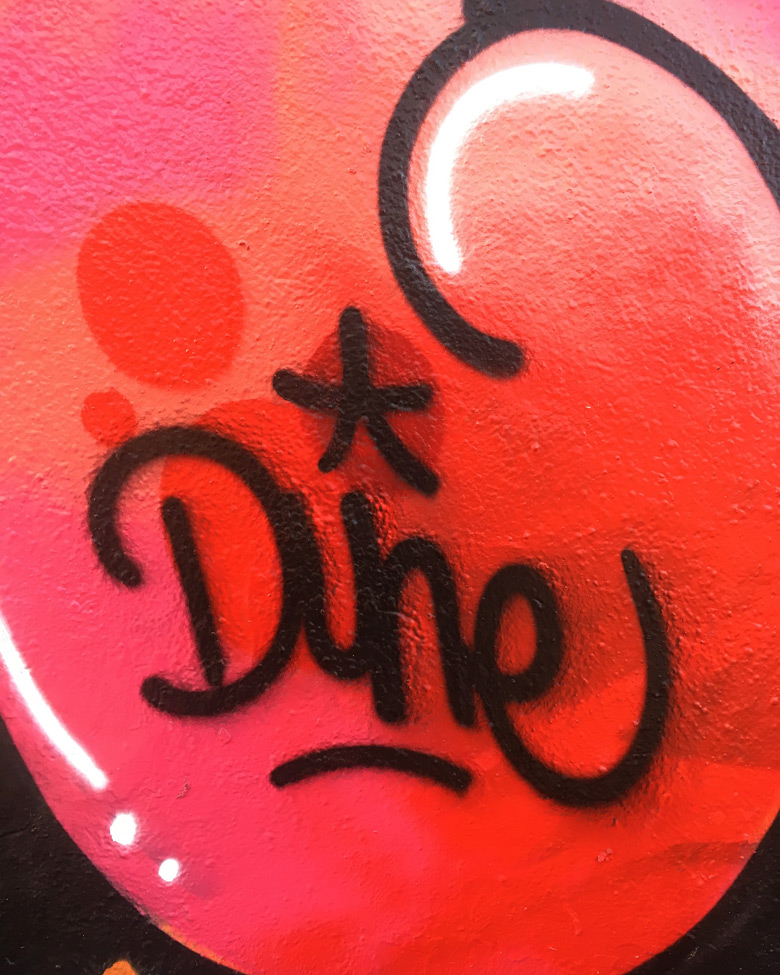