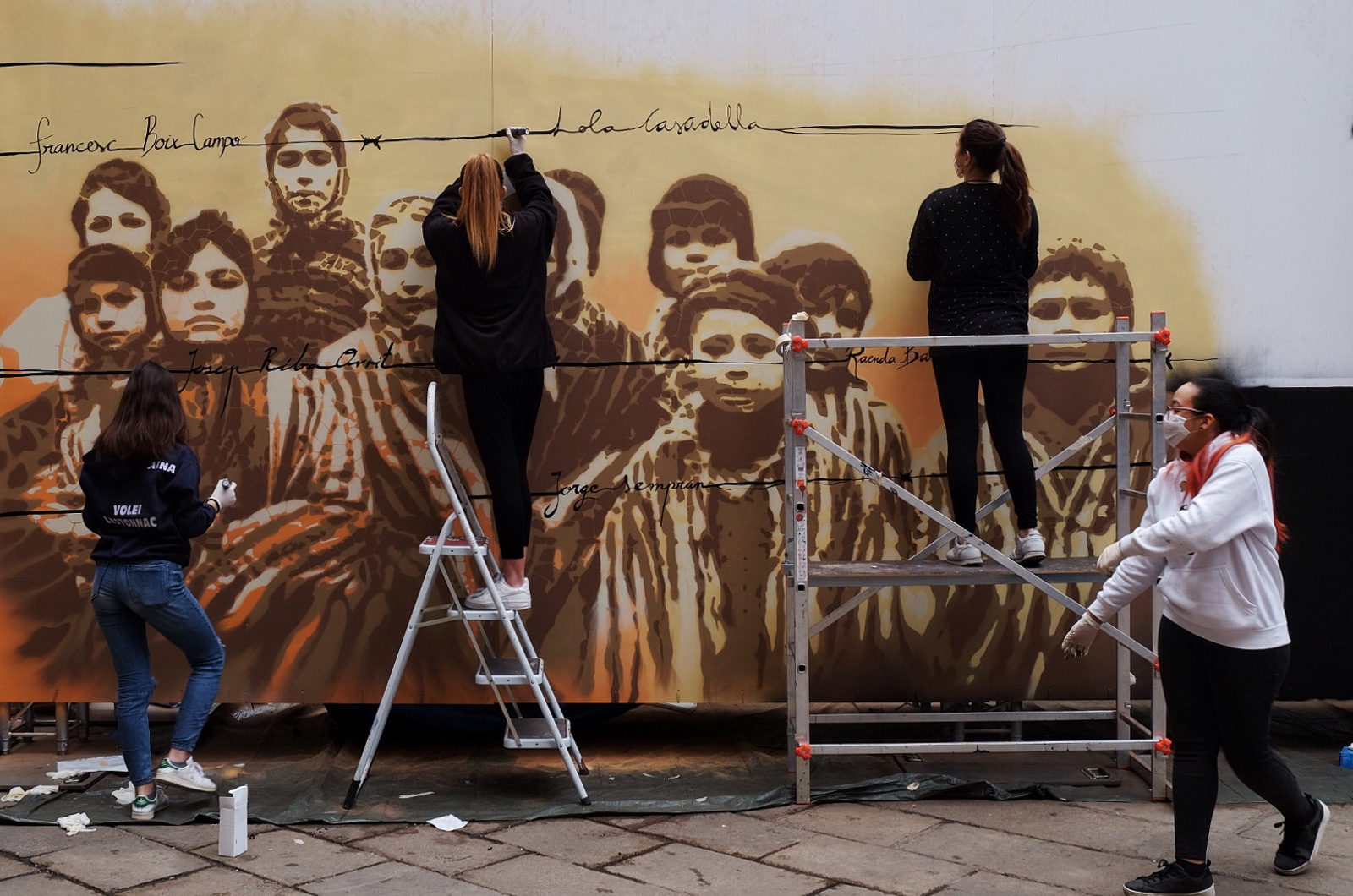 On the occasion of International Holocaust Remembrance Day, EUROM (European Observatory on Memories) organized different acts in the city of Barcelona with support from Montana Colors and the Barcelona City Council.

One of the activities, curated by Nuria Ricart, a Fine Arts professor at the University of Barcelona, was intended to disseminate and make visible this chapter in history with an intervention in public space. Together with the street artist Roc Blackblock, an ephemeral intervention was organized in Barcelona’s gothic quarter with young bachelor degree art students from the Moisès Broggi Public Institute. After a talk with all the students given by the historian Jordi Guixé (director of EUROM), 12 students were able to collaborate with the artist in the making of a mural about the Holocaust.

The work incorporated various aspects of the Holocaust; images of the victims of the Auschwitz camps, Art Spiegelman’s comic “MAUS”, the triangles that identified the different types of prisoners in the concentration camps (Jews, homosexuals, Gypsies, political prisoners, the disabled, the socially and immorally misbehaved…), and a map of Europe including all of the ghettos, extermination camps and deportation and evasion routes. 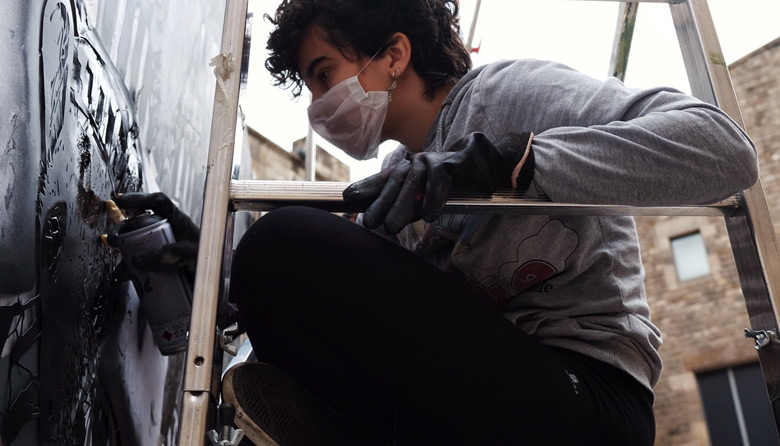 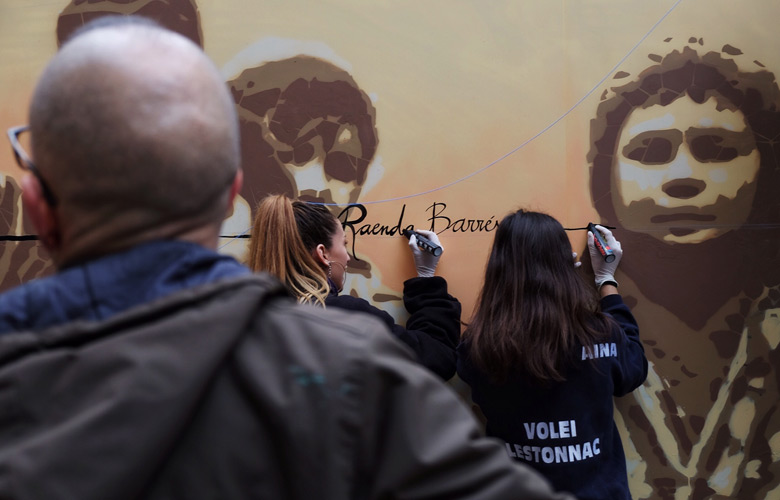 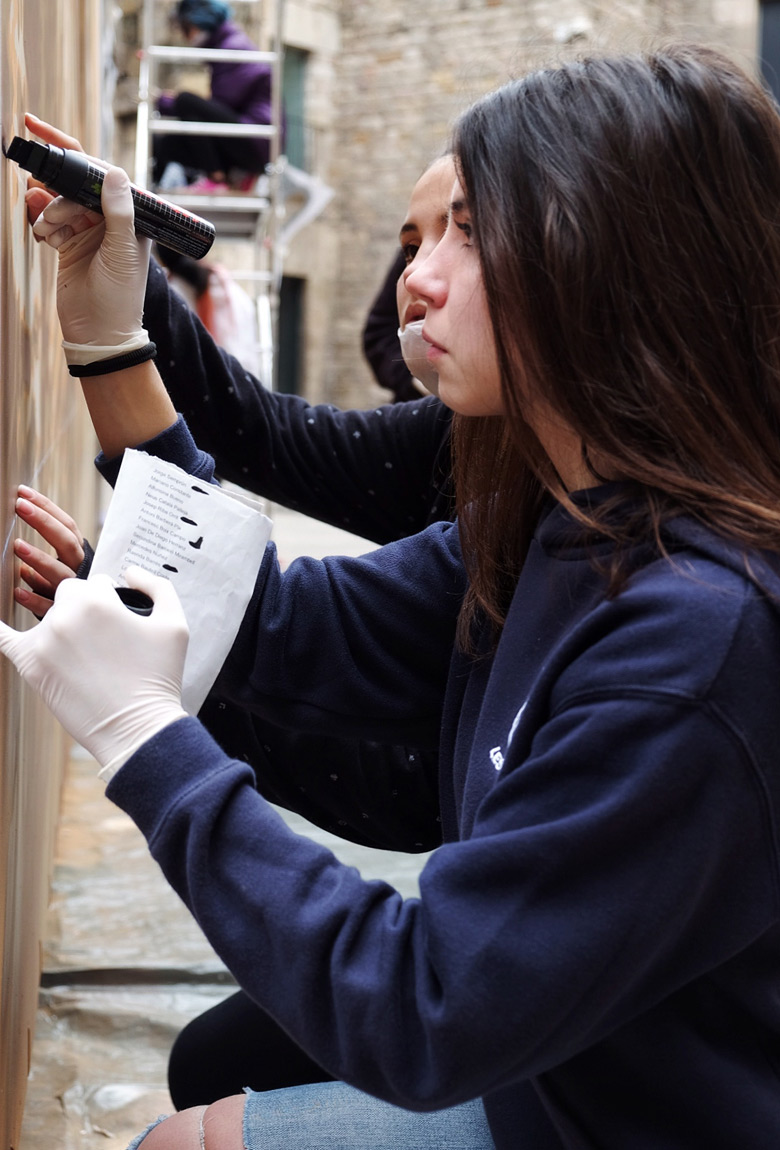 On the mural they have also graphically made use of the names of Catalan Holocaust victims to spread the story of the many antifascist fighters who fled from Spain after the Spanish Civil War and arrived as refugees to a collapsing Europe that would soon be at war. Many of them formed and active part of the resistance and spent a large part of their lives fighting against fascism and totalitarianism; a reality that isn’t talked about as much due to Spain’s non-pariticpation in World War II, though the complicity between Franco and Hitler was sadly evident with the bombing of Gernika by the “Condor Legion” of the Third Reich, or the participation of Spanish volunteers in the Nazi camp (Blue Division).

Once the mural was finished, the structure was installed in the Santa Agata Chapel inside of the Museum of History of Barcelona (MUHBA) facilities where it can be visited until February 11th. 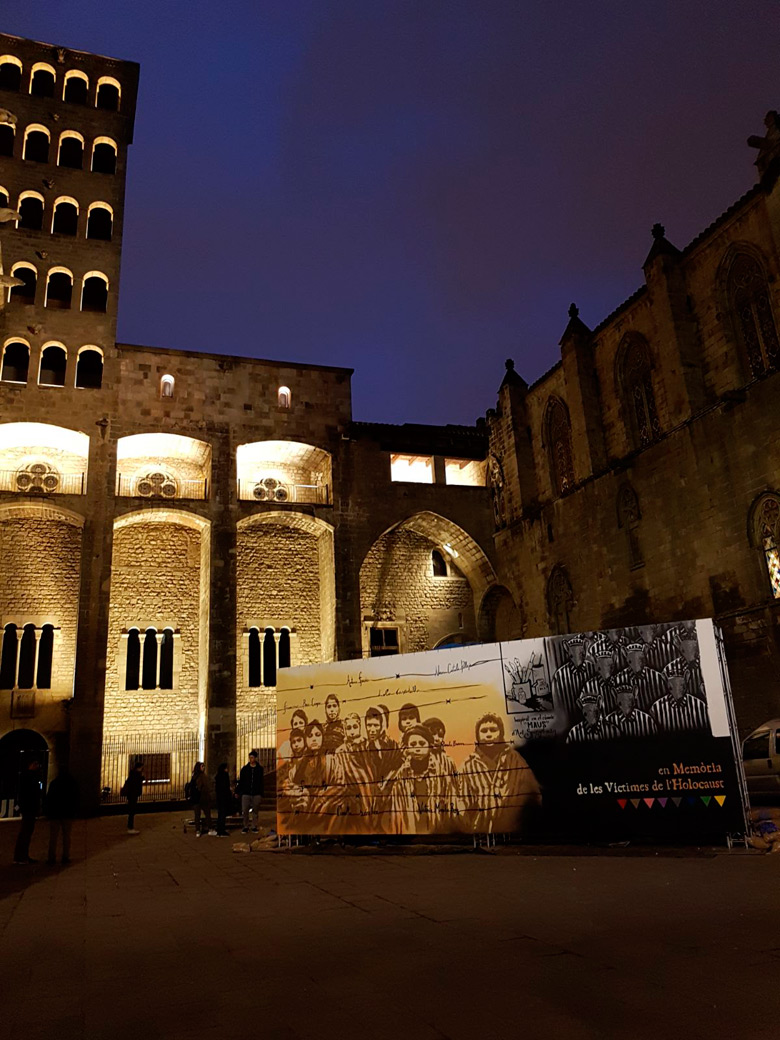 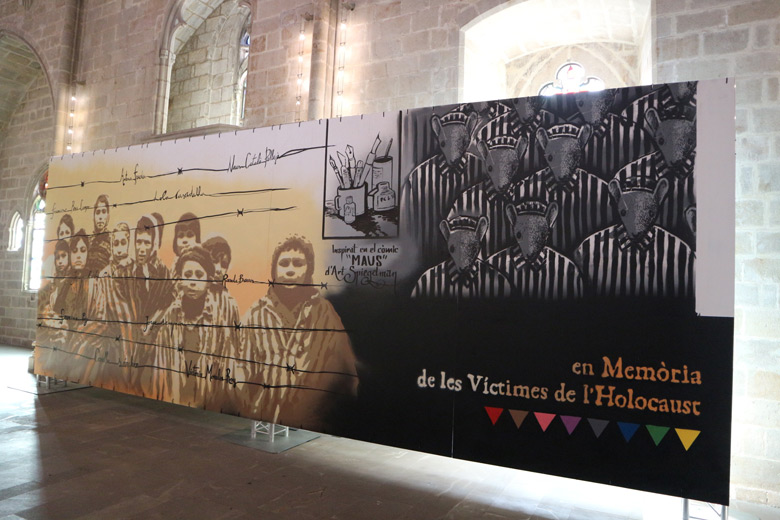 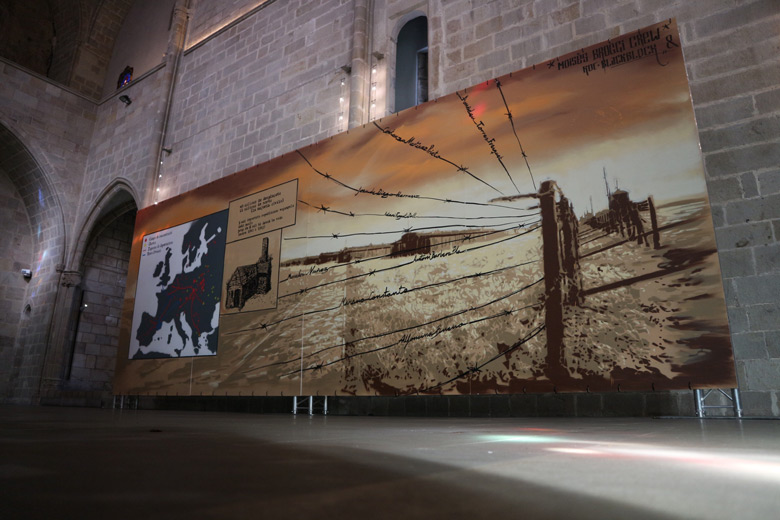