THE SEVERAL “CENTS” THAT YOU NEED TO KNOW HOW TO DIFFERENTIATE 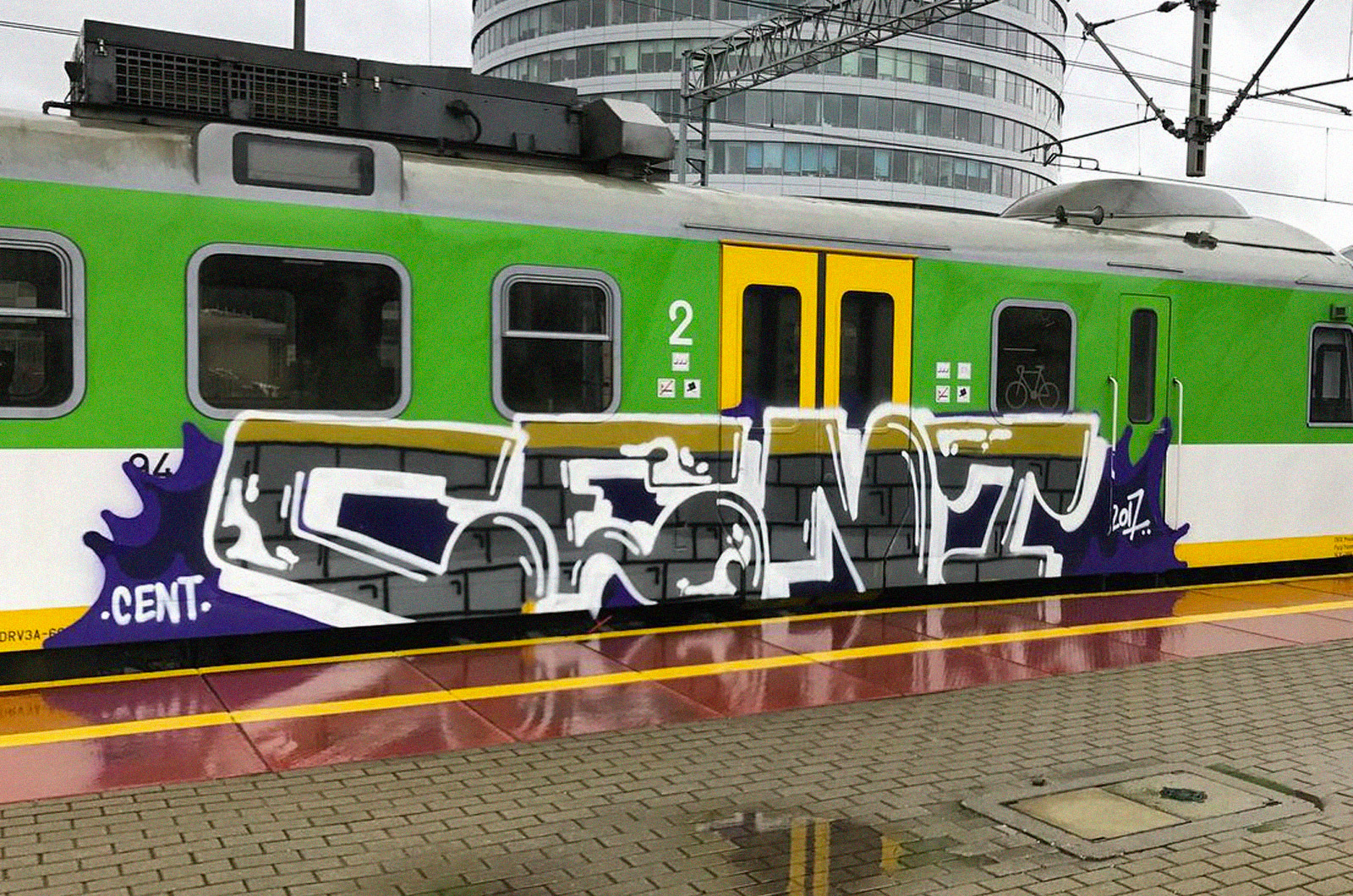 The truth is, Cent is a very attractive name… it sounds good, girls like it, and it has an elegant and original arrangement of letters. Aside from that, it’s a word with meaning and varying linguistic semantics depending on the language; from a monetary unit in English, a musical unit in Spanish, to a whole number in Catalan. Despite all this, the name Cent isn’t as common as you might imagine.

Whatever the reason may be for someone to choose four letters as a nickname, we’ve chosen the three “Cents” that you should take into account whenever thinking about the name.

It you’re talking about a Cent in Europe then it has to be Cent KFC, one of the most famous Polish writers. Those of you who have a few years under your belts will remember him for his assiduity in magazines like Concrete and XplicitGrafx.

His friendly style is recognizable for its perfect balance, simplicity and originality and more specifically, because he uses the same color for the outline as for the highlights. Simple yet effective color combinations allows the pieces to mesh easily onto the classic Polish green trains. 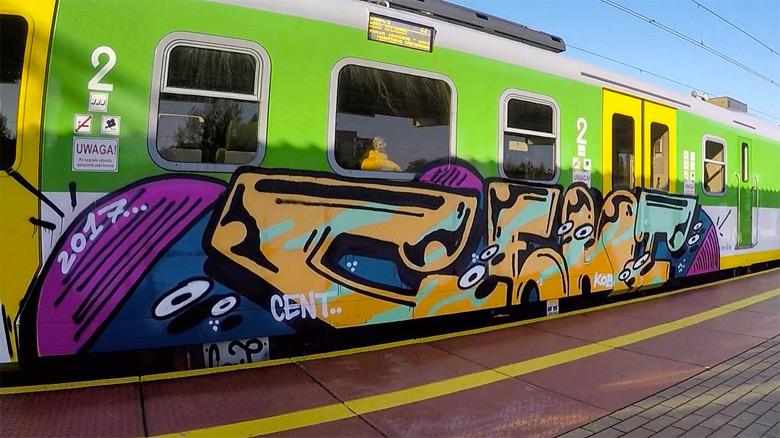 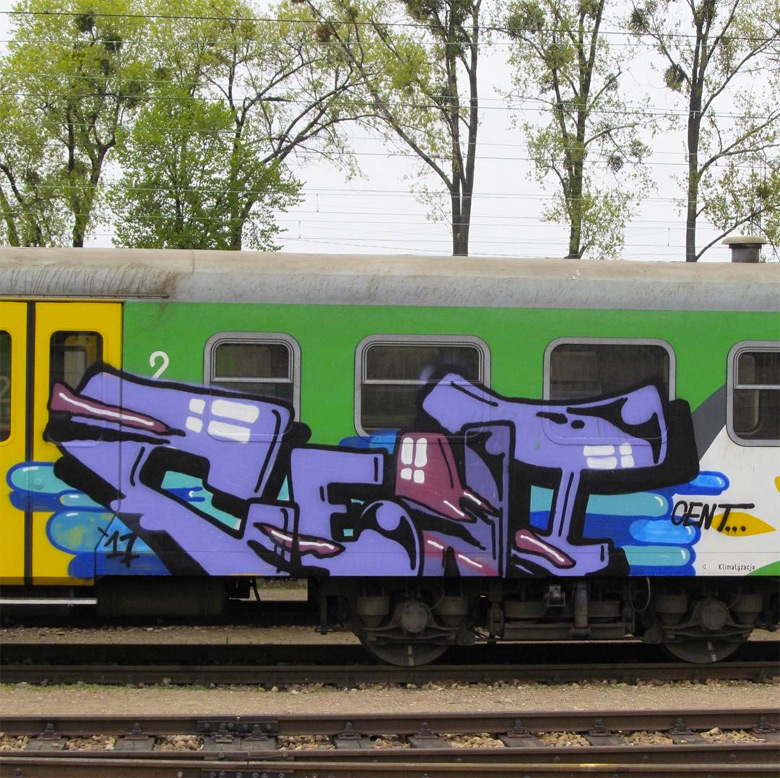 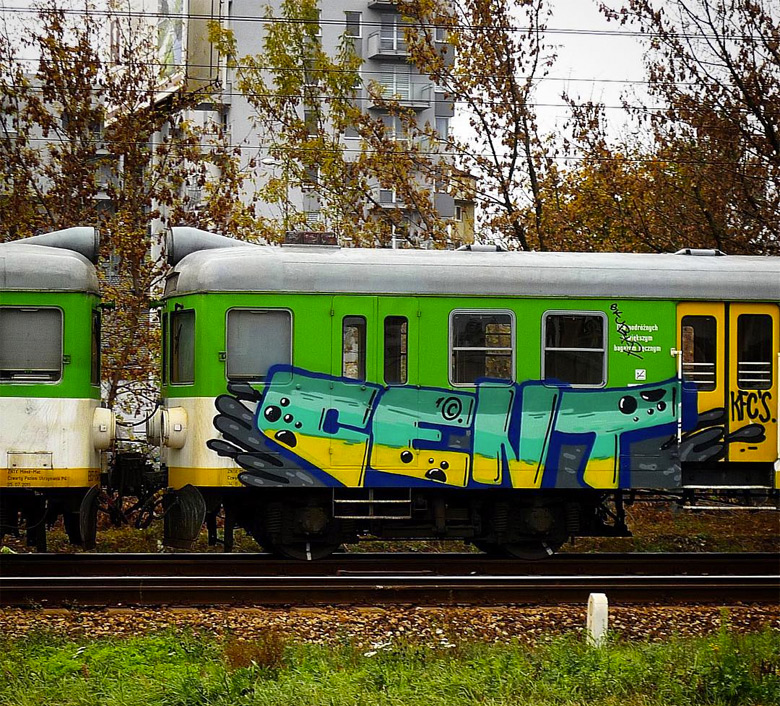 In Sicily there is another Cent: Centoner. Pertaining to the wildstyle fraternity, his activity is mainly based around walls; virgin walls and Hall of Fames alike. In this case the writer has opted for a style based on the use of high contrasting colors and a certain sobriety that brings it closer to graphic design. 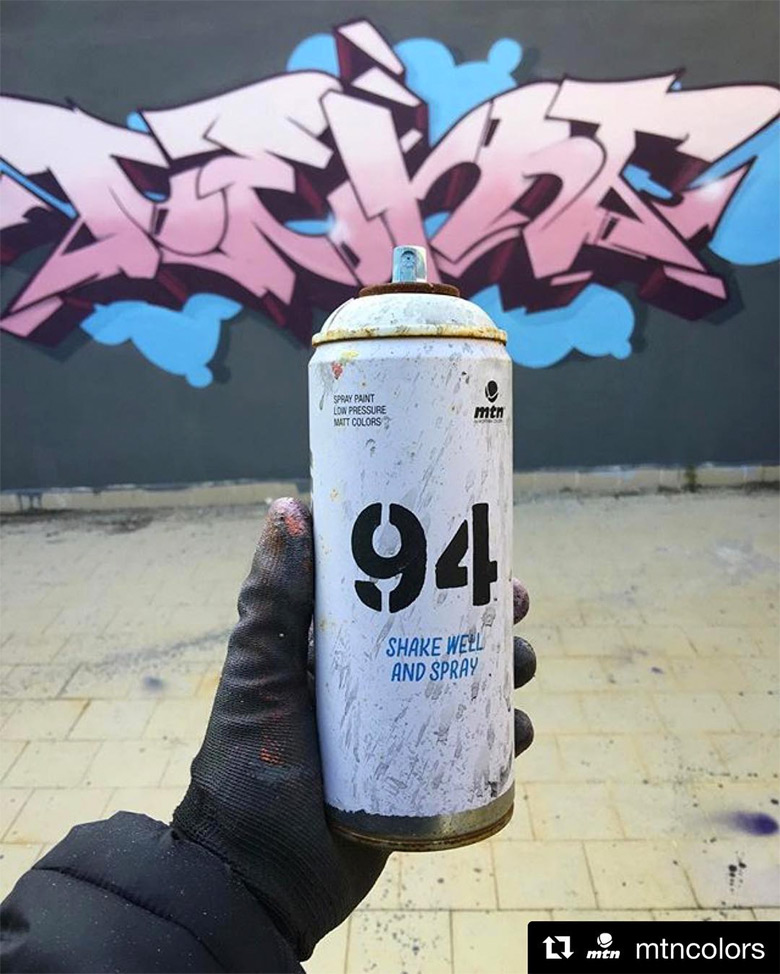 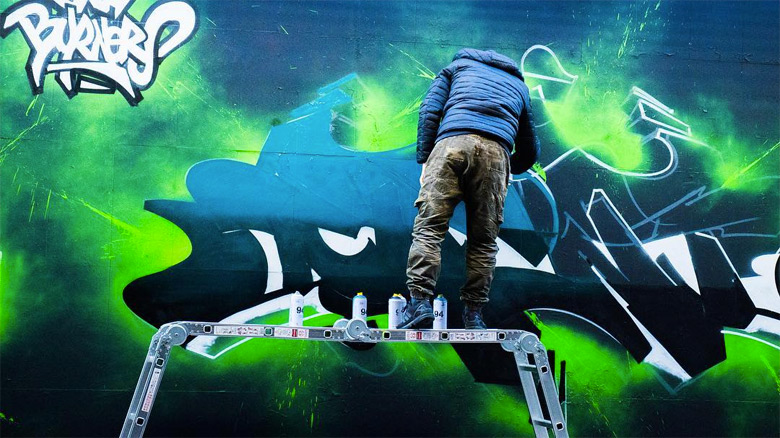 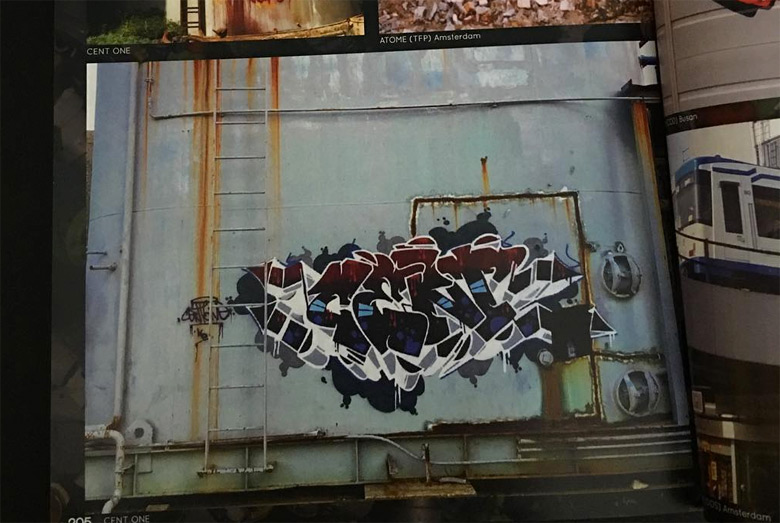 Cent EMS is a writer who’s work is much more linked to graphic design. Originally from Jacksonville, Florida, his artistic work is adaptable to many different surfaces. 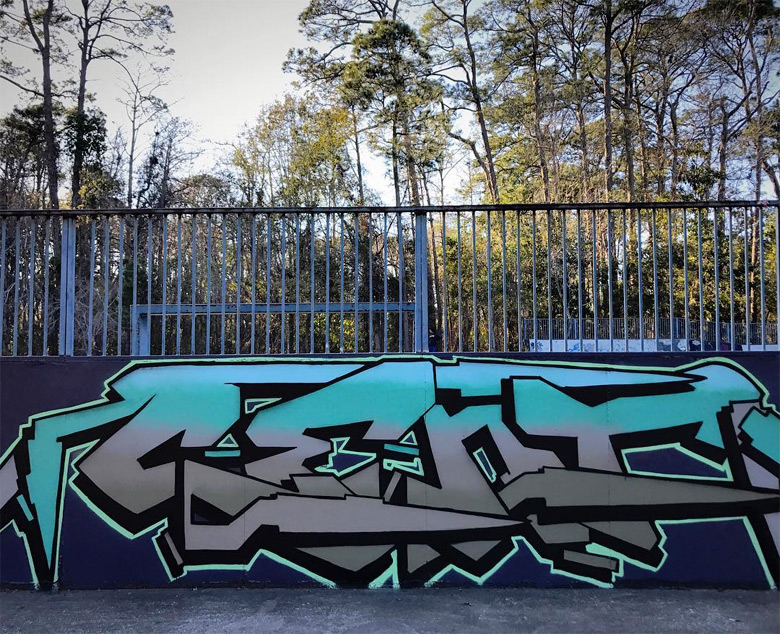 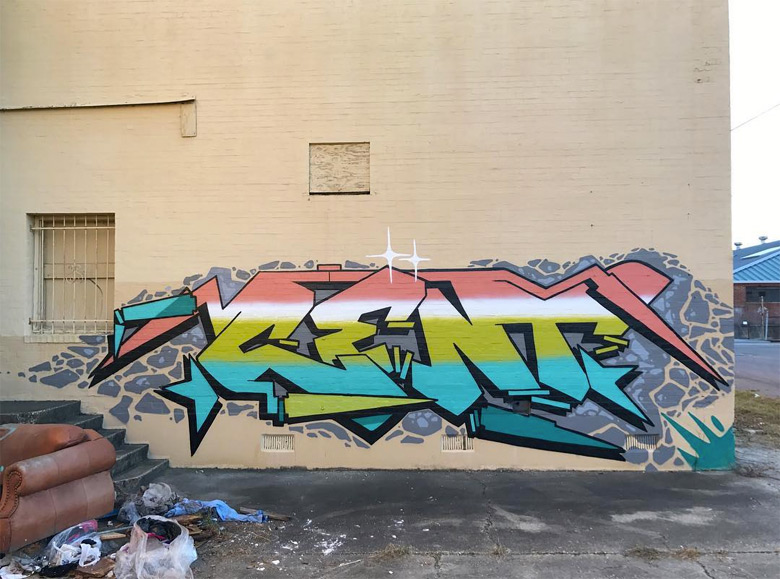 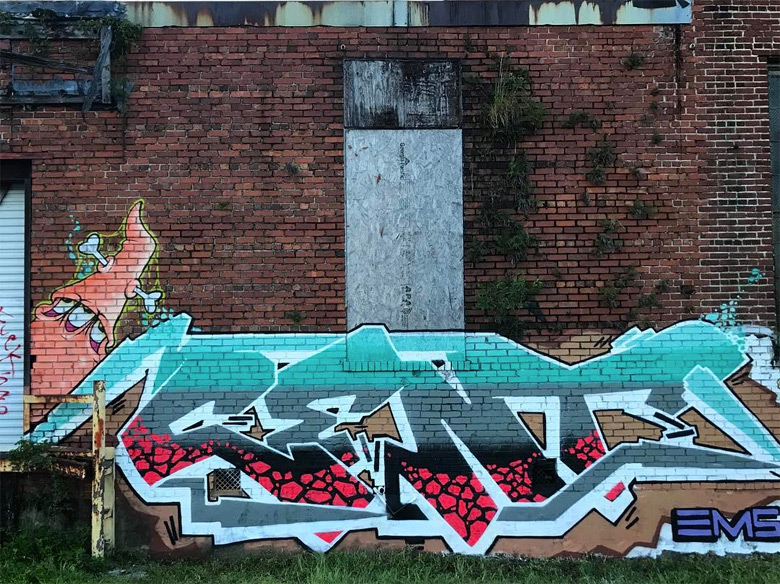 Also in the USA we have MR Cents who could have been skipped from the list for having an “s”, but we thought it was fair to give him a mention. Same goes for the Barcelona writer, Rocky TSK H.CO who for many years was know for the same name. 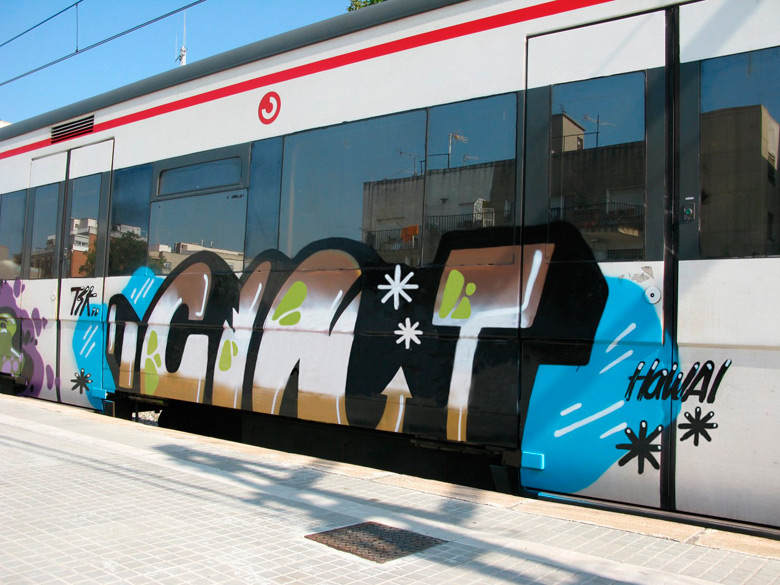 So, now you know the who’s who behind this peculiar name and how to tell the differences between these writers who coincide in the same four letters.

THE IMAGINARIUM OF: BASIK