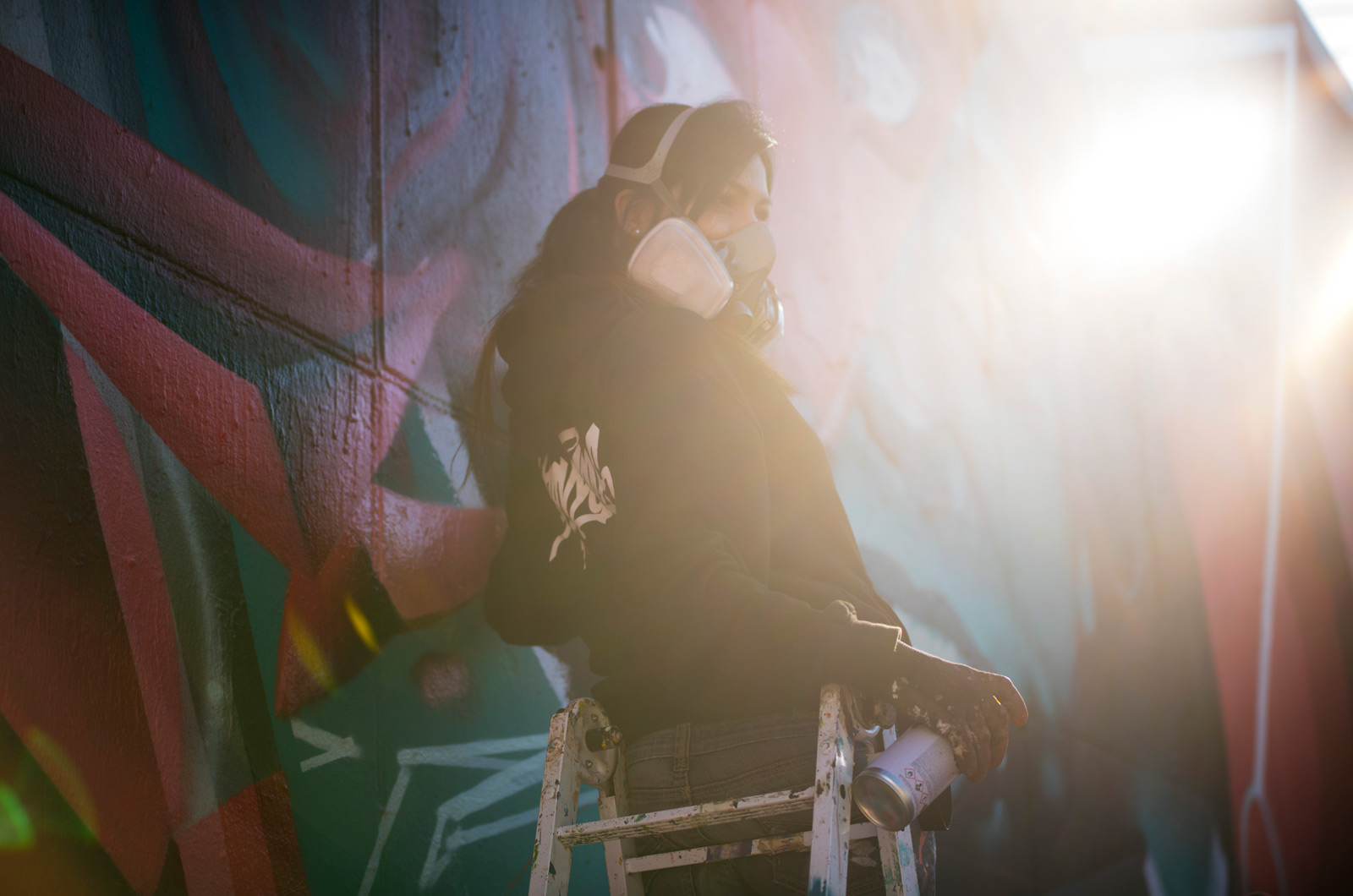 “The end is the beginning of something new” we said in our calendar. Last week we announced that we ended the 2017 edition of our “12+1”, and today we can present the start of the 2018 version of the same series.

To open this new year of interventions at the now mythical La Torrassa bridge, Contorno Urbano has chosen graffiti artists Zurik. Born and raised in Bogota and now living in Barcelona where she has filled a gap in the local scene thanks to her activities on the walls in Sabadell with a style easy to recognize through its fragments of graphic design and the more famous graffiti artists in Latin America. 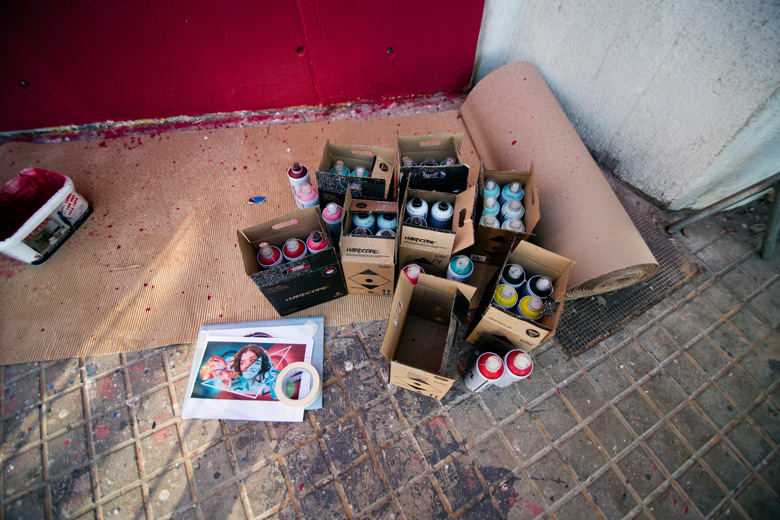 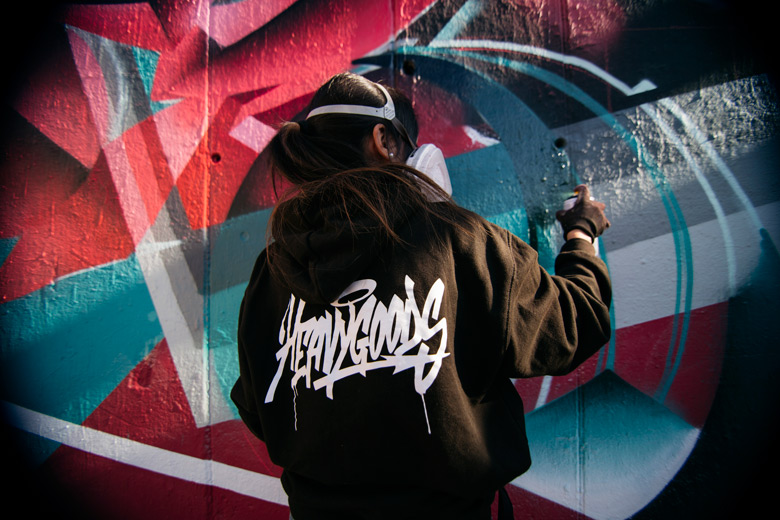 Zurik has in the center of her piece put a representation which combines different expressions in the face of the same character. Melancholy and joy are the two feelings, emphasized through the chosen color scheme, which builds the suggestive concept accompanied by the letters of Zurik. Apart from offering the very best of the style of this Colombian artist in large format, the piece also has some peculiar parts in it: “Since I spend 80% of my time on letters, I decided to include them in a way where they neither steal space or gets lost behind the featuring character, this is why the shines and contrasts are less pronounced, in difference to my other works“.

Clara Antón and David B. Rock are back to cover the details of this intervention in a video which you can see right here. 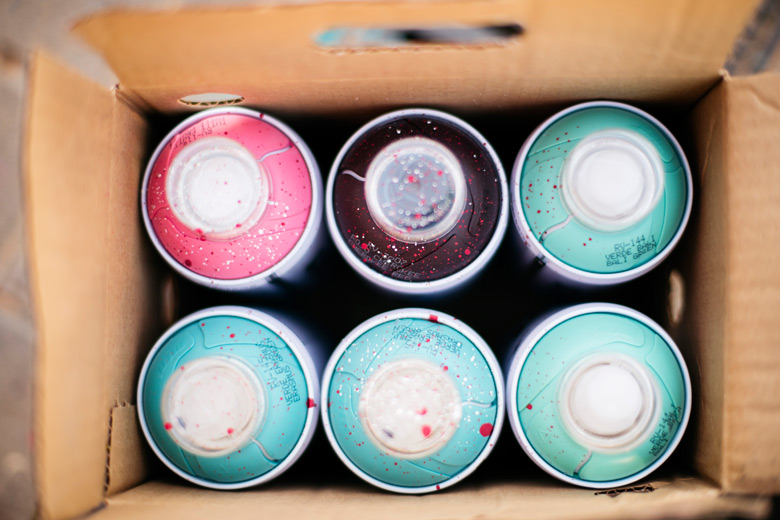 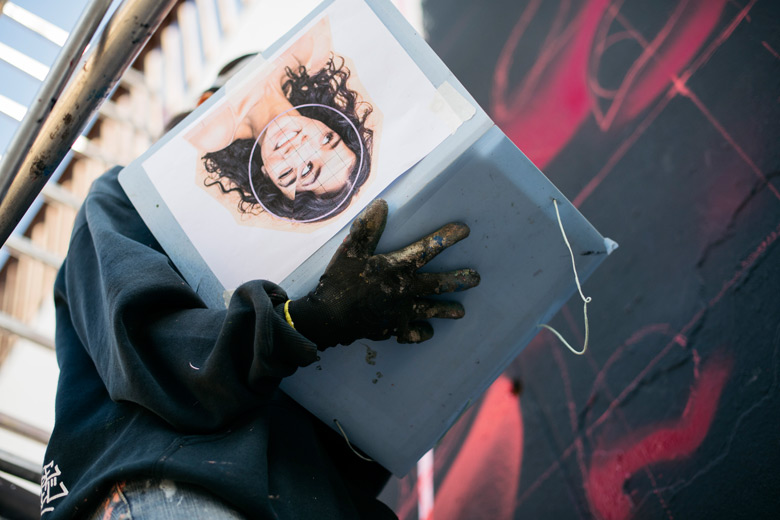 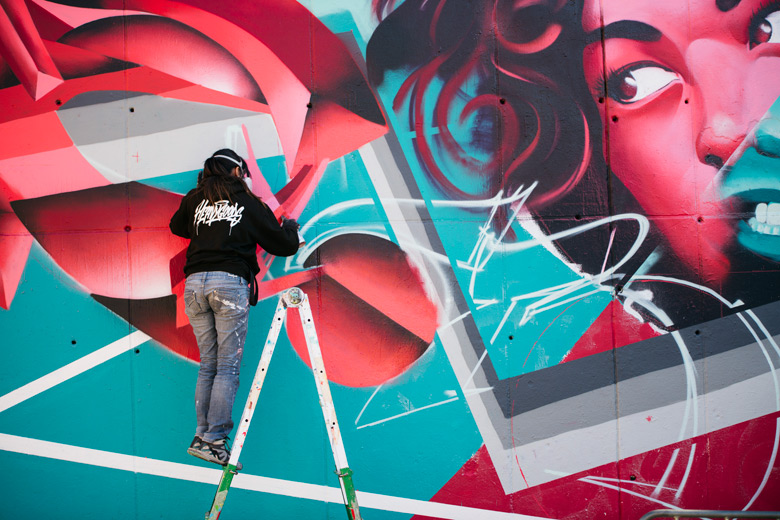 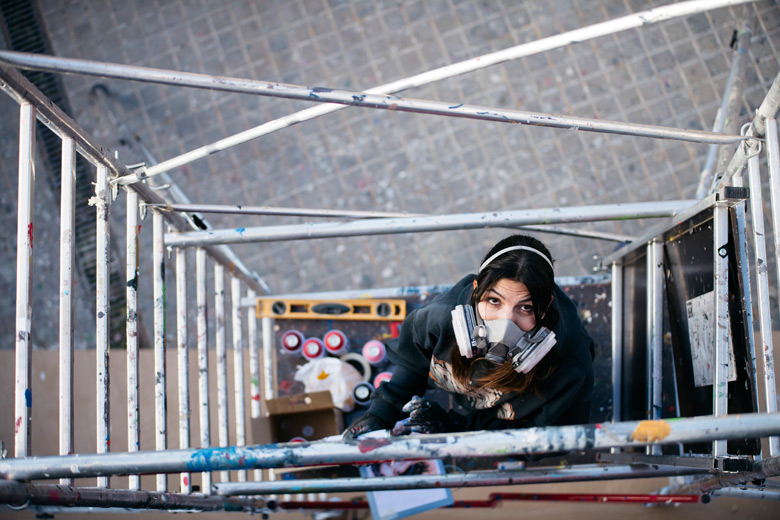 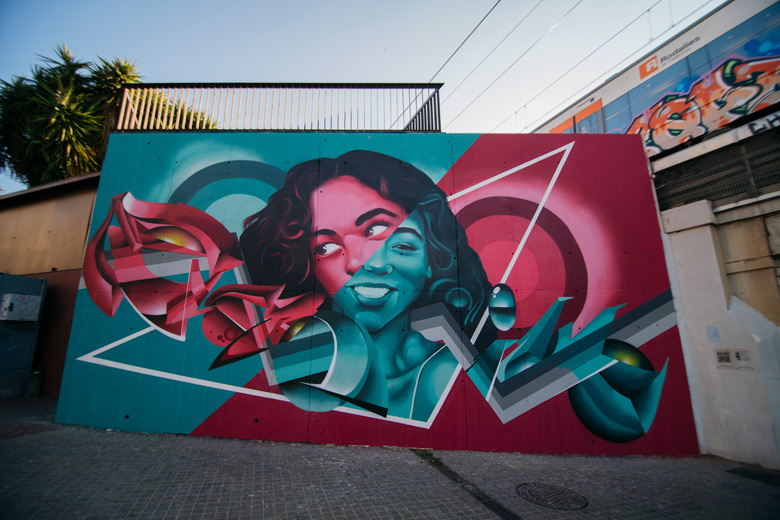