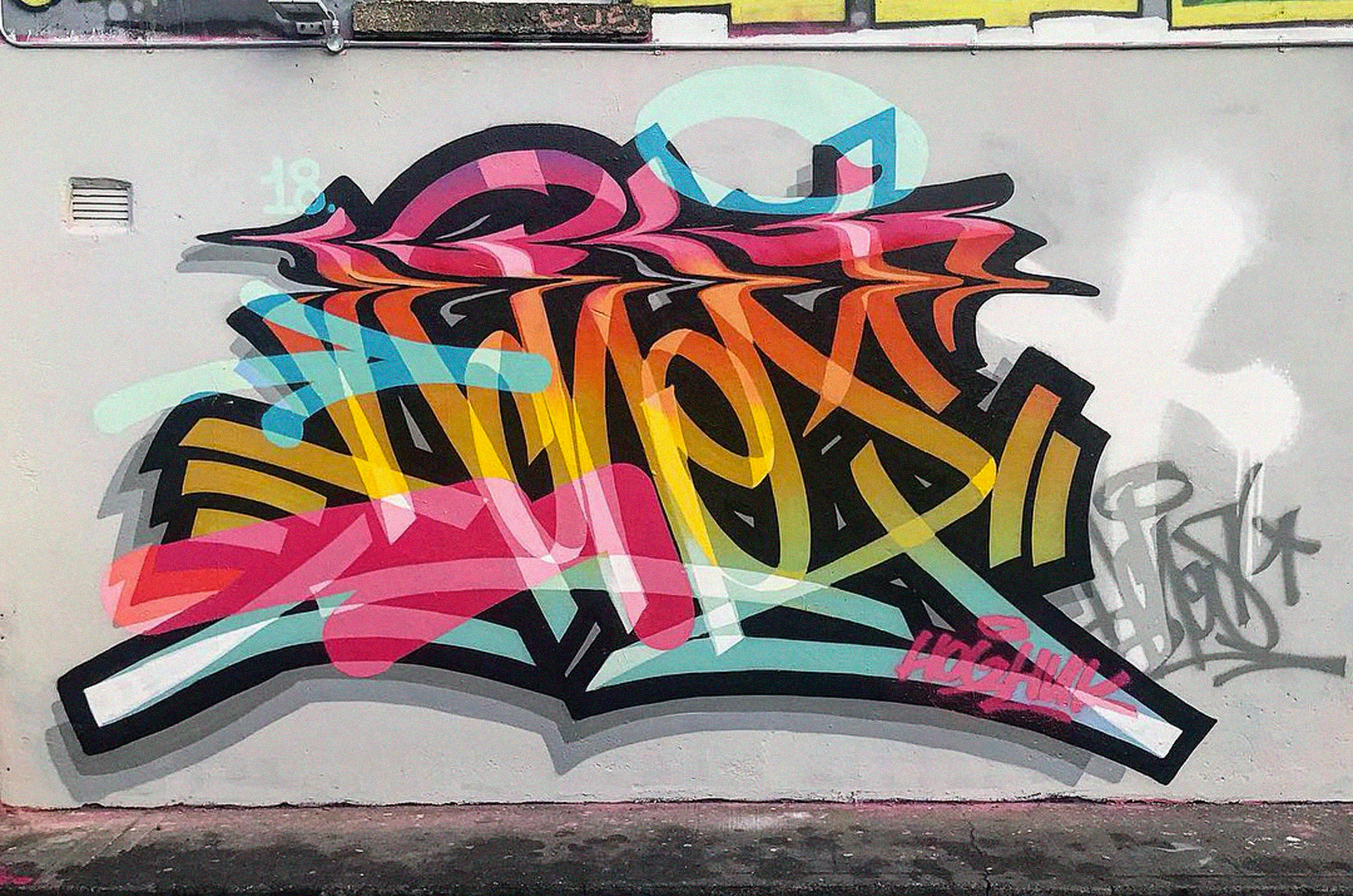 The last years we have seen a graffiti trend develop, and it is practically becoming a independent style. We are going to name it “CGI graffiti” since it is based on a aesthetic inspired by digital effects, this way creating a sensation which makes the piece look like if it was made by computer. One of the most faithful to this expression is the Irish graffiti writer Aches. We have already recommended our readers his Instagram before, but now we have tried to analyze his style from a more technical perspective…

How long have you been painting for?

“I think looking for inspiration outside of graffiti is the most important thing though, it helps bring something new to the table“

It hasn’t even been two years since you made a radical change. What was the reason for it?

When I started painting I was doing at most 5-10 pieces a year if even, I think in 2013 I might have painted 1 or 2 pieces. I started painting a bit more in 2015 and then I was put down in HUK, seeing what they were doing made me a lot more motivated and focused, it was like I had just started all over again. I think in 2016 I probably painted more than I had for the previous 8 years altogether. 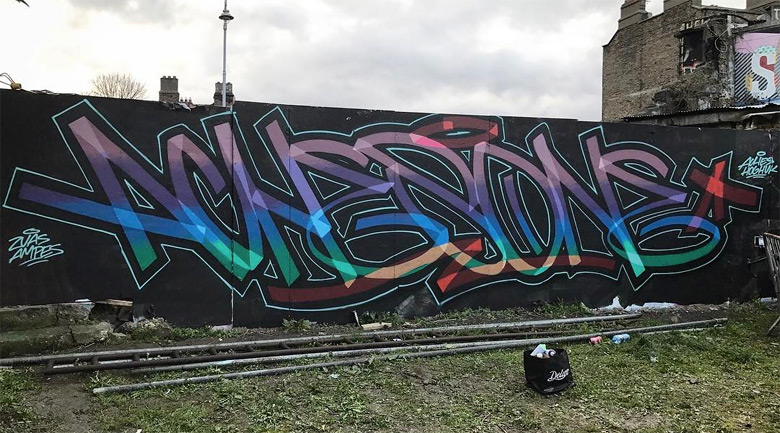 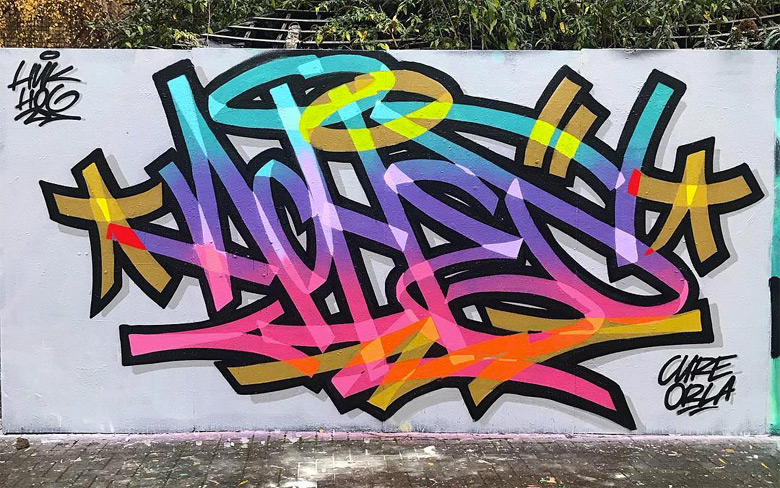 What inspires your compositions?

I’ve always liked type and handwriting, this lead to a big appreciation for handstyles when I started graffiti. I was always pretty shit at them so I never focused on them until recently, I simplified everything and stripped it all back, I was essentially just using my handwriting and still do sometimes. This has been a big influence on everything I do now. I also take influence from sign writing and the cleanliness of it. There are still a lot of old hand painted signage around Dublin and the majority of them are quality.

I do a bit of design work here and there so I tend to draw influences from that too, I like to take digital effects and paint them in my pieces. I try to look outside of graffiti as much as possible for ideas, I look for good colour schemes in almost everything I see. I think looking for inspiration outside of graffiti is the most important thing though, it helps bring something new to the table, and then I mix it all with the foundation of graffiti, a handstyle.

Have you received any criticism from more conservative writers?

No, not that I can think of. Theres some constructive criticism, which is usually beneficial. 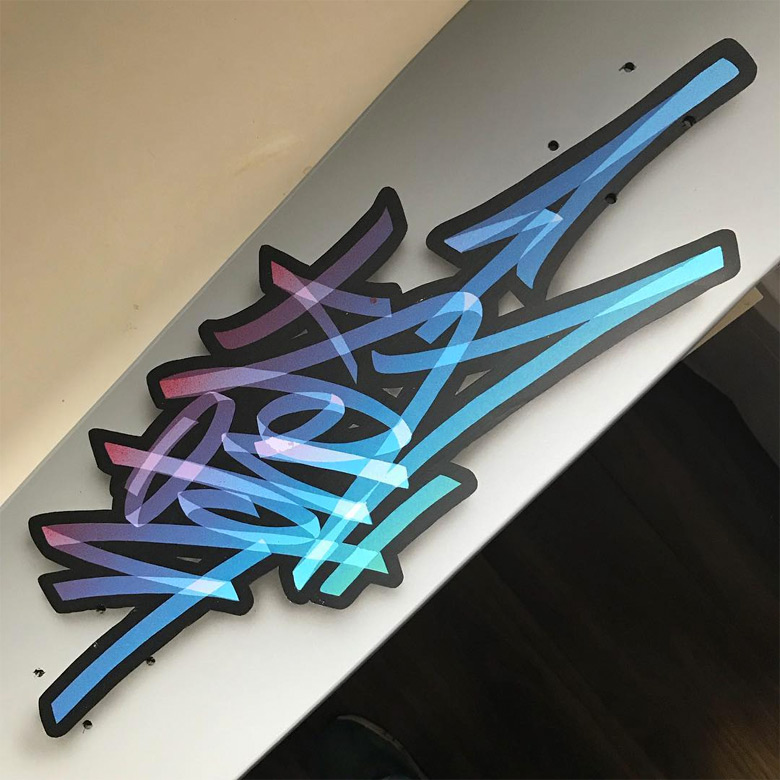 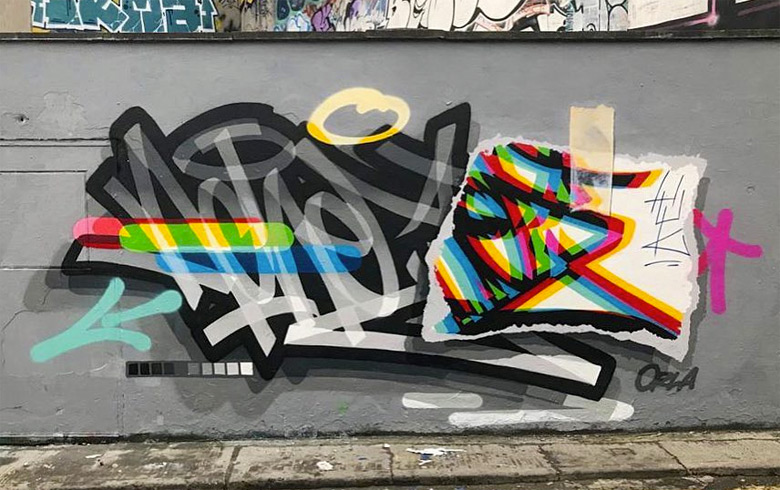 Do you do drawings by hand or digitally?

A bit of both, sometimes I will go to the wall and just do a quick marker tag on a piece of paper or even with the can and use that as a reference. Other times I will take a tag and alter it completely on the computer and use that as my reference. I like doing stuff on the computer because you have an unlimited colour palette and it’s easy to correct mistakes or change some things around. I would like to spend more time sketching some more traditional graffiti though.

Do you use special spray paint like spectral or fluorescent colors?

No, I generally stick to just the regular colour range. If i need to make a shadow I much rather just use a darker shade, or a lighter shade for a highlight,

What other writers have caught your attention recently?

Theres quite a lot, although they haven’t caught my attention “recently”. In Dublin there are crews like EDS and IOU who are putting a lot of work in, they’ve helped change the scene in Ireland and take it up a notch. Outside of Ireland and more recently, I really like stuff from Secret, Zedz, Dixit, Siege, Tones, Debz, Tacos, Piano and plenty more.

What new special effects are you thinking of trying in the future?

I don’t know yet, I never plan too far ahead, otherwise I’ll change my mind.

Is there someone who you would like us to interview? What question would you ask them?

Rask, whats your opinion on how far the Irish Graff scene has come?

Shouts to everyone in Ireland pushing it forward. 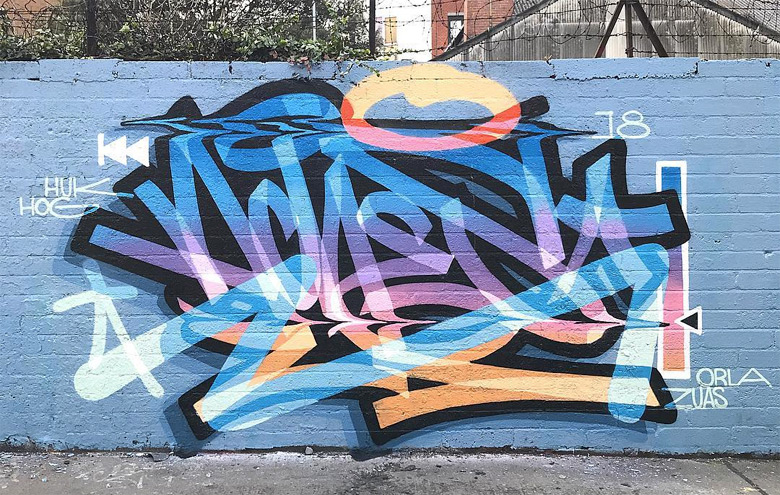 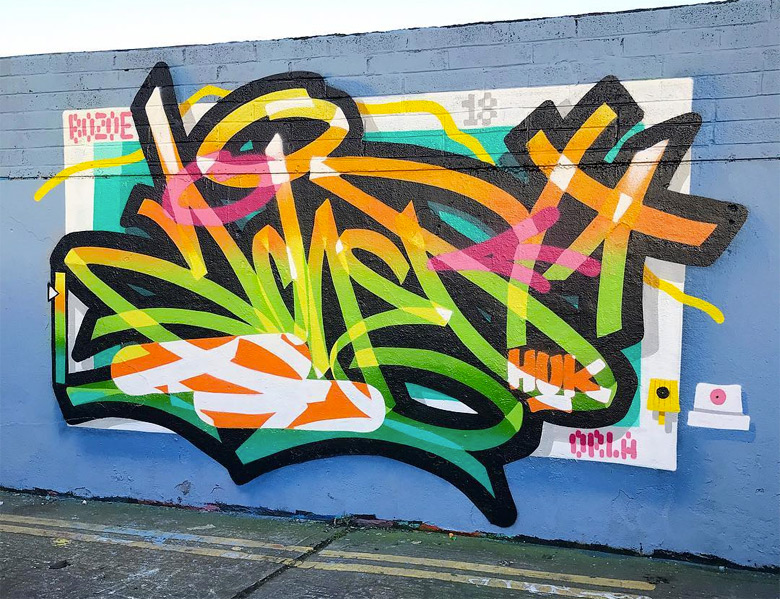 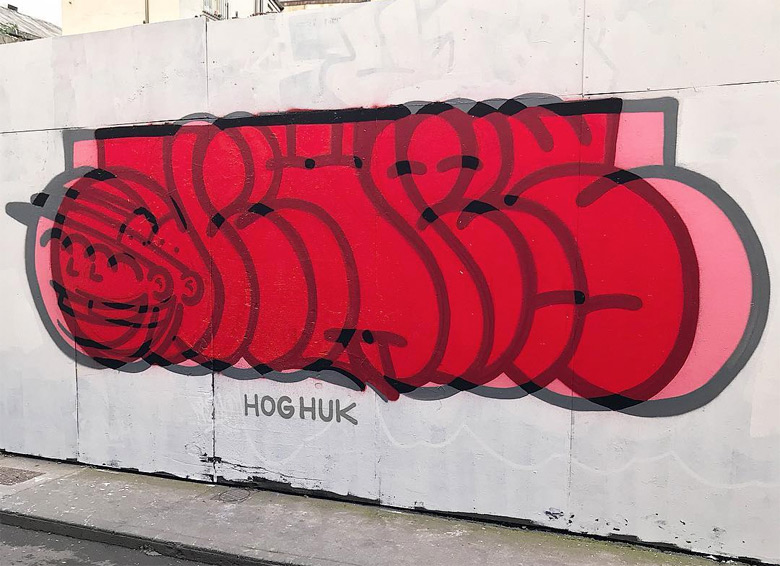