‘WRITING MY DIARY’ ANOTHER SUCCESFULL EXHIBITION BY EGS IN HELSINKI 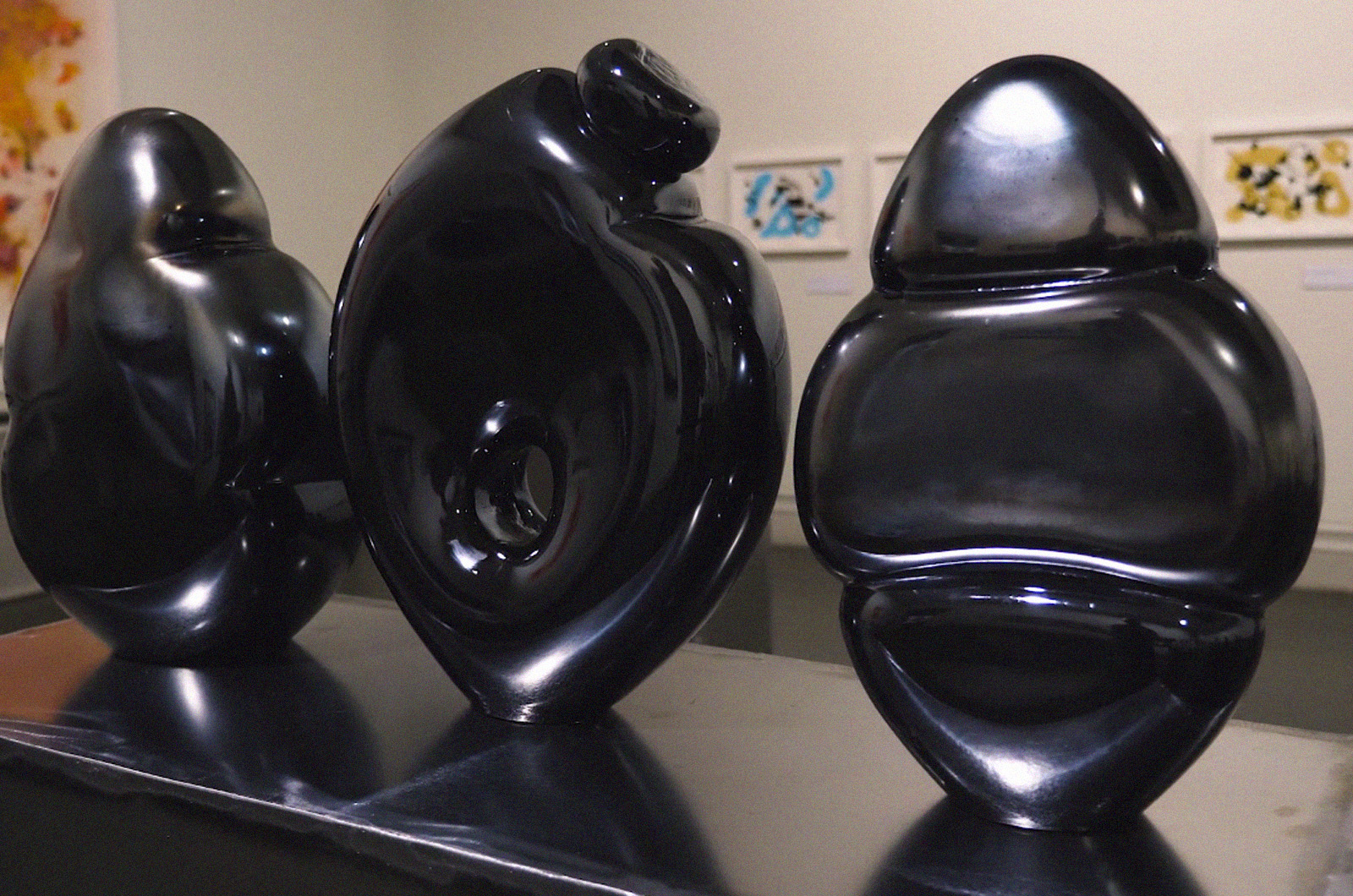 “Writing my Diary” is the name of the exhibition that EGS inaugurated on February 13th at the Helsinki Kunsthalle exhibition venue in the Finnish capital. The Taidehalli center for arts has come forward in giving the celebrated artist and graffiti writer a show that will remain open for public viewing until February 25th. 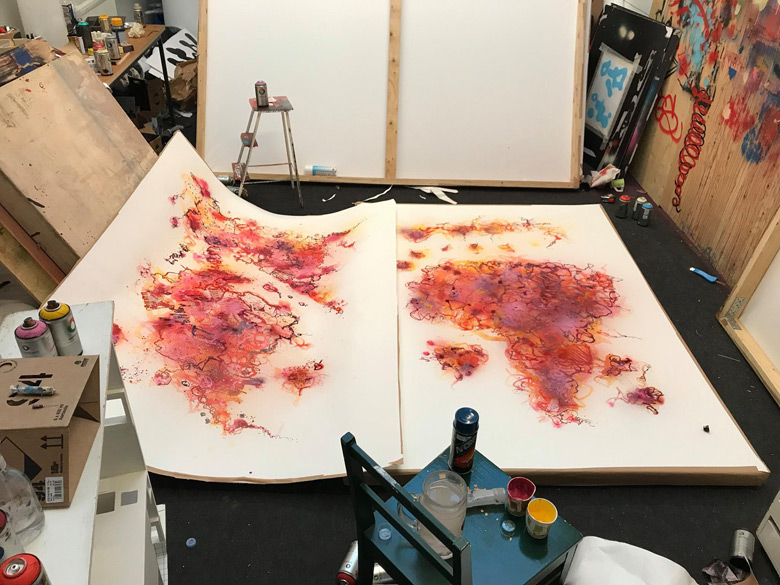 It’s possible that this is the most important EGS exhibition to date, and not just because of the great turn out that his inauguration received. As you can also gauge in the video provided by Twelve, the enormous space dedicated to his work was invaded by a large amount of works completed in various mediums. Aside from the Finnish artist’s already well known india ink works, a collection of different colored glass-blown sculptures have been added to the list.

“Simultaneously with the exhibition opening, a book bearing the same title as the exhibition was published by Finnish Art Society. This anthology introduces the work of EGS from the 1980s until today as well as depicts the evolution of Finnish graffiti through the personal documentation of the artist. The book includes texts from Alan Ket, Rafael Schacter, and Jacob Kimwall.“

A huge mural maintains the link to wall creation and this composition is the most evident example in demonstrating the conceptual connection between the world map and his letters. Seeing that Egs’ graffiti is extremely well known amongst all people interested in graffiti and street art, then it’s fair to say that his artistic work is receiving the same diffusion, and spreading out just as far, making EGS an artist whose artwork and graffiti are part of one same indissoluble package. 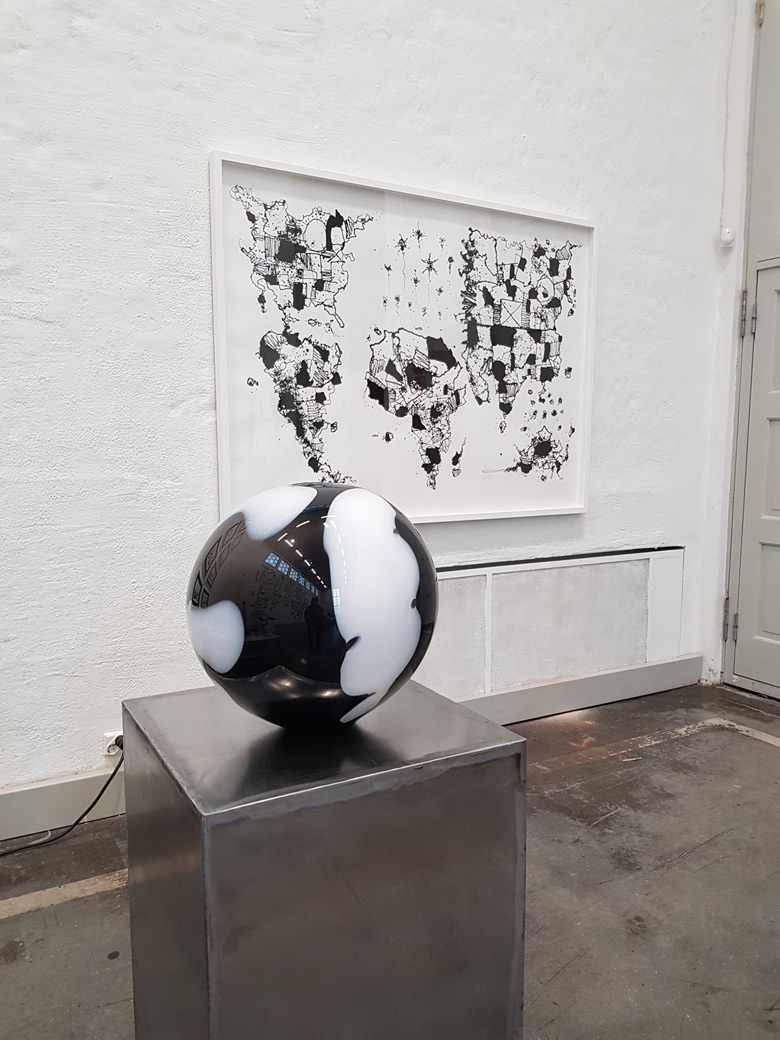