PURO KAVS, THE SPEARHEAD OF THE NEW COLOMBIAN GRAFFITI 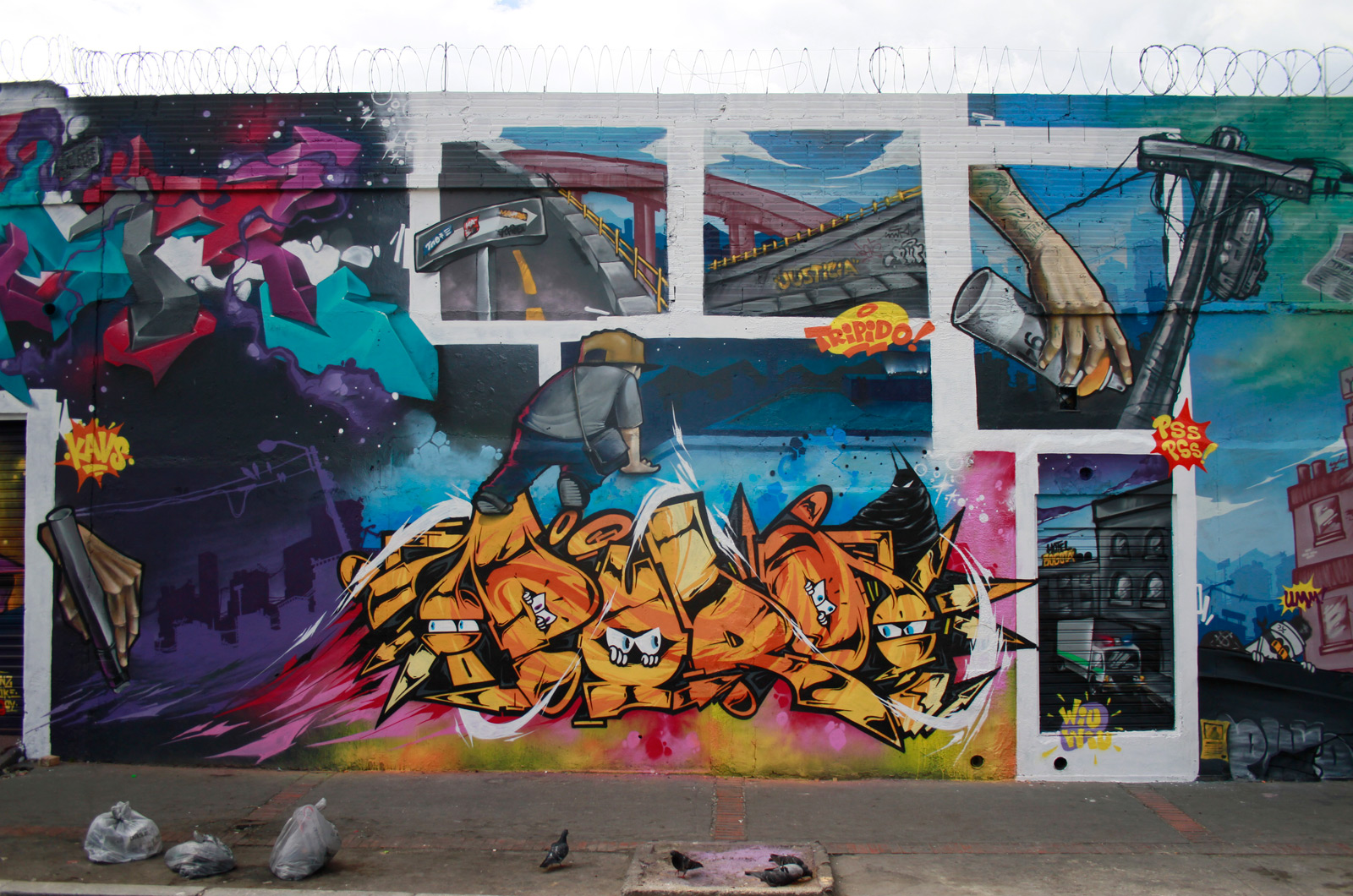 Kavs Crew in Bogota seems to be laying the foundations for a graffiti style that, although eclectic, defines a stylistic movement that’s developing in Latin America. One of the most prominent names from the Columbian crew is Puro, a writer whose pieces demonstrate a striking balance between originality and classicism.

We didn’t feel like it was a enough to just show you a handful of images of his work so we grilled him with a handful of questions to build a better understanding around his notorious way of doing graffiti.

“I don’t think there’s a style that defines us specifically. We’re like a molotov cocktail with many ingredients from all over.“ 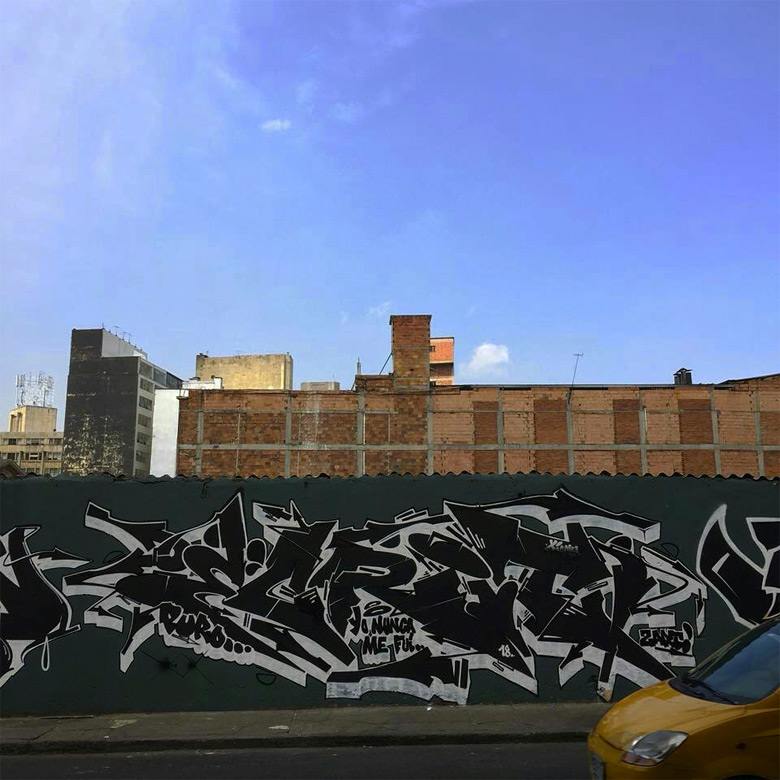 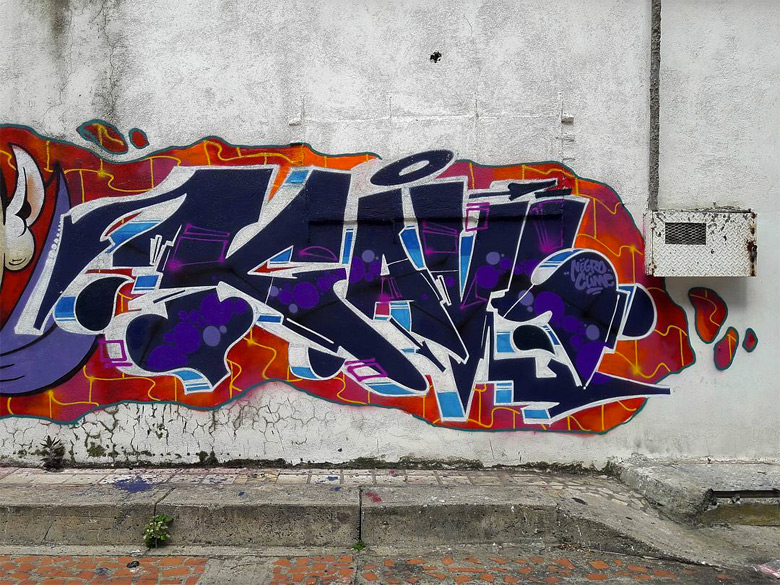 Where are you from?
I’m from the capital of Columbia, Bogotá.

What crews do you represent and who’s in them?
My family is KAVS, formed by BMOZ, TNO, NEGRO, STOPE, and MESEK.

Where does your name come from?
I used to write Écrit when I started around 2003 or 2004. 10 years later, Stope, a friend from the crew who is very versatile with letters, would play around with several names like Puro, Pare, Repa, Stop, or Stoper. On one wall that we painted, we swapped the name “Puro” for a painting that I did on canvas and since then I appropriated the name and decided to give my style a bit more freshness.

Describe the Bogota scene for us.
Bogotá is a scene with a lot going on. New kids come up every day and the streets are completely bombed. There’s incredible writers and styles and there’s also the press and different groups of people on social media who have distorted the concept of the street and have sold it to people as painting huge murals with indigenous or nature-related concepts. The Mayor in Bogota has always wanted to make graffiti a responsible practice that generates projects and a lot of money but that’s garbage. Although, I do think it’s good to play their game to get money out of them in order to later hit the streets hard with the style we like. As NACH says, “Make money from the system by making music against the system.” This city has potential and there’s few who understand the game and enjoy it.

Do you think there’s such a thing as a Columbian graffiti style?
I don’t think there’s a style that defines us specifically. We’re like a molotov cocktail with many ingredients from all over.

Do you consider yourself to be part of it?
I’m a part of that molotov cocktail. 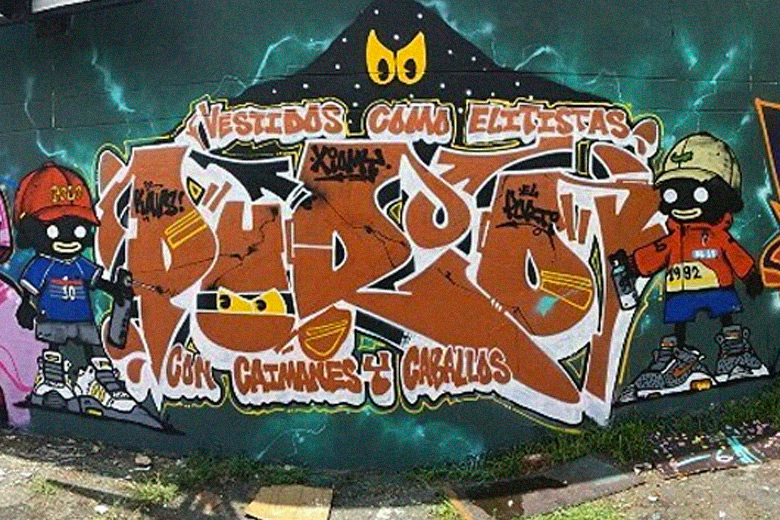 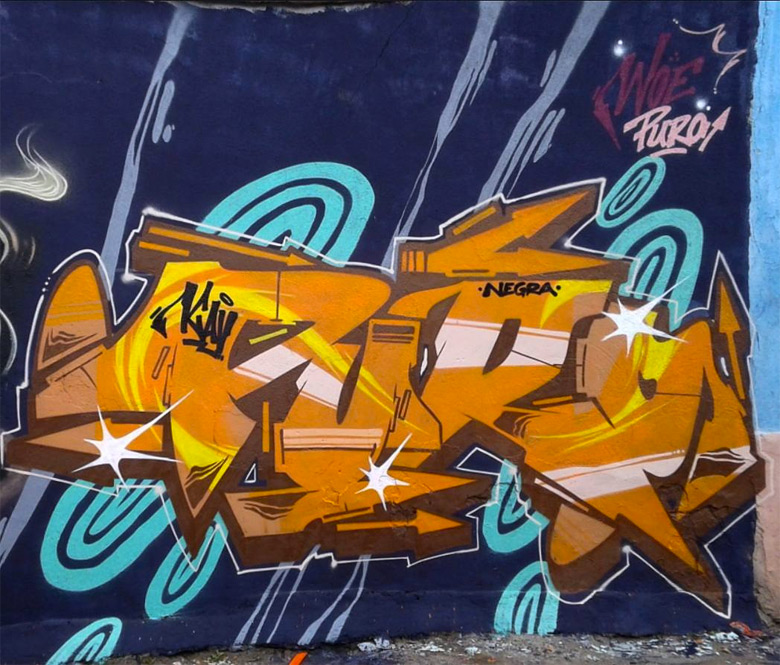 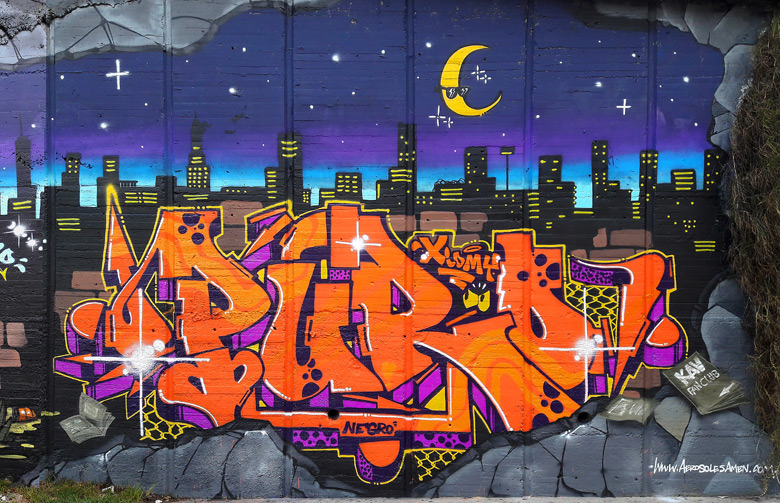 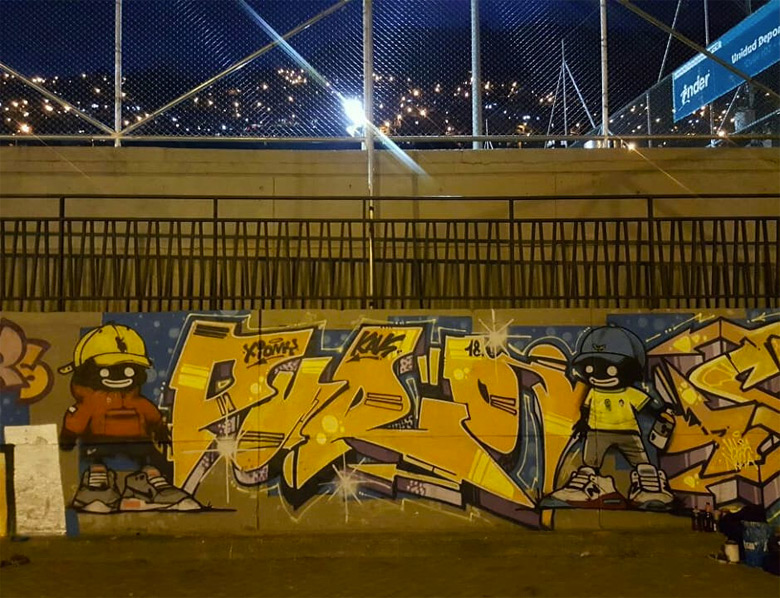 Can you give us some writer names who have caught your attention?

From my country I like Load’s pieces, tags by Error, throw-ups by Bmoz, Saga’s style, Kabe, The Ases, Inger, Kef, Showe, Beek, S2C, Sacke, Clime…
From abroad the best of all is Senk-Cms from venezuela.

Do you follow some sort of criteria when choosing colors?

I like to paint with high contrasts. I’m a fan of two-color graffiti, white and black… that way the style can’t lie.

Who would you like to read an interview about? You can say three names.
– Kuma
– Senk
– Revok

The neighborhood or the World?
The World 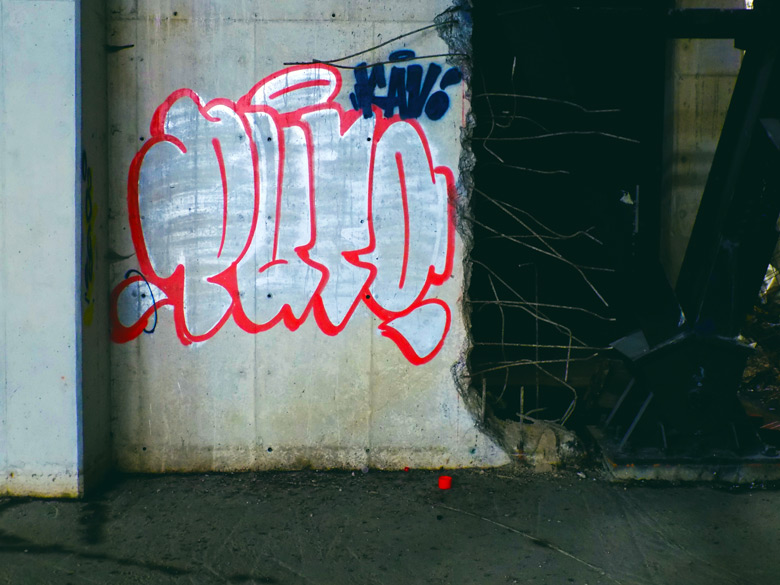 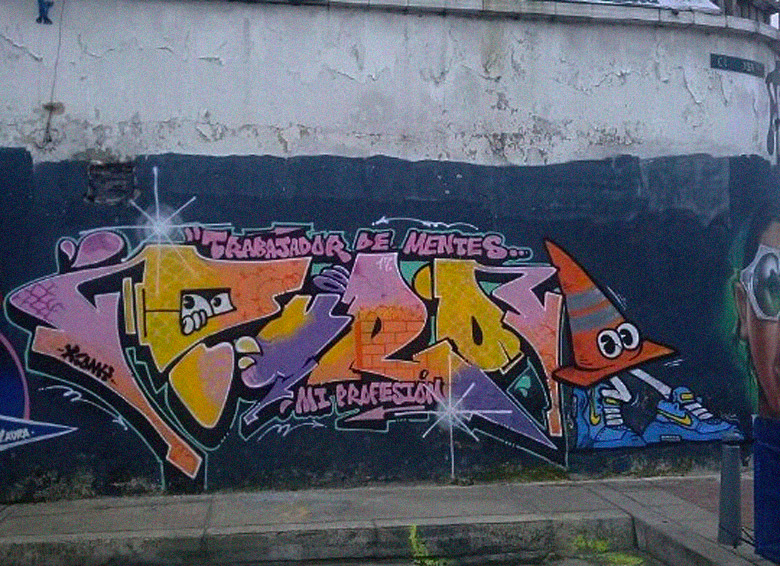 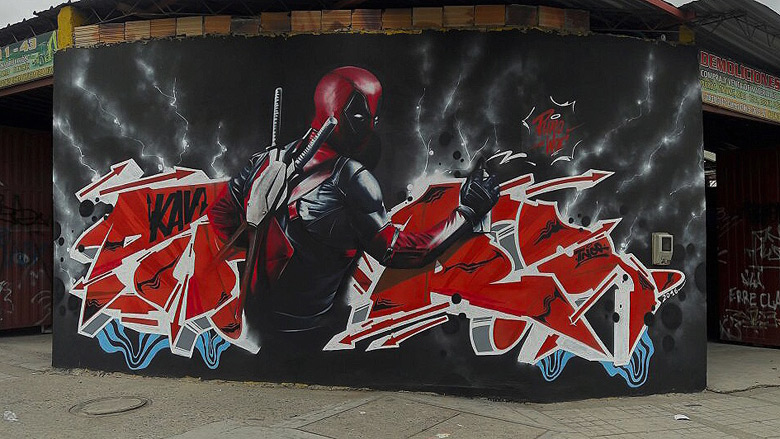