SAILE’S EXPERIENCE AFTER BEING SHOT IN THE STREET 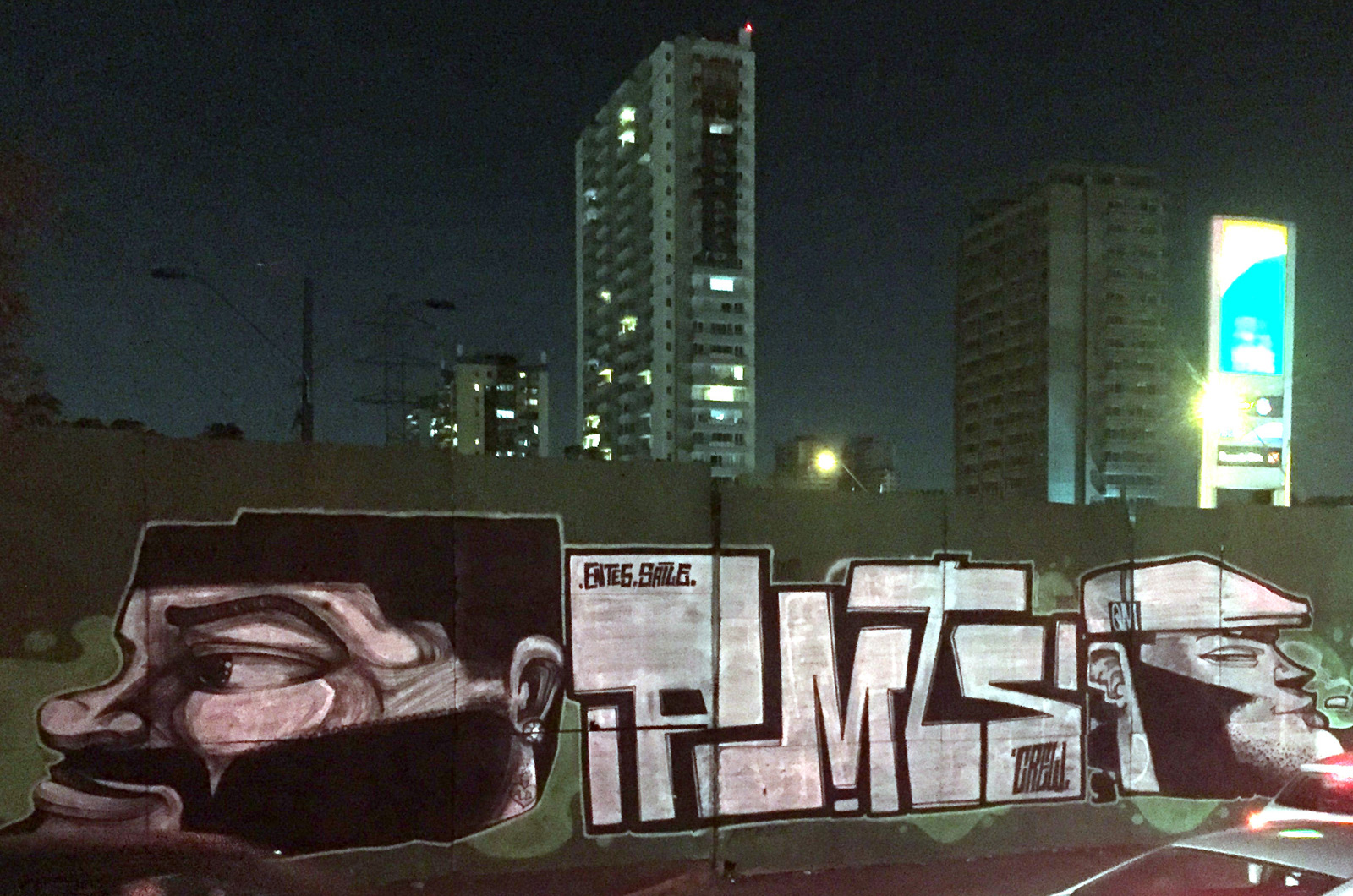 If you’ve been perusing Saile’s Instagram you may have noticed that he’s only posted a couple of pencil illustrations lately. You might have also noticed some messages in support from some of his friends. So, what happened?

At the end of March, Saile was shot in the leg by some assailants who tried to steal his sentimental partner’s car in the Southern center of Santiago de Chile. Luckily, the incident didn’t result in any severe consequences and, after an operation to reconstruct the affected bones, Saile is feeling well and ready to face what will be a long recovery.

We spoke with him so that he could explain a little about the unfortunate anecdote, how it will affect his artistic career and other interesting perspectives on violence in the streets. You can read the full interview at Sprayplanet.com

Oz Montania, Apitatan (Ecuador), Entes and Pésimo (Peru) together with Saile are members of a new crew that has strengthened their contact and relationship, and allows them to carry out artistic projects on a broader scope. An example is the brewery project in Paraguay which was their first intervention completed in December.

“I hit him in the face with my spray can and he thought I was trying to steal his phone so he yelled, “shoot him, shoot him!”, and when I raised my head the other guy came out and shot me in the leg”

It’s with Entes precisely who Saile was painting with that unfortunate day. Saile’s girlfriend had left her car parked with the windows open next to the wall where they were. Two individuals appeared with the intention to steal the vehicle and when one of them jumped in through the passenger side window, the scuffle commenced. “I hit him in the face with my spray can and he thought I was trying to steal his phone so he yelled, “shoot him, shoot him!”, and when I raised my head the other guy came out and shot me in the leg”, explains Saile. The violent altercation came to an abrupt end with a gunshot that fractured his tibia and fibula and left him on the ground.

After the police and ambulance arrived, Saile was taken to the hospital where he was attended to after a fortunately brief wait. “Here in the public hospital, if you don’t show up with an extreme emergency, you can wait a whole day, so despite the bad luck I was quite lucky in the end”, he tells us. After two hours passed the operation which involved inserting an intramedullary nail in his leg had ended. On the positive side, it’s noteworthy to mention that thanks to the law of emergency treatment and the fact that it was a gunshot wound, the price of the operation wasn’t too costly.

Now that he’s been through the worst of it, Saile has to reconfigure his life and remain immbolized for the next 4 or 5 months. This is a new situation for the Chilean and he plans to take advantage of it in order to be able to concentrate on more stylistic and conceptual aspects of his work. Saile’s exemplary positive attitude allows him to assimilate the mishap as an opportunity to invest his effort and time into studio work: “Surely my visual style will be affected. I want to work a lot on it during this time. It’s a good opportunity to take advantage of that aspect and reinvent myself”.

“I think graffiti made me strong and able to confront these types of things. As a kid you would see worse things”

This occurrence leads one to ask themself many questions about violence in the streets. Saile proclaims, “I think graffiti made me strong and able to confront these types of things. As a kid you would see worse things” seeing as though this wasn’t the first time he had encountered similar situations. “A couple years ago some people tried to rob me in my house. Five armed guys came in. I also felt relaxed in that situation and confronted them and they didn’t manage to steal anything” says.

An issue that is directly linked to the topic of fire arms: “Within South America I think Chile is the country with the least access to guns. (…) In Brazil people have war ammunition, and in Argentina and Colombia the same. Here there’s just guns”.  In this sense, Saile continues to express his rejection for the use of weapons since they only lead to negative consequences.

“Bad things happen to all of us and the only thing left to do is to get up, keep having goals”

Despite the long recuperation that the Santiago artist has ahead of him, his optimism and tolerance are still intact. “I’ve also met people who rob; people that who are born into it and it’s impossible for them to leave that circle. I’ve seen both sides. When one thinks about, the question of “what do you do” comes to mind”, he declares, leaving us with a positive message of hope and perseverance: “Bad things happen to all of us and the only thing left to do is to get up, keep having goals, and doing more things.”

On our behalf, we can only wish Saile the quickest possible recuperation and express our sincere admiration for such a positive and authentic attitude. DO NOT forget to read the entire interview with all the details on the Sprayplanet.com blog. 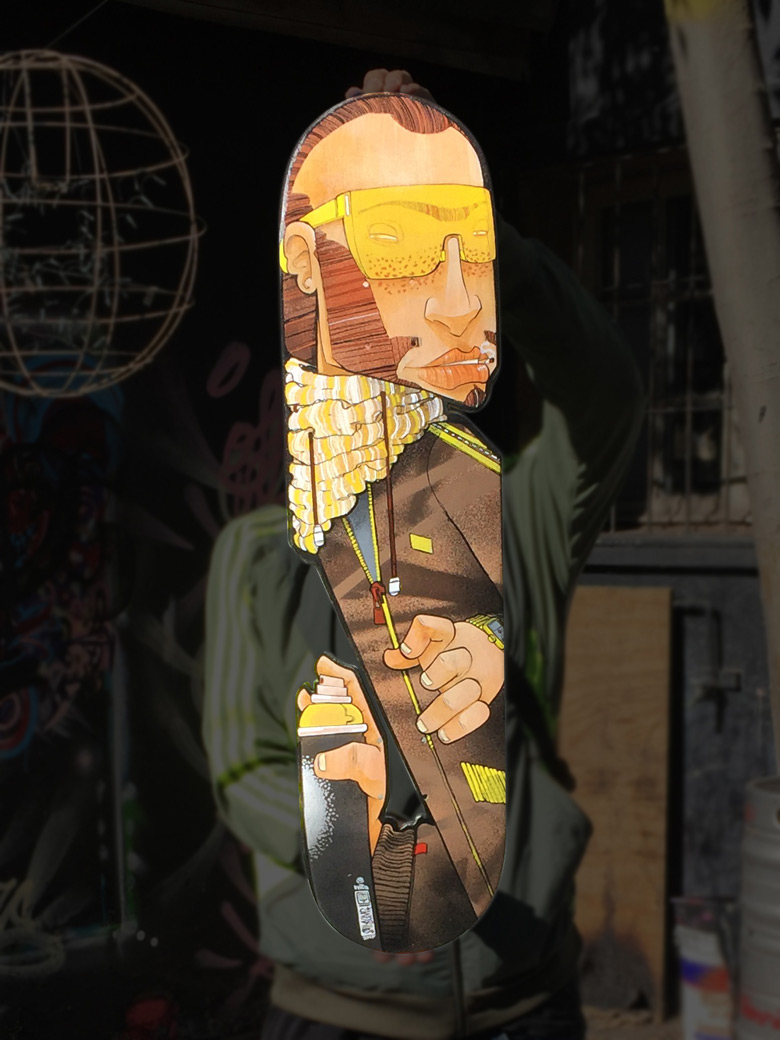 THE MTN VIRTUAL RESIDENCY VIDEO: A MONTH WITH MOTOMICHI NAKAMURA AND NICOLÁS ROMERO EVER