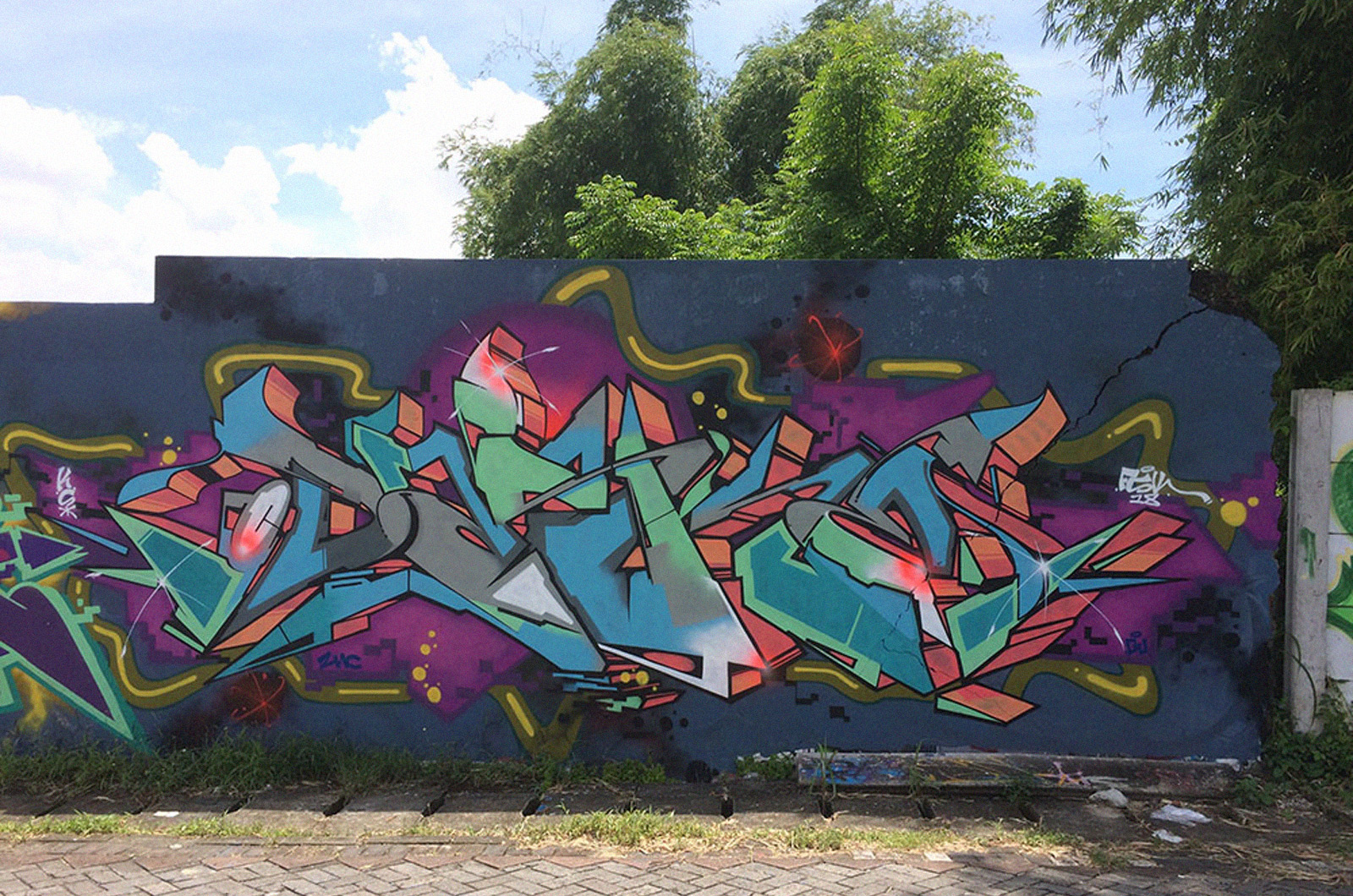 Another example of the high level of  wildstyle graffiti in Southeast Asia is Daske. He is from Surabaya, Indonesia, and he owns an Instagram account with a big legion of followers. Maybe it’s because of this reason and for his representative nature of Indonesian graffiti, SprayDaily have set their sights on him as the guest of his classic Hello My Name Is.

He started painting graffiti in 2004, his style is influenced by the European graffiti and the NY traditional style (as TATS, MSK …) Desk works on a sharp and aggressive letters with loads of contrasts of colors. A radical aesthetic that responds to the strong competition between the active writers in the city of Surabaya. It is precisely this characteristic that explains the quick evolution of the graffiti in this area of ​​Indonesia.

If you want to read the full interview, click on this link. For the moment, we synthesize a selection of images.

“The next generation of graffiti writers in surabaya too good i think, because there are any little problem can made they still rocking it“ 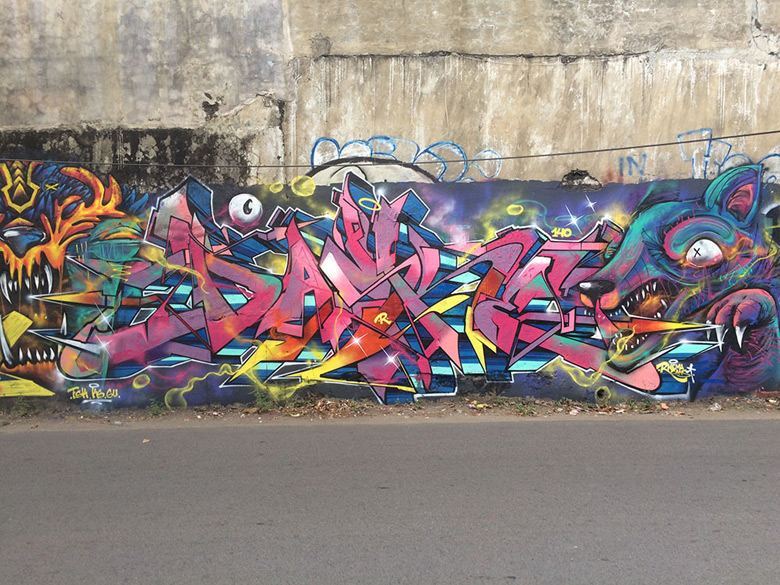 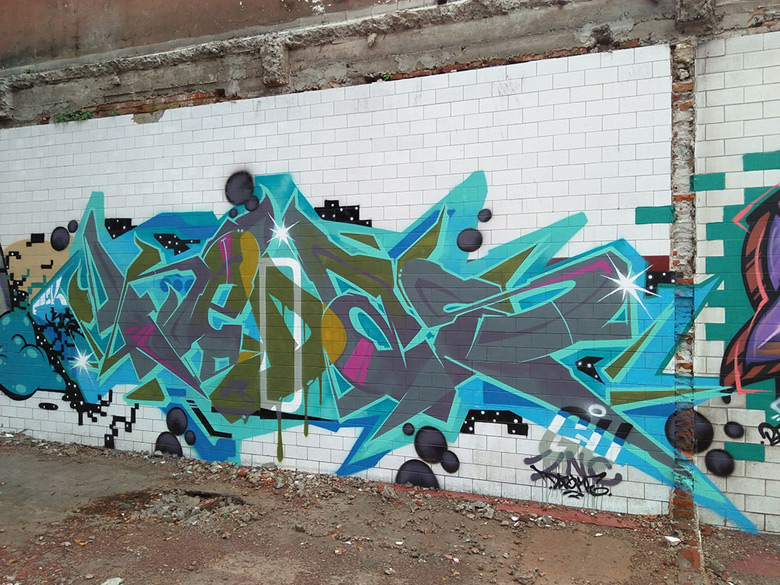 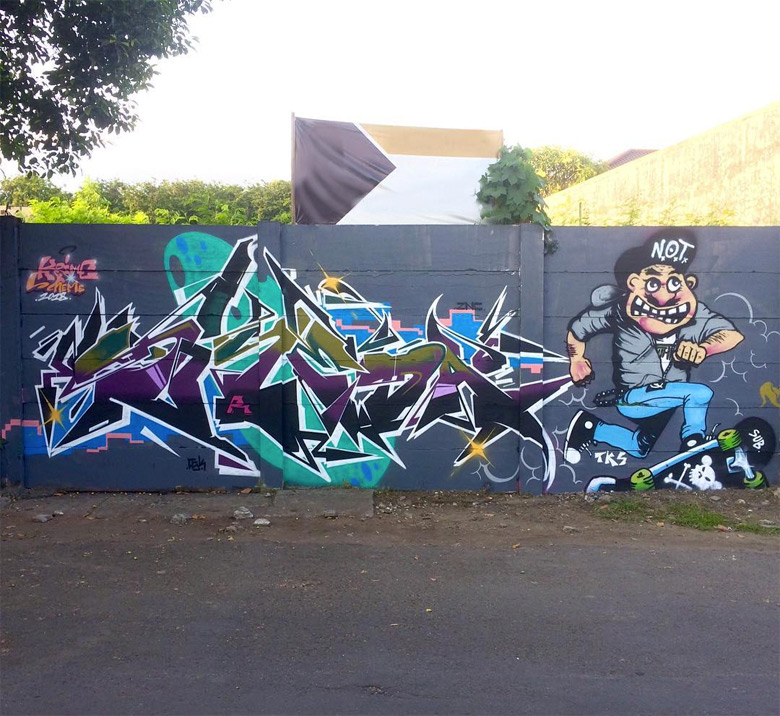