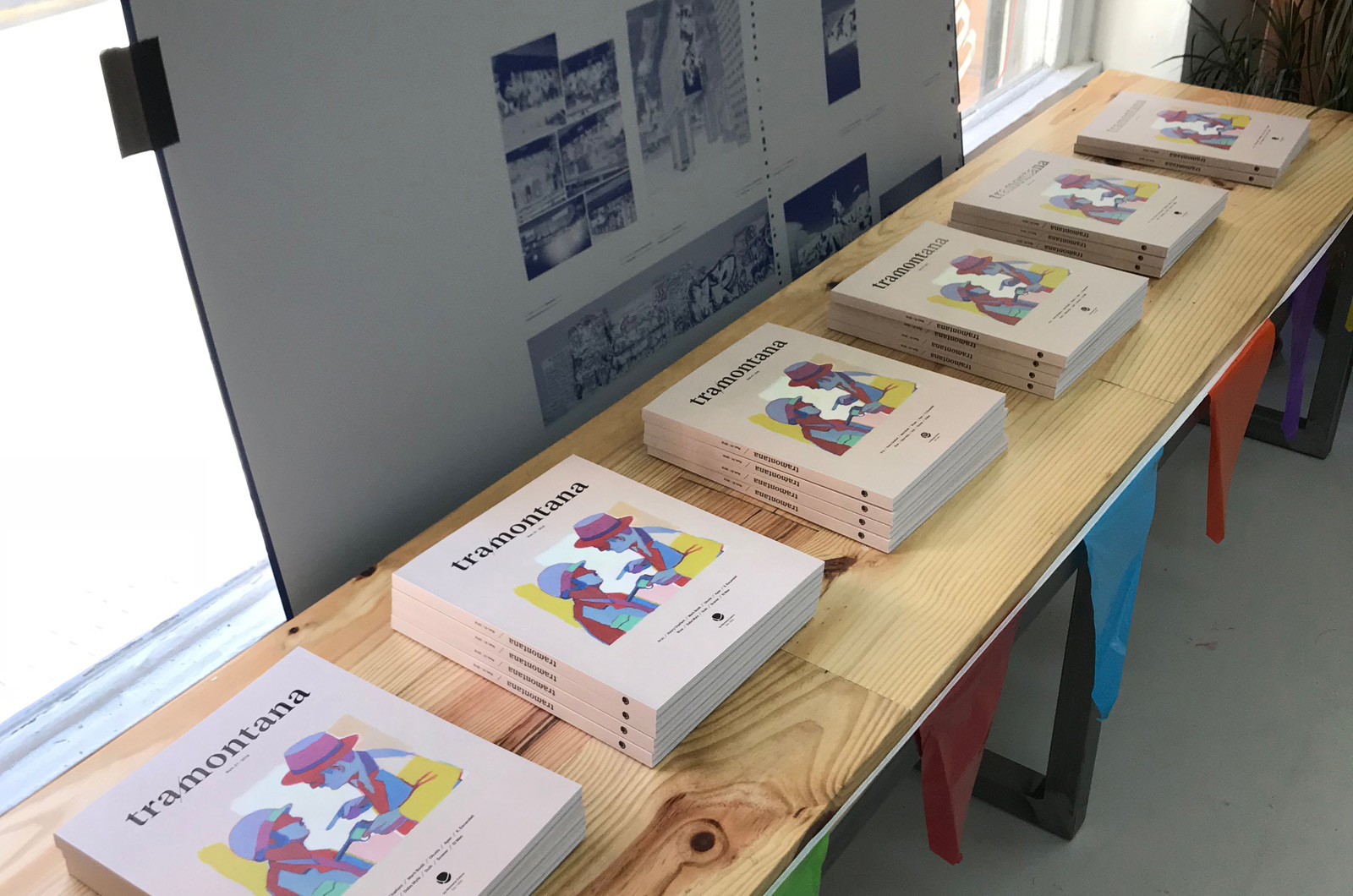 The enthusiasm surrounding the Tramontana project is contagious and the people over at Drips have proven that. In the pursuit to get a little deeper into some issues related to the Montana Colors magazine, they published an article with the editor in chief of this free publication. 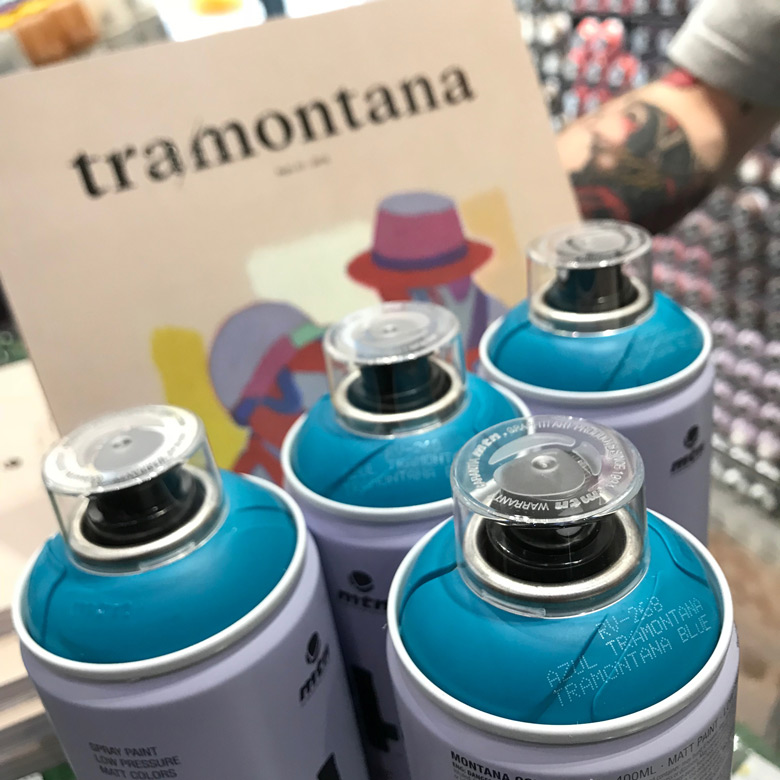 164 pages and a tasty lineup of international participating artists – Aryz, Henry Chalfant, Okuda, Aper, Mark Bodé, Brus, Dabs & Myla just to name a few. It’s definitely a beautiful collectors’ book that touches upon all of graffiti’s facets. Tramontana is an original project by Montana Colors that has just seen the light of day. On the cover you won’t find a price tag and it’s for a good reason: it is free.

The official presentation party took place at the Montana Gallery Barcelona. It was the perfect opportunity to have a drink there and to get to know Antonio García Mora, the one in charge of this MTN project.

-How was Tramontana born?

Since day one when I started working at Montana Colors 9 years ago, Jordi mentioned that he wanted to release a publication and given my prior experience as co-editor of Serie B Magazine (that I worked on from 1999 to 2009 and featured national and international “new underground – pop culture”) that I would be the right person for the job. Since then this “MTN train” hasn’t stopped and it’s had us all busy with tons of projects. It wasn’t until now that we found the right moment and I personally, could dedicate the necessary time and care that was needed. Jordi, being a man of genius told me, “Tramontana” (as a name) and, “we’re going to do it, take all the time you need.” With his vote of confidence, my enthusiasm to return to the publishing world and above all and the dream to be able to materialize a project like this, Tramontana saw the light of day just two weeks ago with its first issue full of emotion and hard work.

“My intention was for them to discover themselves in front of the reader and for them to show us their work and to reveal their more hidden, unknown, personal and human side.“

-Was it hard to manage content with so many contributors?

Although in the beginning my idea was to structure the content differently, I ended up finding a common theme that gave me the opportunity to ask a series of questions to key people on the international scene: memories. Whether you’re from the first generation of writers or people who have a link with this type of artistic content, or from the latest, current generation, all of them have one vital thing in common; they all have memories.
My intention was for them to discover themselves in front of the reader and for them to show us their work and to reveal their more hidden, unknown, personal and human side.
When you get down to work with coordinating a group of high caliber collaborators, you start to understand the rhythm of life they actually lead. On IG you just see the photos, but behind that they lead hectic, active lives and for that reason we are grateful to all of them for putting in the effort they did to be in this first issue.
I want to take this opportunity to mention Ángel Sanz’s excellent work. He is the other half of Tramontana and he’s the one who knew how to perfectly transmit the true spirit of this project. 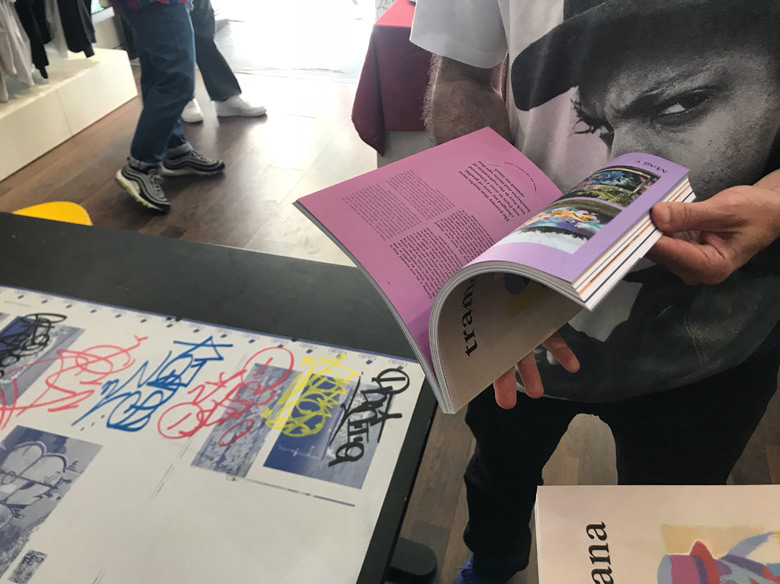 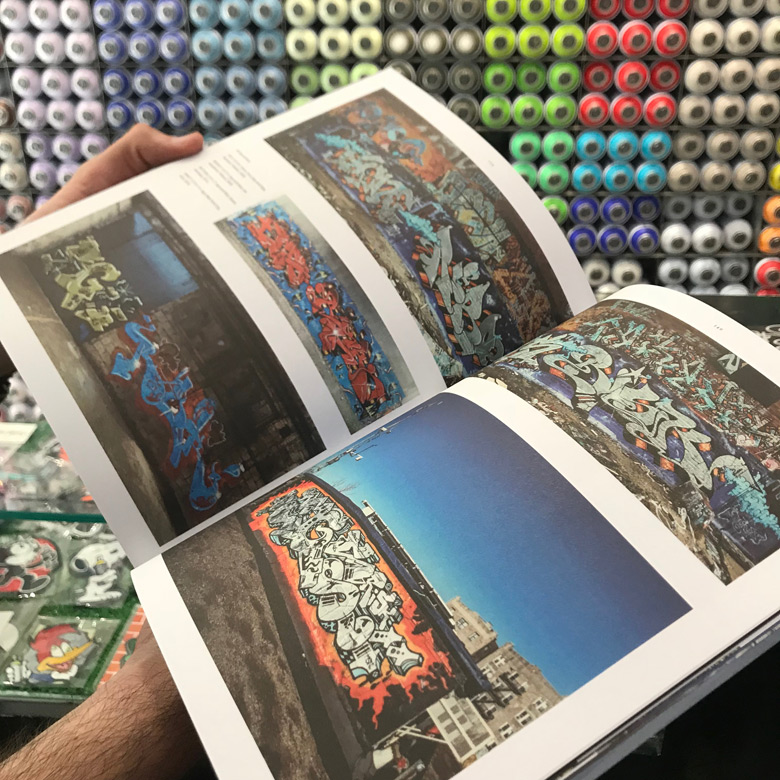 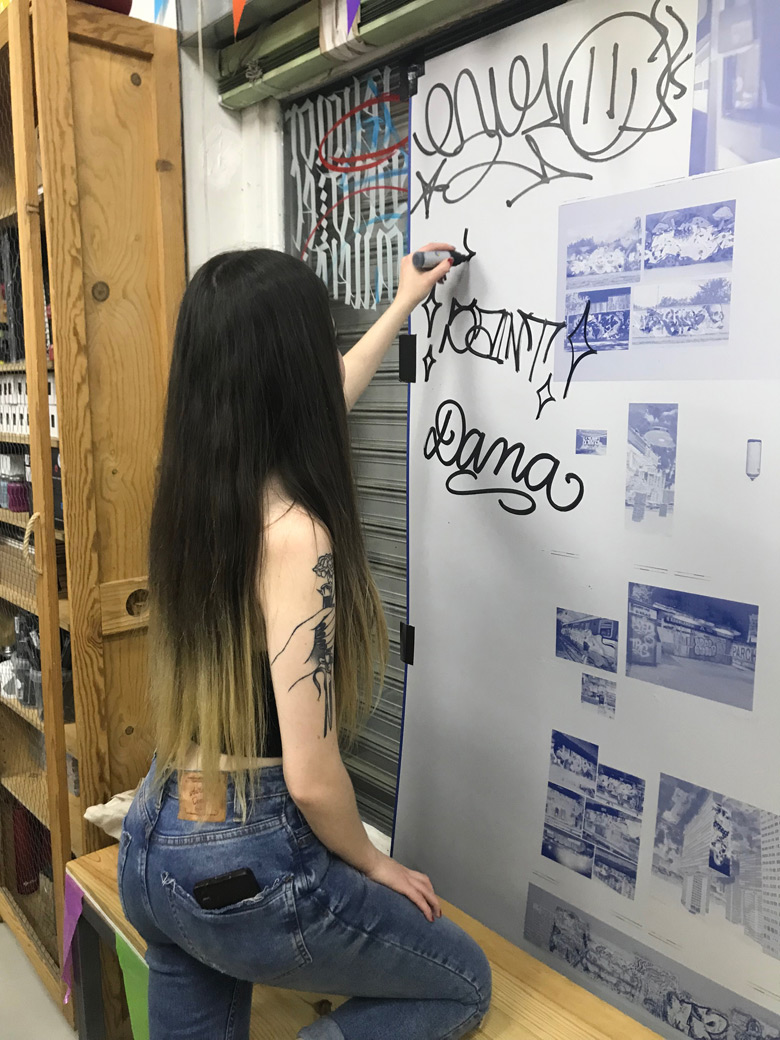 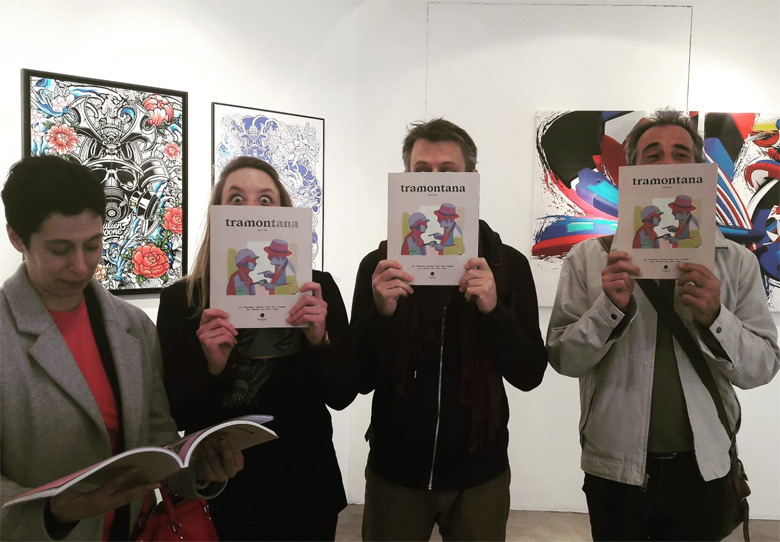 -You’ve decided to include almost all of the aspects of the scene, the artists of course but also gallerists, photographers… Why?

One of the biggest concerns I had while deciding to take on a journalistic job was my interest in people and to be an interlocutor for the reader who made it possible for them to convey their thoughts and demonstrate their talent. I also wanted to portray scenarios and situations and salvage memories from the past to give them life in the present. I consider all of these types of statements and records to be of interest for common knowledge and to be a cultural contribution that must not be lost and deserves to be acknowledged so that future generation can have access to them. That’s how history was built. We all build history whether we’re writers, gallerists, promoters, journalists or documentalists.

-There are two very personal and moving reports about the recent loss of Tretze and Scaner. Can you tell us more?

Saving a spot in Tramontana dedicated to people as endearing and great as artists like Tretze and Scaner was inevitable. We’ve shared many moments and projects with them and they injected us with their positivity and values as human beings. Kay’s involvement in the Alex Scan article managed to gather together Scan’s closest group of friends and revealed their feelings – Aryz communicating through painting and granting us the gift of that portrait of Guillem Tretze, or that moment, that glimpse captured through the lens of Brazo de Hierro – and what can you say about EGS’ story about his last weekend together with Risk: his companion for adventures and a writer who lived for graffiti. Words fall short when describing the emotions that arise with this type of content. There’s so many other exceptional people that are no longer with us on earth but remain in our memory.

“Now, one year away from its 25th anniversary, Montana Colors is an entity that has a sense of responsibility with and for the graffiti scene and audience.“

-100% Free and, except very few limited edition images, no commercials. It’s almost like a free book, a gift. Why did MTN decided to release it for free when many others would have just put an hardcover and a price tag on it?

That was the condition. Maximum diffusion and priority on the content without losing that “Tramontana breeze”. We tried to represent the scene without having to include an invasive brand presence which is one of the values upon which Montana Colors was built that has made it one of a kind in its sector and in the business world in general.
Now, one year away from its 25th anniversary, Montana Colors is an entity that has a sense of responsibility with and for the graffiti scene and audience.
It’s just as you said, a gift… 15K gifts that we’re thrilled to send to 5 continents and that we hope to be able to do again for many more years to come! 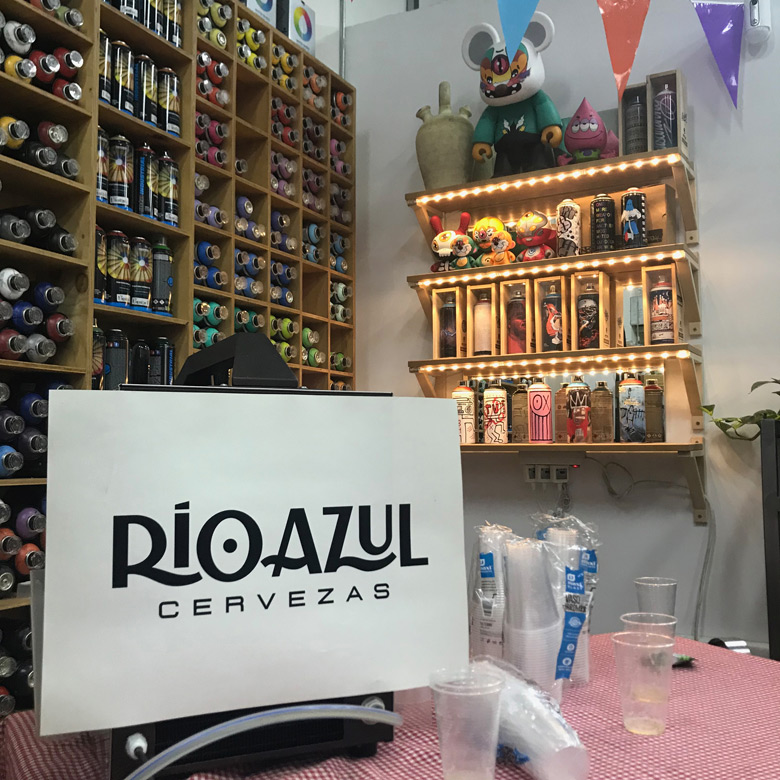 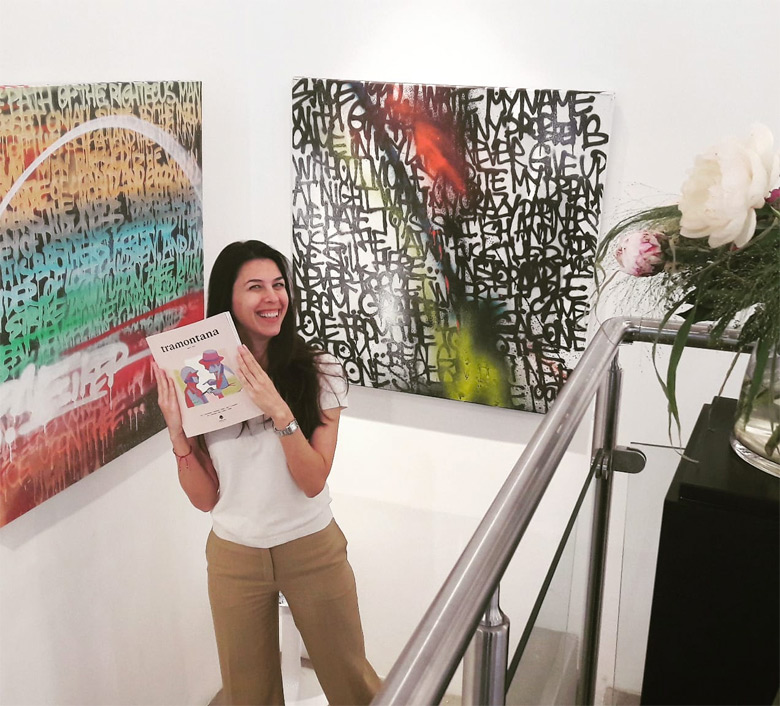 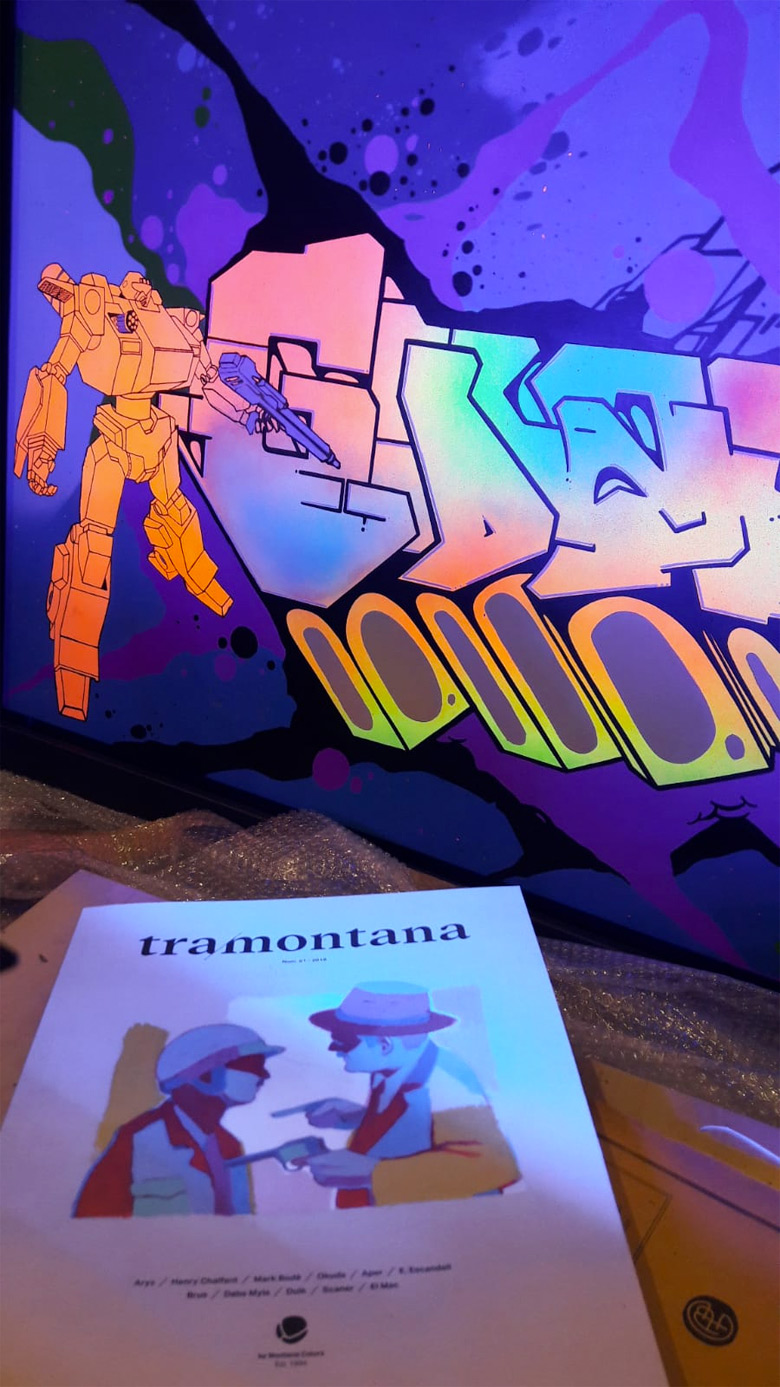 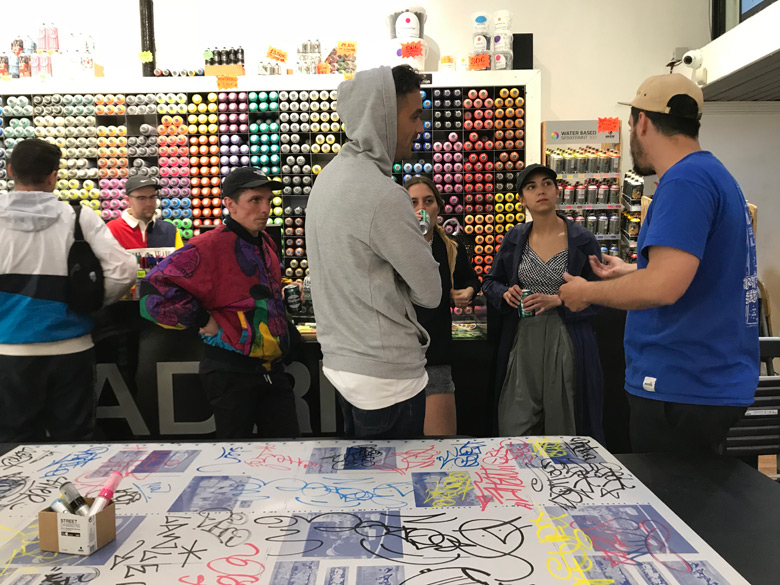 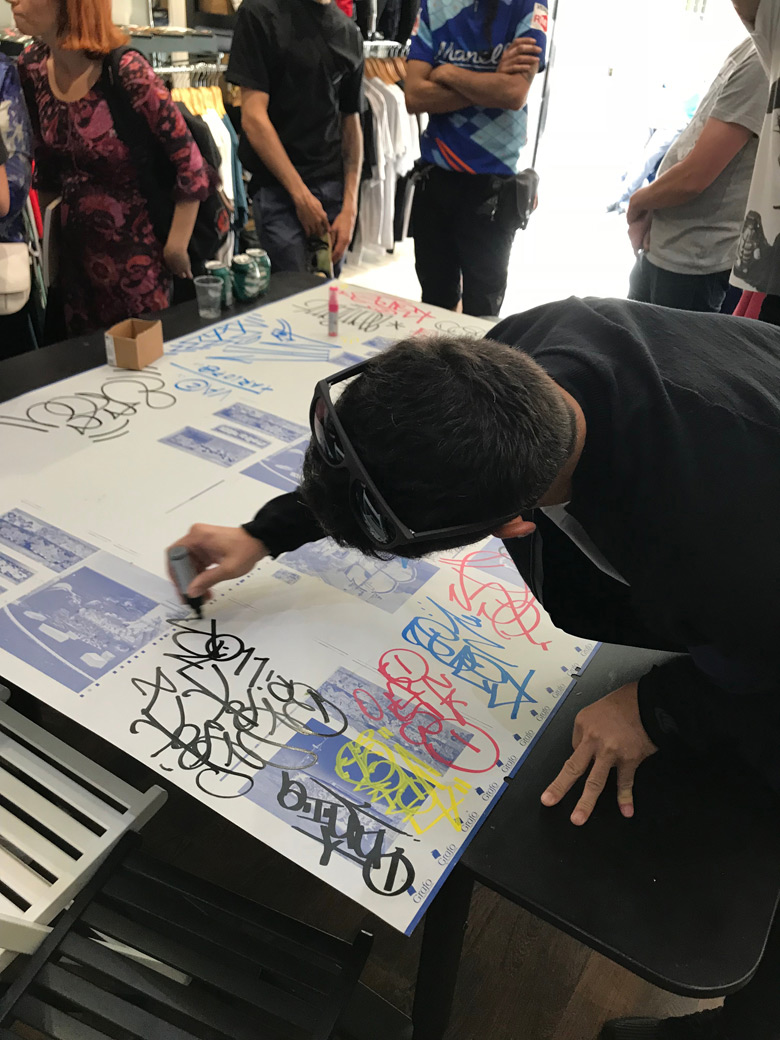 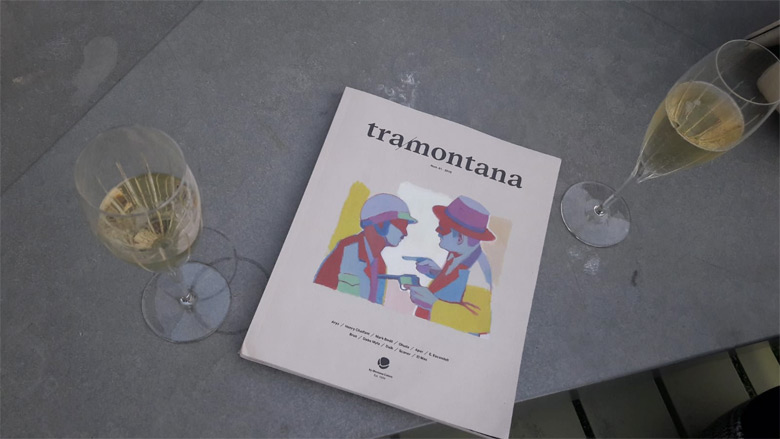