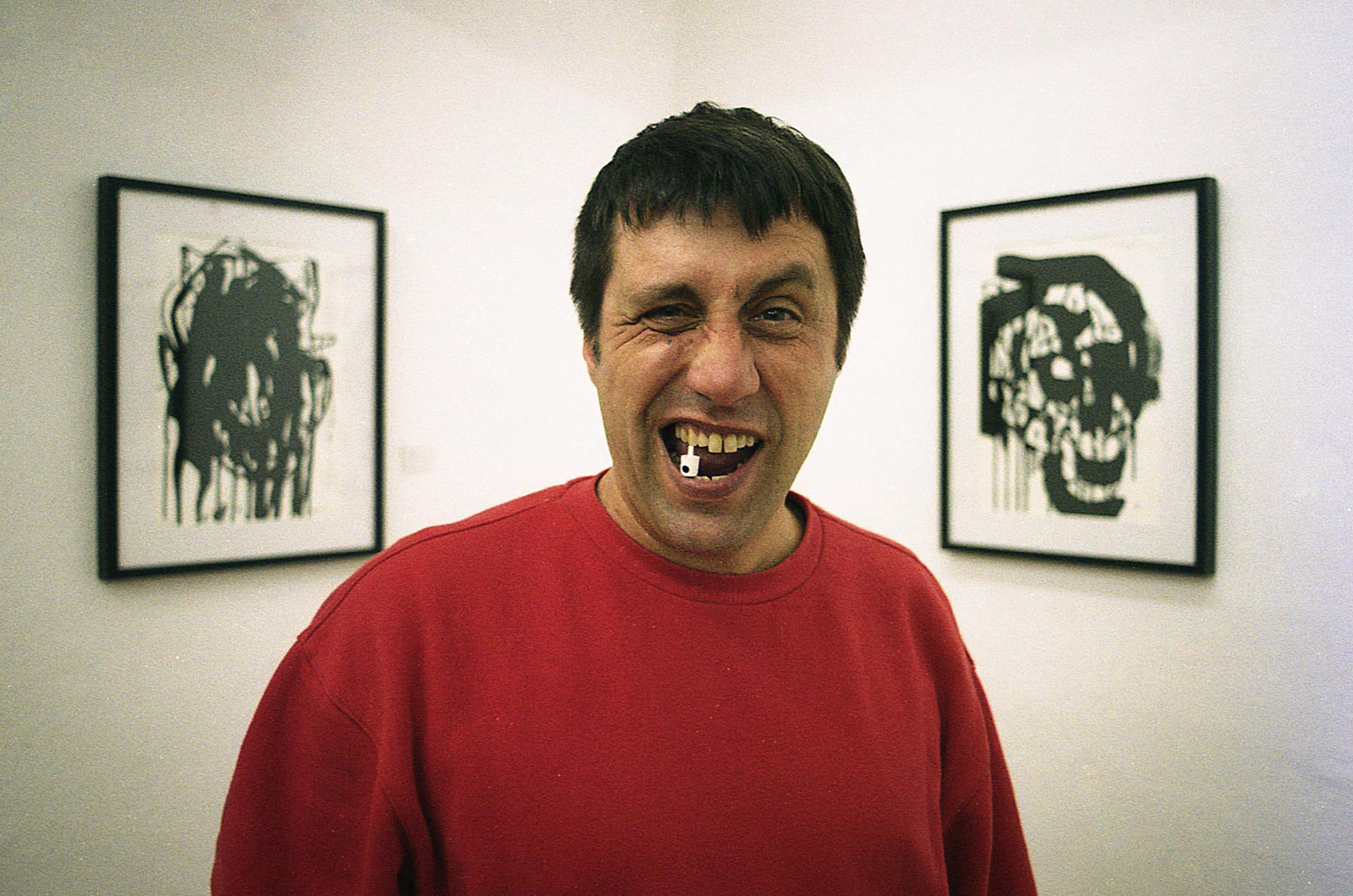 Línea6 has brought the artist German Bel, “Fasim” from Barcelona to their expo space where he has presented his latest artistic adventure in the “Backstore” of Mallorca’s most known graffiti shop. Fasim presents a new episode on his journey of artistery which has taken a stop at focusing at portraits. With a technique where spontaneity and drips plays a big role, Fasim shows proof of an aesthetic of a dirtier kind to evoke  his times as a writer doing tags at the same time as he projects his more instinctive and unconcious character.

“The paintings are made with a homemade contraption which lets the liquid paint flow like if it was oil on a salad. It is designed to make it drip as much as possible, and the idea is to play and experiment with the drippings. The technique is very fast and does not leave any room for failure and retouching. I tend to paint about ten pieces or more each day, then make a selection of the ones with the best results. All of them does not work for me, and some gets thrown away. But just a few. This is the price I pay for obtaining the good ones.”

With this interesting and new technique the artist takes on a new form of portrait making. It is a metaphorical element, experiential and historic, both for being a answer to the unconcious memories of Fasim and for its important angle with the history of art. And also the presence of masks which has been part of most cultures and artistic times as a mysterious ingredient for the human essence, here made by German Bel, dedicated to investigate through his expressive drips and scrawls. 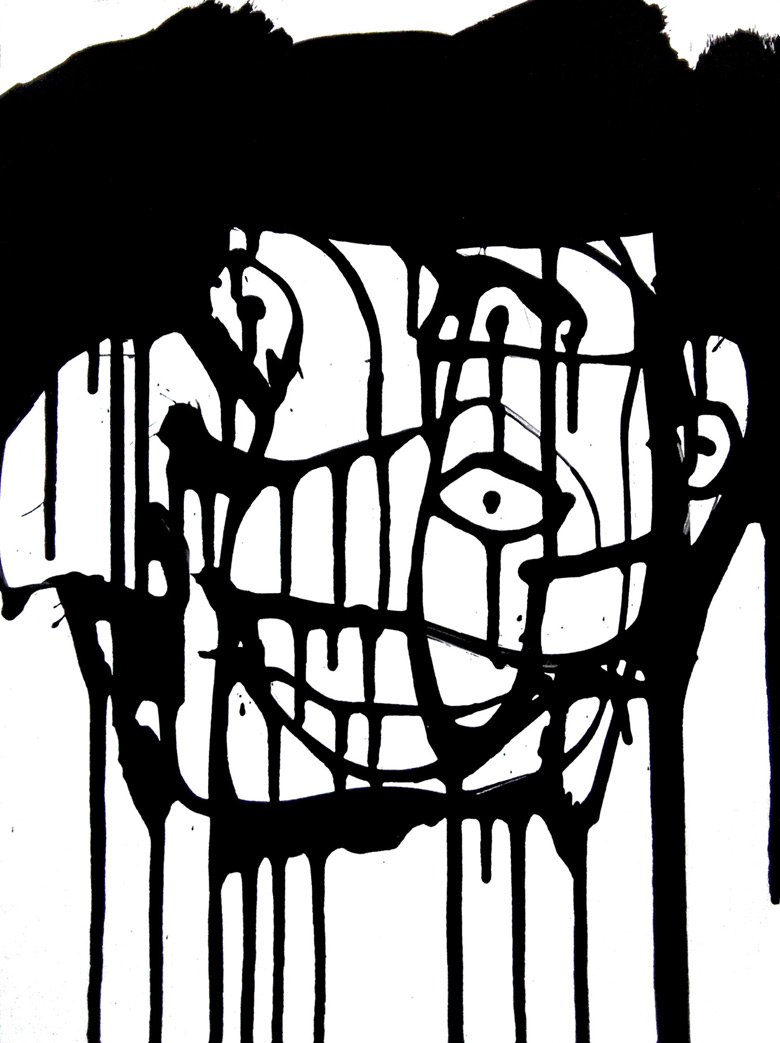 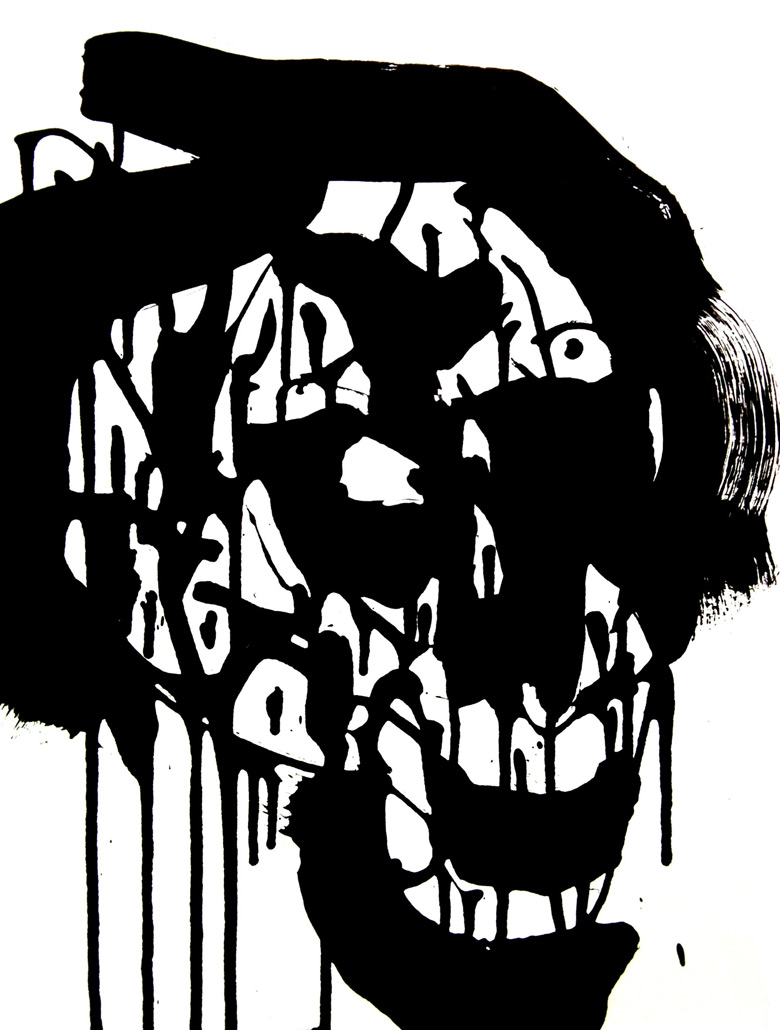 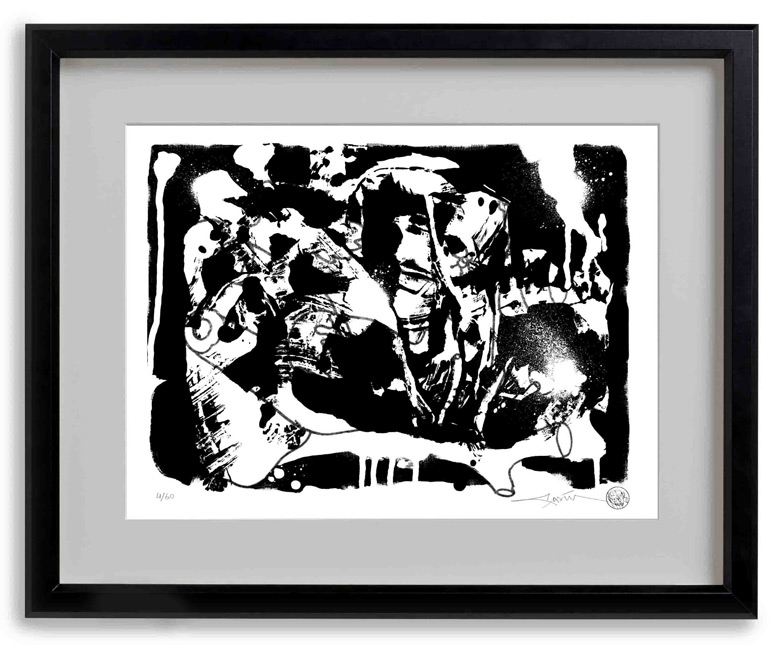 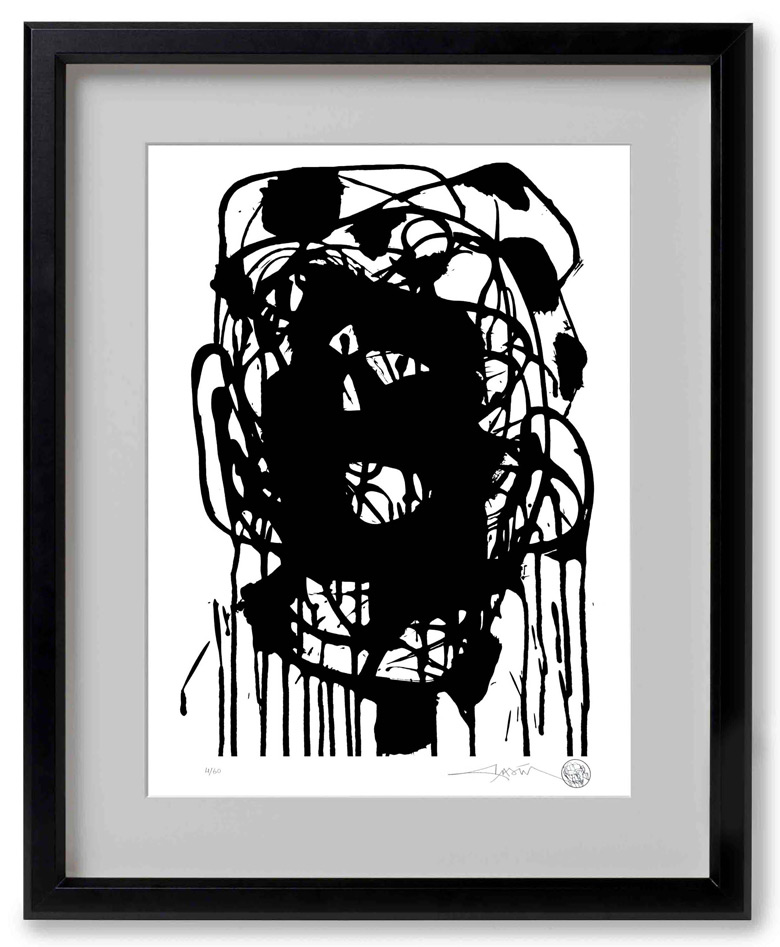 Jessica Balota has taken on the task to analyze the new universe we are invited into by Fasim in ”Down by Law”. Translations by Sandra Storm and Darío Giménez.

Down by law – a fascinating satire

Dripping as a pictorial technique represents corrupt politicians in the series Down by Law, “it becomes self-sufficient and disrupts the classical regime of the sign”. Between physical laws and legislative laws, the Down by Law series expresses the organisation of the world with its creative processes based on the universal laws of gravitation and the legal laws organising life in the polis. Fasim’s painting synthesises the essential elements of life that run through the city. A city he explores as a living place where the performance of writing comes to depict life in the city, on his skin and nourishing his more traditional workshop practice.

Dripping is part of the artistic vocabulary: present as tears (Pieter Von Mol, Deposition, around 1635), as blood (Fra Angelico, Saint Dominic with Christ on the cross, around 1941), as water (Lucas von Valckenborch, Winter , circa 1595), which springs with Francis Bacon (Jet d’eau, 1979), or Jeff Wall (Milk, 1984), as paint (Roy Liechtenstein, Brushstroke, 1965); it becomes the central subject in Jackson’s work Pollock, and is opposed to brushstrokes in Cy Twombly’s Untiltted (Rose) in 2008. With the use of aerosols and markers, dripping becomes the new conquest of the painter. To paint with an aerosol requires to control the flow of paint, which Fasim has been doing since meeting Henry Chalfant in Barcelona back in 1986. Dripping is censored or exploited in the aesthetics of writing, whose spirit permeates street art.

Fasim inscribes dripping in the tradition of the Spanish painting, of which he renews the style: the cubist facets of Picasso’s portraits and Dali’s watches morph into drips in his work. He makes this pictorial term that runs through the history of painting his own to portray corrupt politicians in the series Down by Law. These figures of power recall the effusions leaking from the holy wounds of this other figure of power that is Christ (Rogier Van der Weyden, Crucifixion, around 1425-1430, Fra Angelico, Crucifixion, around 1430, Veronese, Pieta , 1581). The Spanish monarchy, its decline, Franco’s dictatorship, the Movida, the constitutional monarchy, the bi-partidism are all strong elements of history that populate the cultural space of a country, Spain,  immersed in transformation, and that link with Catholic, Royalist and Greco-Roman democratic inheritances. All these slide and pour between the gaps and the shapes of the works of Fasim, and end up overflowing them, drunk with desire for freedom.

The series Down by Law frees the discourse from academic forms and leads this dripping dialectic to expose the contained terror that lies in the corrupt politicians’ works scattered across the city he chose to paint and depict. In the dripping lies the brutality of the manifested sensation which is not yet conscious. It expresses this received sensation and tends to reveal an archaic, sensitive language. It represents movement, instability, evolution, it embodies life, and doubt; it opposes stable and rigid dogmas. The drips of the Down by Law series offer a space between the horror it conjures up and the cleansing through liquidity, as if these decadent politicians portrayed could leak and drip away to the point of disappearing from the political scene.

This pictorial satire represents the constant bombarding of politicians’ immorality in 2018 in Spain, as the Guernica can represent the bombardment ordered by the Spanish nationalists in 1937, and it invites reflection through denouncement. Art “has a prophetic awakening power that can have a profound influence” (2) . Fasim’s Down by Law series calls for change.

The solo show “Down by Law” will remain open for coming three months at the Baskstore de Línea6. Dont miss the opportunity to see this show if you are to visit this funky Island. 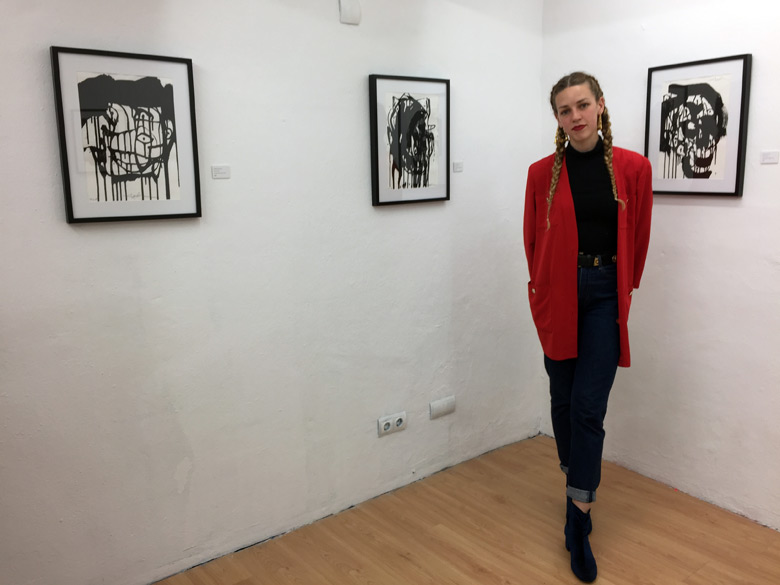 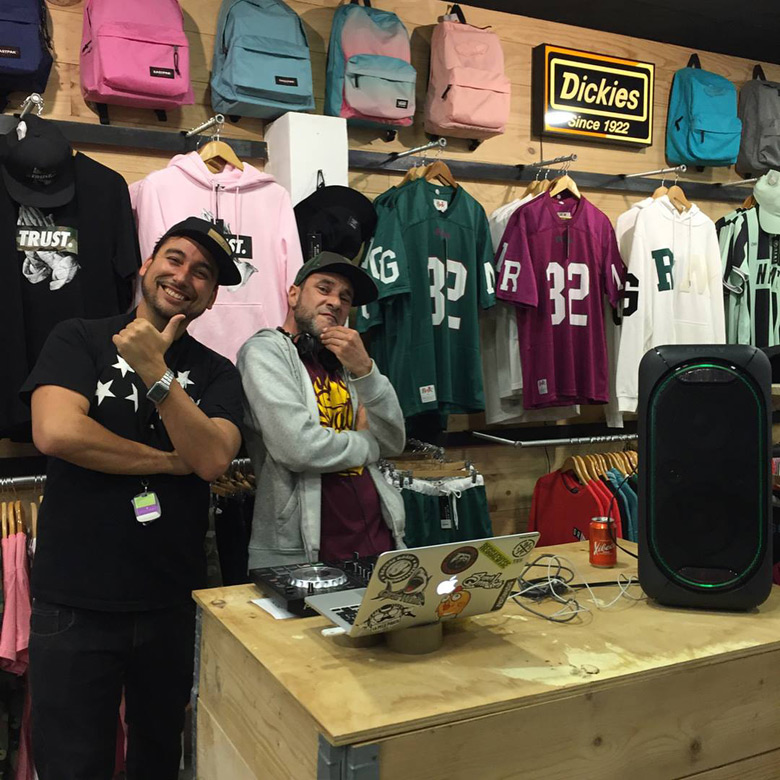 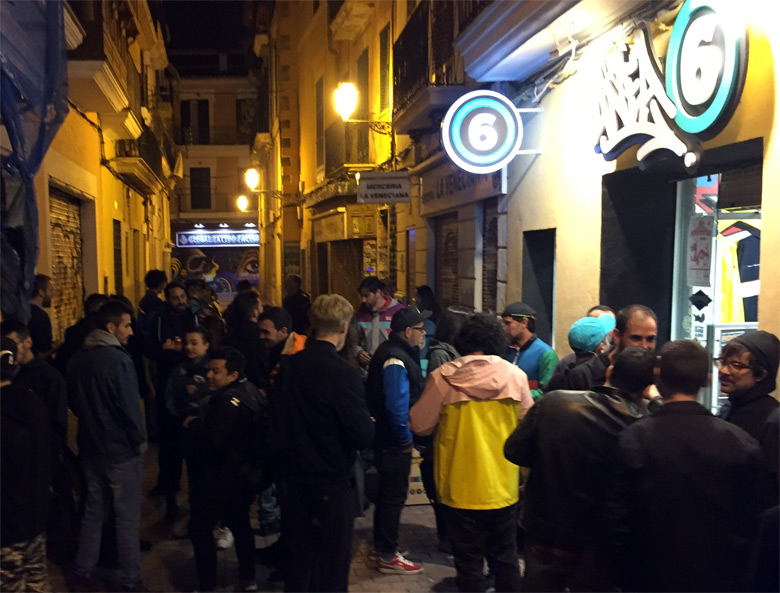 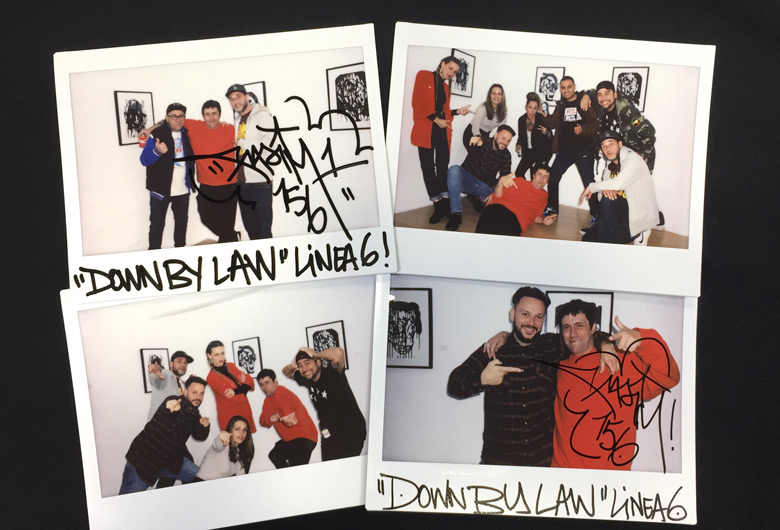