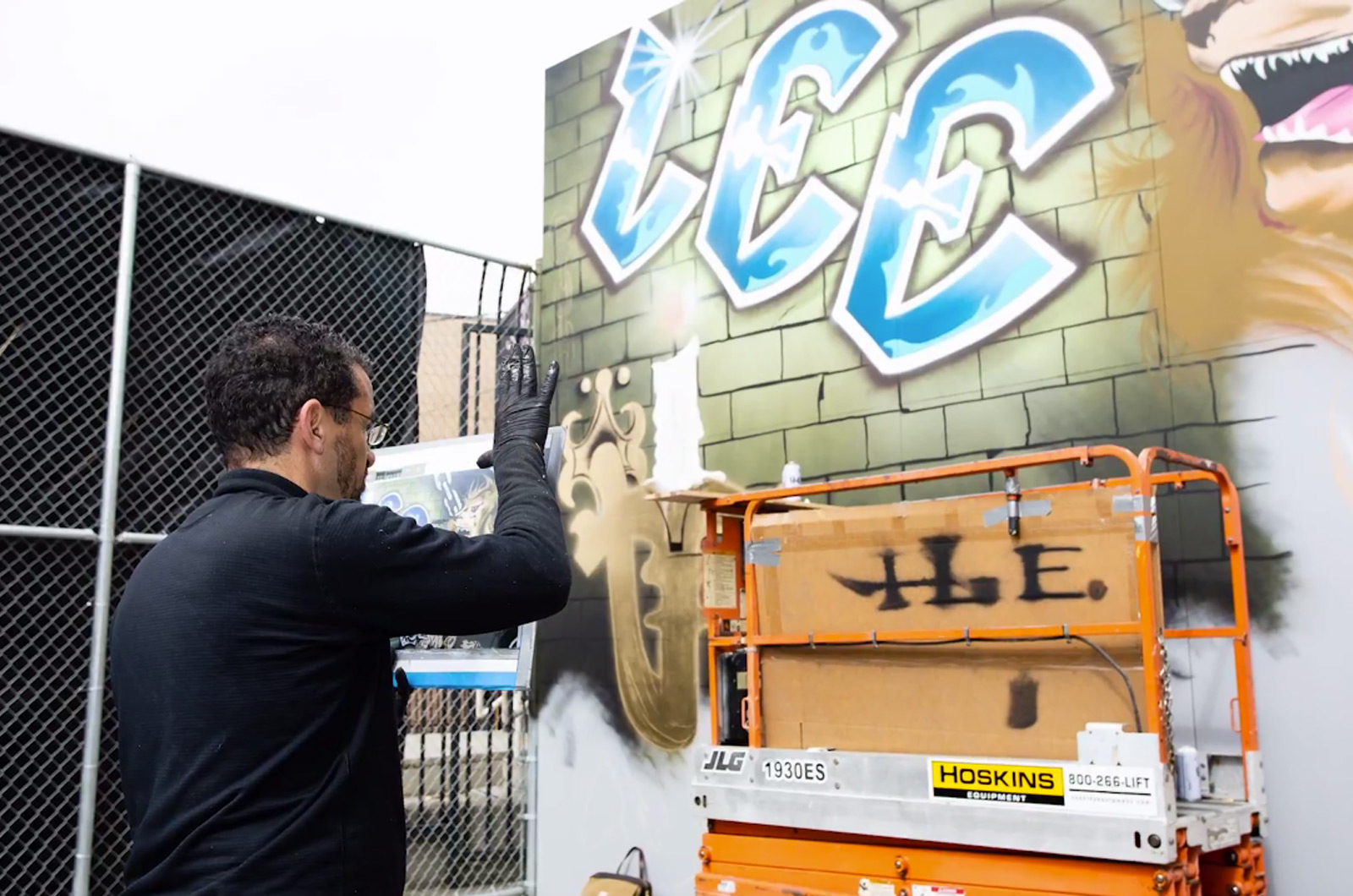 During the acclaimed exhibition, “Beyond The Streets“, which took place this spring in Los Angeles, there was plenty of time to pay tribute to old school graffiti and the pioneering style of the culture. That was to be expected, given the show’s intention to summarize 50 years of graffiti and street art. 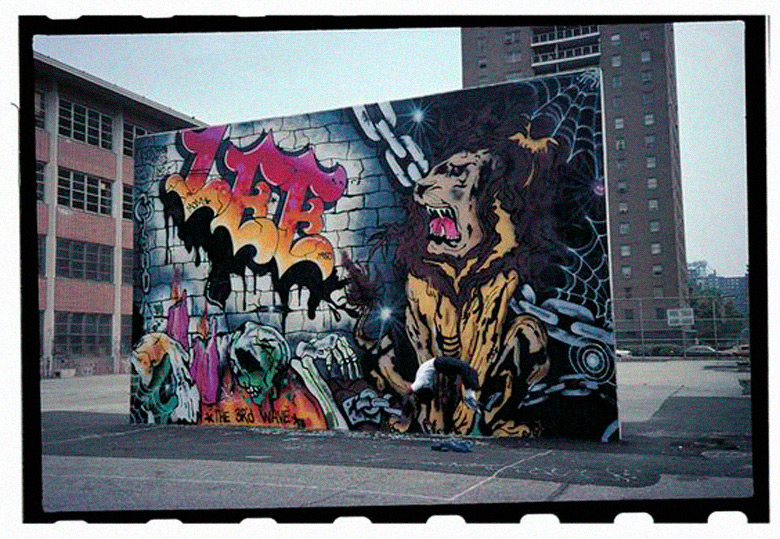 Lee Quiñones took charge of representing the most grassroots side of graffiti writing and to do so he decided to reedit one of his most renown masterpieces, outside of his illegal work on New York metros.
“The Lion’s Den” is the famous mural documented by Martha Cooper that Lee painted in the streets of Lower East Side, New York in 1980 that LEE repainted for this legendary event on the West Coast. 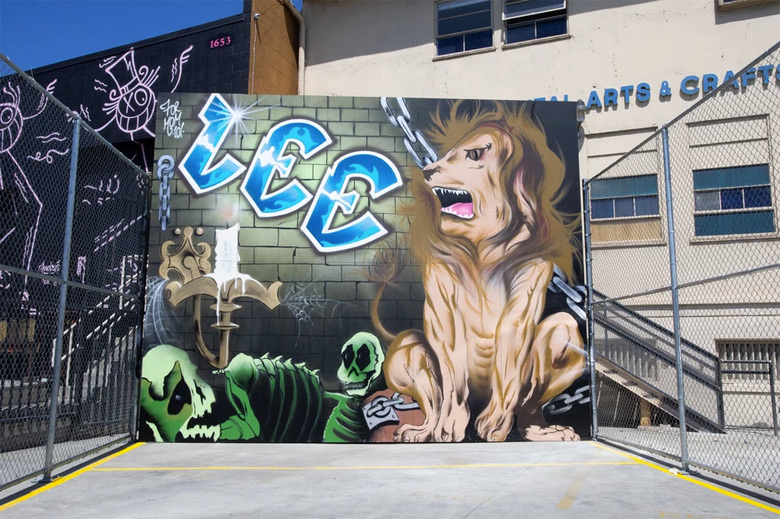 Just a few days ago, Juztapoz posted a short video that bears witness to this art happening through images and words by one of the most important names in graffiti history.