KRAM TAKES US BEHIND THE DARK SIDE OF THE MOON 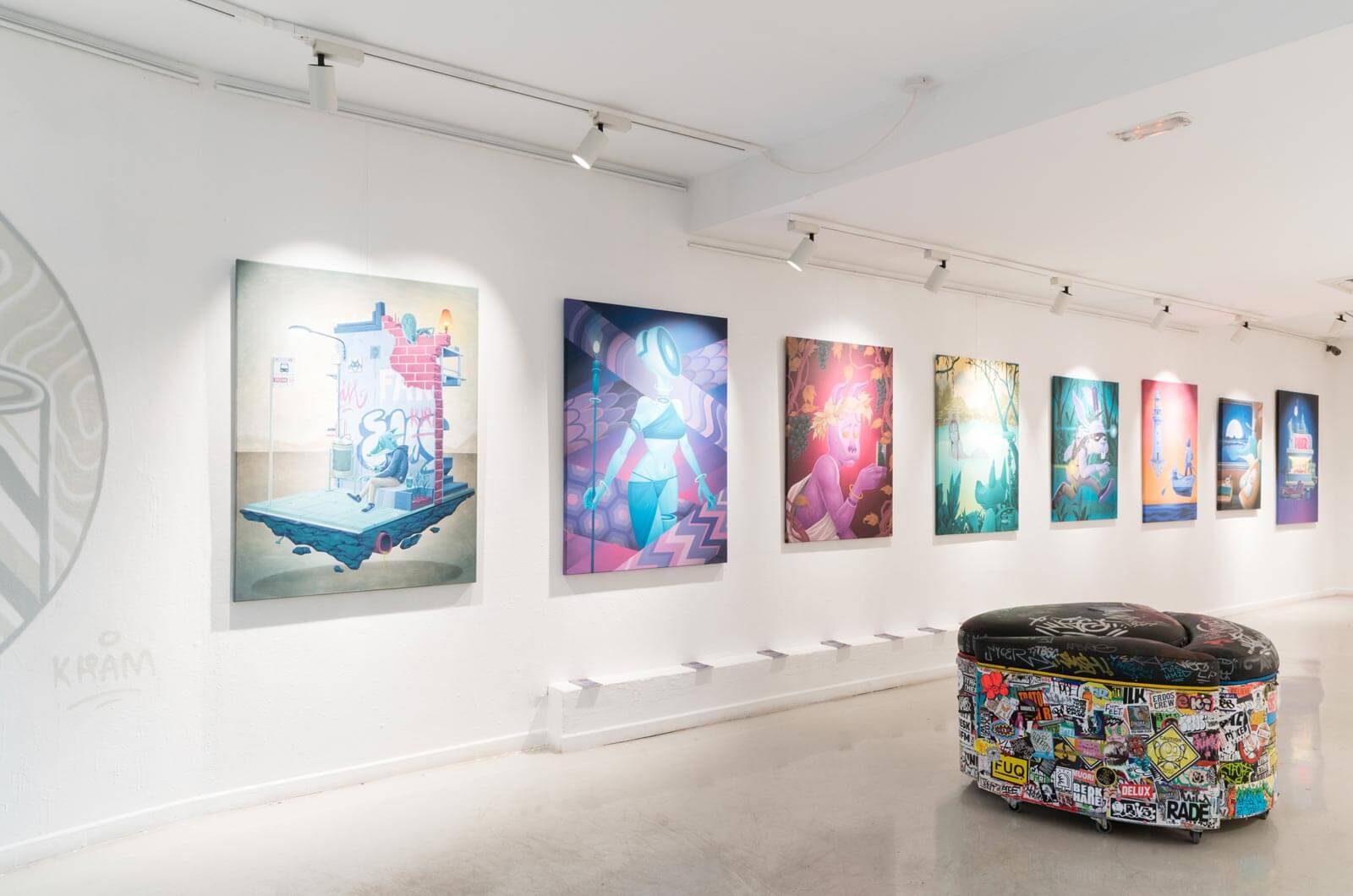 It has been a question of when Kram would fulfill the ritual of exposing at Montana Gallery Barcelona and serve us a line of complete works at the studio used by Montana Colors in the Catalan capital to project international creative talents.
Kram is also part of Barcelona’s graffiti history, but also its present scene. His name has maintained its life in the streets there in various times and through different eras, all from the creative explosion in the early 2000’s and during the times of prohibition. 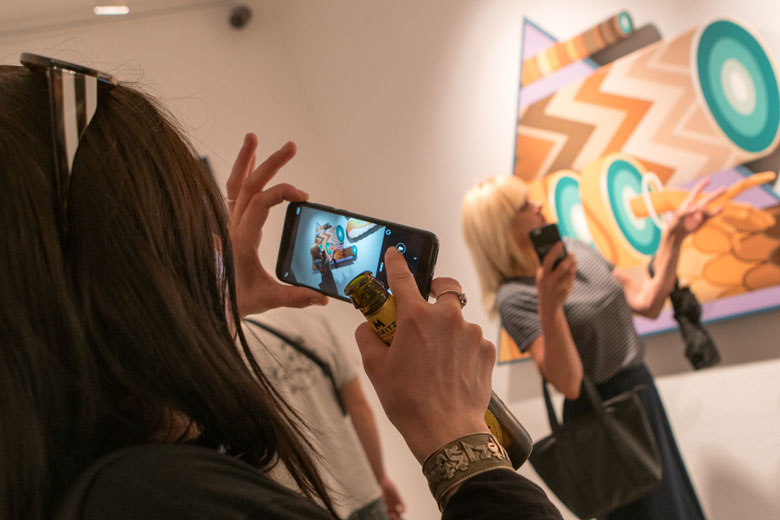 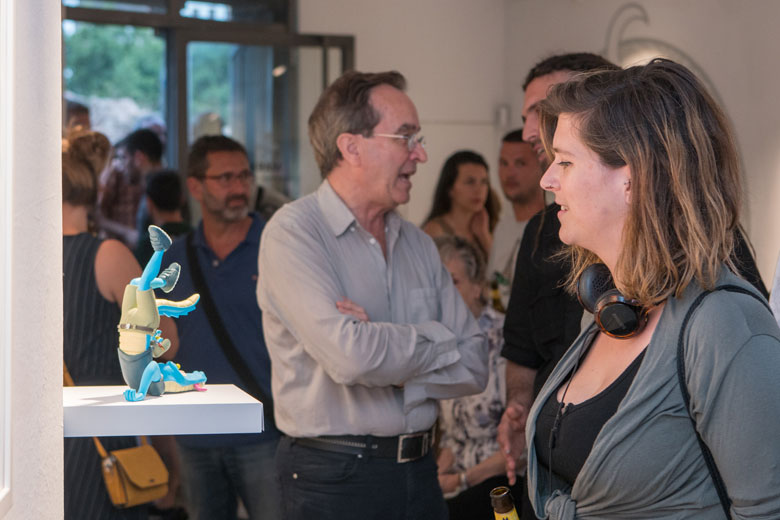 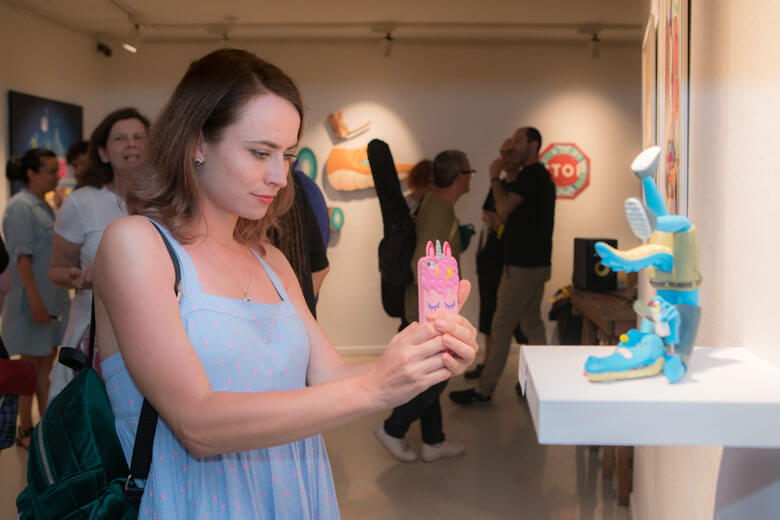 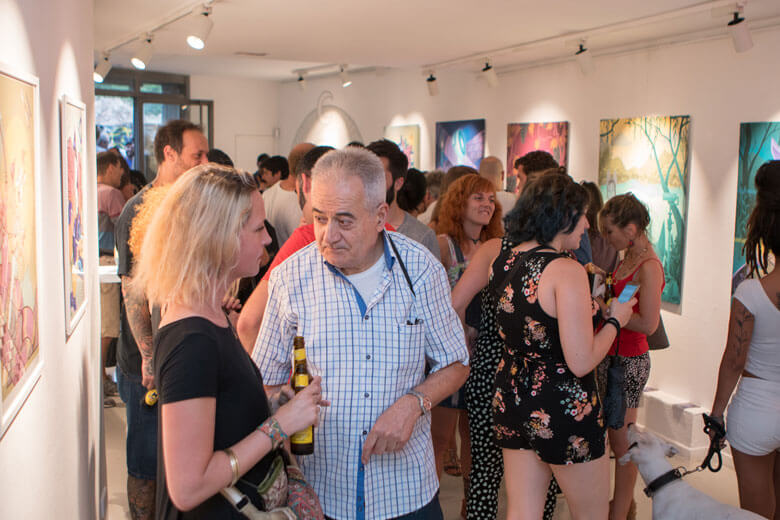 This is why the opening event has been named “In the Dark of the Moon” and converted into a ceremony of a specific generation of Barcelona graffiti together with old school names like Dios, Chan, All BTS, Skum, Nados, Hatone and Maze with other generations represented by Enric Sant, Aryz and Natalia Rak among others.
Canvases and prints divided the show into two paths in the style of Kram, his more graphic pop art style, and a style closer to comics illustrations, and on the fabrics we saw a more realist side of Kram, subtile and dreamlike and utterly captivating. In the center of expo we found a fun sculpture as the icing on the cake which seemed to present itself as the mascot of the show. Due to the constant stream of visitors it became difficult to get a intimate look at each of the pieces, which all shined on the walls thanks to his outstanding knowledge of color, and this is also the reason why we really recommend a second visit to take your time to enjoy the works in tranquility♦ 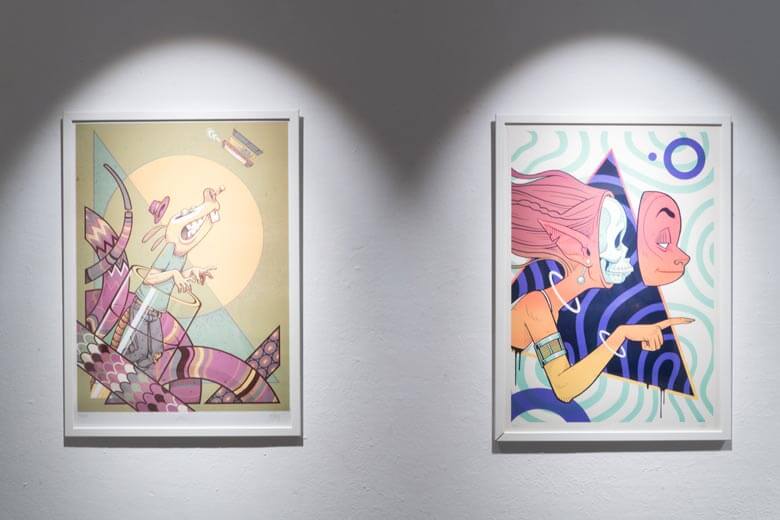 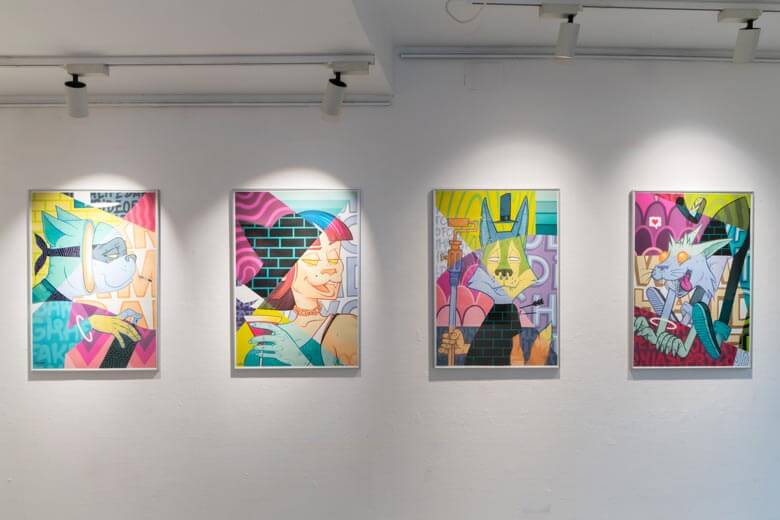 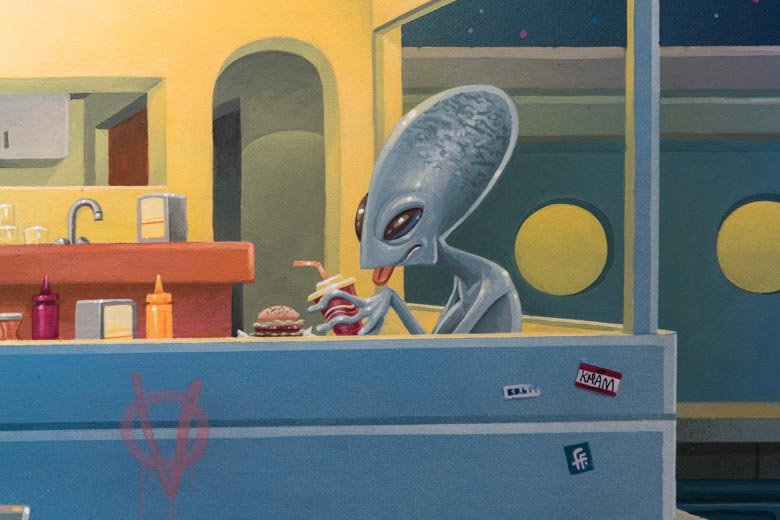 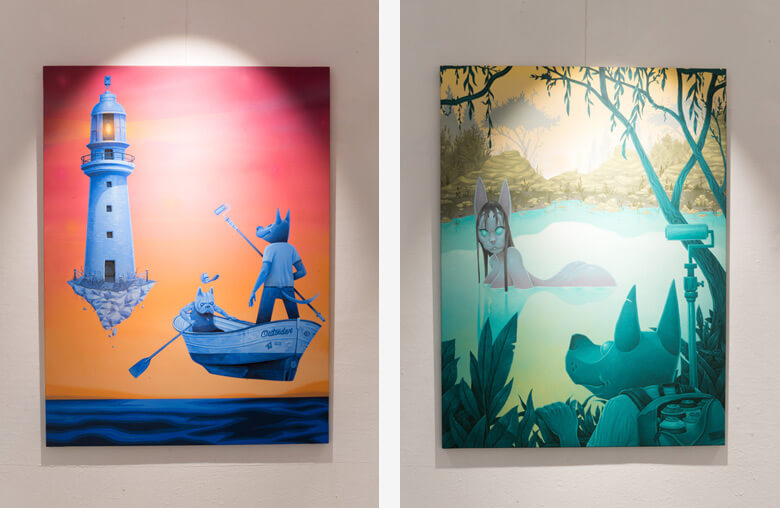 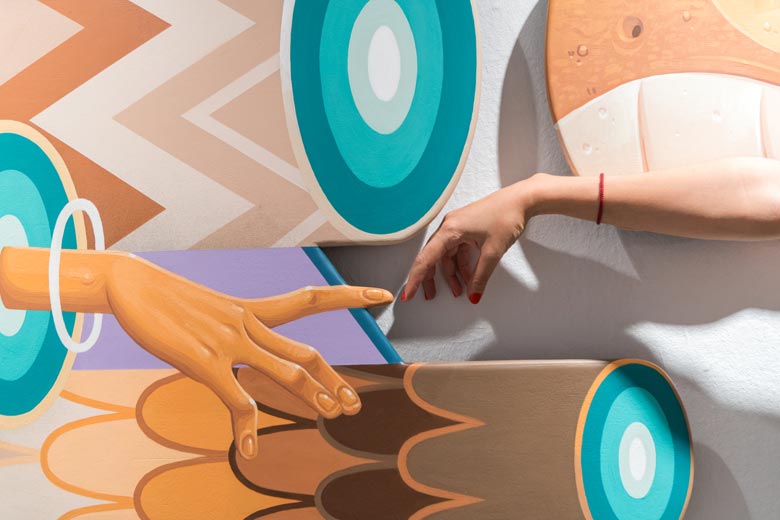 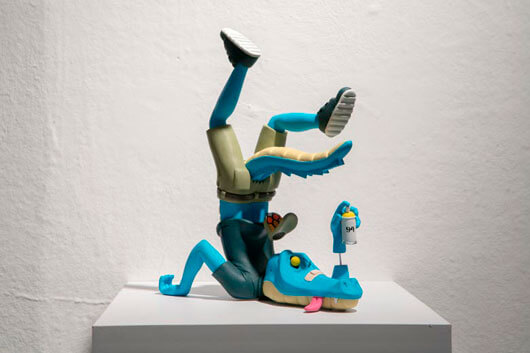 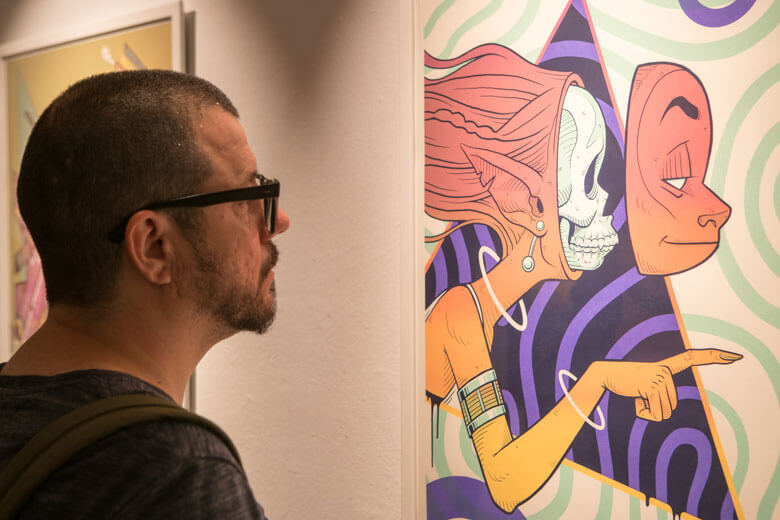 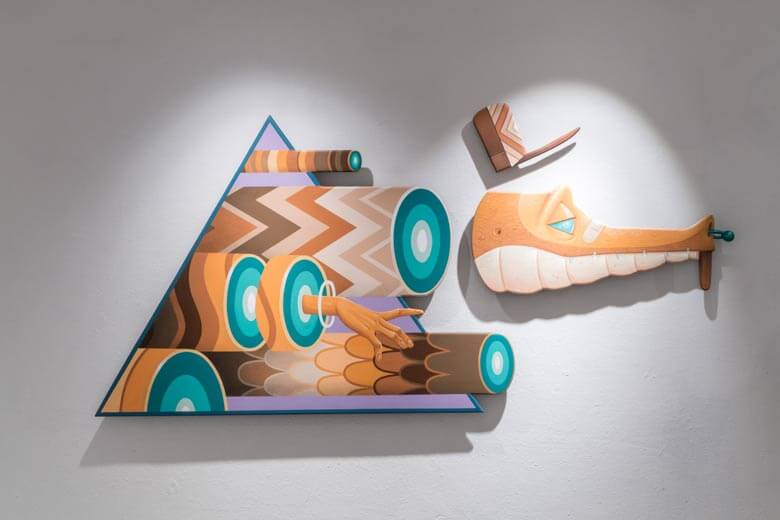 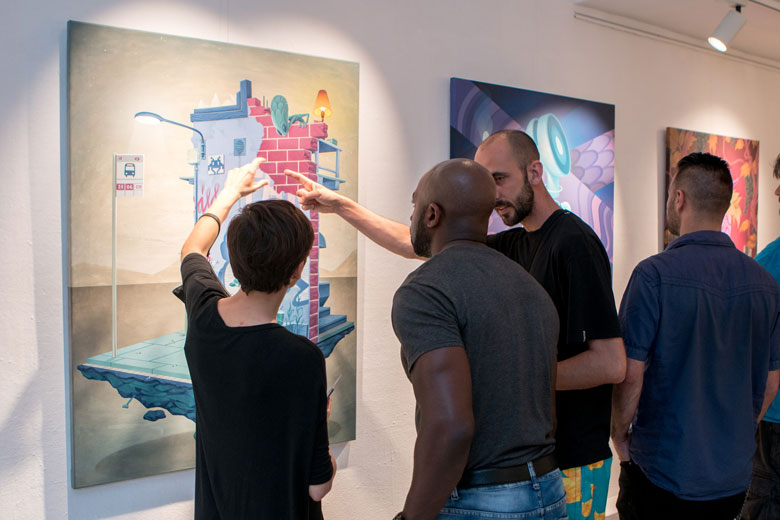 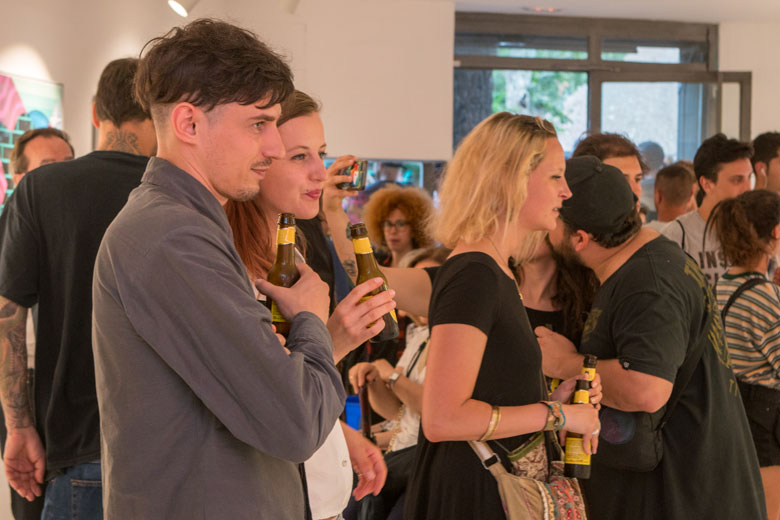 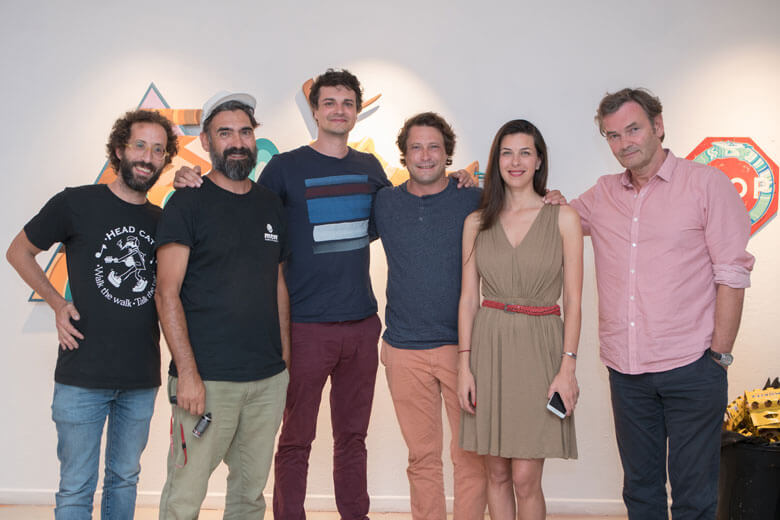 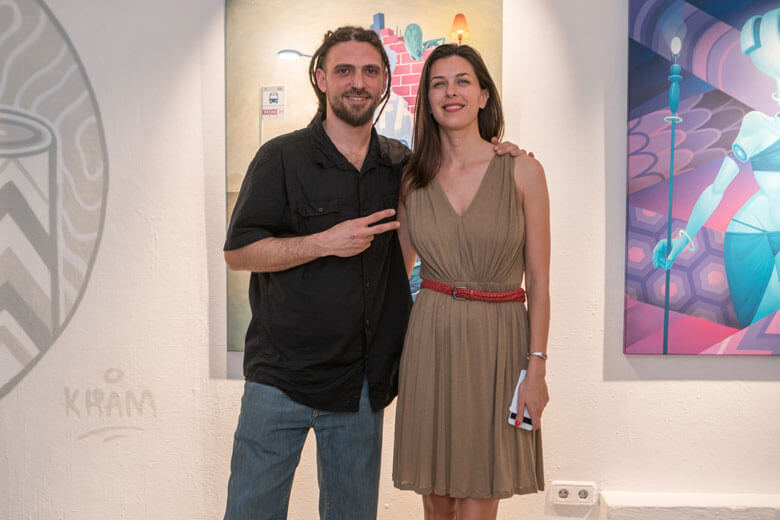