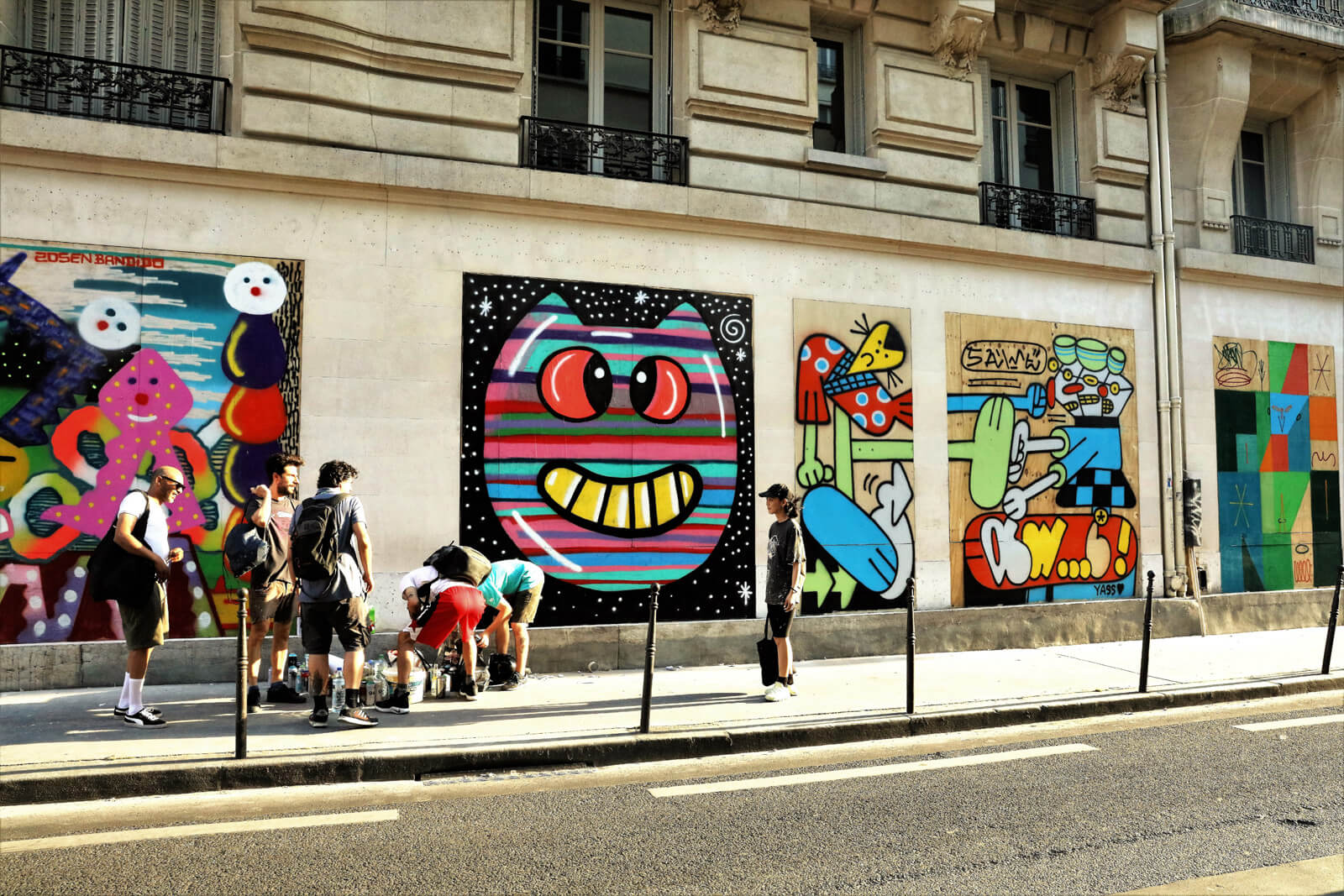 Rue Barcelona is an exhibition curated by Debens that took place at the end of June at Deux6 gallery in Paris. The exhibition sought to gather Barcelona artists from different generations with the idea of creating a stylistic portrait of street art’s evolution in the Catalan capital.
As expected, Fasim was one of the names that appeared in this selection of artists and he was kind enough to give us some insight on what happened there, accompanied by the press release written by Debens himself. 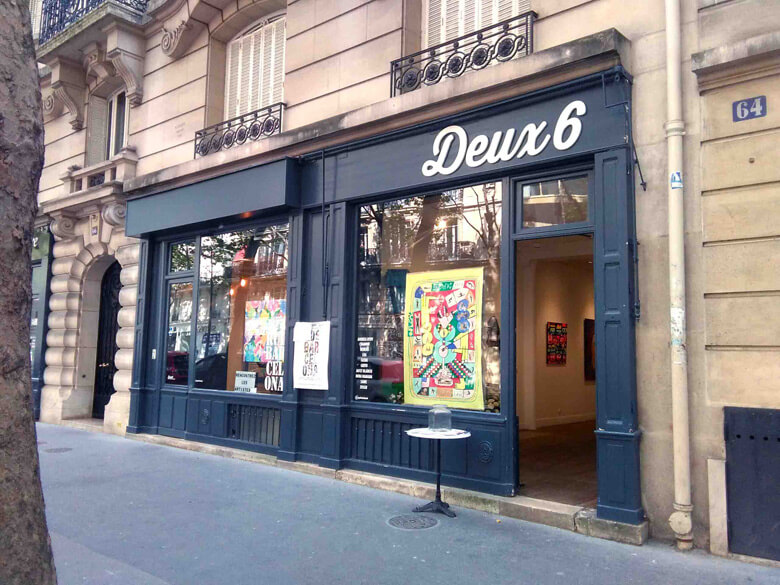 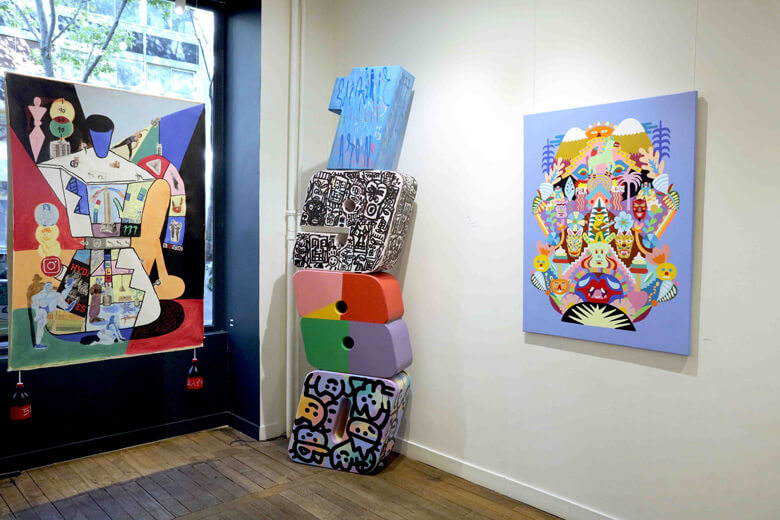 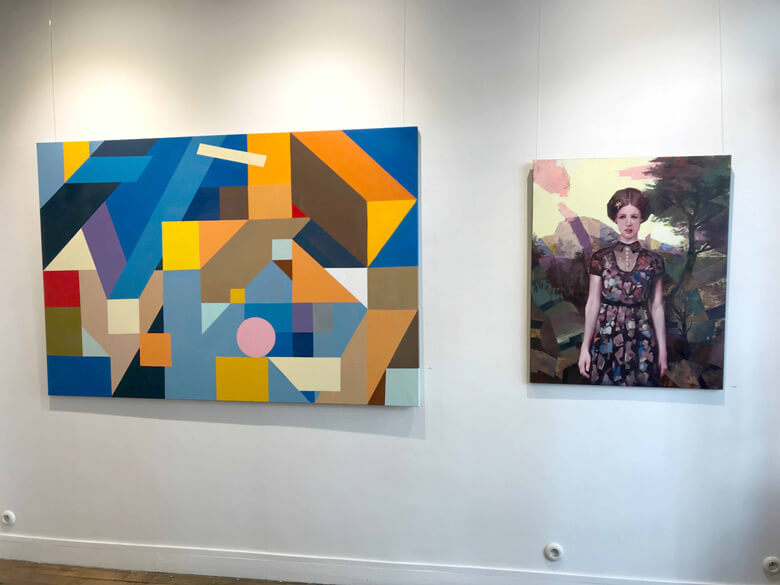 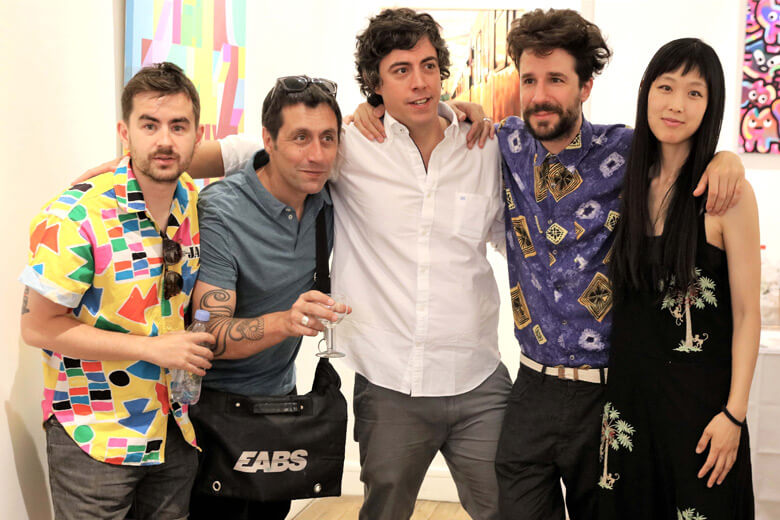 Through a selection of ten artists, “Rue Barcelona” invites you on a journey through the last thirty years of Urban Art in the Catalan capital. The works on display reflect the influence that the street has had on these artists and their evolution towards other visual languages.

“Rue Barcelona” allows you to discover the trajectory of artists like Eos, Chanoir or Jafet Blanch, who initiated their practices in graffiti and evolved towards contemporary painting, and their influence from other graphic and visual media as such is the case with Sawe.

In addition, through works by artists like Fasim, an urban expressionist and international reference, Debens, a pioneer in neo-geometric murals, Mina Hamada, Zosen, Grito or Btoy, creators of enormous frescoes, we discover the evolution of traditional graffiti towards contemporary painting and muralism. 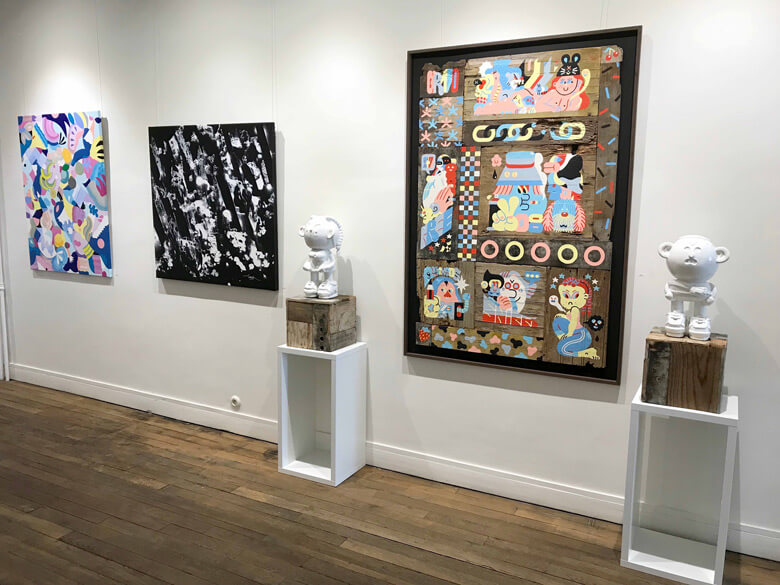 The confluence of styles, techniques and surfaces shows the pictorial and creative richness of these ten artists who emerged from the street. All of them help us in understanding the influence that the city of Barcelona has had and continues to have on the global Street Art movement.

“Rue Barcelona” brings together around 30 original works, as well as archival and audiovisual material. This exhibition is aimed both at  faithful graffiti and urban art followers as well as contemporary art lovers. 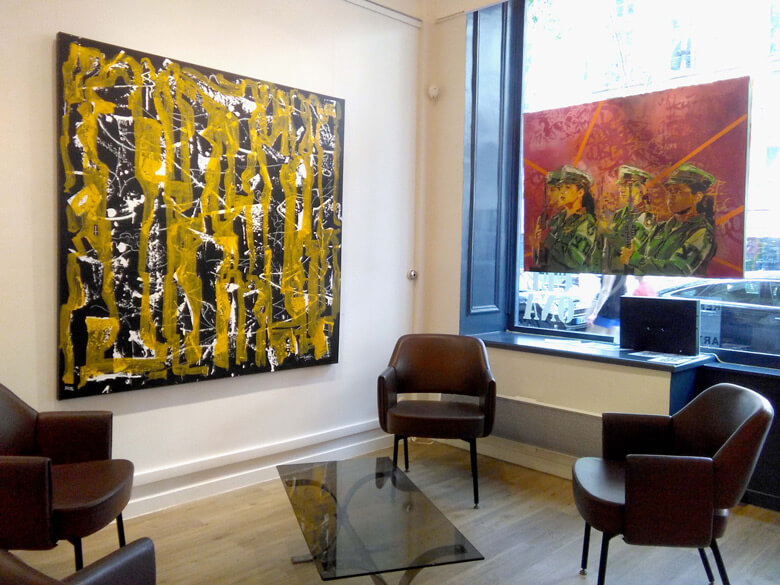 The day after the inauguration, murals were painted on wooden doorways on Rue San Martin, district II, very close to the Centre Pompidou and the Palais Royal, thus promoting street art in the heart of the city. They were painted very quickly and then we all ended up in Debens’ studio where we could all relax a little bit over some pizza.

The next day, Doze, a prolific New York artist, was exhibiting at Openspace where I was able to meet Sawe and we were able to greet the artist and Jonone and Psy156 who had also come to visit the exhibition. When we arrived to the show, 70% of the works had sold on the first day of the opening. Quite a huge success. 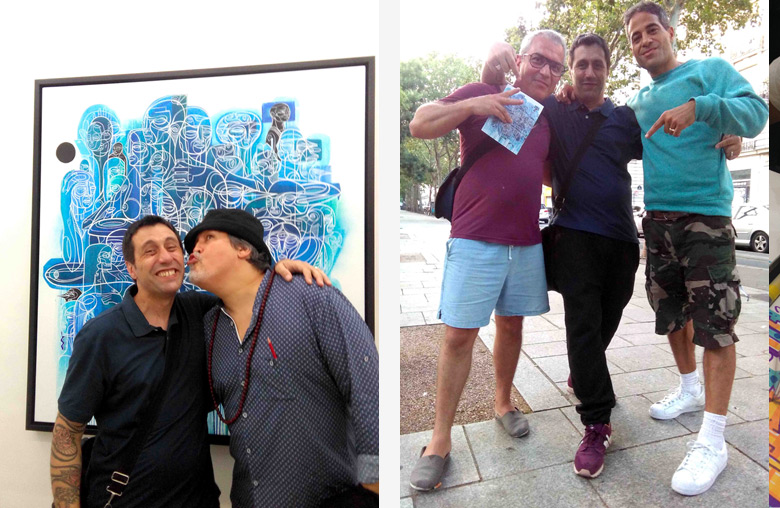 The journey is coming to an end and we must return home after a few very intense days during which finally, I also took the opportunity to see the Louvre; the amazing, inspiring Louvre Museum where I succumbed to the magnificence of paintings such as the enormous `The Jellyfish Raft’ painting by Théodore Géricault that measures some 7m x 5m. And, ‘The death of Sardanapalo’ by Delacroix, of similar dimensions among many other masterpieces. It was a good weekend in Paris, and we made the most of our time!