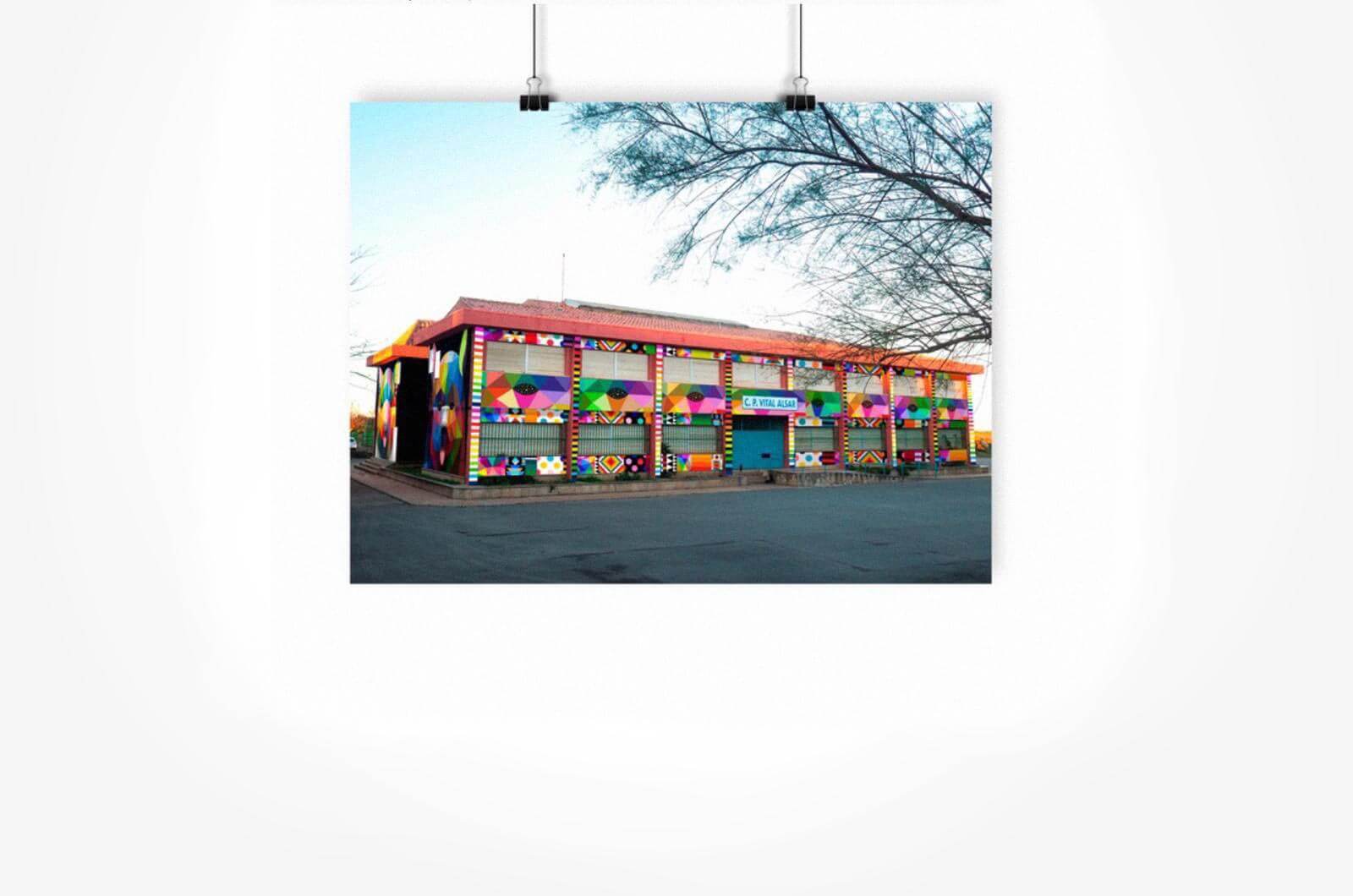 The name Okuda has become consecrated as one of the names in urban art with the most projection on the international scene. He is known for his colorful works of a very particular geometric style character, but there is a peculiar aspect of his works which many does not know about, and that is the social work involved behind many of the actions that he produces for. 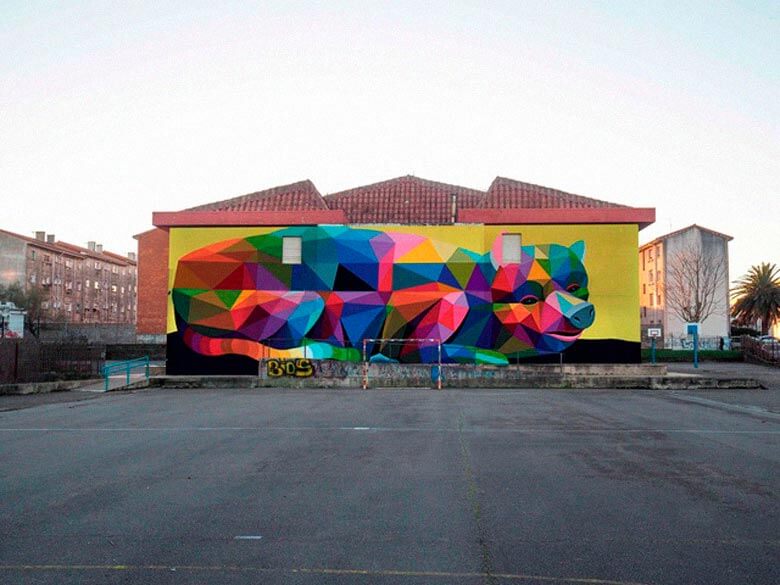 This is also a fact in the latest project that he has collaborated with, a project called ”Okuda Vital”. And here his is set to convert a school in his hometown Santander into a piece of art, and as in many cases like this, various types of gifts are offered through donations for the project.

The campaign has come to be a big hit and has now passed the goal of raising the 21.000 euros it was intended to gain before its start. Nevertheless, all the extra donations will help to make this fantastic project even bigger and better.