THE BIBLE ACCORDING TO TRIPL 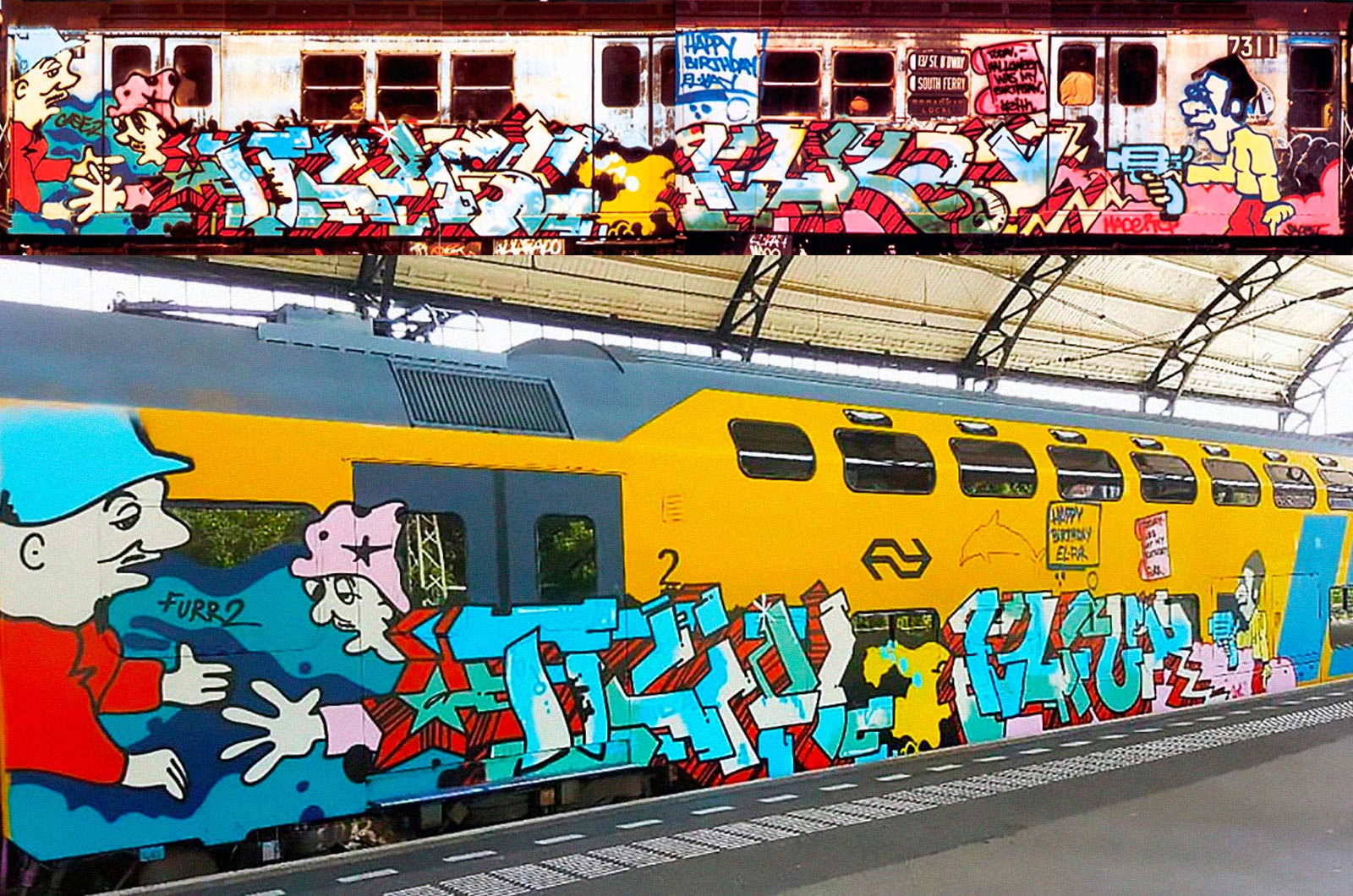 It was over a year ago that the Dutch writer, Tripl, starting to flirt with the Subway Art productions. A couple of pieces dedicated to Skeme inaugurated the tremendous series of legendary subway car remakes that appear in the book that Chalfant and Cooper published in 1984, which in graffiti is somewhat like the table of Moses. 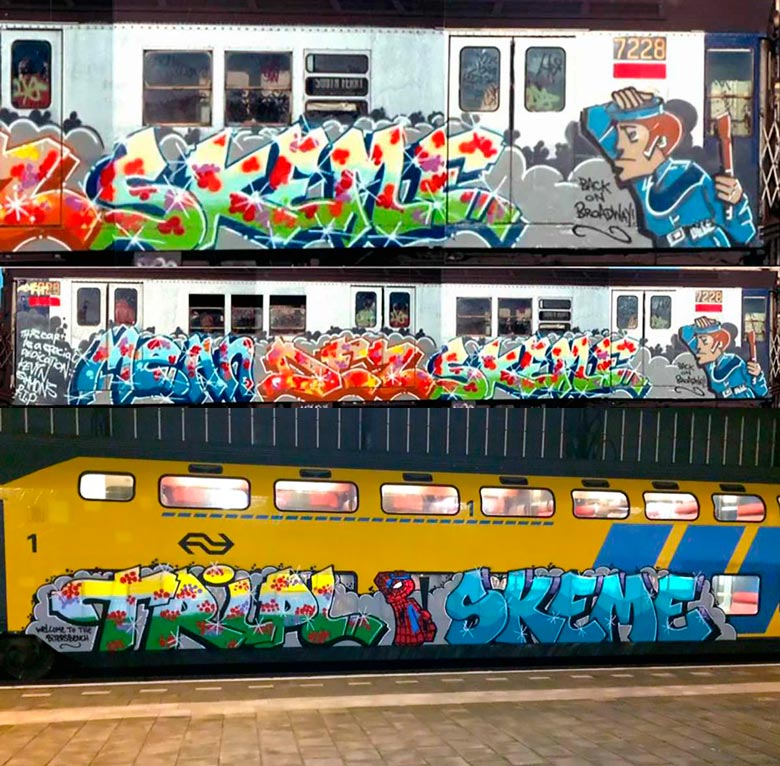 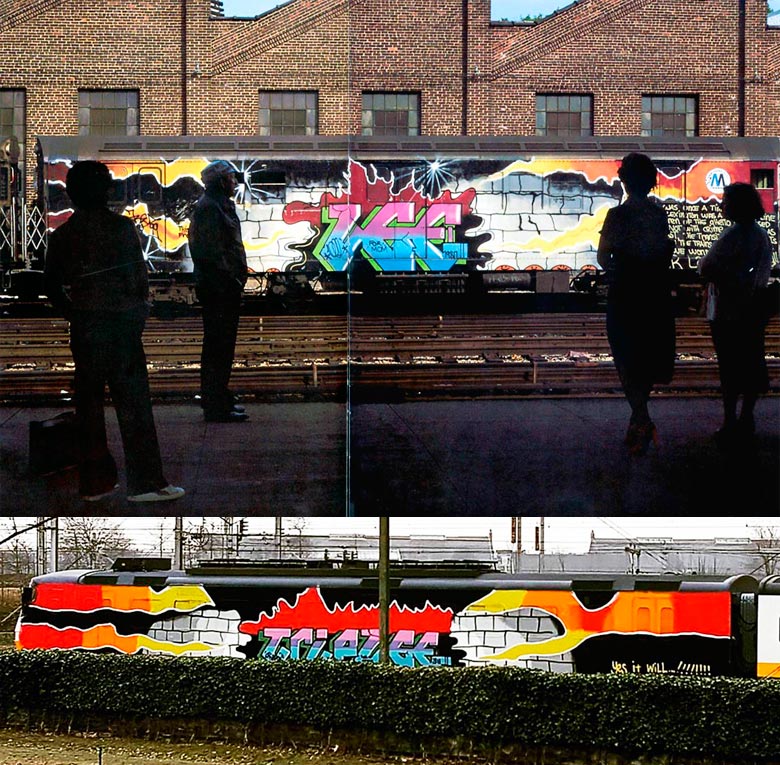 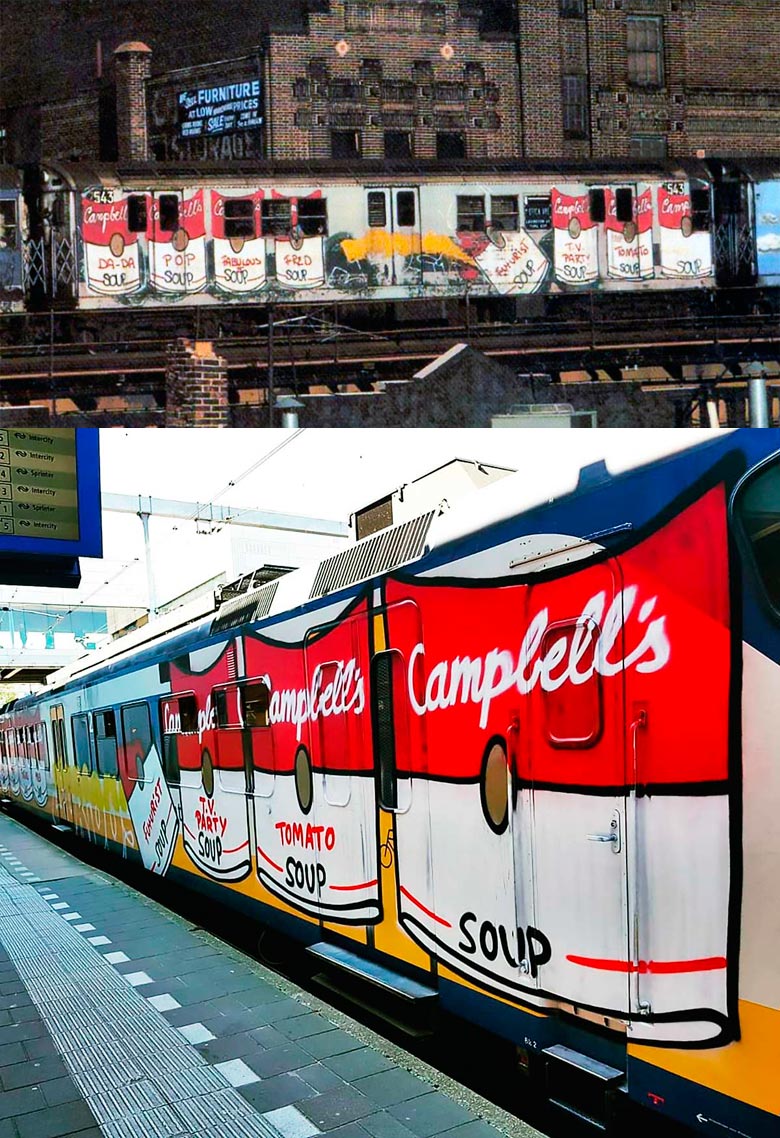 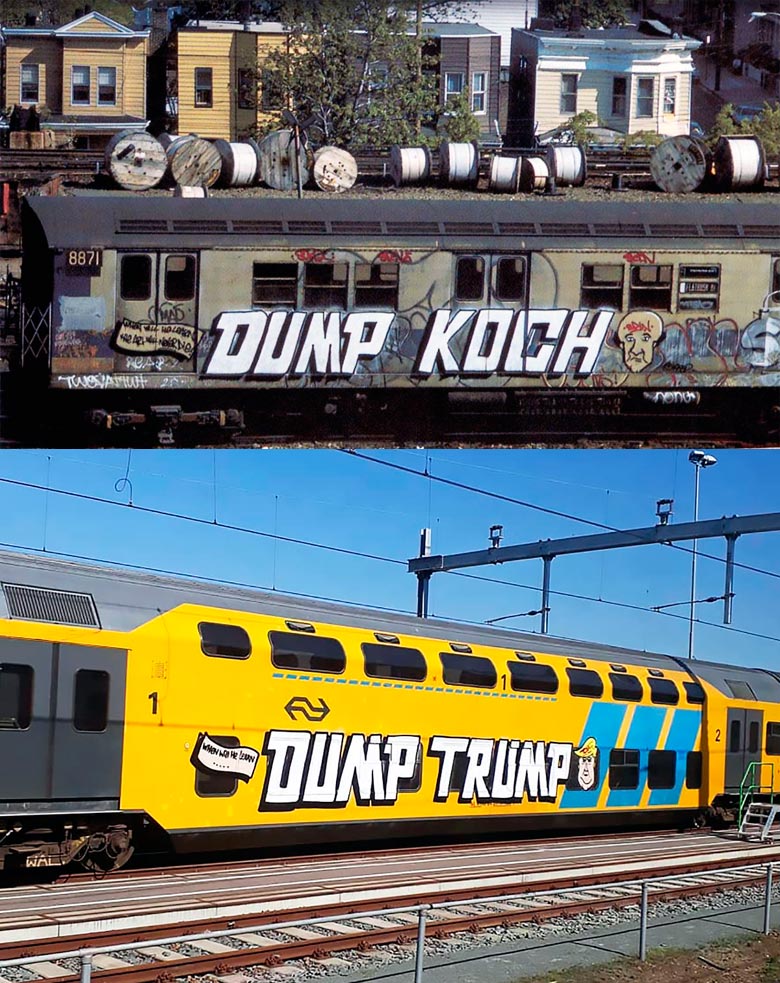 Since then, the flow of remakes produced by this king of yellow trains was worthy enough to make a book. The reinterpretations range from the well-known subway cars by Blade, Seen, Kase2 or Iz the Wiz, and even pieces by P.nut, Crunch, Sweet and the Shy piece that was dissed by Cap.
Drips, in their constant and laborious search, have already posted two compilations of all the versions done by Tripl, together with the original pieces. 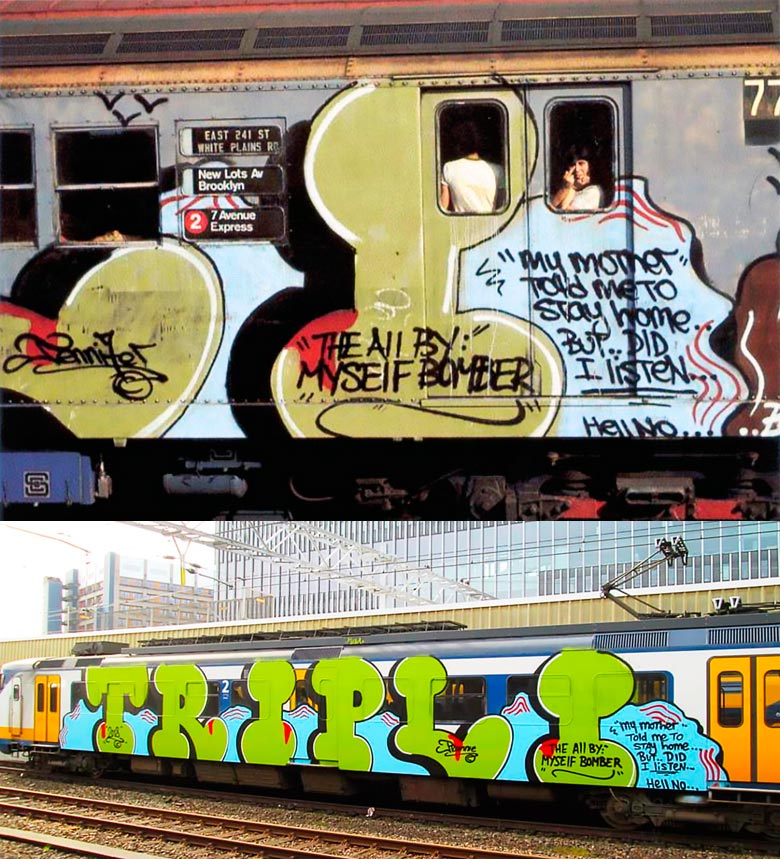 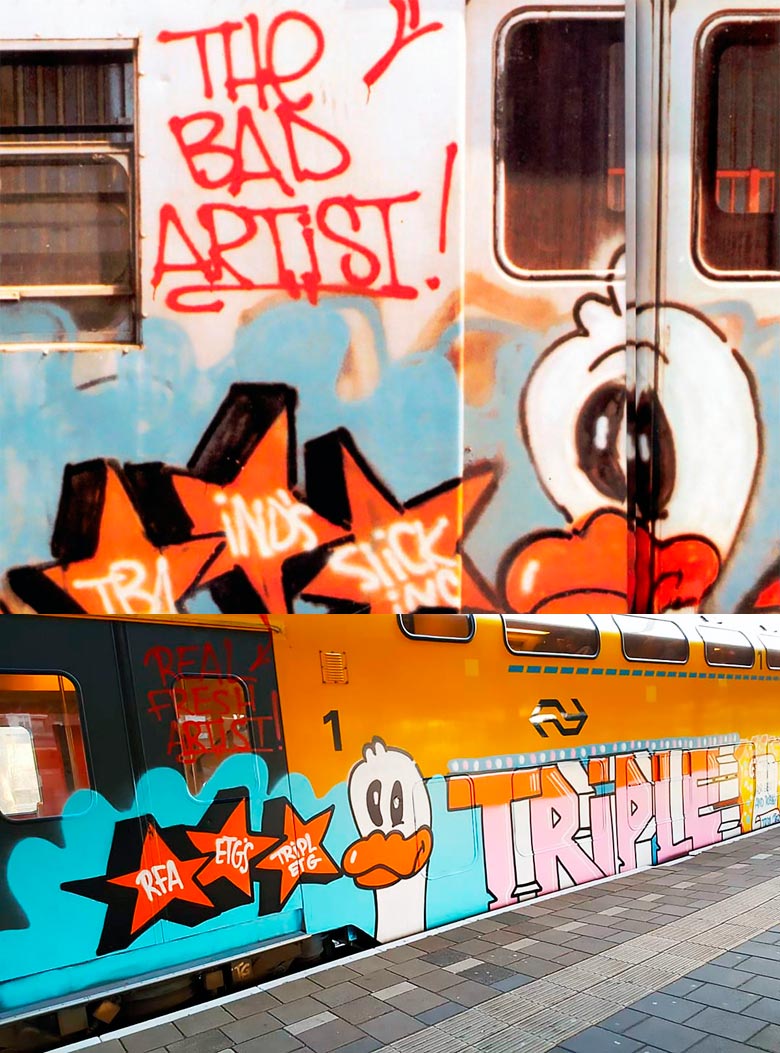 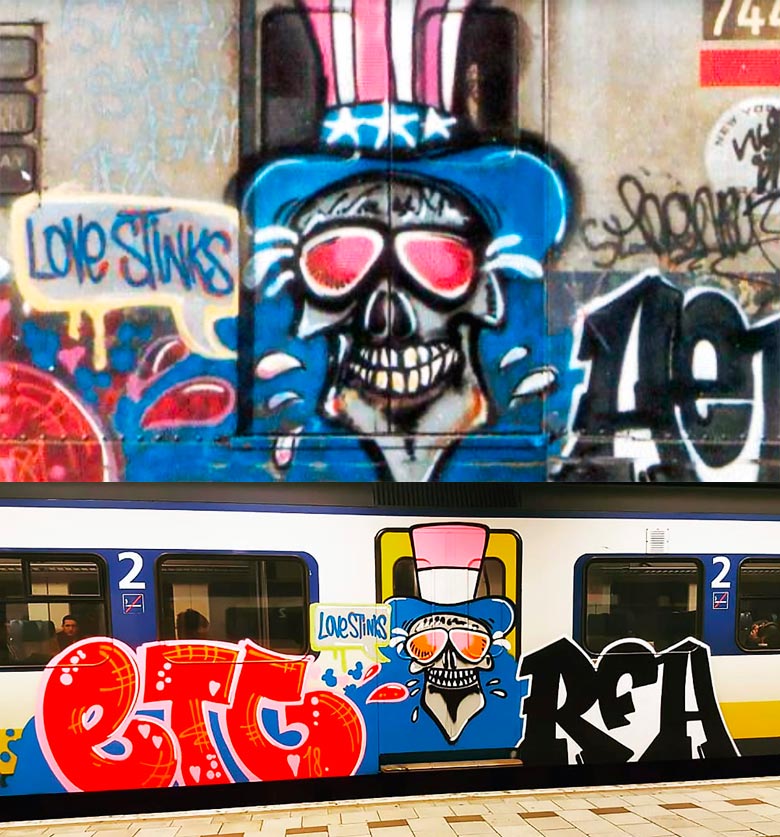 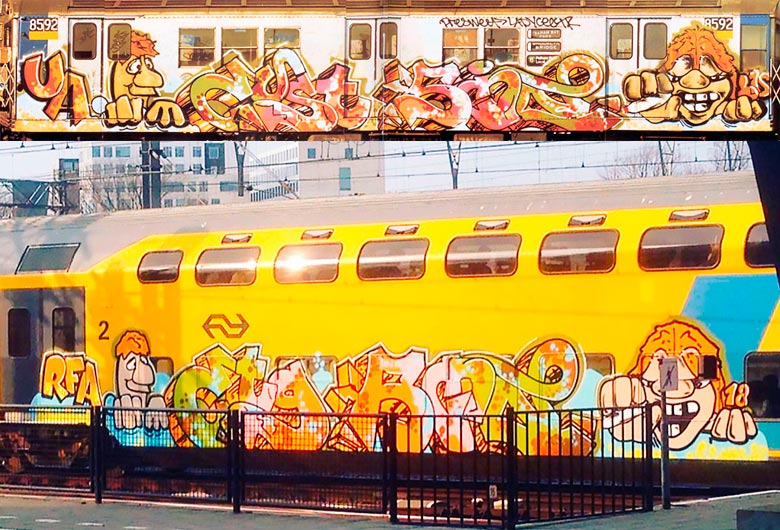 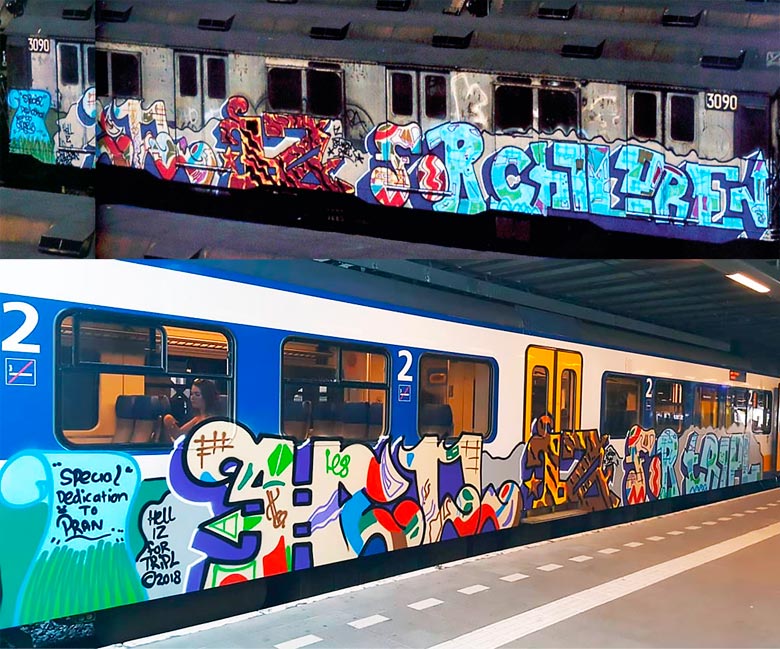 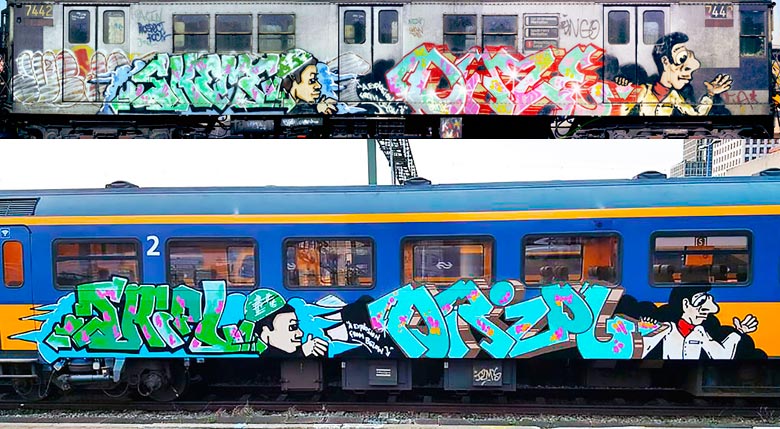 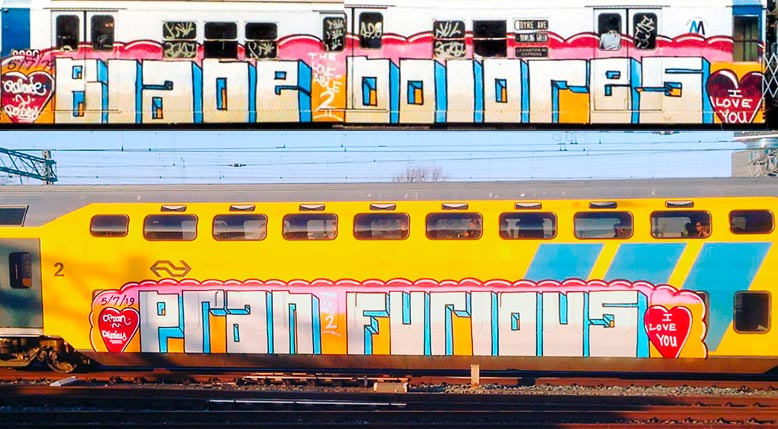 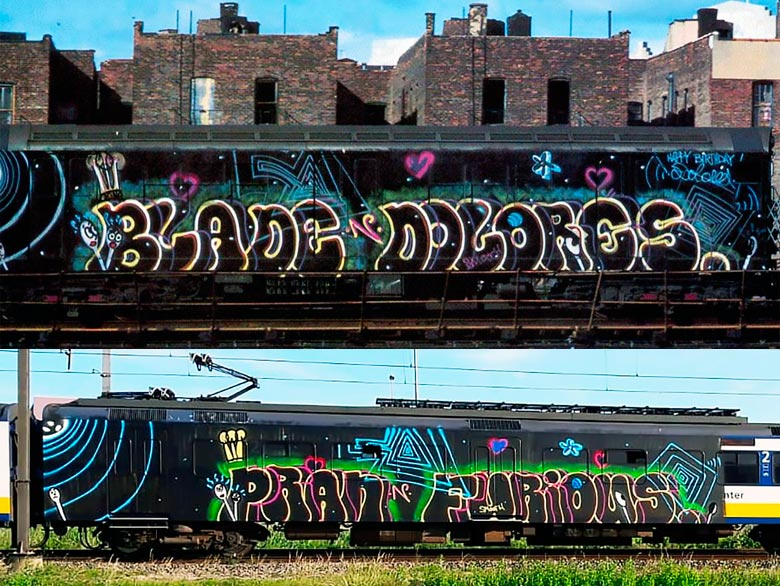 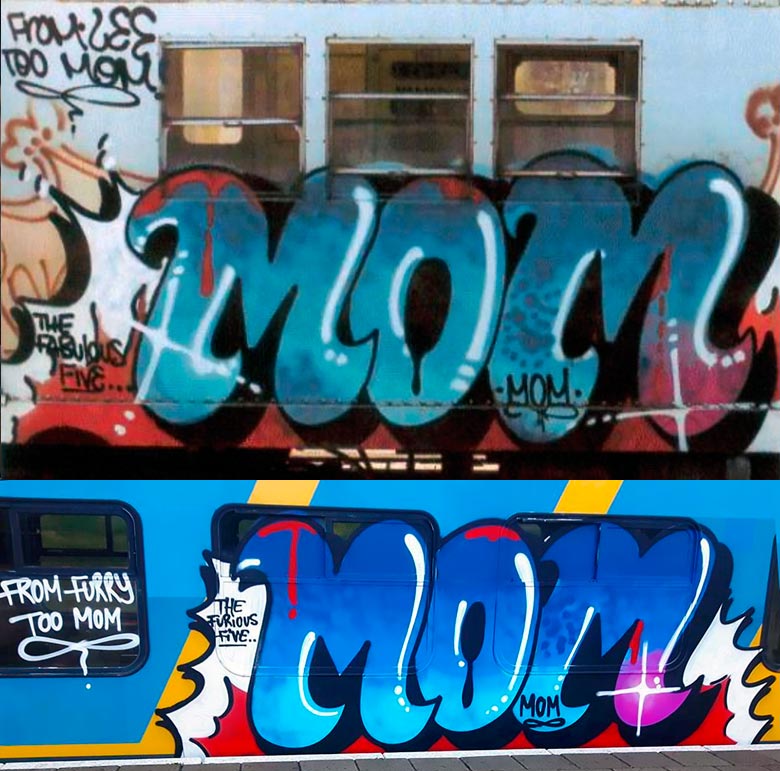 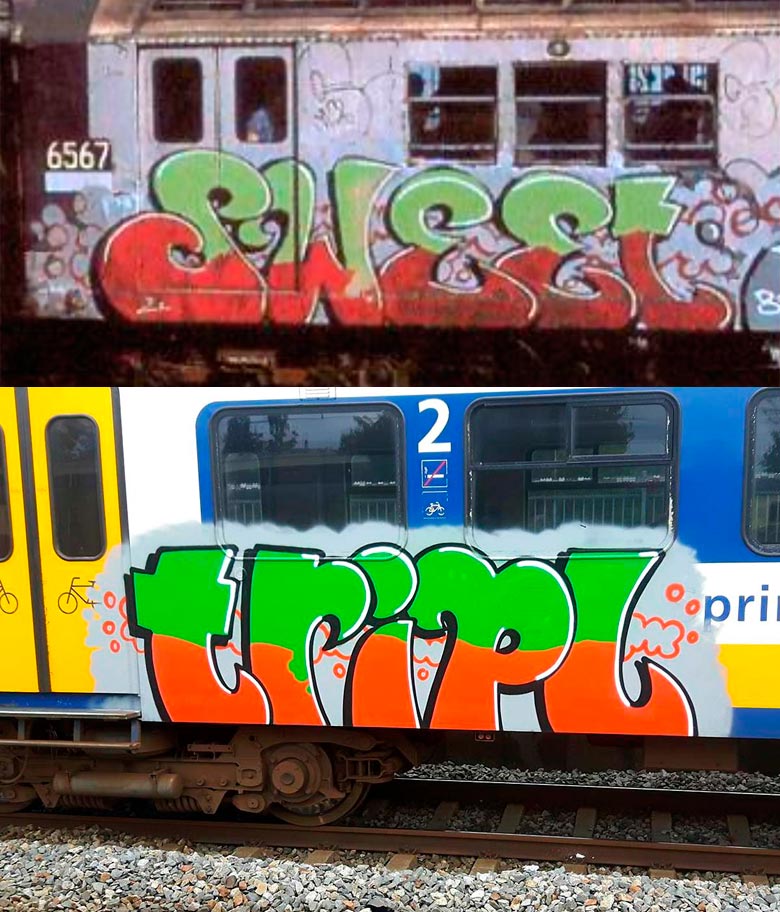 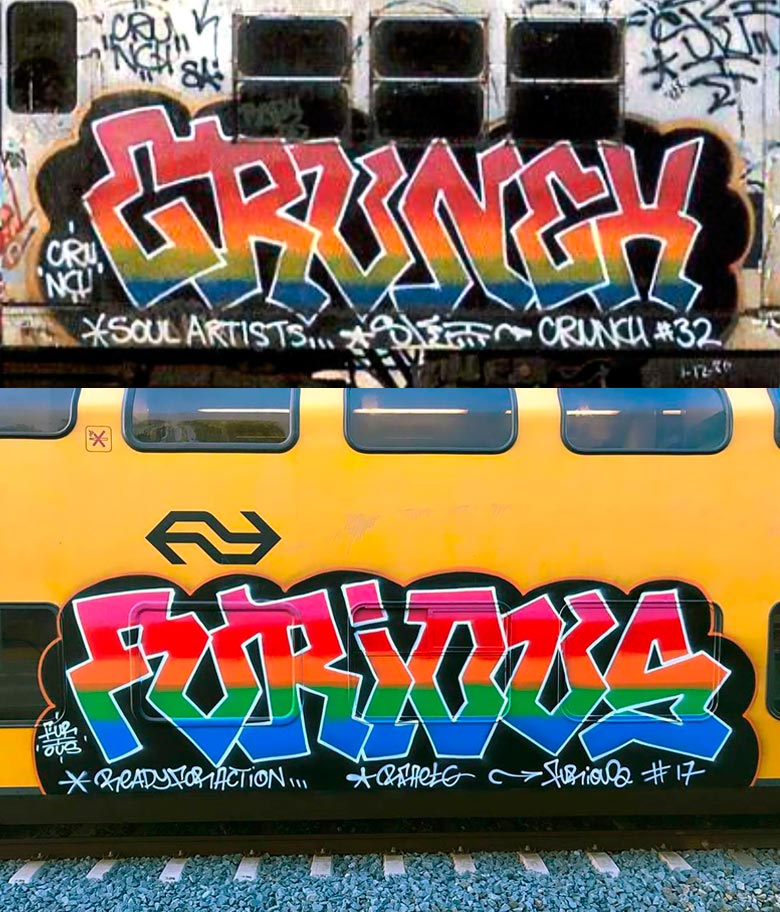 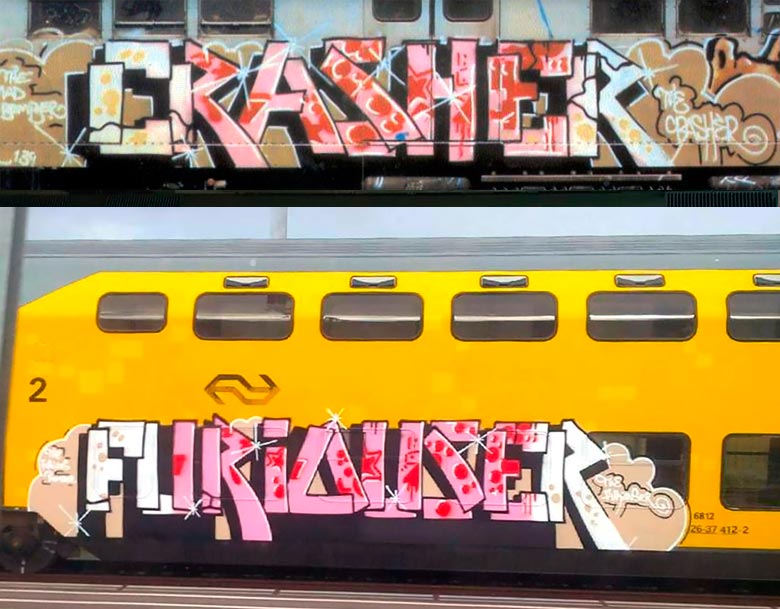 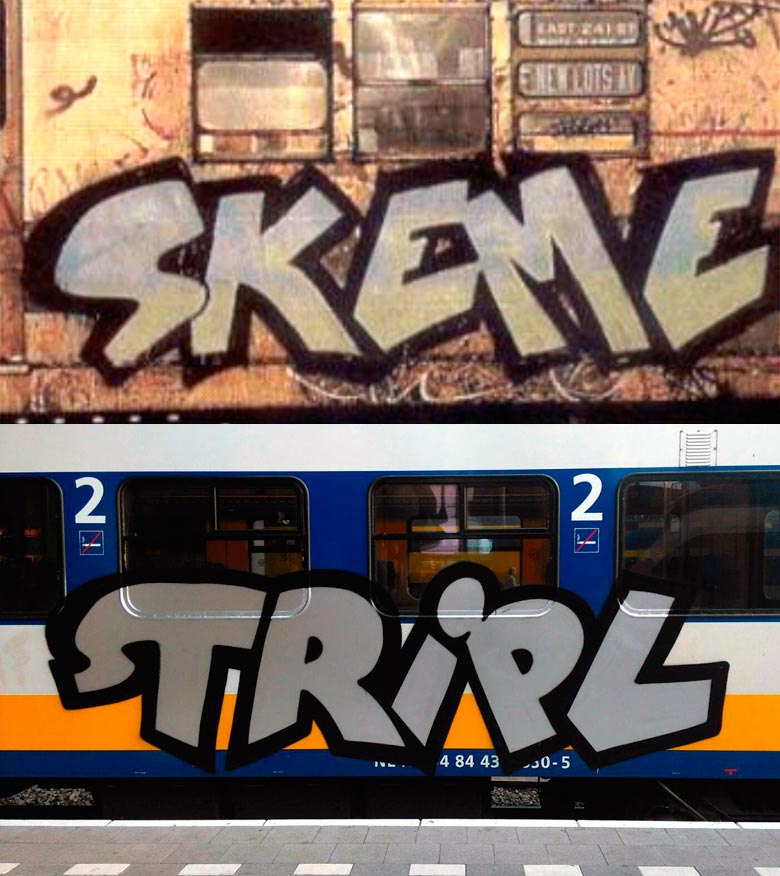 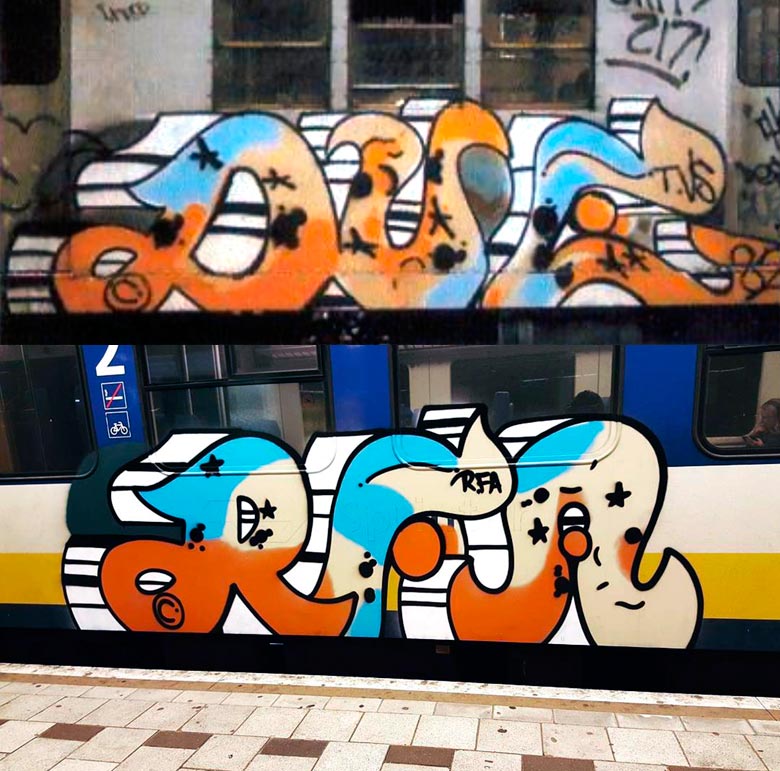 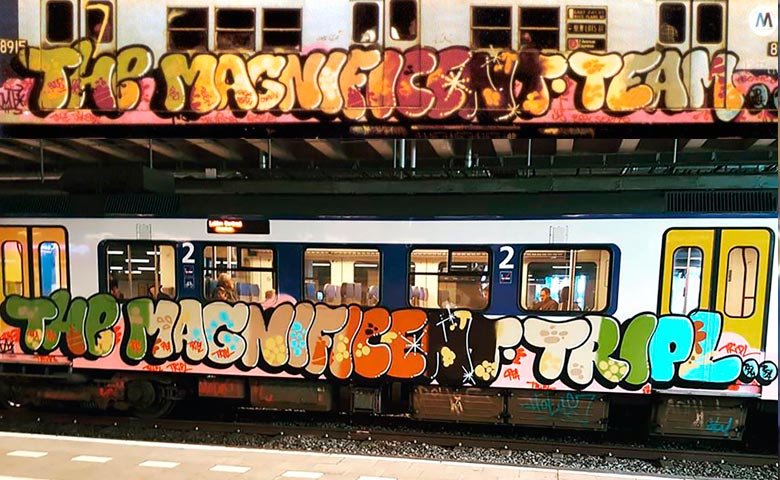 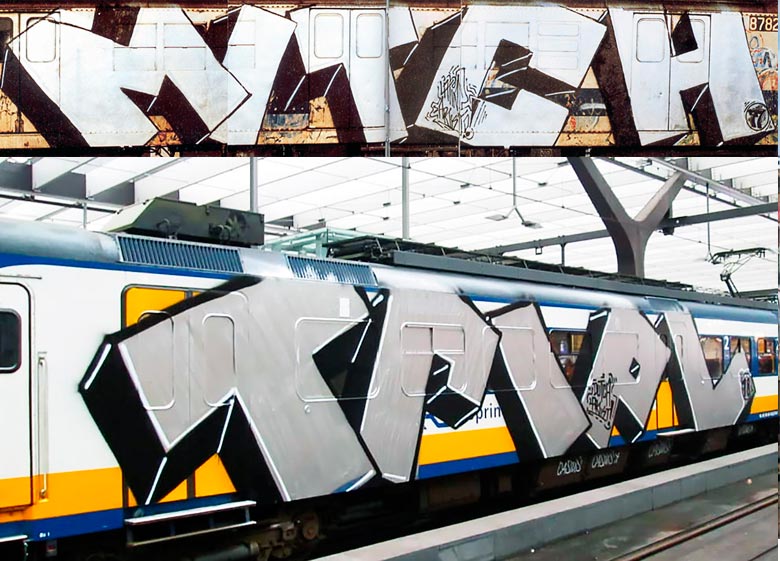 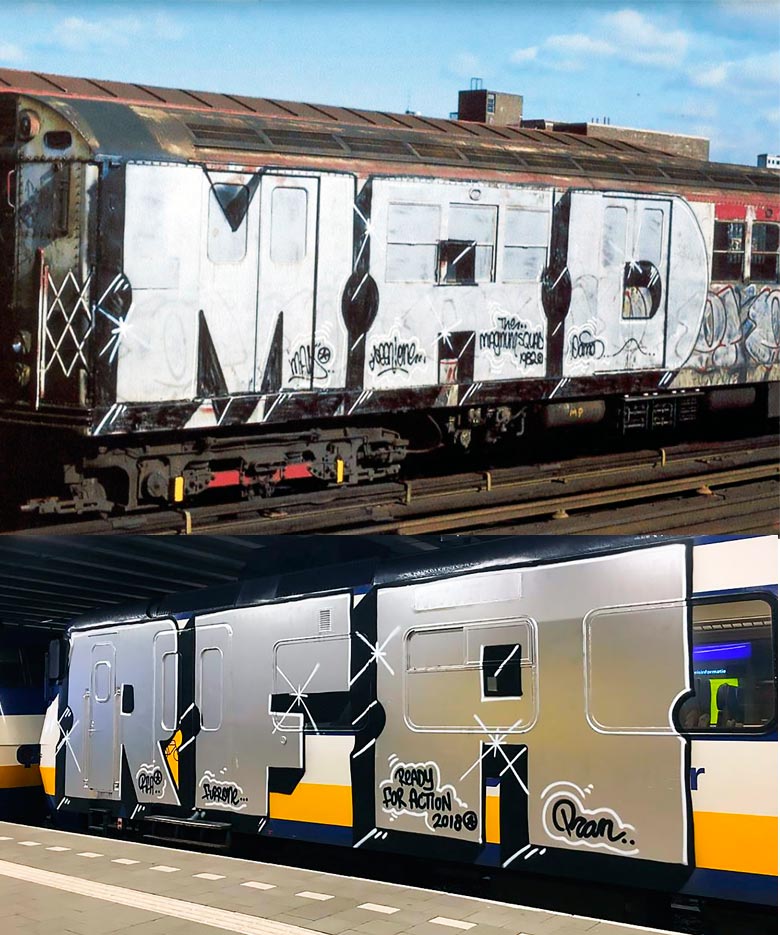 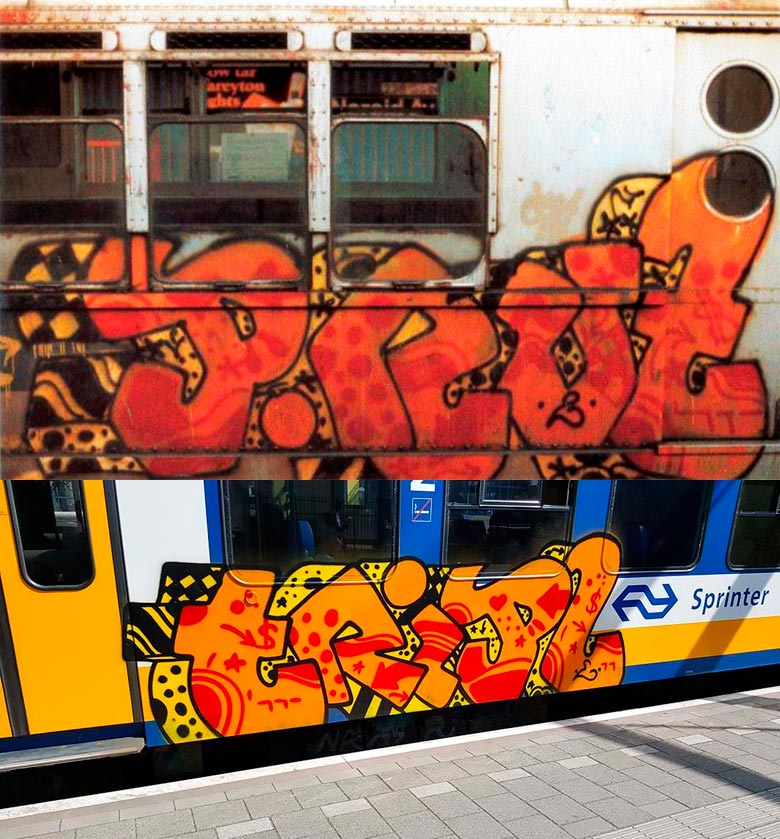 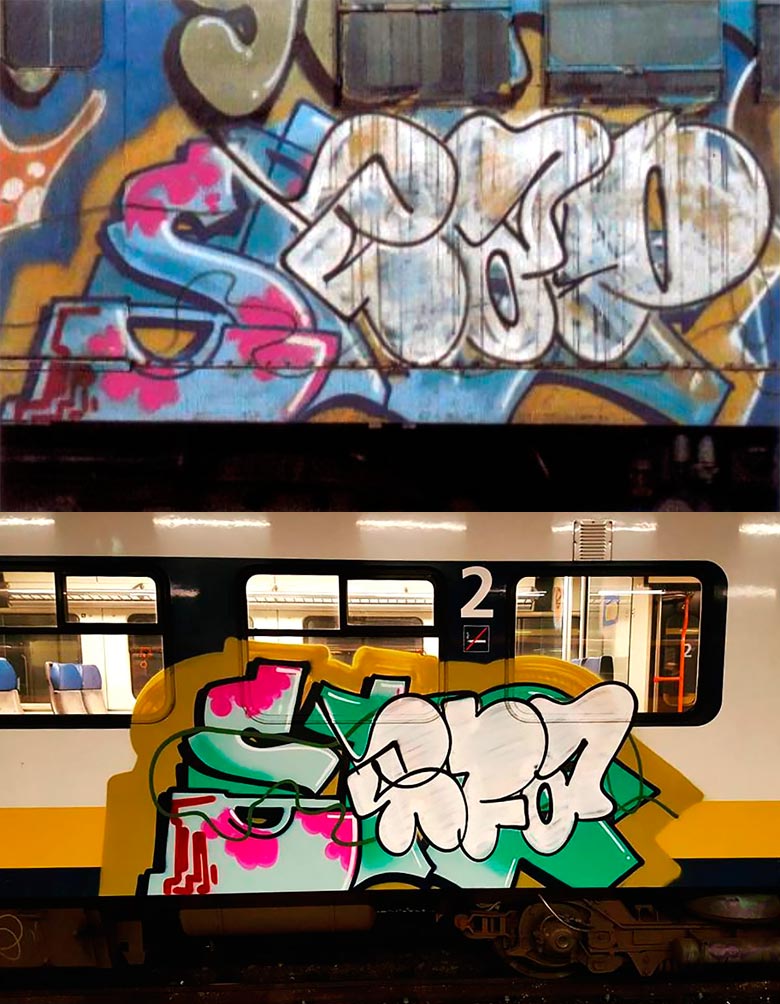