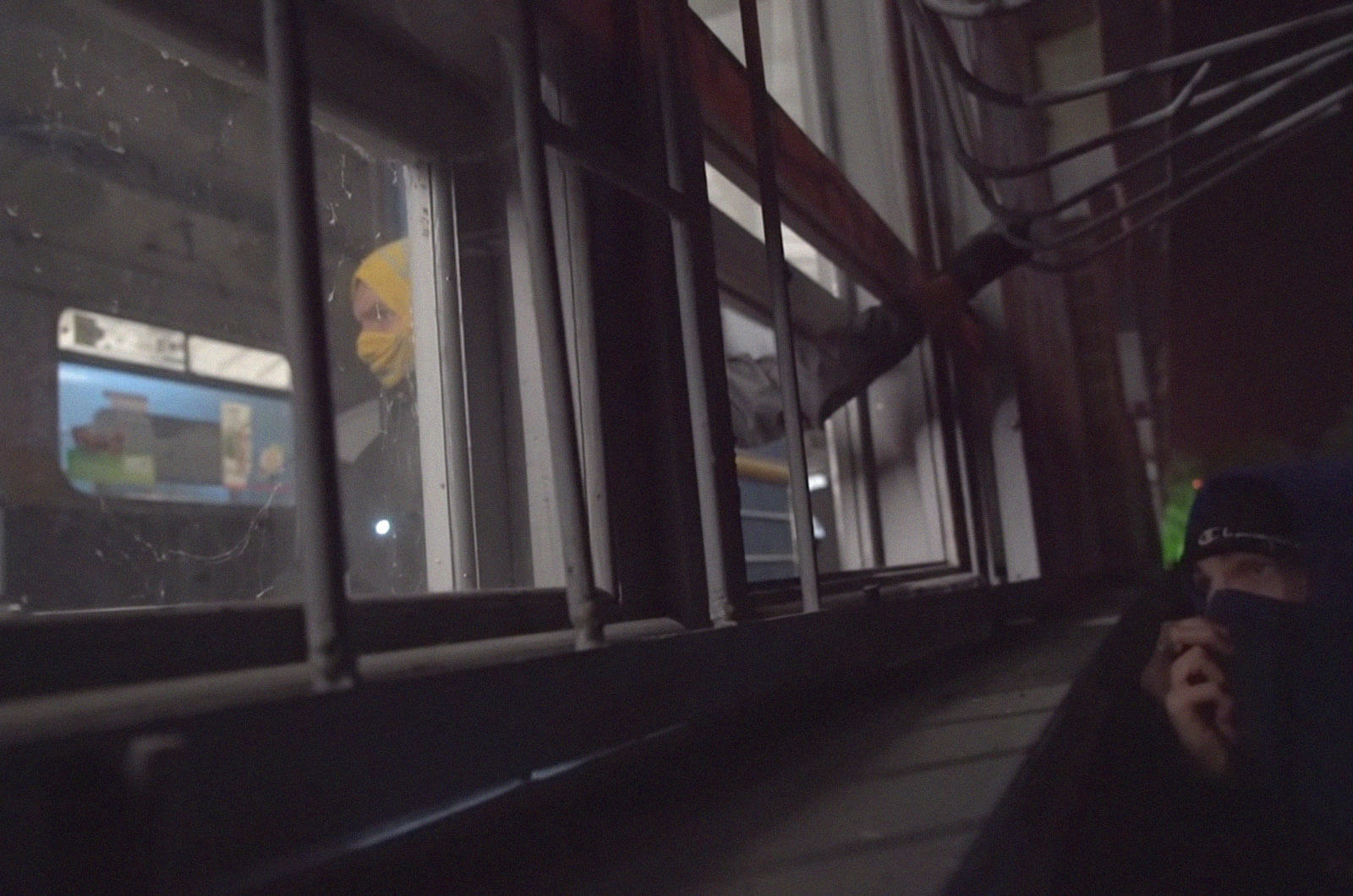 Barcelona, Berlín, Paris, Bucharest… these are some of the cities in which we have seen how MTN Water Based have become a tool of great help for underground writers. And why would they not be as good for a less western city like Kiev? The TSK crew has  together with some local writers filmed a quick action from the difficult system of the Ukrainian capital.
The video, published by Drips, comes with a brief interview that we bring you transcribed from its original language. 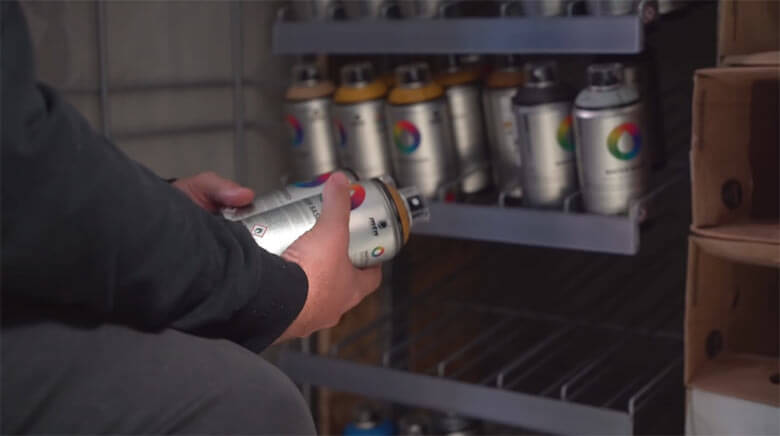 Why is it so difficult to paint the Kiev subway?
It is a miniature version of Moscow, with only a few hangars to paint and a handful of backjump spots and very few trains parked in tunnels. The tunnels are very difficult to access and the backjumps are three minutes at most. With the police standing behind on the platform. The police are directly responsible for the protection of the system, accompanied by guards. The hangars are not very big and are strictly protected by cameras, gates and, sometimes, by sensors, but not in the one we paint. The police were inside, so I had to be extremely discreet. 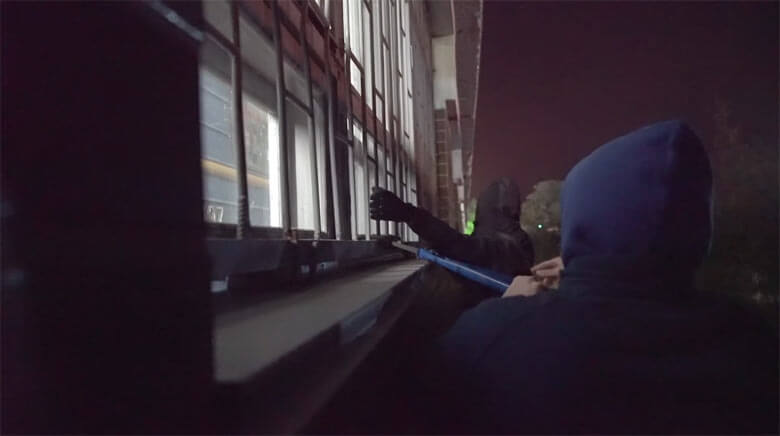 “You know that before the Wild West, there is the Far East, a crazy world where everything can happen…”

The local writers paint the subway? And, do the pieces ever run in traffic?
Part of the system are outdoor stations because the city is divided into two parts by the Dnipro river. It’s really nice to see the subway crossing the river on long, old steel bridges. But there is very little local activity, those who helped us in this mission are almost the only ones who take risks. Painted underground trains circulate only a few hours if they have been painted in tunnels or backjumps, but never if they are painted in hangars.

What are the risks if they catch you?
You know that before the Wild West, there is the Far East, a crazy world where everything can happen… 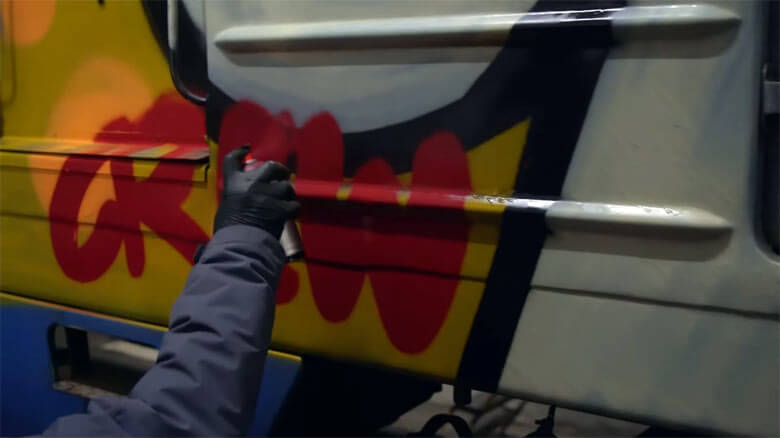 Is it easy to paint with Water Based?
It’s a bit different, and at first it’s like trying a new brand: the pressure, the drying time, the nozzles, everything is a bit different and it takes a little time to adapt. But in use, it quickly becomes as comfortable as a 94, perhaps even faster and with less odor. Although it does not cost the same, it is true that with these cans of 300 ml, you can fill as much space as with a normal 400 ml. It is a wise choice if the action in question requires it. In any case, In Kiev was undoubtedly a great advantage! 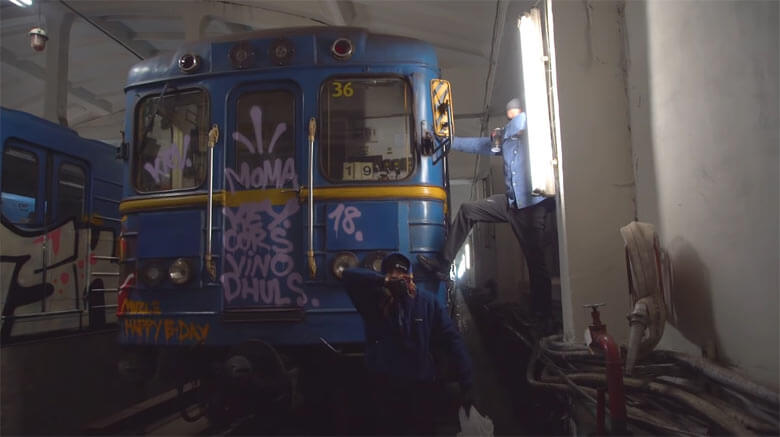