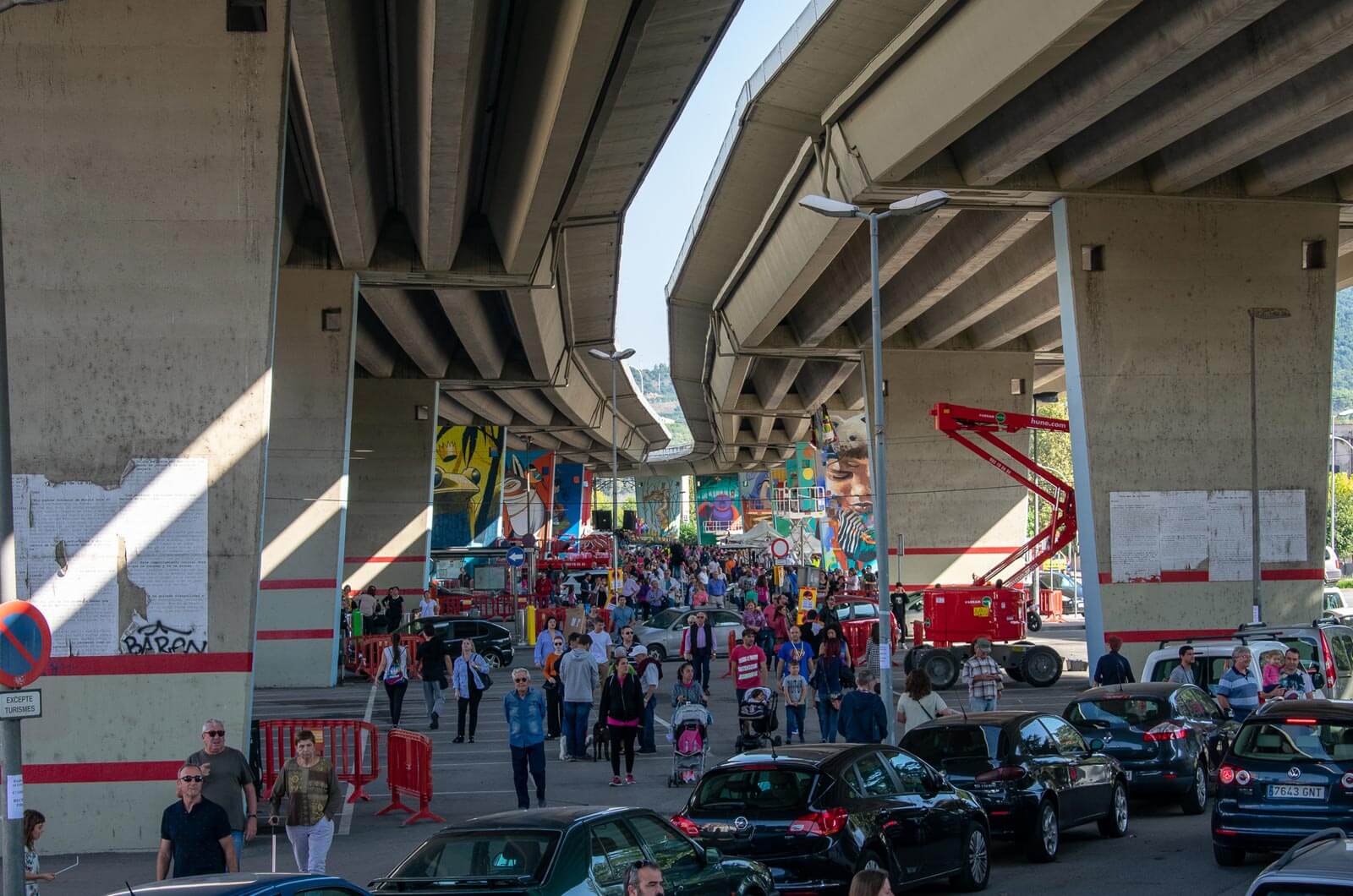 “Montcada i Reixac is a municipality with various infrastructures which creates a great aesthetic impact. One of them is the C-33 highway, which crosses more than half a kilometer across the urban area, generating a grey and lifeless area.“ 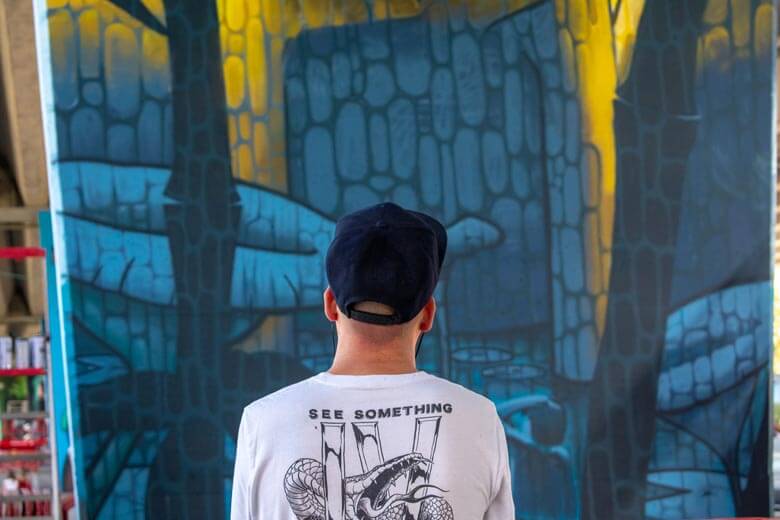 The Mira’Mir project was held between The 19th and 21st of October in the suburb to Barcelona, Montcada i Reixac, with the idea of ​​converting the pillars of the C-33 highway into gigantic canvases.
Starting from an established theme, the autochthonous nature of the city gave an idea to transform the masses of cement into a forest of great proportions that crosses the Besos River. The action aims to reflect on the relationship between urban constructions and the natural environment. 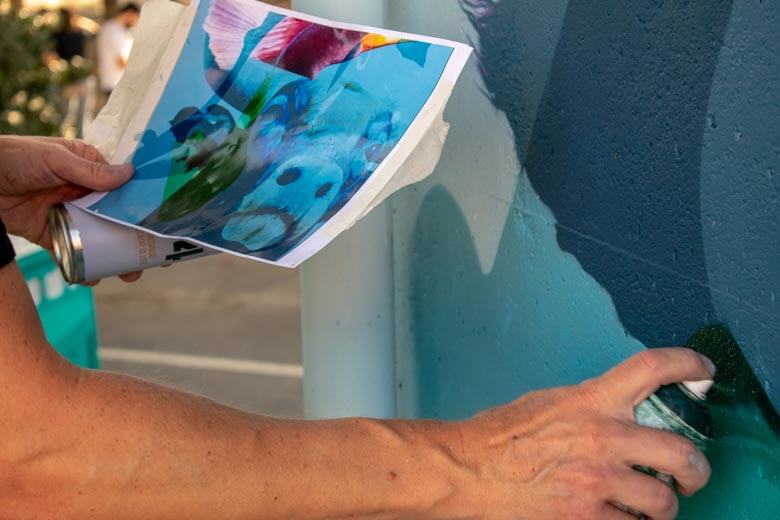 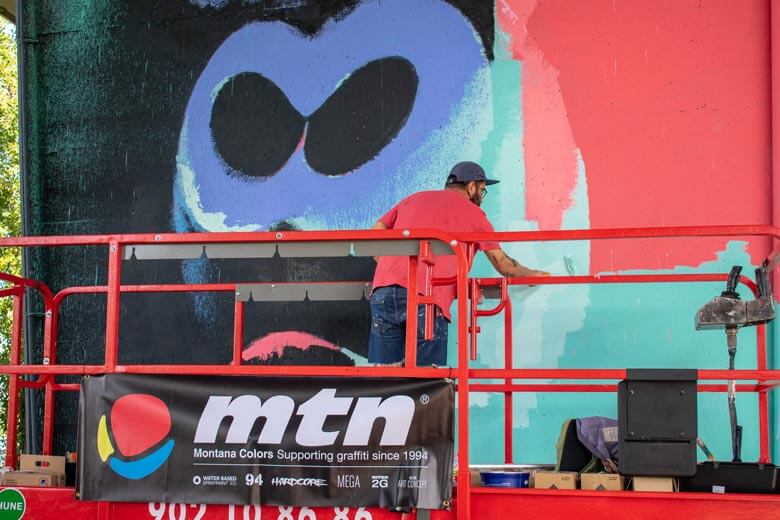 Thanks to Lewis Duncan we bring you a selection of images of the works of various figurative urban artists such as Urih Petados, Maga, Tim Marsh and Takerone among others. It is worth mentioning that, although some of them have skipped the theme of representing nature and  animals, we still find interventions that have shown an extra development in the style of the artists, as is the case of Txemi and Harry Bones. 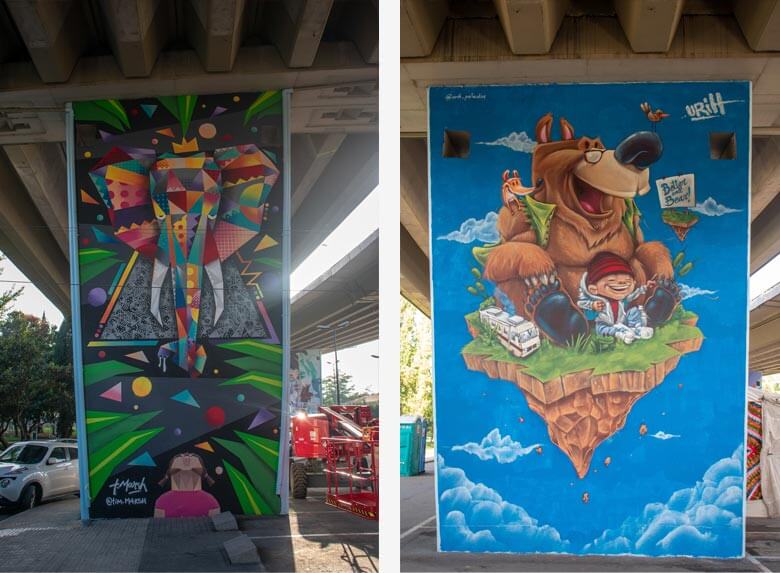 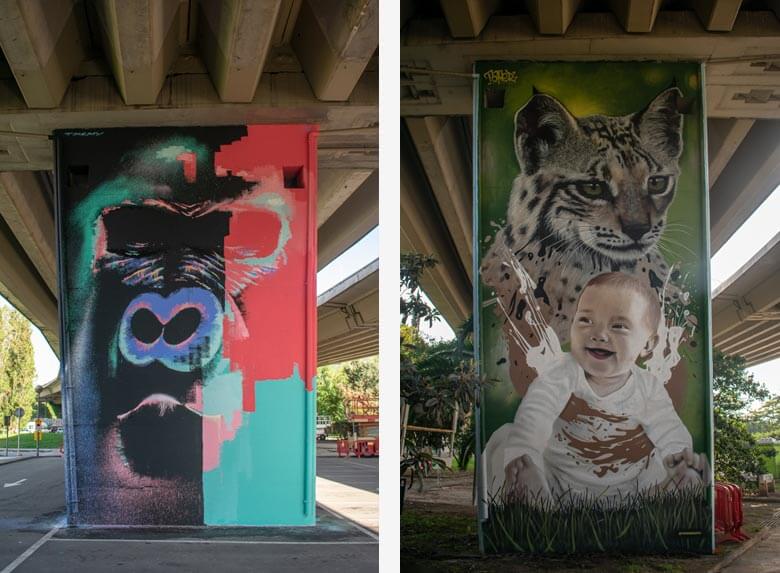 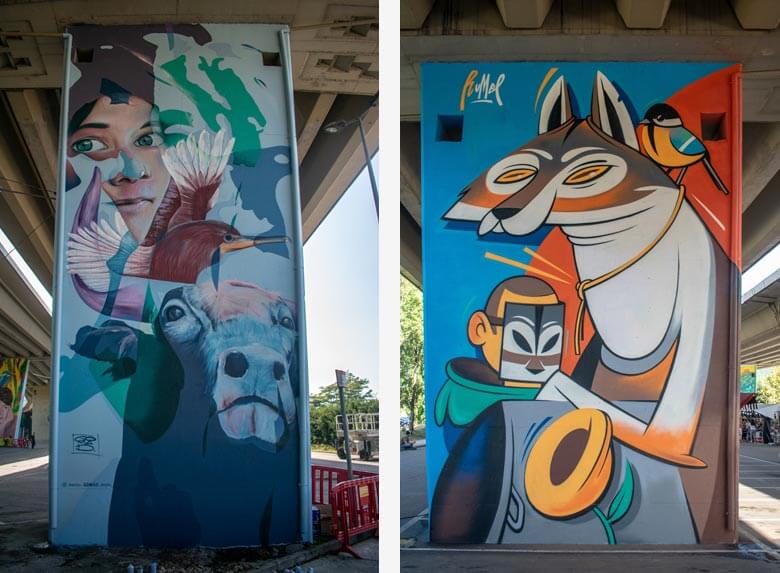