GRAFFITI-SCULPTURE, A WORLD TO DISCOVER 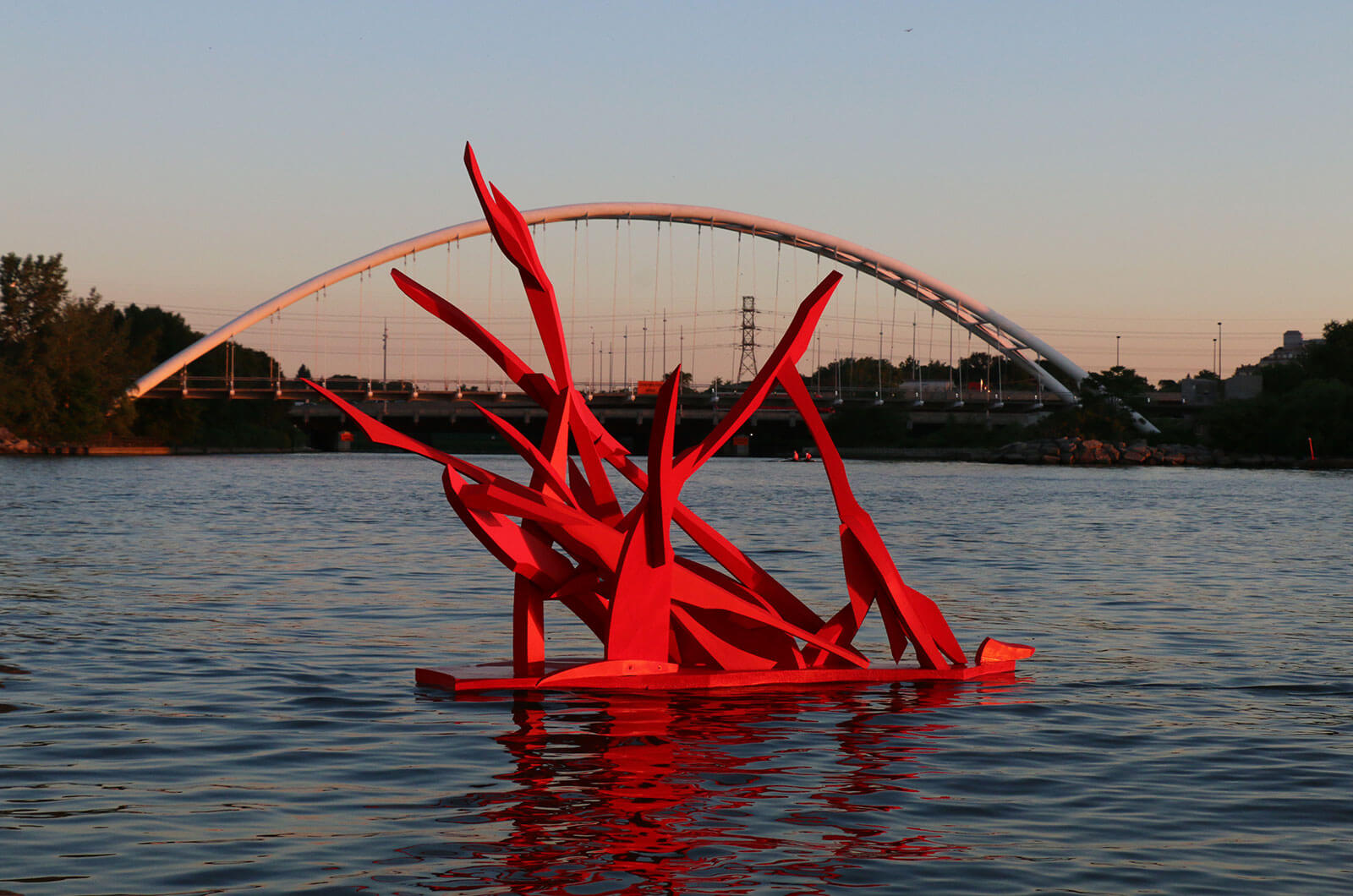 The fact that graffiti isn’t an insular discipline is something we are already well aware of. Writers from all over the world often decide to investigate other artistic fields, and interlace them into their practices in attempts to delve down new avenues.

One of them is sculpture and a few months ago Sprayplanet released an article about writers who have gone from 2d to 3d.

We thought it was very interesting, so we dug it up again to bring to you here.

‘While transporting graffiti to a real life 3D experience has definitely switched up the game, there really aren’t many artists who have gone down this road.’

Just as it’s well explained in the article, the fact that not many people have gone in that direction is mainly due to it being more difficult to execute, and on top of that, because of the materials and space needed to do so. 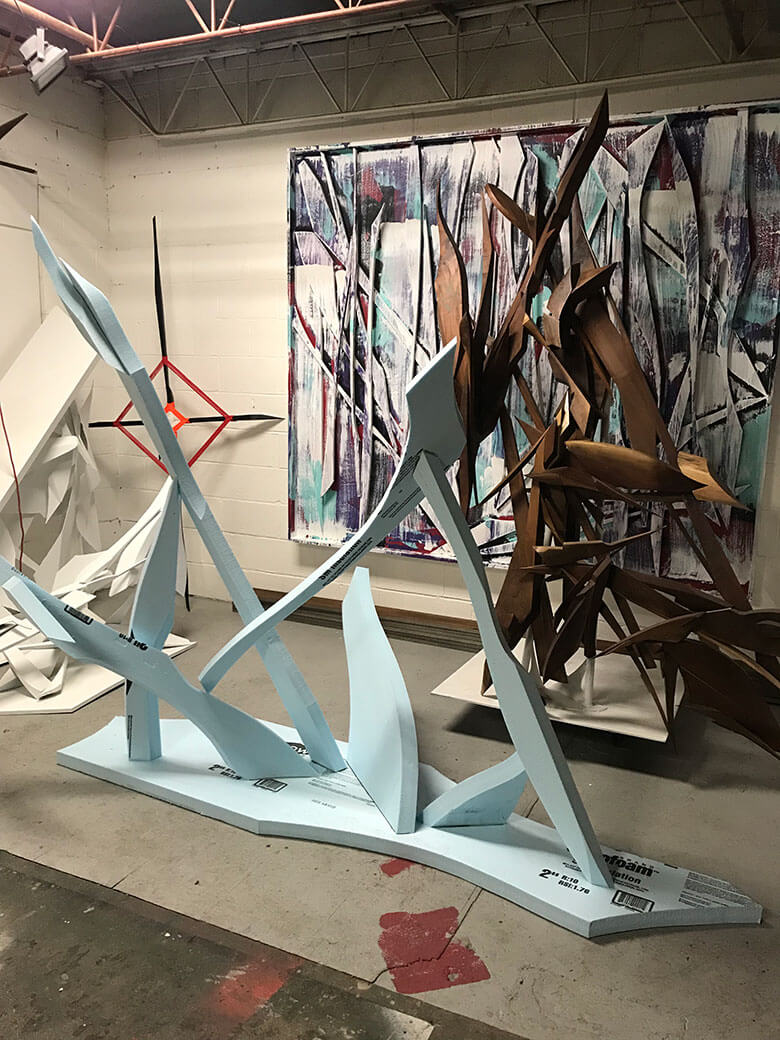 Even so, the few who get involved with this discipline basically take their leads from two writers who took risks, broke limits and created a successful precedent: DELTA and DAIM.
Both artists, rooted in graffiti, transcended the artform with the objective to exert their limits and create graffiti sculptures, which today continue to intrigue the public, inside and outside of the graffiti scene.

‘Peeta, Jankalab, Xavier Magaldi, Fred Plateaus and Kwest. These five artists work on the basis, ideas and concepts that DELTA and DAIM have continued to build over the years.’ 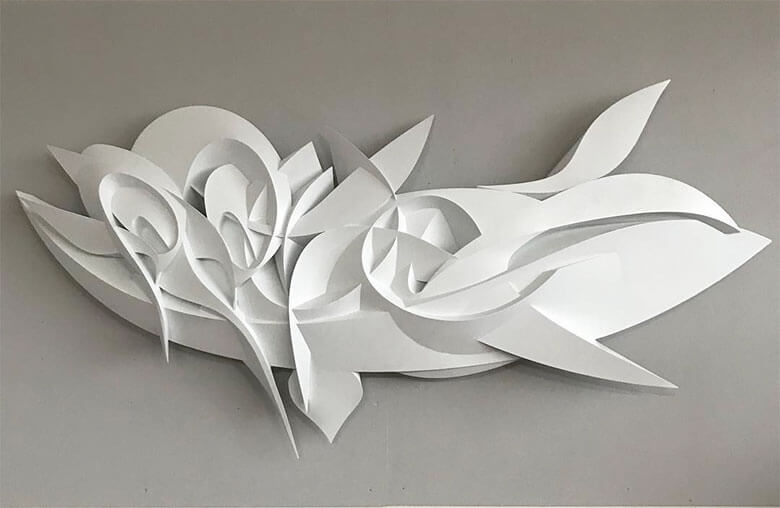 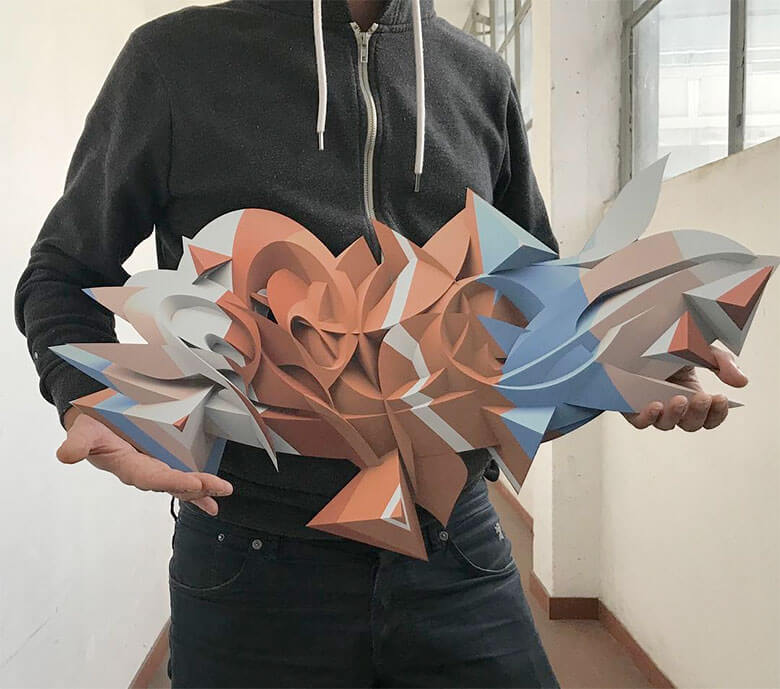 Italian  born Peeta, is world famous for the optical illusions he creates on immense building facades. With an extreme dedication to detail, Peeta defines his sculptures as an essential tool for understanding three-dimensionality and the way lights and shadows function. 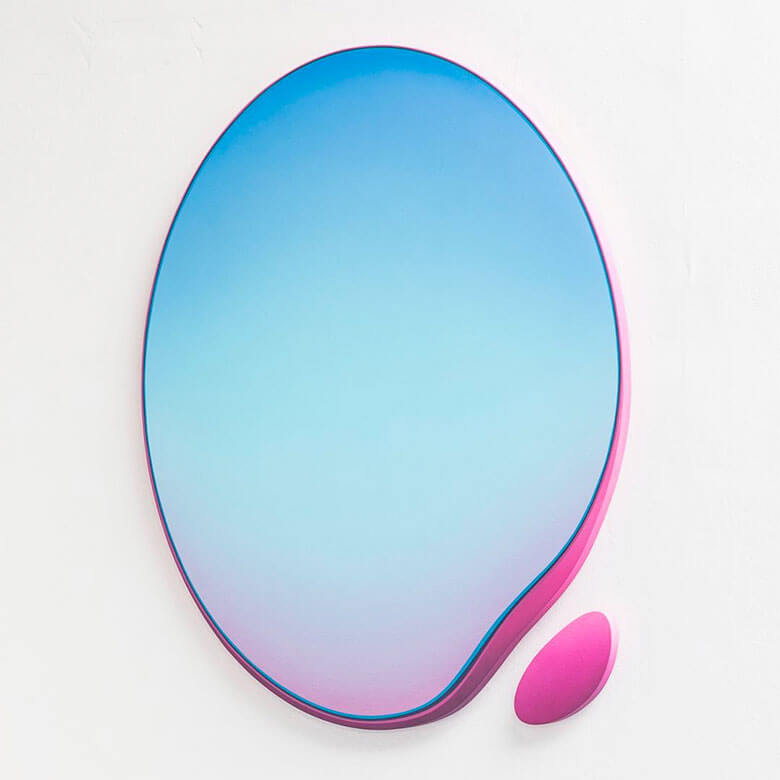 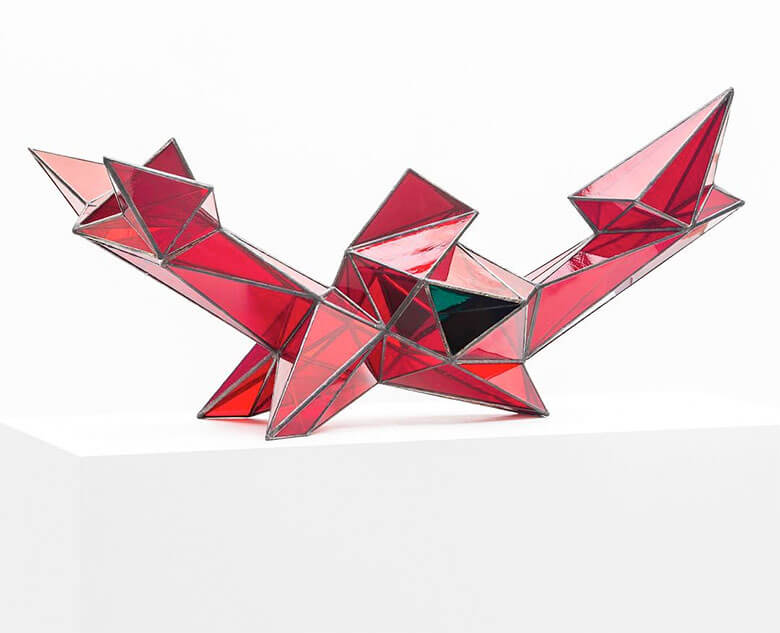 Jan Kalab, of Czech origin, has gone from painting trains to working his style in 3D since the 2000s. Today he’s created his own abstract language through the use of geometric figures and intense colors with which he explores the concept of depth. 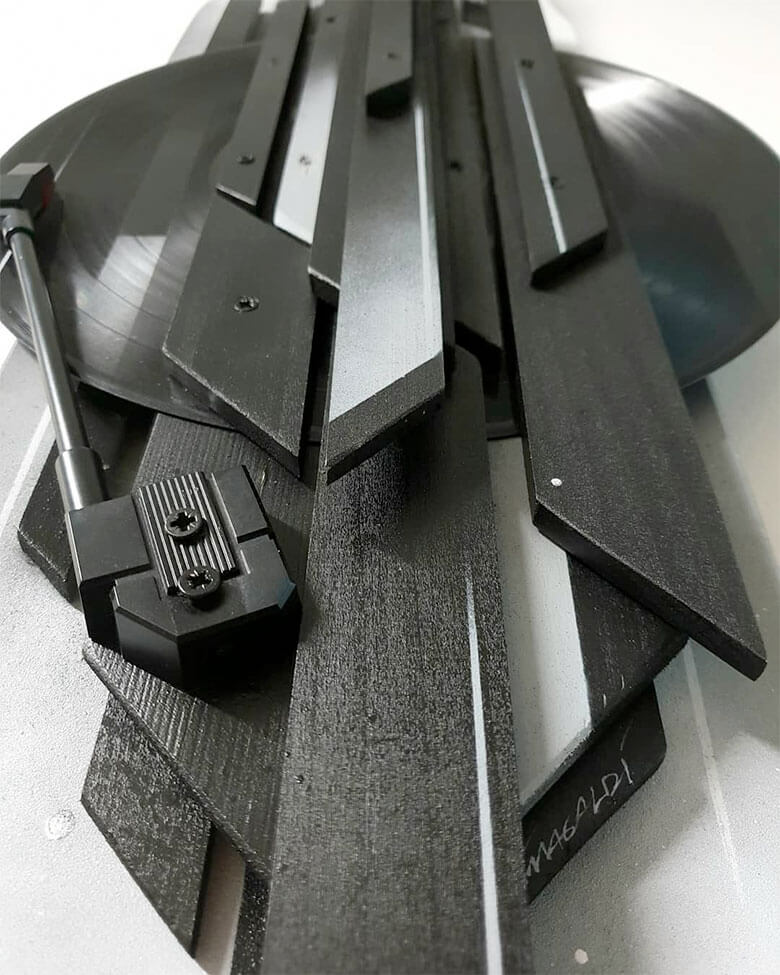 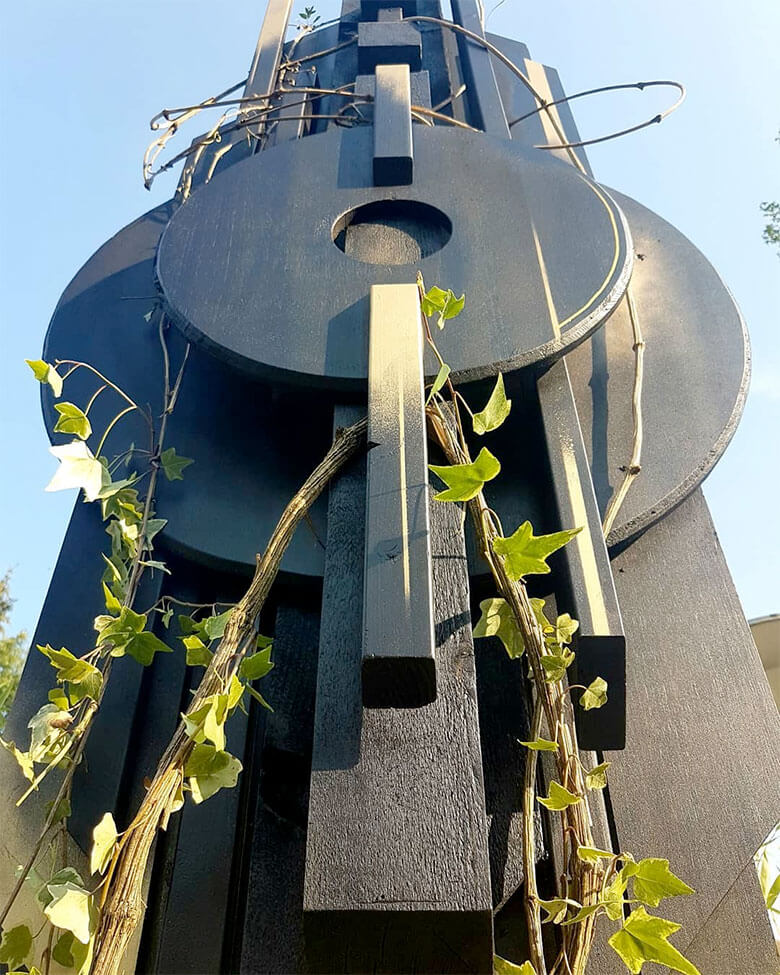 The Swiss writer with Spanish roots, Xavier Magaldi, mixed his passion for graffiti with his knowledge of mechanics that he acquired during his watchmaking studies, creating what he calls Meca-futurismo.

‘Movement, voyages through the stars, machines and his fascination with geometric puzzles such as the Rubik’s Cube (of which he has created his own models with evocative names) form Plateaus’ language and give shape to his universe.’ 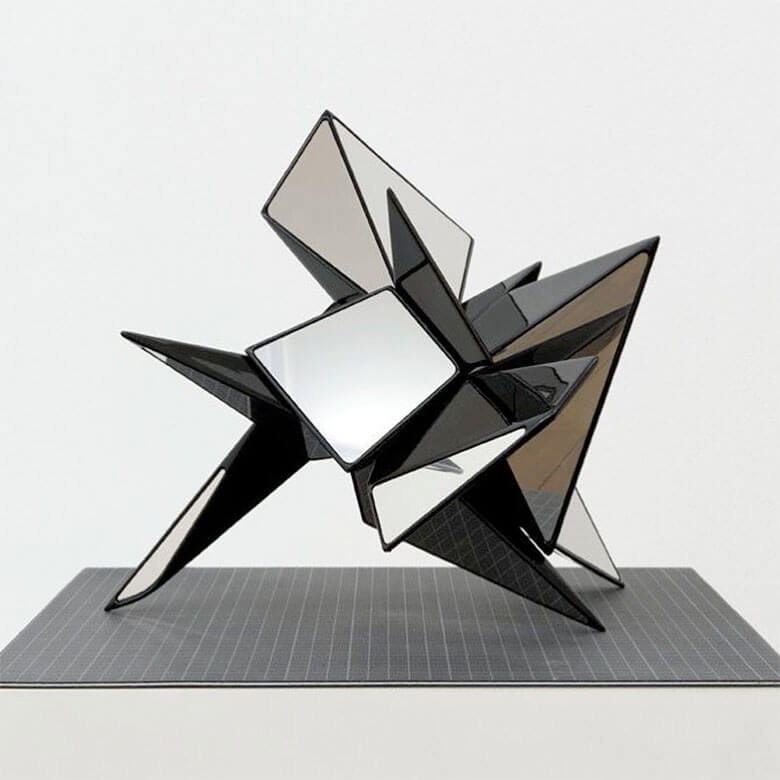 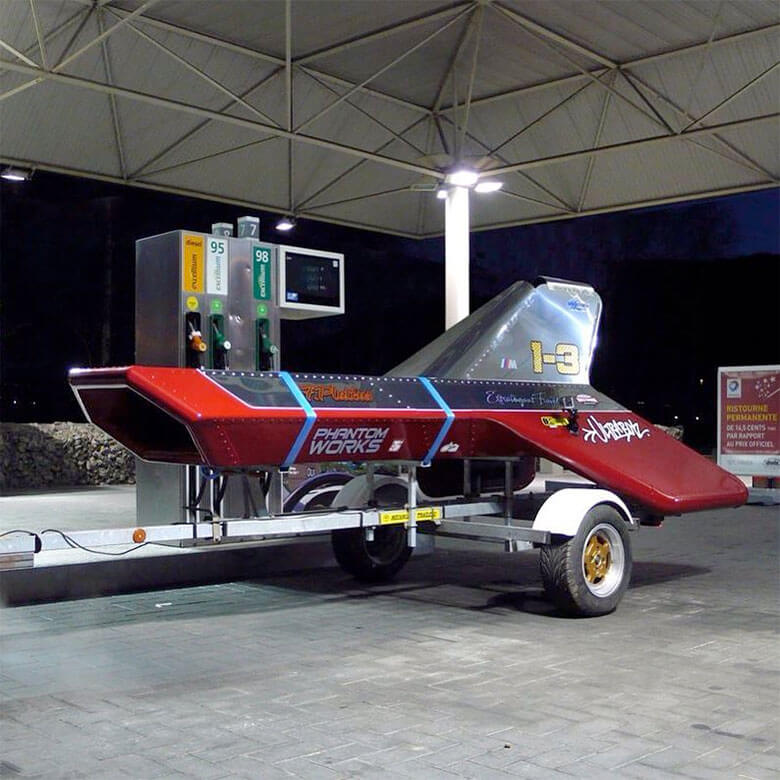 Fred Plateaus, aka Recto, a Belgian member of Ultra Boyz, moved from traditional graffiti to more technical 3D and continues to break limits in pursuit of reaching the 4th dimension. 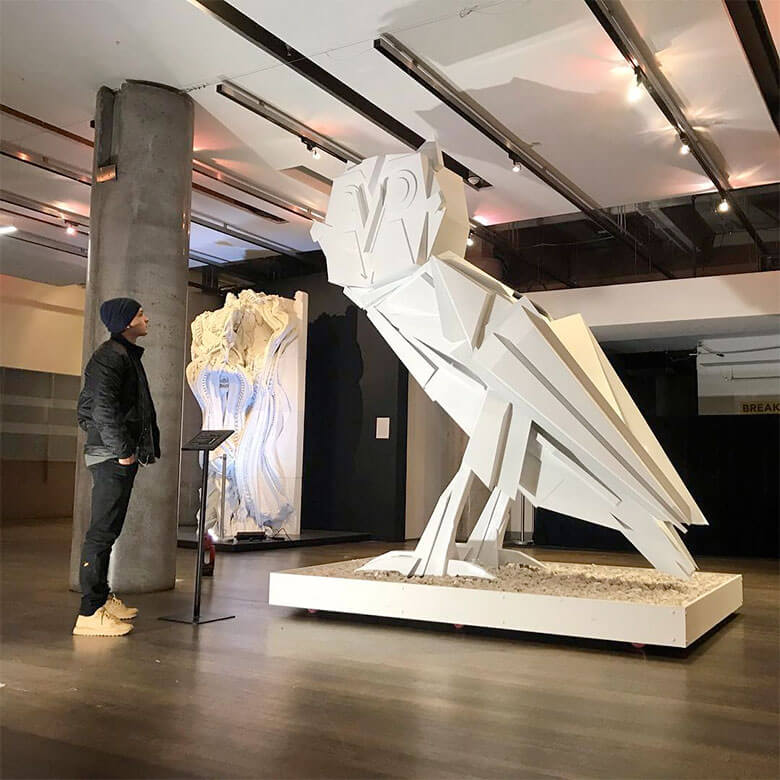 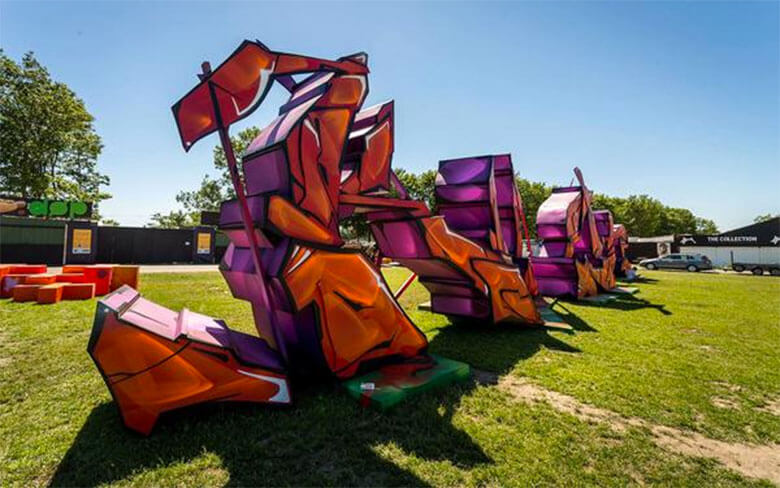 Finally there’s Kwest, from Toronto; the one who’s most devoted to traditional styls and well known not only for his pieces on freight trains, but for having made the largest graffiti sculpture in recent years in Europe.

We had the opportunity to talk to Kwest following the Spray Planet article about his latest works and floating sculptures, and this is what he had to tell us:

The idea behind the water sculpture came from a couple areas of thought, one being that I’m big into fishing. The great lakes here, are under constant attack from pollutants, and man made waste. Often these pollutants are not visible above water, enter the water system through watershed, run off from farm fields into rivers, then into the lake. The thought was to create work that was deliberately placed into the water with visible attributes, to bring some attention to the under water disaster.

The second thought was to create my work out of lightweight material, often my sculptures are extremely heavy. This would make it easier for placement in illegal locations. The idea also transfers from the many trains I’ve painted, they go across North America. So placing these sculptures in the great lake system could potentially take them out to the ocean, or where ever they may end up. As well, im always exploring new areas for collectors of my work to display my art, a few of them have ponds or pools and the floating sculpture was a way for me to conquer new territory. This was the first time i have done this type of work.  Using new mediums was a challenge, working with foam, connecting the pieces together is very different then wood or metal. 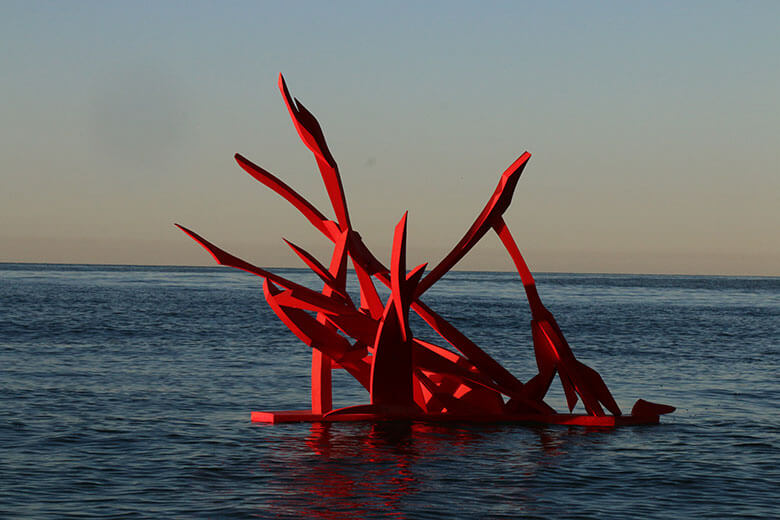 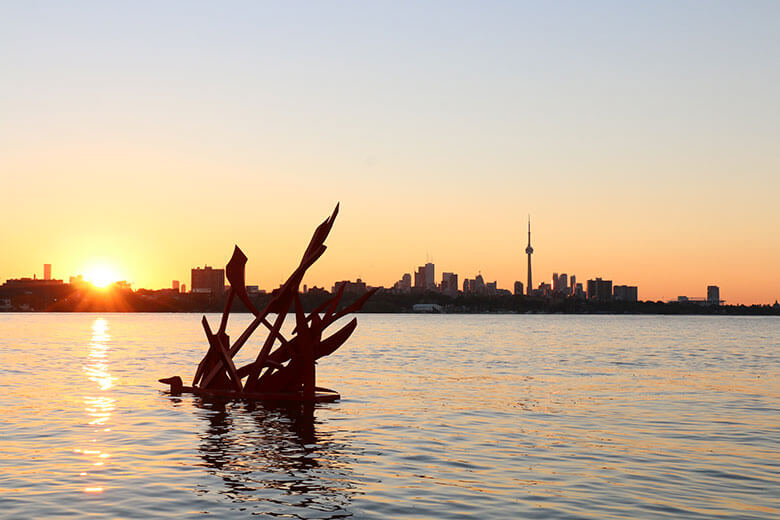