ROAMCOUCH GIVES US HIS HEART 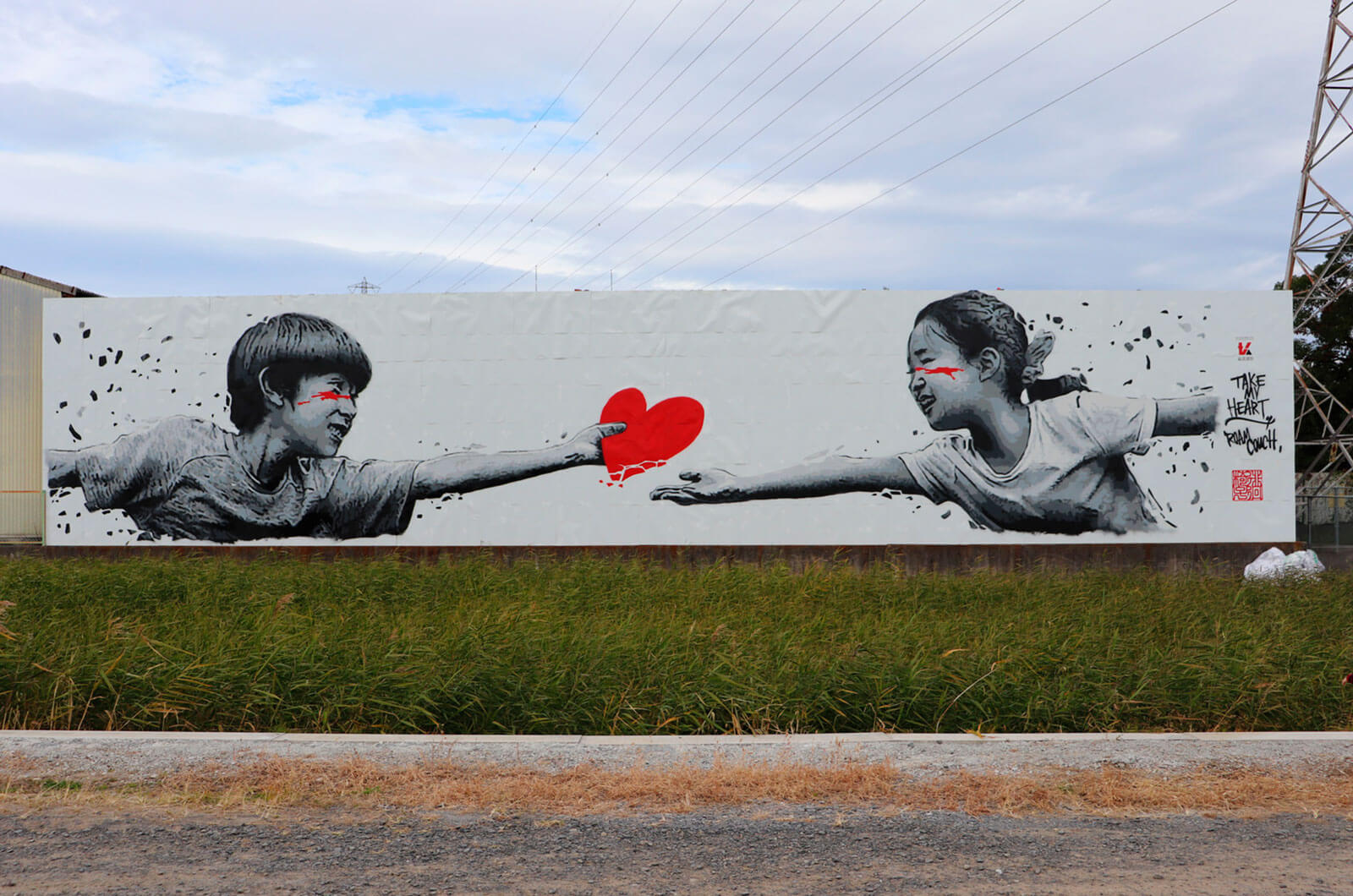 Roamcouch, an artist who we have already spoken about on previous occasions, is back in the limelight thanks to a large mural that he painted in his hometown, Gifu. Located in the Chubu region of central Japan, where Oda Nobunaga unified the country in the Sengoku period it is now considered to be a dormitory city for its neighbouring Nagoya, and this is one of the artist’s reasons for trying to illuminate and reactivate the city with his murals. 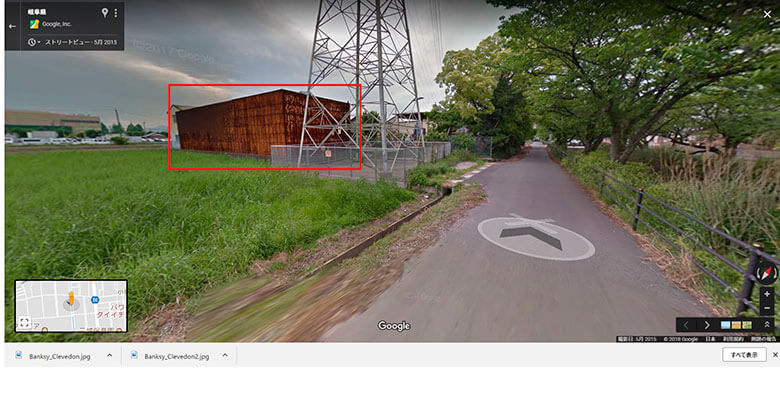 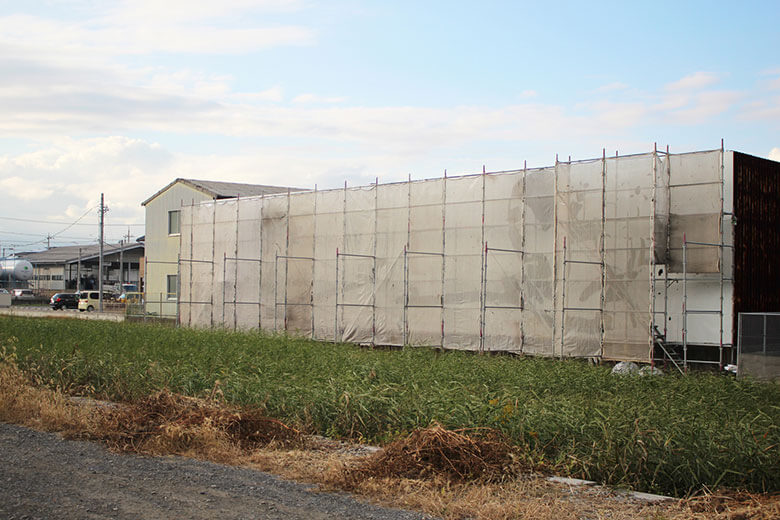 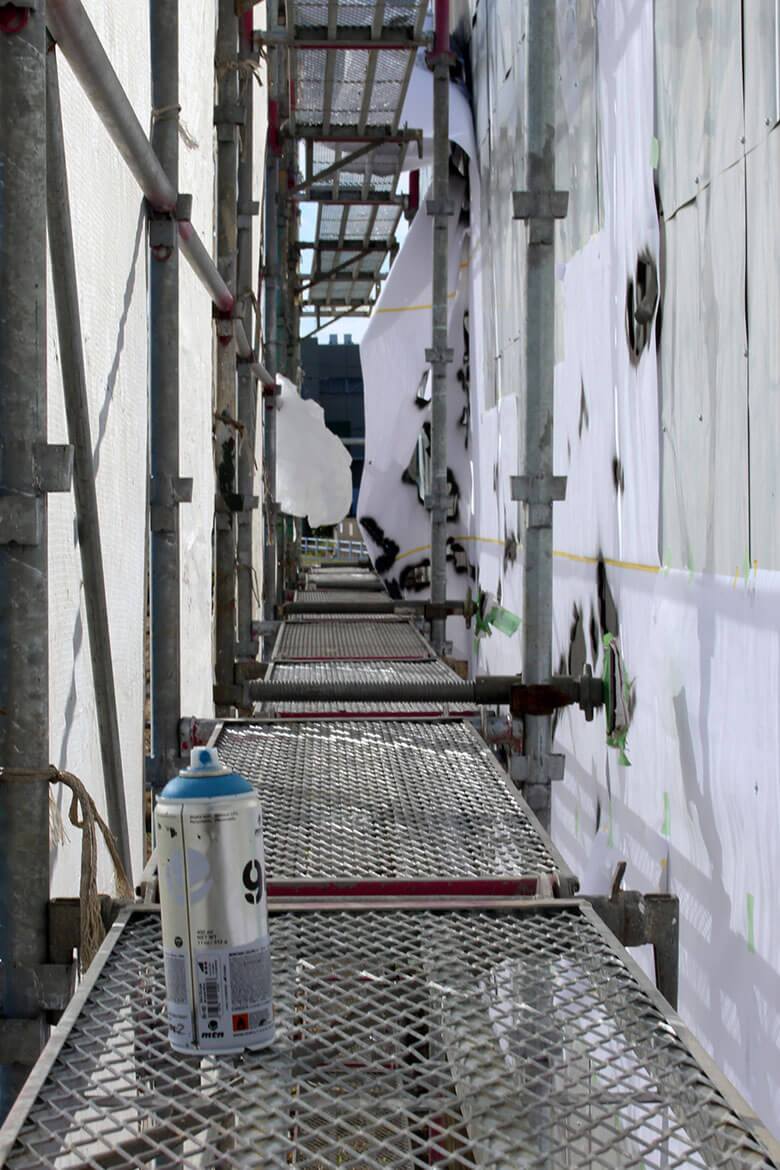 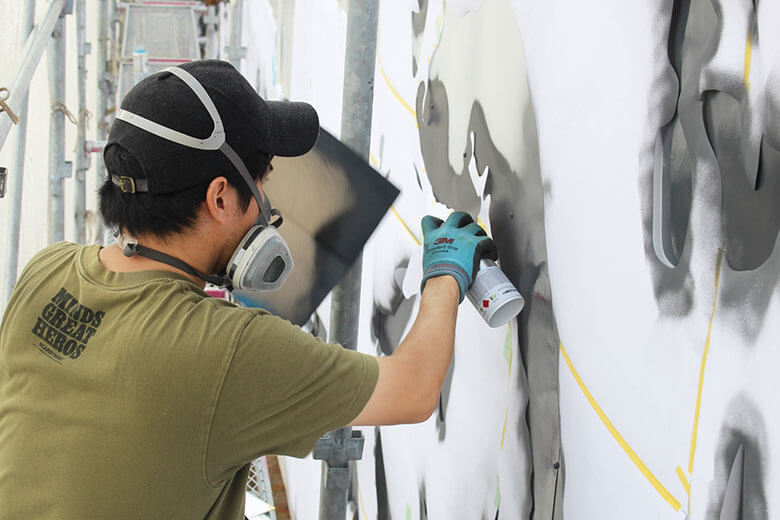 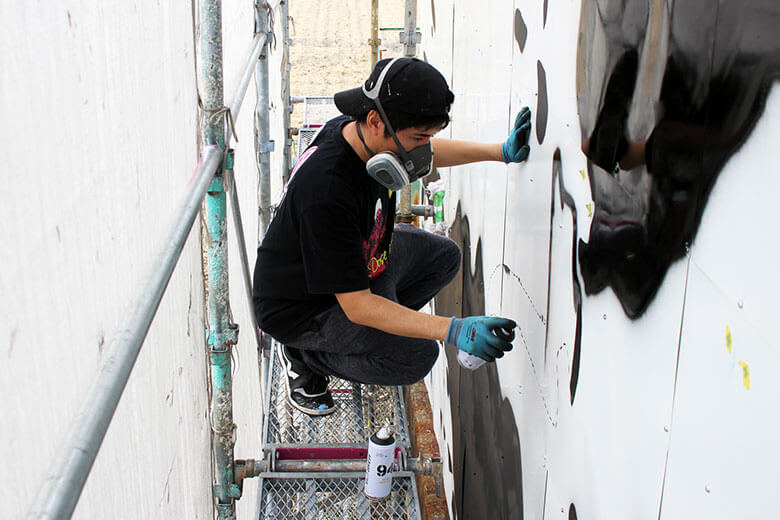 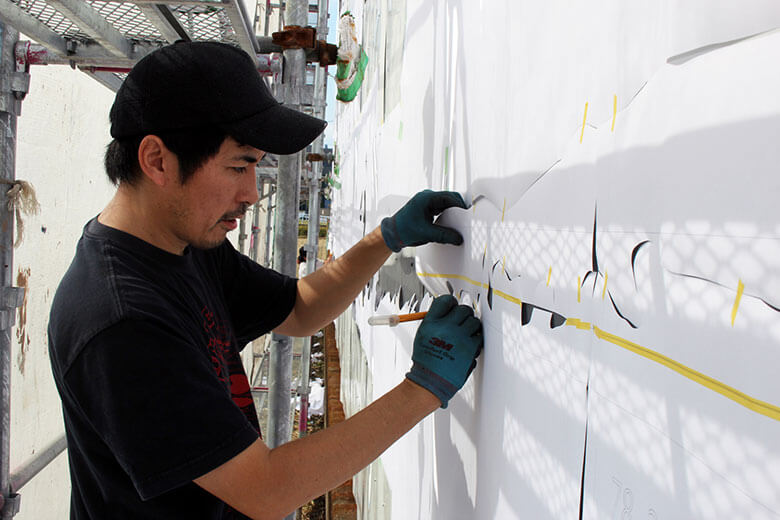 In that sense, ‘Take my Heart’, in Roamcouch‘s own words, ‘is a mural that combines traditional Japanese culture with graffiti art that I would describe as “New Ukiyo-e“. This piece is accompanied by the message that, despite the pain, we must reach out to someone who needs help. I hope this mural creates an opportunity to revitalize my city.’

The work is part of the ‘Emotional Bridge Project’ in which Kyoshin Construction and Montana Colors Japan have been great supporters. The 5.5 meter by 27 meter wall took 7 days to complete and is the longest he has painted so far, a feat that was done by using huge templates in an area that’s battered by very fast winds. 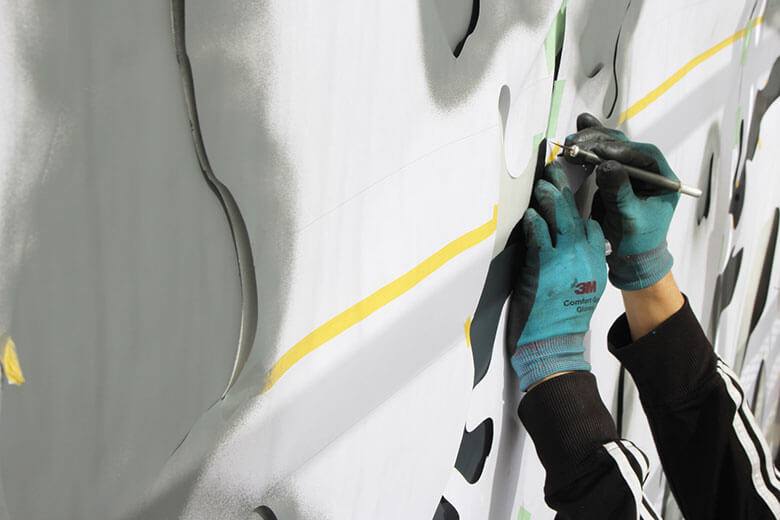 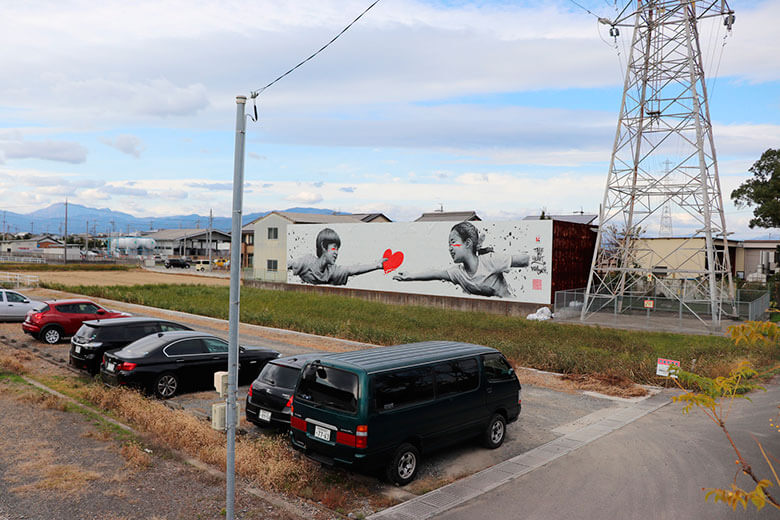 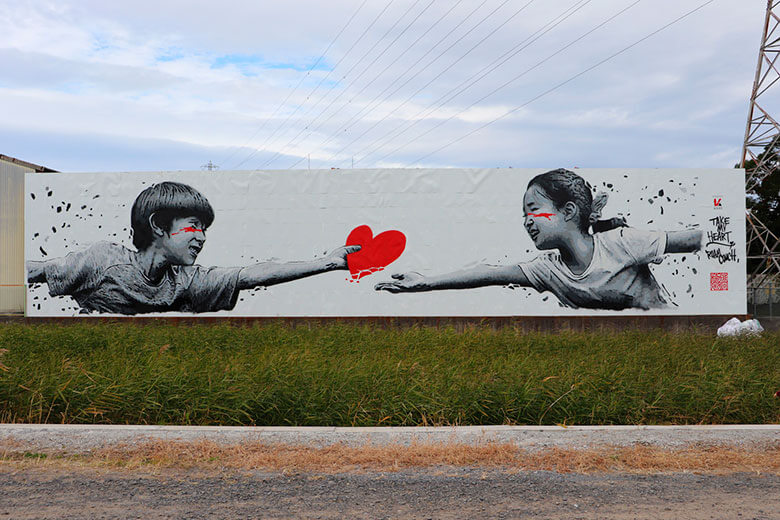 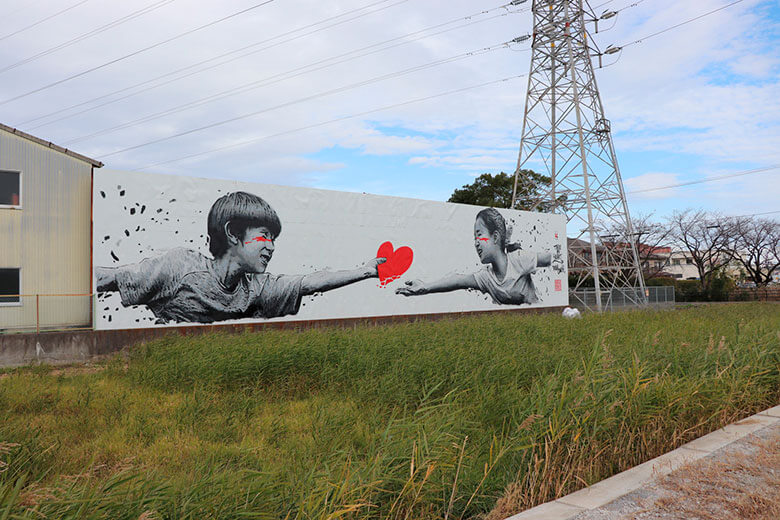 THE IMAGINARIUM OF: LAGUNA

FROM THE STREET TO THE CATWALK: AN INTERVIEW WITH APPARELSY

THE IMAGINARIUM OF: NADA