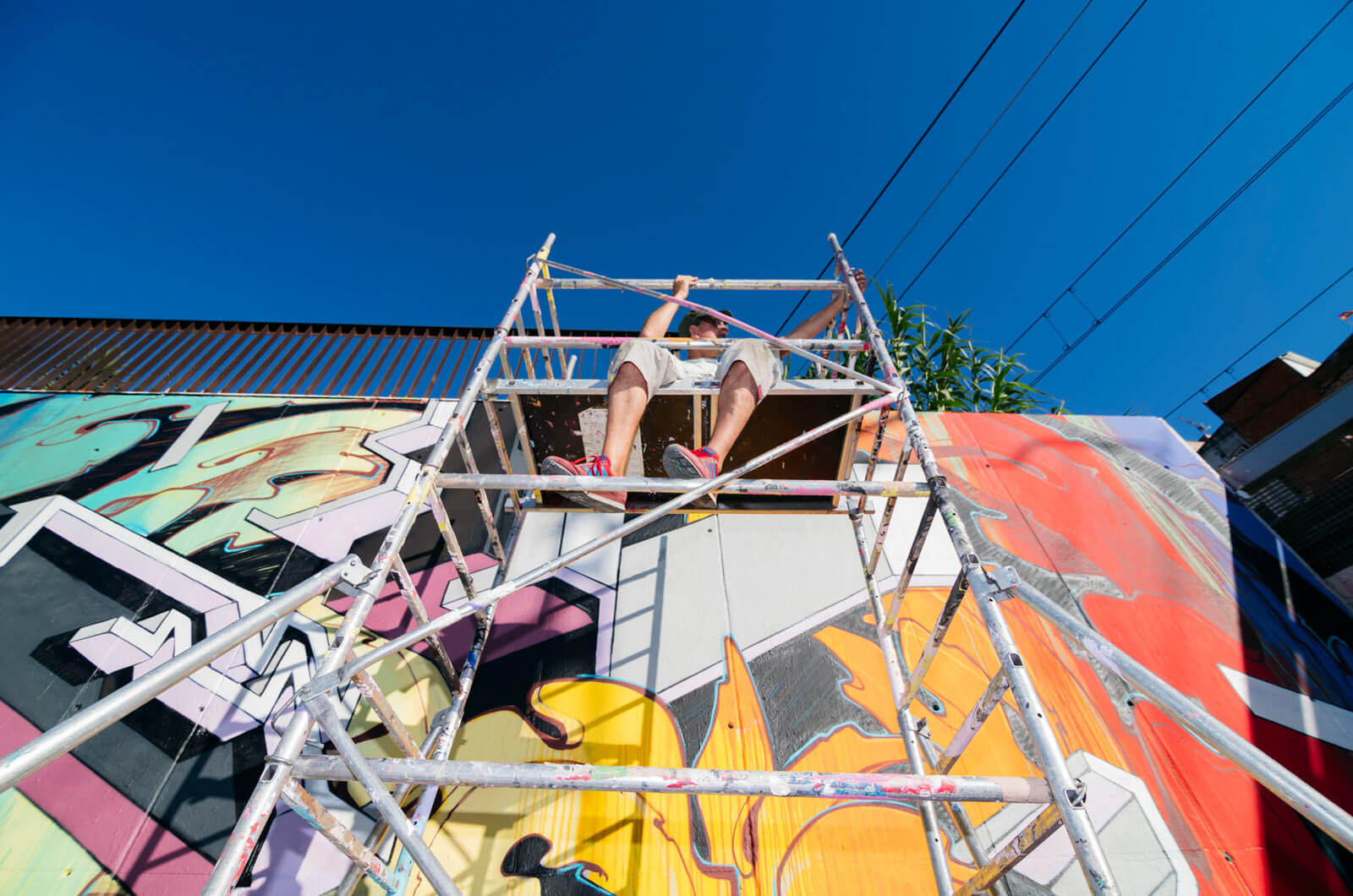 Born in Stockholm in 1972 and settled in Turin, Italy, Etnik is an artist whose activity as a writer dates back to the early 90s. His creative search has led him to expand the limits of classical graffiti through large-scale murals. This as well as organizing urban art events on a European level. Its geometric aesthetics suggest an architectural style that still fits in and blends well within the world of lettering, mixing them with the urban landscape. A personal way to create a critique of urbanism through abstract compositions.

Contorno Urbano has taken this architect to the wall of the La Torrassa bridge for one of the last chapters of the 12+1 project in its 2018 edition, as always documented by David B. Rock and Clara Antón. 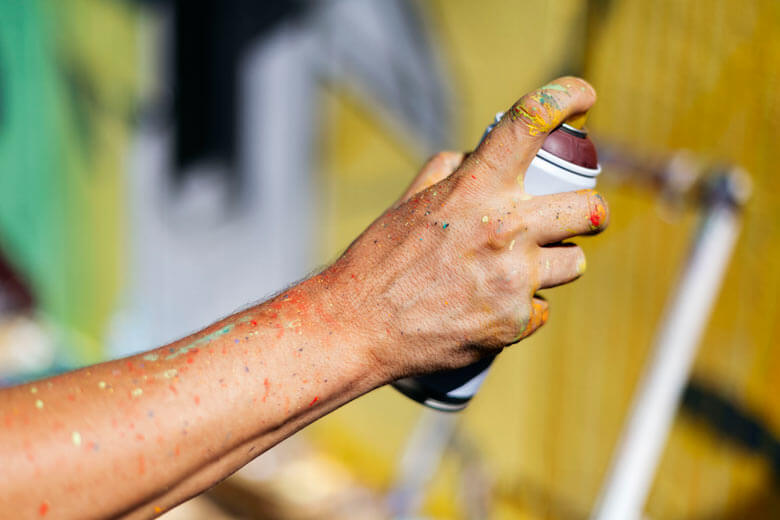 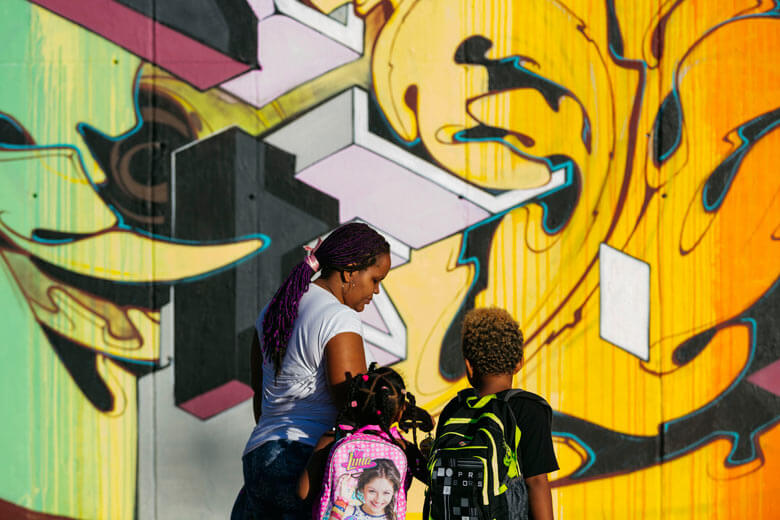 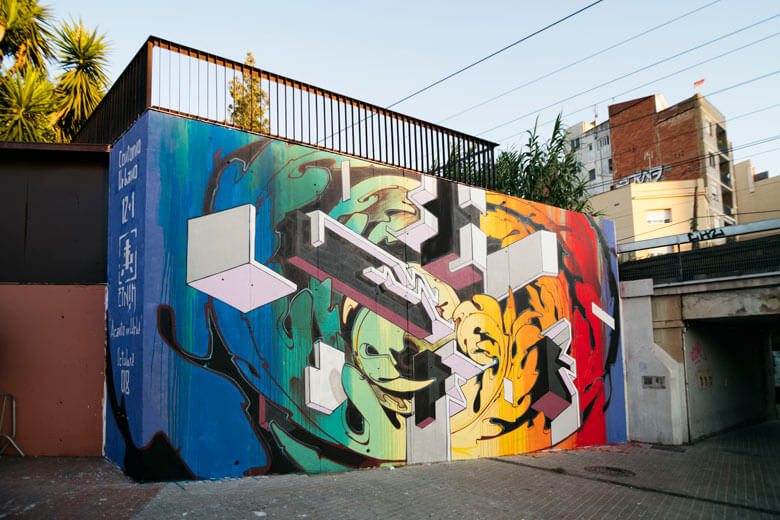 The 12+1 concept has finally broken the limits of Barcelona’s periphery to inaugurate a new location located in the very center of Barcelona. The artist in charge of cutting the imaginary inaugural ribbon has been Jay Bisual. The painter and illustrator from Barcelona has chosen to create a pessimistic point of view of urban life through friendly characters, a certain ironic aesthetic work that, through a bittersweet taste offers the spectator a reflection of the human being and its forms of social organization. As expected, the intervention has been made within the style that characterizes the Contorno Urbano projects. 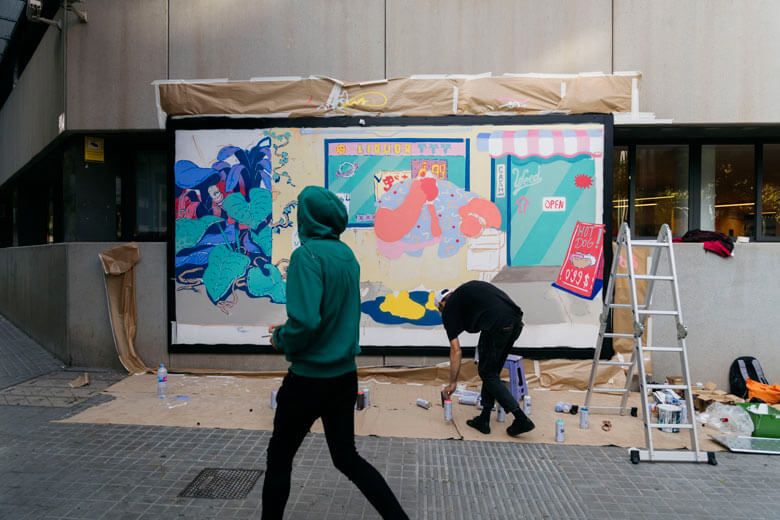 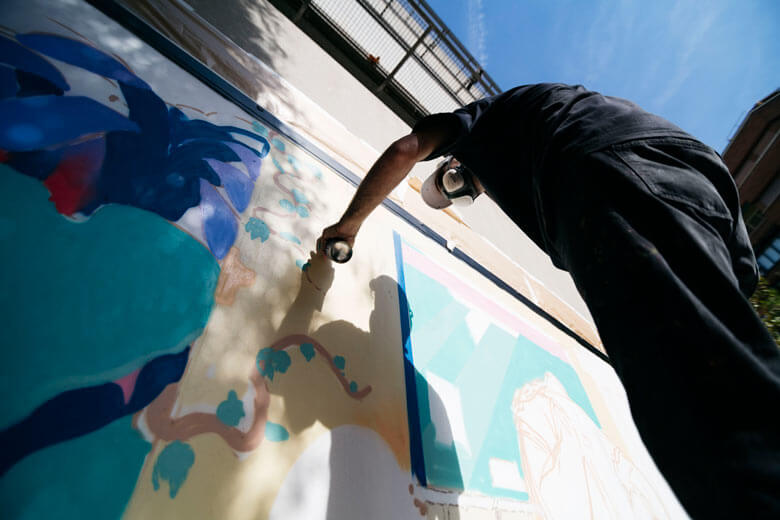 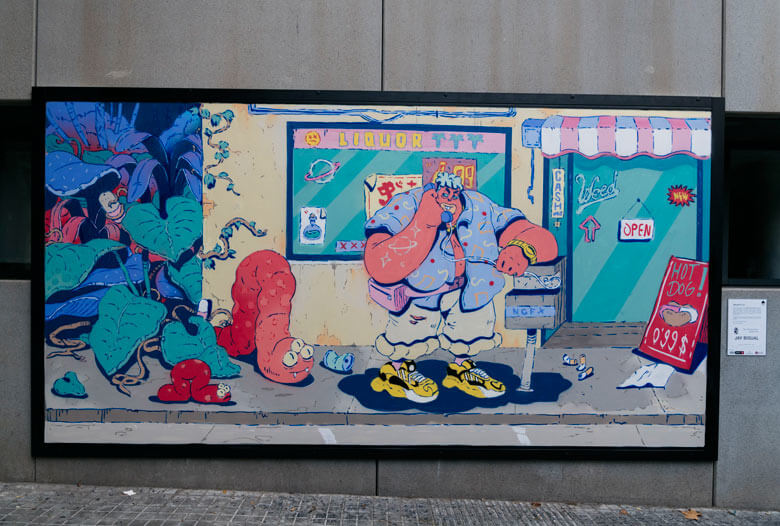