WE TALK WITH ALE VLOK ABOUT HIS UPCOMING BOOK “PATIPERRO” 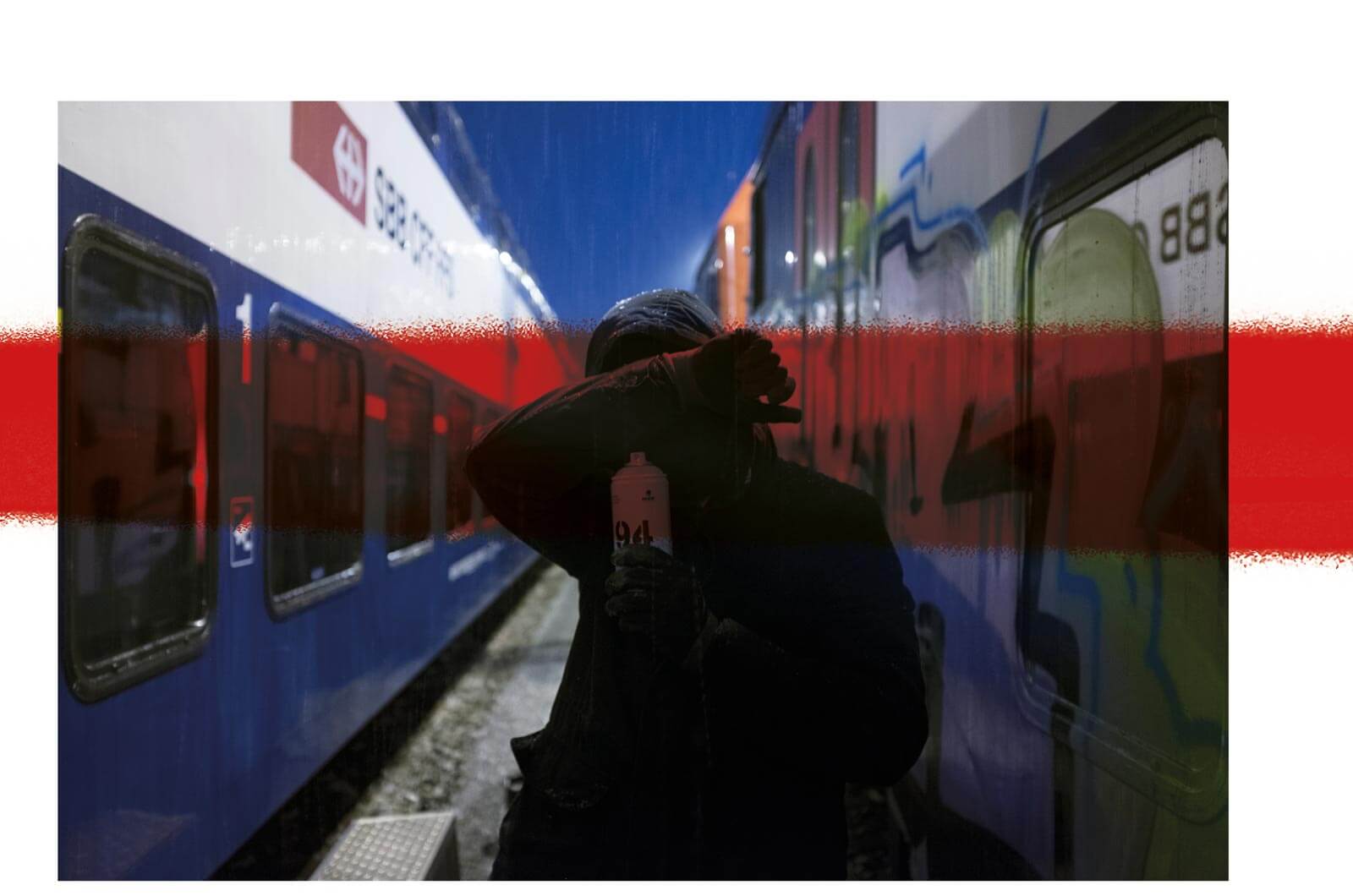 Ale VLOK is an enigmatic writer on the European scene whose risky style leaves no one feeling indifferent. His way of painting is peculiar, but so is the story behind the character, and he’s finally decided to share it with us in an editorial project. “Patiperro” is a book that tells of Ale’s experiences in cities worldwide, by means of various artistic mediums and a perspective that’s as intimate as it is aesthetically tailored.

A Santiago de Chile native, FRS is the name by which Ale was known before his arrival to Europe as an illegal immigrant in the early 2000s. The search for a better life in the Old World went hand in hand with his desire to experience train graffiti in the European tradition, which had already begun to cause a commotion in the Latin American scene thanks to the information coming in from overseas via videos such as Dirty Handz and magazines like Sikopats and Xplicit.

Once having become a dedicated train writer on the European scene, the culmination of his career has since been completed with a long list of experiences around the globe, in the company of some of the most renown train writers of contemporary underground graffiti. These adventures have been documented in his book with first-person narratives, artistic collages and above all, photographs; not only of pieces, but also of landscapes, environments, materials and portraits. 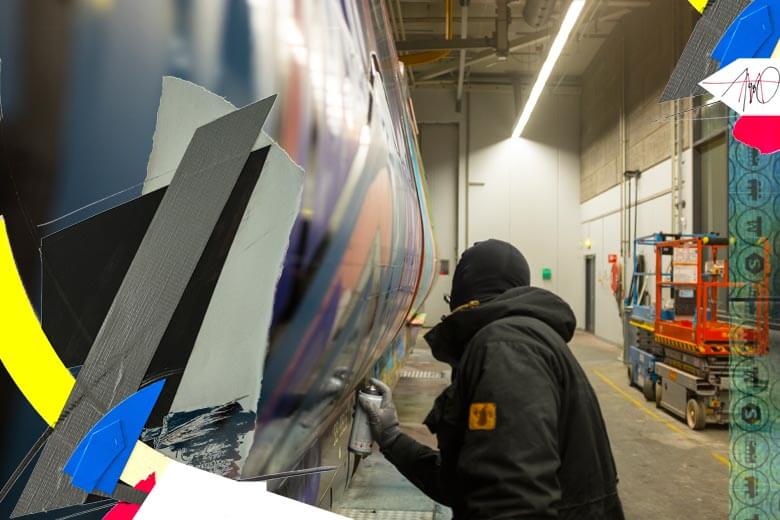 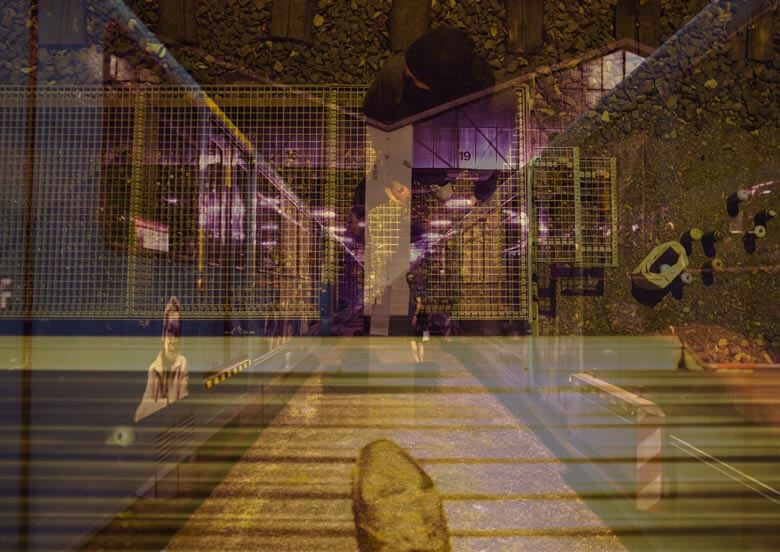 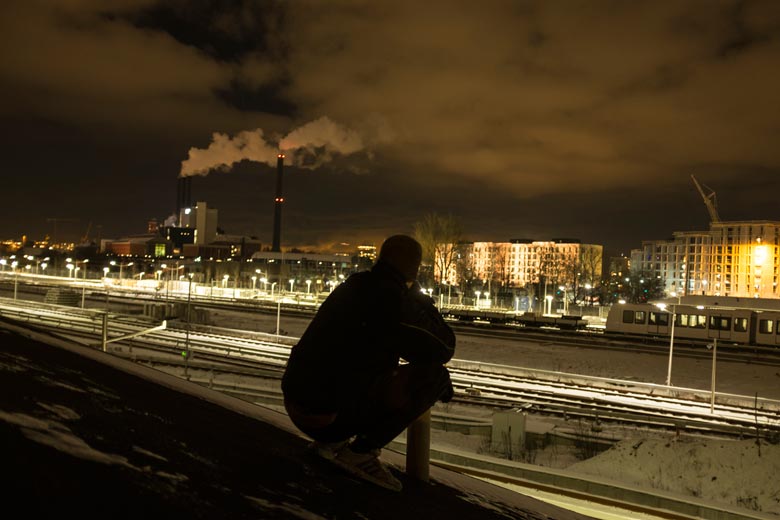 In Santiago de Chile it’s normal to see dogs, whether they have owners or not, walking the streets from side to side as if they didn’t have a home. That’s where the expression “Patiperro” comes from… it’s a word used to call restless people who like to travel.

Had you heard of writers who immigrated from Latin America to Europe before you?

I remember seeing Os Gemeos panels in Dirty Handz 2 and a whole car by them with TSK crew on a Cercanias train, but to be honest, I didn’t know any writers who had immigrated and settled in Europe.

“Of course there is racism in graffiti, because there are ignorant people everywhere”

Is there racism in graffiti?

Of course, because there are ignorant people everywhere, and coincidentally, I have experienced it all with Spanish writers; from someone who called me Chilean as a “joke” and treated me with little respect and inferiority, and who even scammed me on a job, (that was my first racist experience when I arrived to Europe), to another who “joked” that, thanks to the Spaniards, we Latin Americans had horses, language and culture. At first these things shocked me but as time went by, I learned to stay away from these people because the only thing they have to offer was bad energy and frustration.

Can you describe the book and give us a small preview of what we will find inside?

The book contains material from my last 5 or 6 years; photographs, collages, pieces, action, memories and a lot of other things… even drawings by my friends’ children that they made especially for me. All of it reflects how I have lived this past era. It consists of about 350 pages. The chapters are introduced by photos of the shoes I used in the stories being told. Those photographs were taken by Ozkar Gorgias, the inventor of this concept. The book tells many stories, as honest as possible. I don’t just explain the beautiful times and triumphs, there’s also some not so good things explained, such as when I was caught or when there has been conflict and deception with writers. My idea is to do something as authentic as possible and tell the story of how a “sudara” without papers came to Europe with big dreams and managed to rise up thanks to effort and consequence… and if I can do it, anyone can. There is still no specific release date but it will be before the middle of this year. 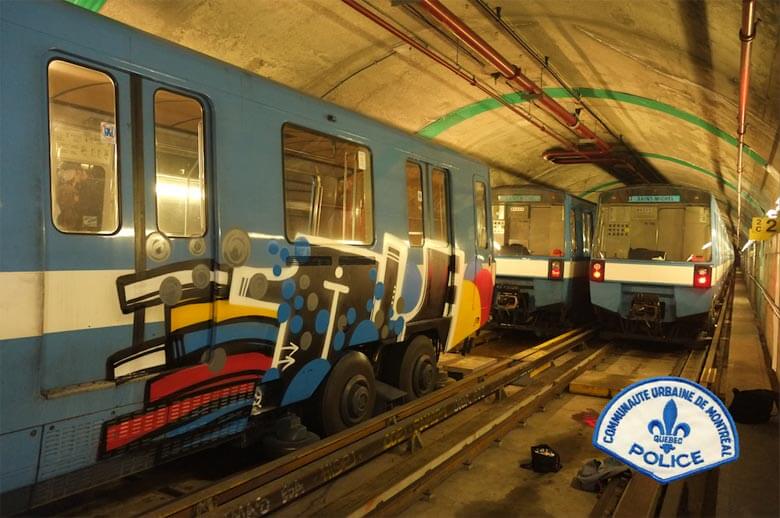 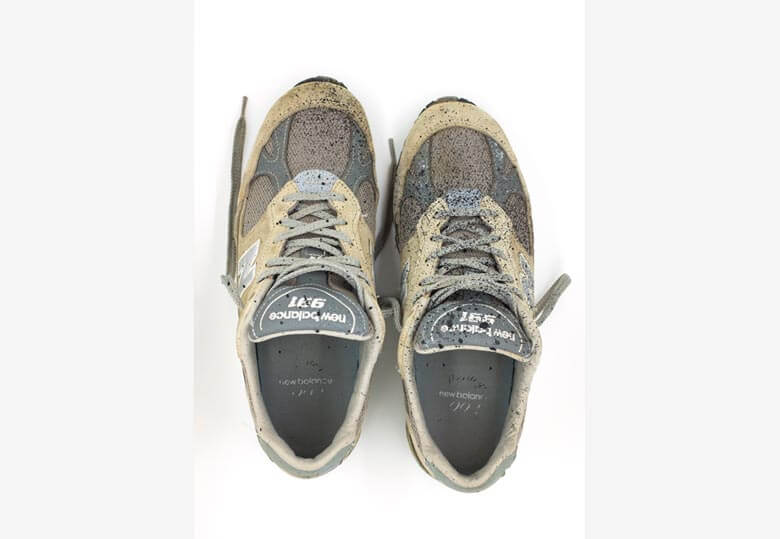 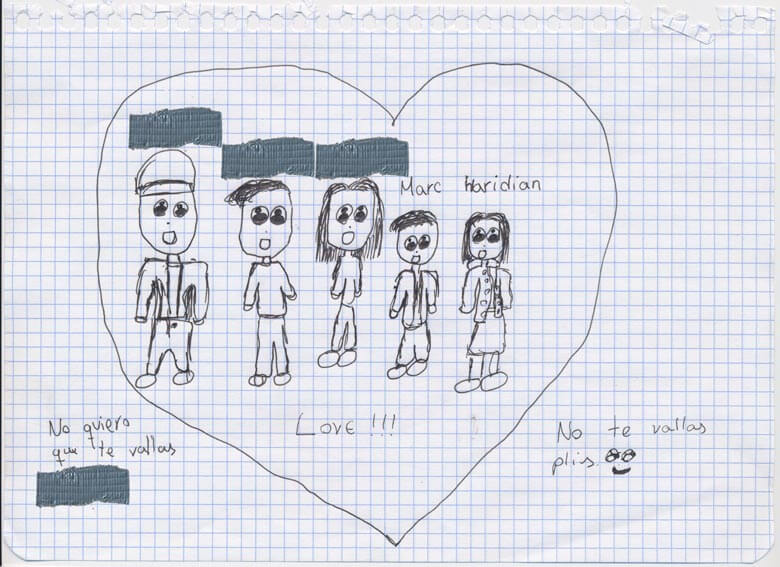 “Traveling is the best thing you can do (…) you become vaccinated against diseases like racism, classism and homophobia and you get to understand much better how the world works.” 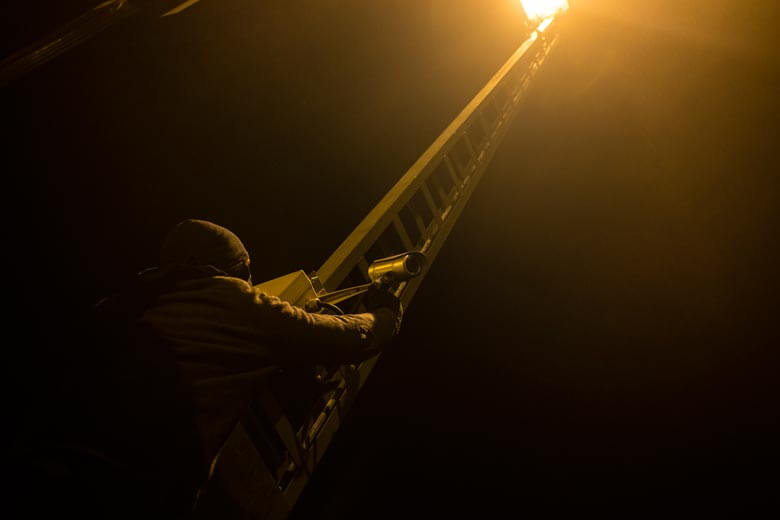 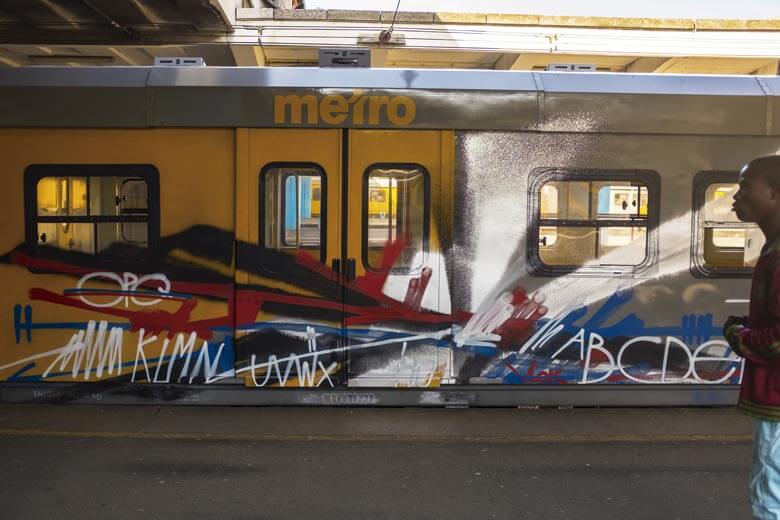 Having painted so much in Chile and Germany, why did you decide to focus only on the subject of travel?

Traveling makes for a much more varied and dynamic experience and it allows you to see the different ways in which graffiti exists, depending on the continent and city you are in. In recent years, that’s also the way I’ve been living. Much of my time is spent in other countries, not in Germany where I’ve been living now for a few years. The way I see train graffiti has changed over time and I’ve adapted it to my way of life and my responsibilities: my girlfriend, my job, staying away from the police and trying to achieve that great balance between your legal and illegal life. Unfortunately, it’s a situation that can’t last forever.

Traveling and being in constant motion has always been something that’s very important to me. Life in the first world isn’t so boring if you live that lifestyle. Traveling is the best thing you can do with money, you gain life experience, you become vaccinated against diseases like racism, classism and homophobia and you get to understand much better how the world works.

“It’s better to be a happy toy than a bitter king.“

I don’t know. Actually at my age, merit in graffiti isn’t something that’s so relevant to me. At one point it was, but now all I want is to enjoy graffiti with my friends and document those moments in the best way possible and continue to be happy with what I do. It’s better to be a happy toy than a bitter king.

What role do the characters you portray play in the book?

They are very important because without them this book would not be possible. Some of these people are like brothers to me; our friendships surpass trains. I don’t even talk about graffiti anymore with them and share things that are much deeper than painting with them, and thanks to some, I am where I am now.

“Now, the photos are almost more important than the pieces from some periods and I like it that way, that it transforms and isn’t monotonous. It keeps me motivated.”

Photography has almost more priority than the graffiti pieces. Do you consider yourself more of a photographer than a writer?

It’s a dilemma for me and makes my life as a writer more fun since you always have 3 choices of how to live out the moment: take photos, paint, or if you want, both at the same time. Photography renewed my love for graffiti and made my graff take a different path. Now, the photos are almost more important than the pieces from some periods and I like it that way, that it transforms and isn’t monotonous. It keeps me motivated.

What are the three chapters of the book that are most special to you?

-Barcelona: it was the first city where I lived in Europe, where I started to build everything from ground zero and also, where things started to change. There are still people who I hold very close to my heart there.
-Capetown: For the fact that it’s so exotic painting trains in Africa. It was an incredible experience and also because in this city I showed the Montana Colors people the first serious mock-up of the book. Those meetings generated very good ideas that greatly improved the project.
-Cologne: A few years ago it was a very special place for me and left me with some very nice memories. I think it’s one of the places where I’ve enjoyed graffiti the most in my life. 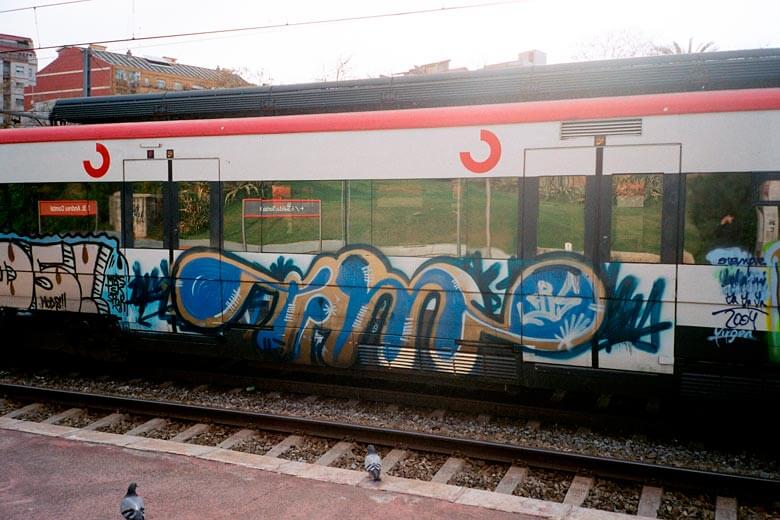 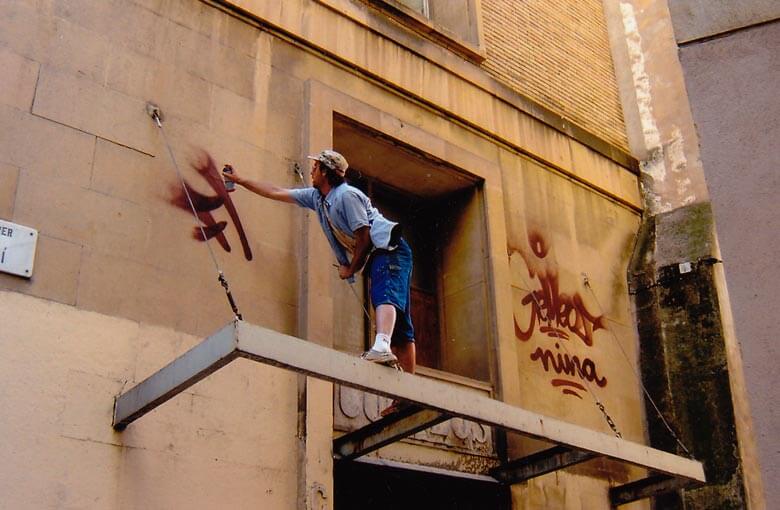 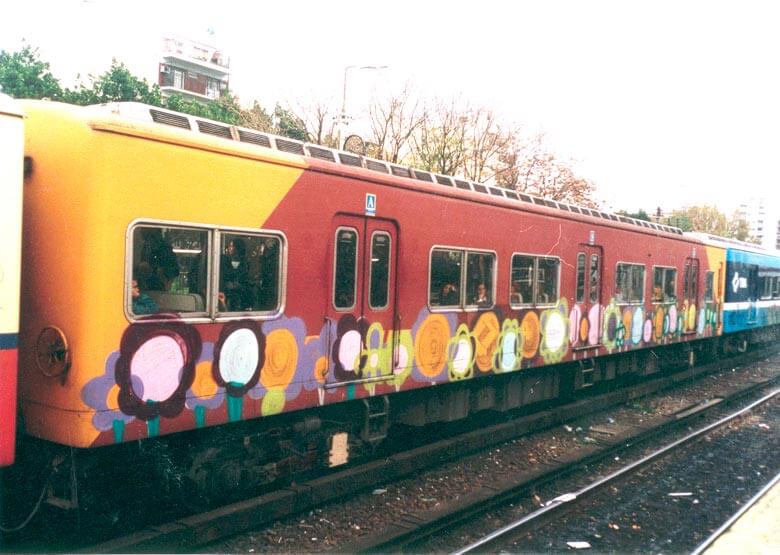 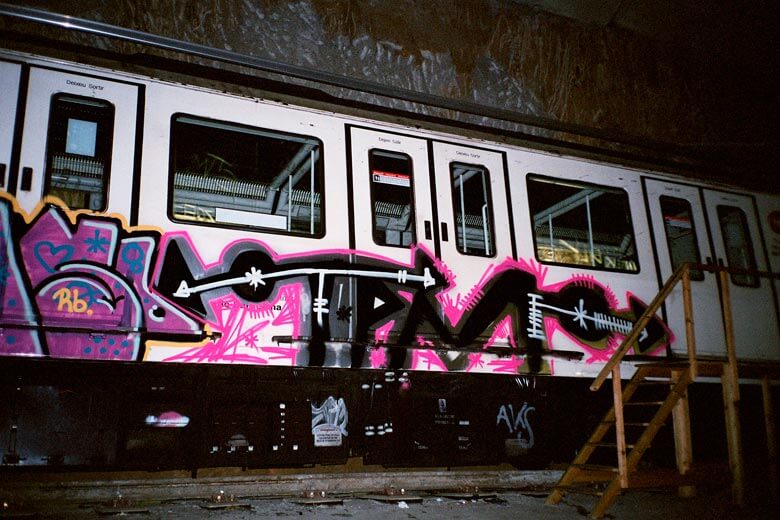 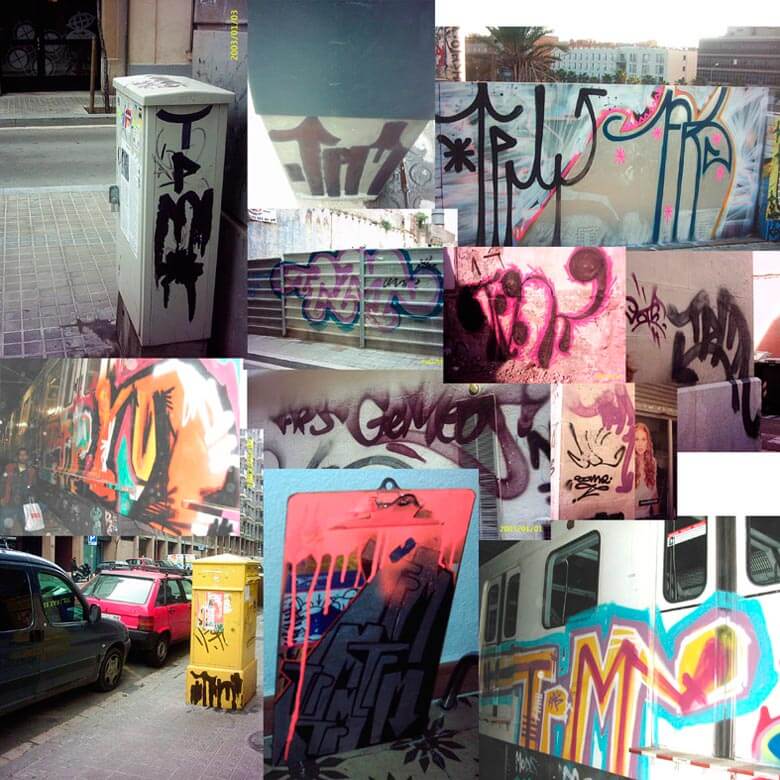 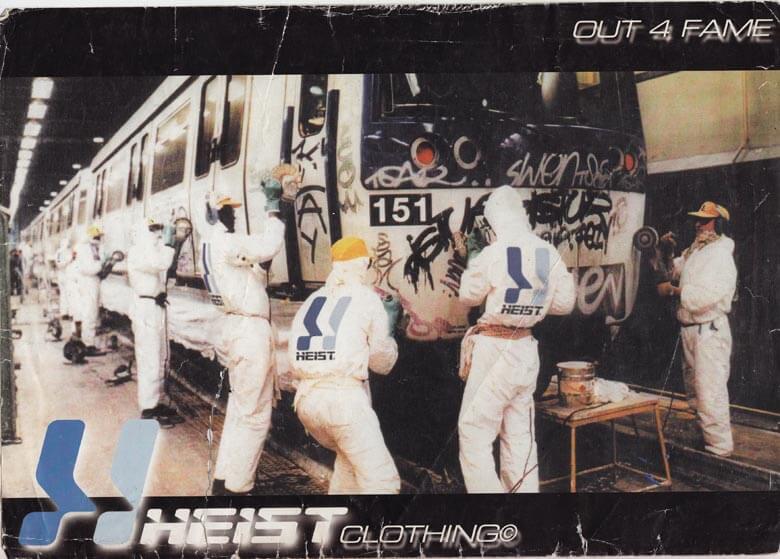 Let’s talk about the video you released. Can you explain your idea to us? Who participated in it?

The idea of this first teaser was to show a little bit about where I come from, to explain the name of the book, and to show some of the things I did in Chile as well as a lot of stuff that inspired me at that time and brought me here. It’s quite nostalgic. It made me remember many things that were very hidden inside me and it felt very good to get them out, reunite with the place where I was born and review what we did during those years for graffiti in Santiago.

Tomas Alzamora participated in the teaser, Loostbeats did the music and Jonas Sanche, did the voice-over. They’re all Chileans. I’ve enjoyed working with these guys a lot, at times they made me feel like I was back at home. I can’t forget David B. Rock, who edited the video with a very nineties, yet at the same time, modern aesthetic. It was also a pleasure to work with him.

In the video you can hear a farewell phone call message before starting the journey that would change your life, and it’s interpreted by Jonas Sanche. Is that fictitious call meant for a particular person?

It was for Sick 888, he was my mentor. For me he is a very special person in my life, one of those who have left an impression on me to this day. I am very happy to keep in touch with him even now. Deep down, I wanted to thank him for his friendship and for showing me graffiti in such a special and advanced way for the time. He lived much of his life in France because of political problems and when he returned to Chile he arrived with a great deal of knowledge that caused him to be light years ahead of us. I remember that I didn’t even know how to do a tag and he was already painted things of the highest level. Without a doubt he is my greatest referent, and Vino too. I have to say, that the idea of the call came from a talk with the Barcelona photographer, Germán Rigol.

“I don’t intend to pay the bills with this book or live off graffiti in the future. (…) I prefer to have a normal job like everyone else.”

How do you think this whole project will be received on the Chilean scene?

I’m not too sure, it’s been so many years since I left and since visiting Chile that it’s possible many people and new generations don’t know who I am and what I was part of in the late 90’s and early 2000’s. But we’ll see about that. What I would like is for people to have access to the book and to be able to look at my work and read my stories. That’s enough for me.

Will this book mark a turning point in Ale’s career?

I don’t think so, it’s graffiti on trains and it’s very anonymous terrain. Also, there are no big labels or brands in on this, because as we all know, it’s difficult to support illegal acts. That allows this to continue working independently. I feel fortunate that companies like RedBull and all those shitty brands that finance projects to be part of something that doesn’t belong to them, aren’t getting involved. I sincerely believe that my life will continue on as normal as it is now, and that’s the way I like it. I don’t intend to pay the bills with this book or live off graffiti in the future. For me, that’s impossible. I don’t want to use my life passion as a tool to earn money, because if I did, over time it would cease to be something special. I prefer to have a normal job like everyone else• 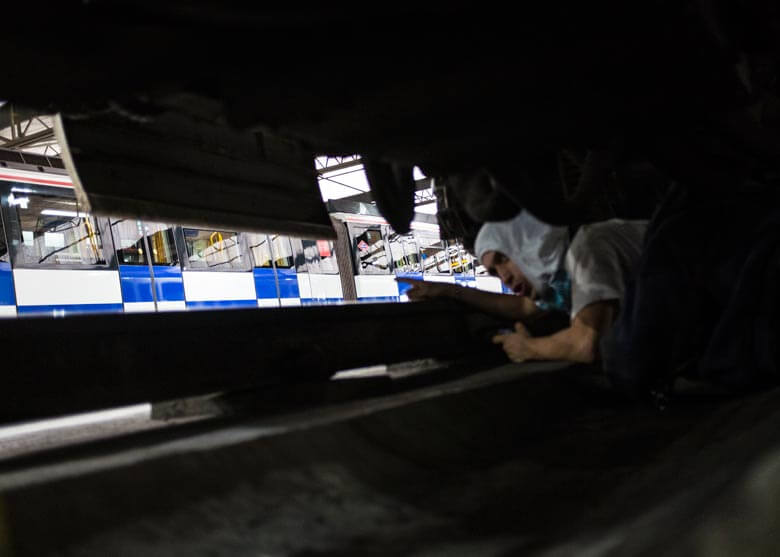 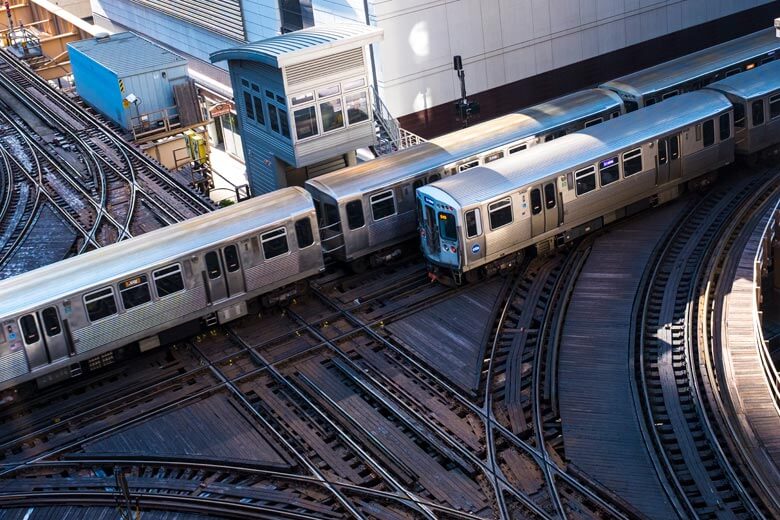 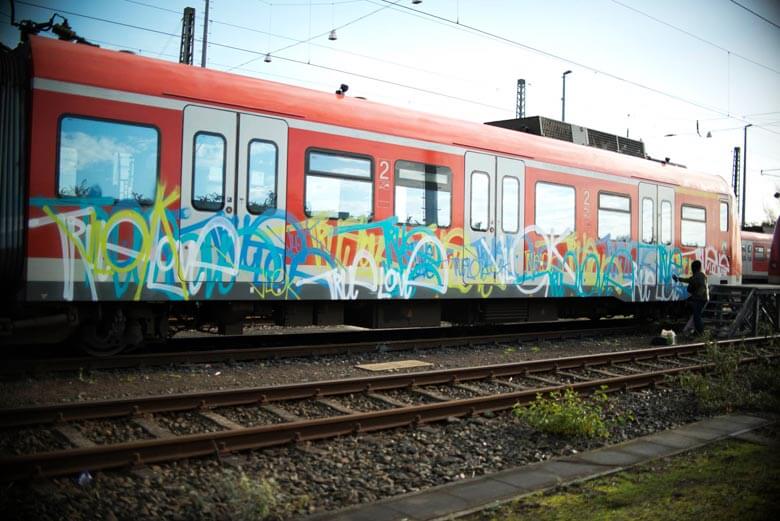 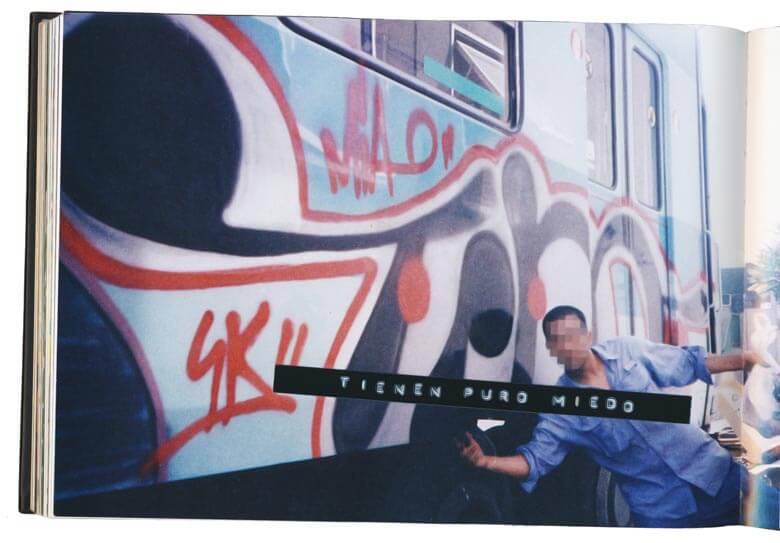