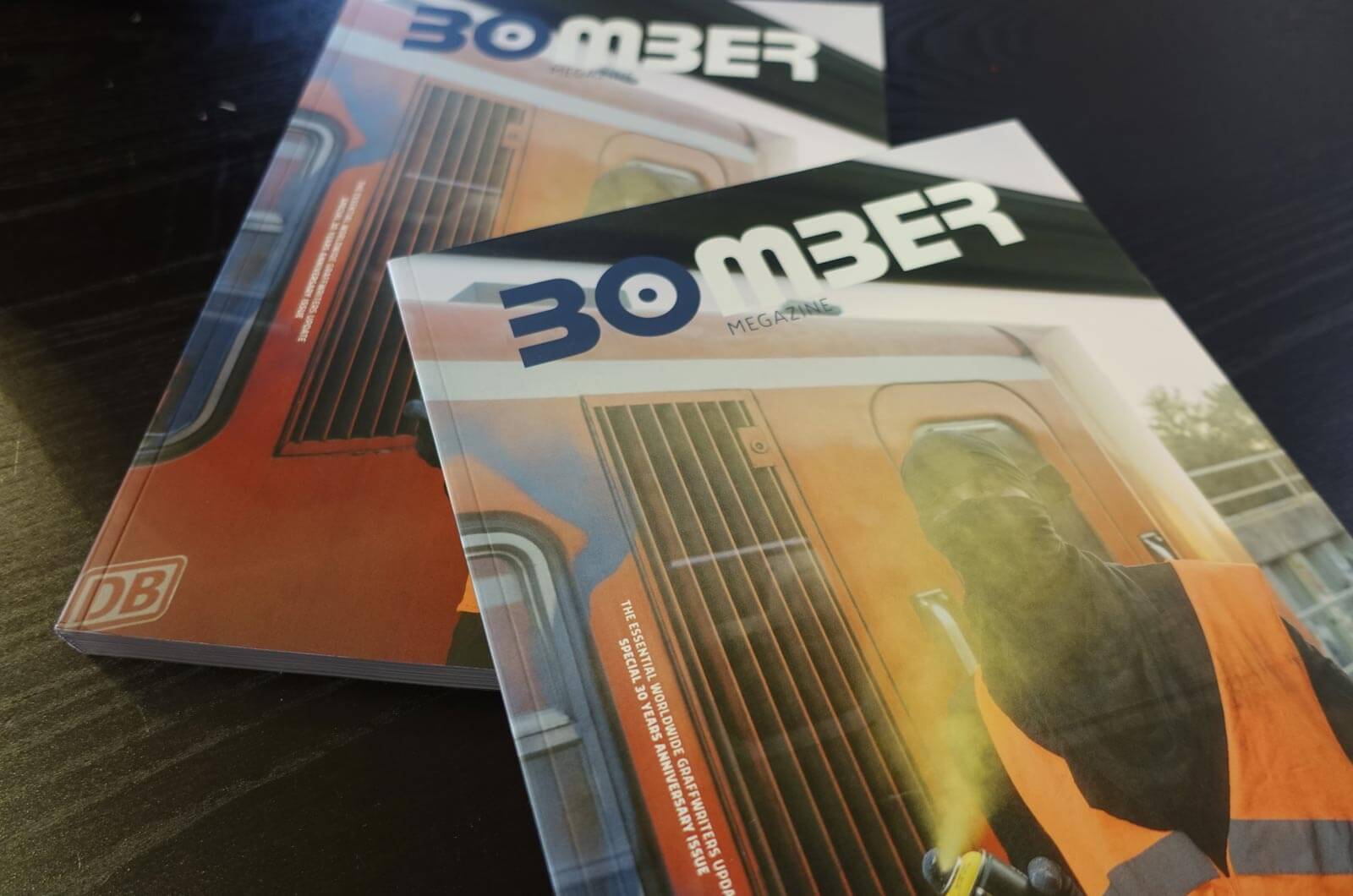 Everyone knew the Dutch magazine BOMBER was up to something big to celebrate its 30th anniversary, but very few could imagine such a sensational result. Without exaggerating, it may very well be one of the best ever published in the history of European train graffiti magazines. 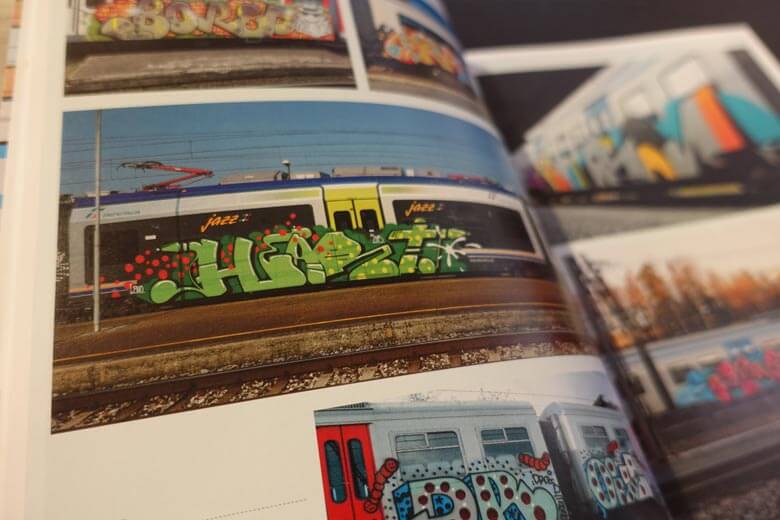 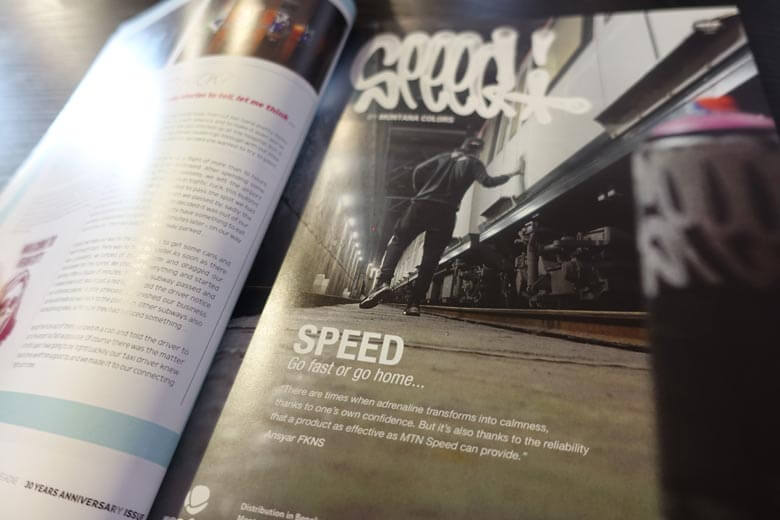 To begin with, its 320 pages make this issue a generous edition, and the vast amount of material makes it feel more like a book than a magazine. That’s why summarizing its content is already a difficult task.

As in any respected train writing magazine, this Bomber issue has sections that compile pieces by different writers, grouped by subject: Dutch trains, international trains, international metros, walls, street, etc. In all the sections the selection is exquisite, but the new pieces of Heart and Swedish productions by writers such as Slod or Kairo on unique subway systems such as the Tbilisi one, are particularly captivating. 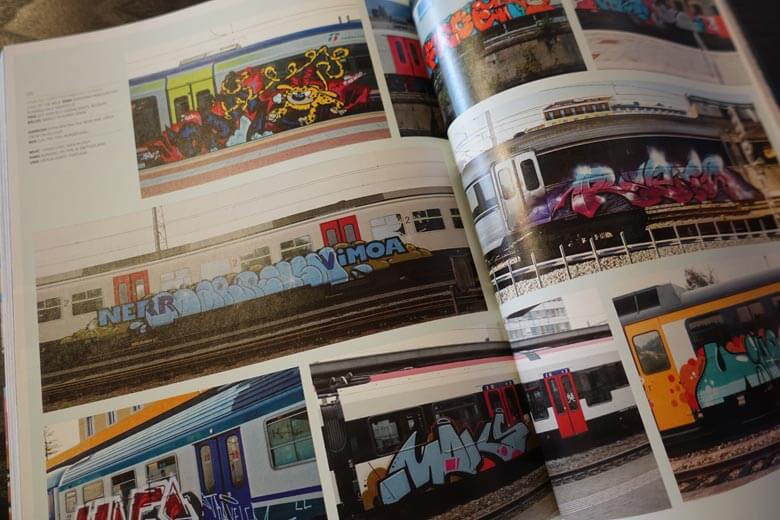 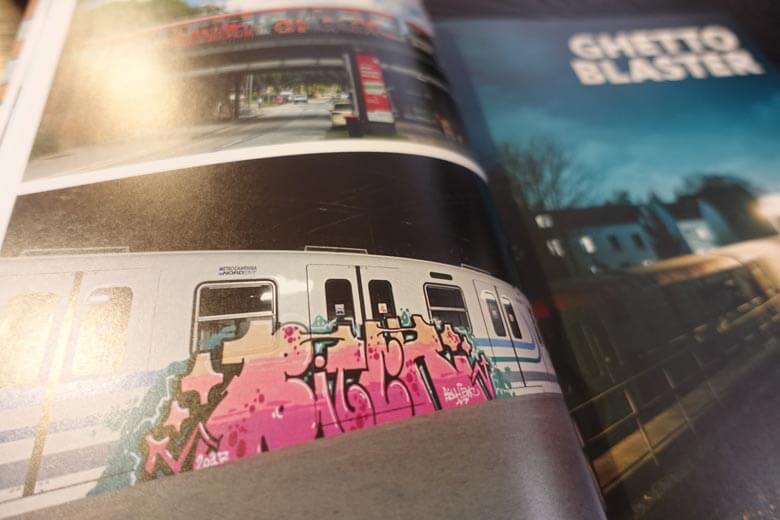 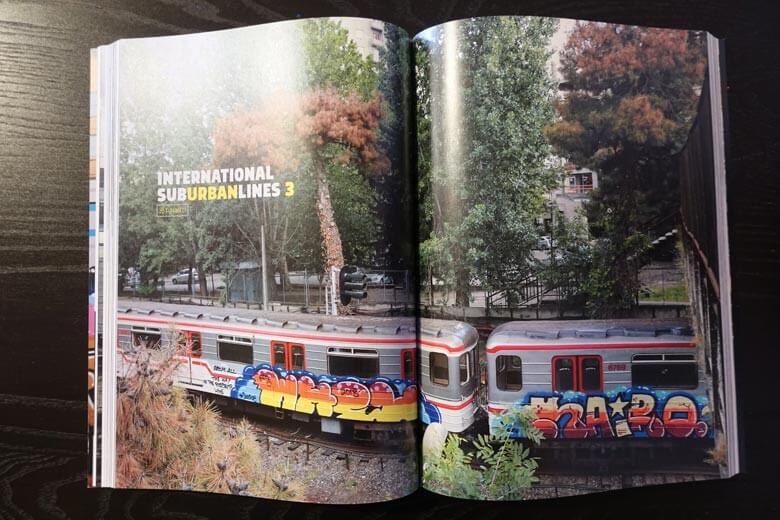 As for the spectacular cast found in the interviews and specials sections (GBR, Smet AOD, Skel, DEFS… etc), it’s worth noting the extensive report on Tripl, aka Furious, whose creative productions go beyond the conceptual limits of graffiti on conventional trains. The article about the Swede, Dart, is also worth mentioning for the quantity and variety of photographs of perfectionist pieces the writer brings out for the occasion. But, without a doubt, the icing on the cake in this case is Suicide, with an impressive metro system repertoire that ranges from Yerevan to Moscow to Shanghai. 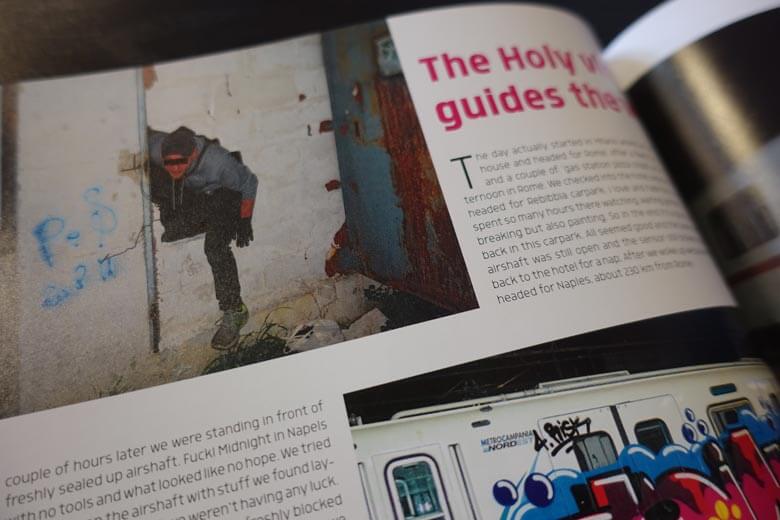 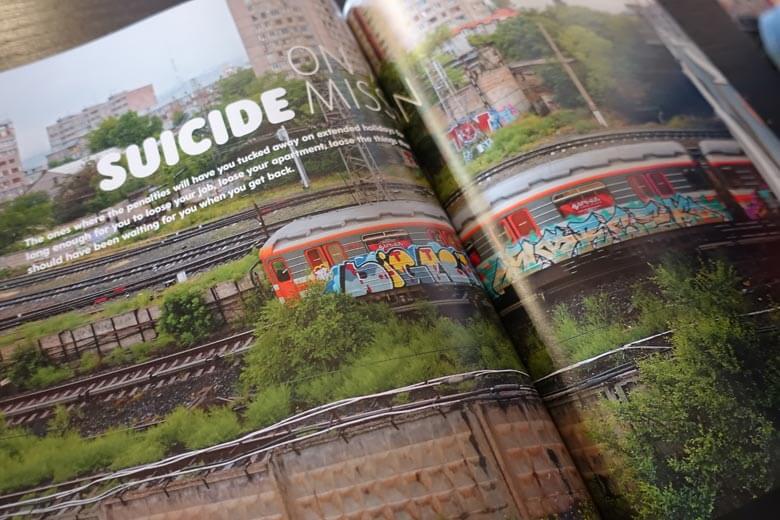 In such a long publication, nostalgic tributes couldn’t be missing. On the one hand, Amsterdam legend, Rhyme reveals a solid handful of photographs with a pleasant, matured taste. Bomber didn’t want to miss the chance in this special issue to pay tribute to Risk; they brought out an interview with the late Finnish writer from their archives, accompanied by a generous selection of pieces and tributes of all sorts. 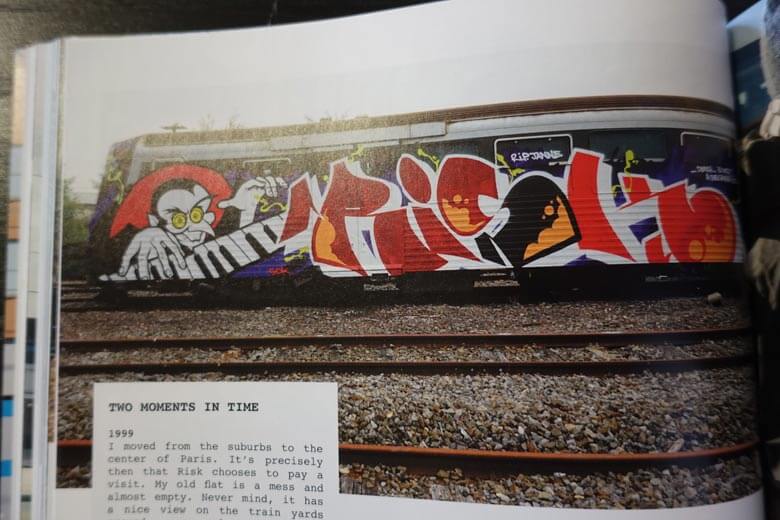 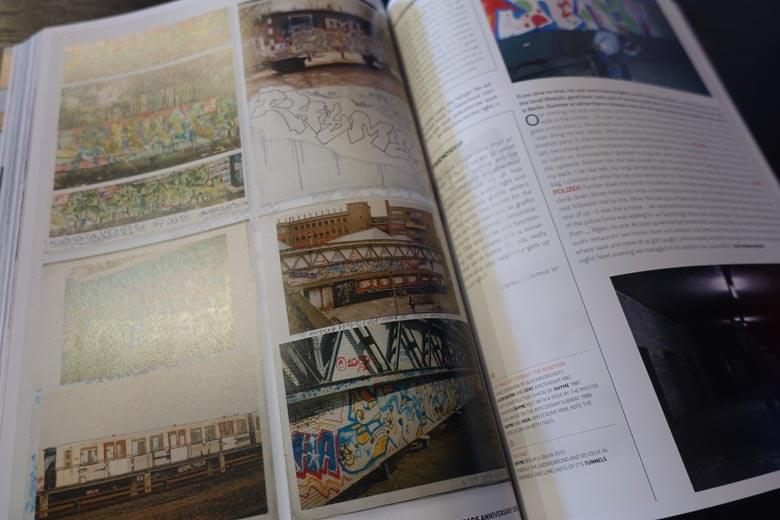 But, that’s not it! This issue surpasses the limits that magazines of this genre have accustomed us to by interviewing distinctive individuals such as Craig Castleman, author of the famous book, “Getting Up”, Dr. Guau, a renowned German lawyer who specializes in graffiti, and a feature on “Spotters”, voyeur graffiti fans. 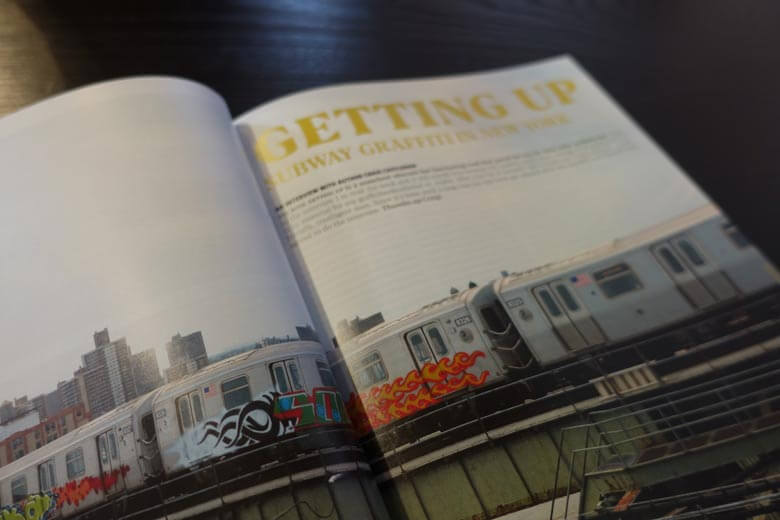 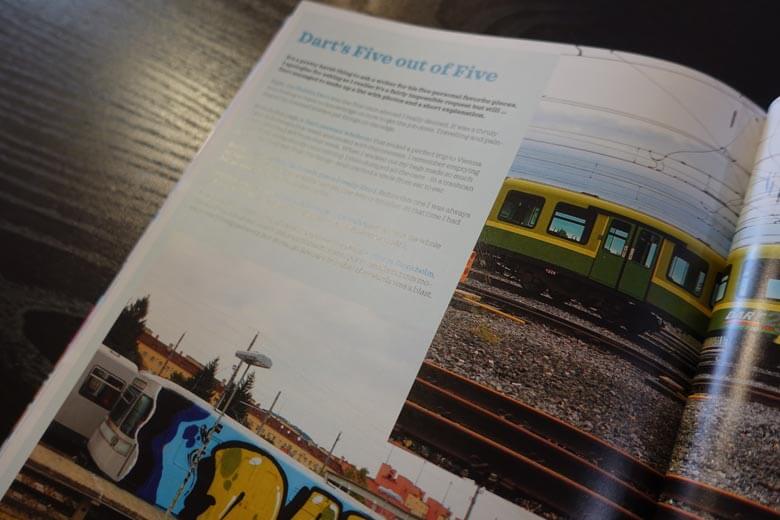 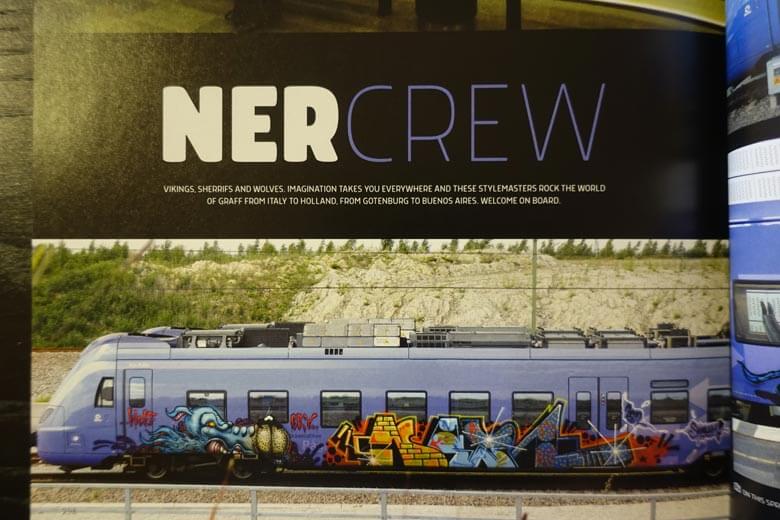 If you’re a magazine collector or just buy them occasionally, you must get a hold of this issue before it runs out. If you’re one of those people who doesn’t usually invest in these kinds of materials, it’s about time you smartened up because this magazine is a good place to start. The price is higher compared to most publications of its type, but when you browse through it, it will make it seem cheap. 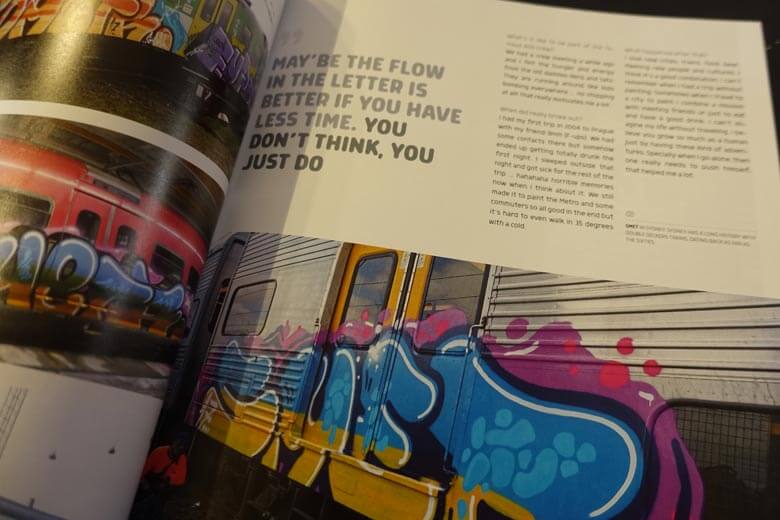 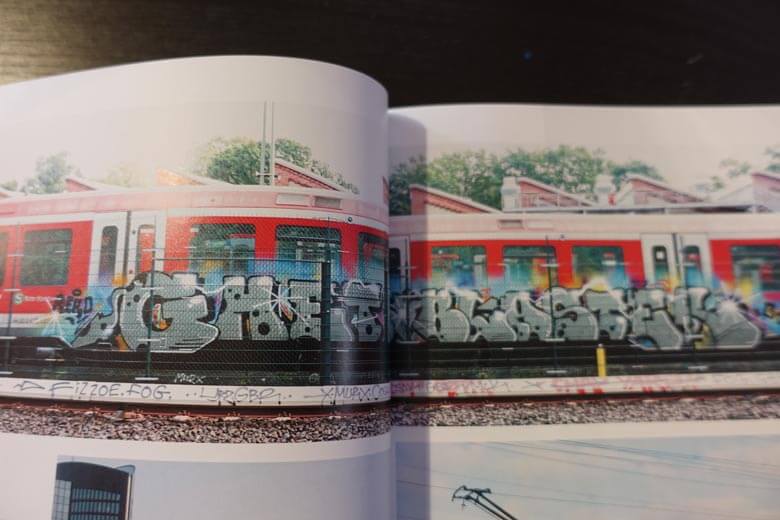 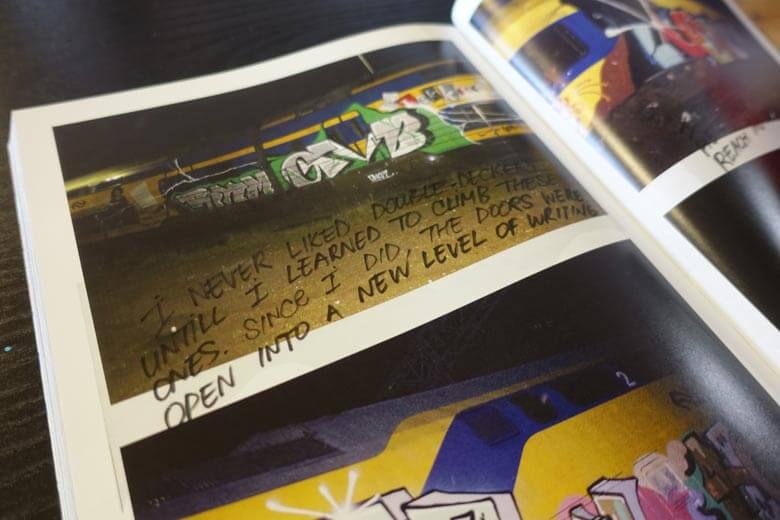