OTEK CREW MAKE HISTORY IN THE METRO OF SANTIAGO 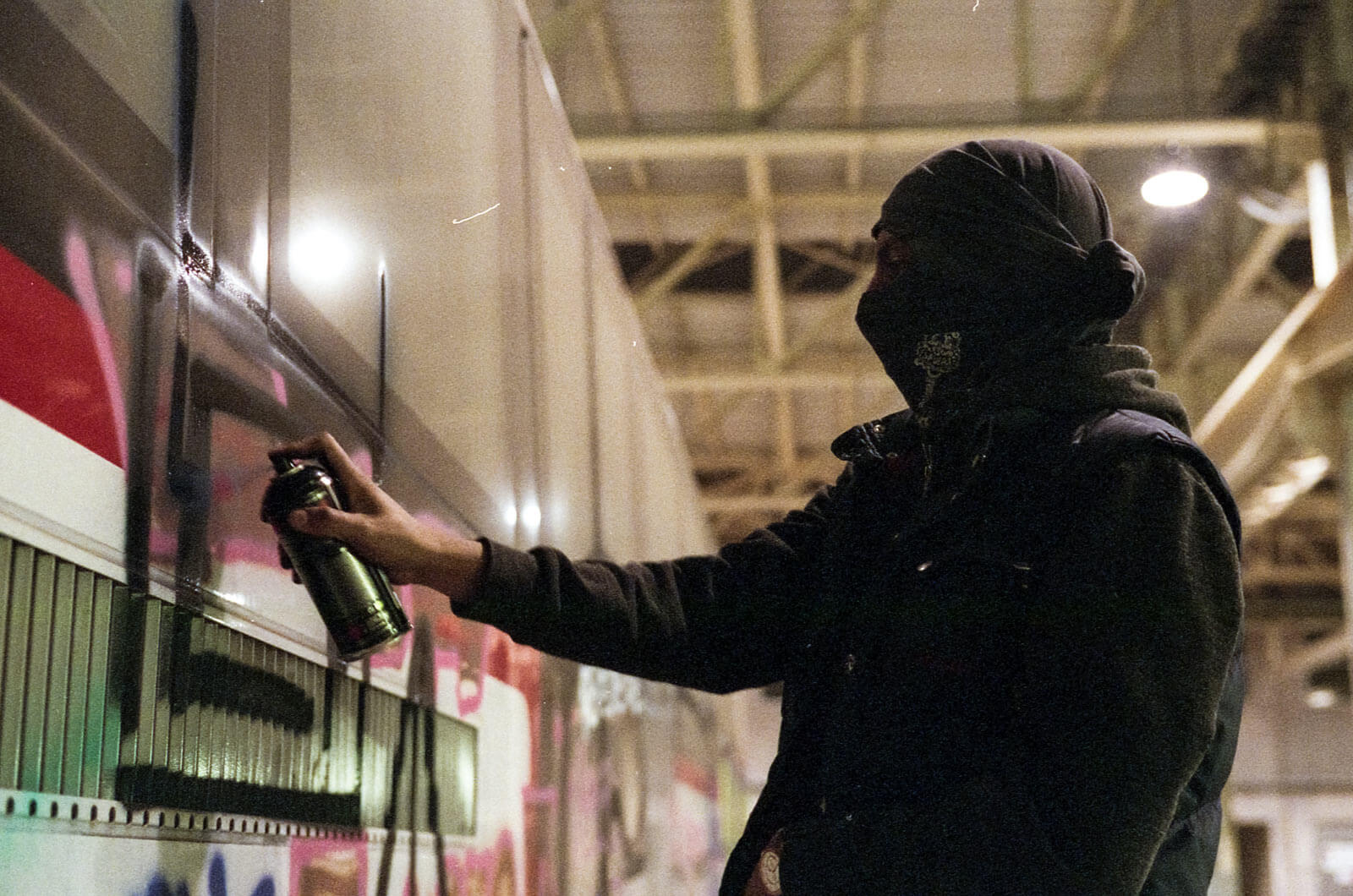 Line 3 of the  subway of Santiago de Chile is the last of the infrastructures built in the Chilean metropolitan system. They opened its first section on January 22, and the wagons were one of the main objectives for OTEK crew. After several attempts they finally managed to place the letters on the precious panel. Black shared a story on his Instagram that narrates the victory over one of the most monitored metro systems in the world.

“After 14 minutes the guards arrived with iron sticks and a desire to fight.”

Before that day we had tried 2 or 3 times, but we could not solve it for some reason. We had good energy and we all had the feeling that this time we we would make it. It was not easy, but we still managed to get in and paint.
After 14 minutes the guards arrived with iron sticks and a desire to fight, and even if we just wanted to finish up and leave without confrontation, this did not become the case.

We had to face each other and we managed to get out of the workshop, hide between the tunnels and at the same time as we were hiding, the guards came running after us. We had to run and while we were running we were taking out the lights in the tunnel. The way for the guards became much more difficult in total darkness. Finally, and after two station stops of running, we came to a point where we thought: “if we do not get out here they will catch us”. 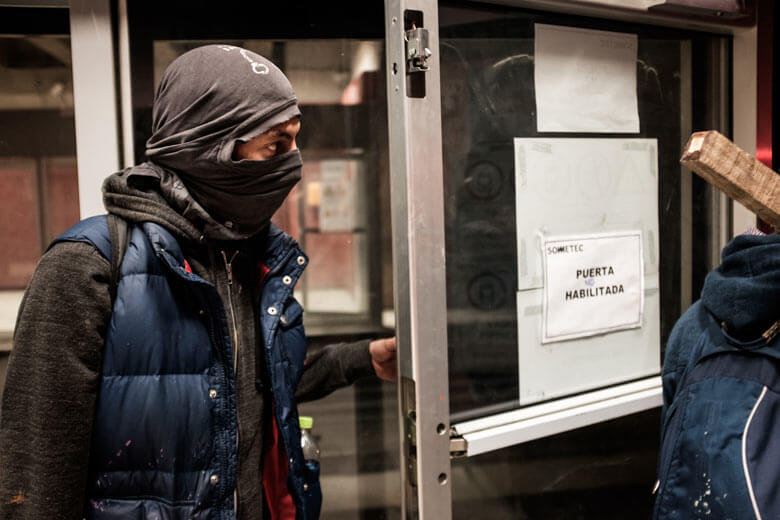 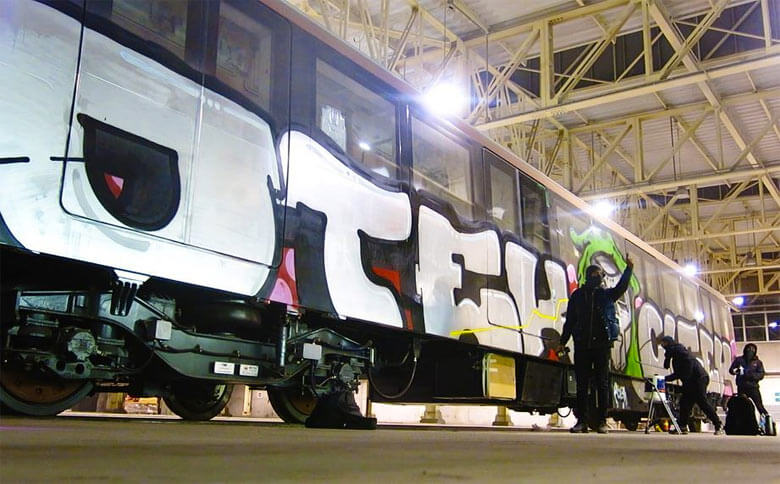 We went up to the station and luckily the guard was sleeping, since we were determined that no one would try to come to the surface. When we where about to leave after jumping the fence we ran in to the cops heads on: they were waiting for us. The only thing you imagine now is to fight it out, but we ran again and a couple of blocks later we lost sight of them, but when we least expected it they appeared behind us again; we no longer had an exit. We only managed to throw away the backpacks and some illegal objects by throwing them inside houses.

They caught us and put us up against the wall and asked us if we were painting the Metro. Our response was: “what metro? We come from working… we wear working clothes and all boss. ” They did not believe us, even though it was our word against theirs. After a while a guard tells me: “Tell the truth nigga, where you painting the subway?” – I answer that no, we are to adult to be doing these kinds of things … that how it happened, we were in a party. He says “ok, leave, but run, I do not want to see you here again” and we ran again. 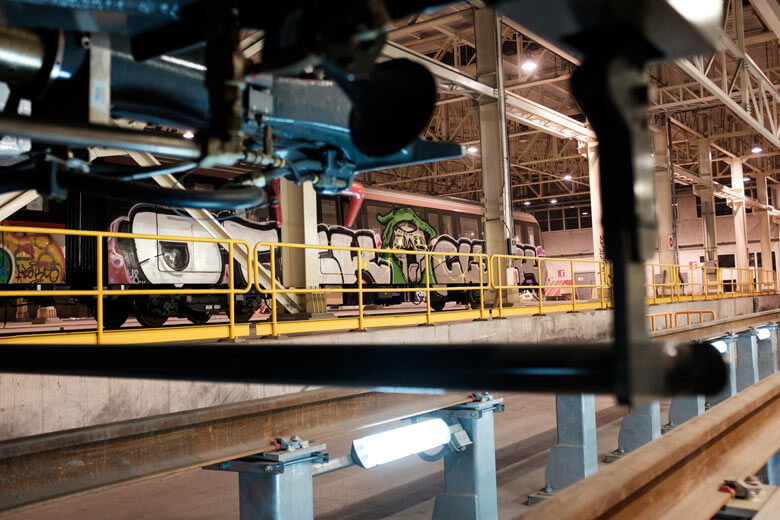 We ran hard and we arrived at a plaza, we took a car and we met with the rest of the group. Everyone had different anecdotes about the situation, but one was missing: Pepo. We thought that he got caught, and it left a bitter taste because we could not celebrate what we had painted.

“It was a amazing moment. Everyone embracing each other, being the closest to a goal in the last minute of the World Cup final … or maybe better!”

The sun was coming up already and we where somewhere in Renca, Pepo suddenly showed up and had not gotten into any trouble. It was a amazing moment. Everyone embracing each other, being the closest to a goal in the last minute of the World Cup final … or maybe better! We asked him how he got there and he told us that he only followed the hillside and walked in the same direction for about 3 hours. Later, at the end of the night, we were able to celebrate that we were all together again! 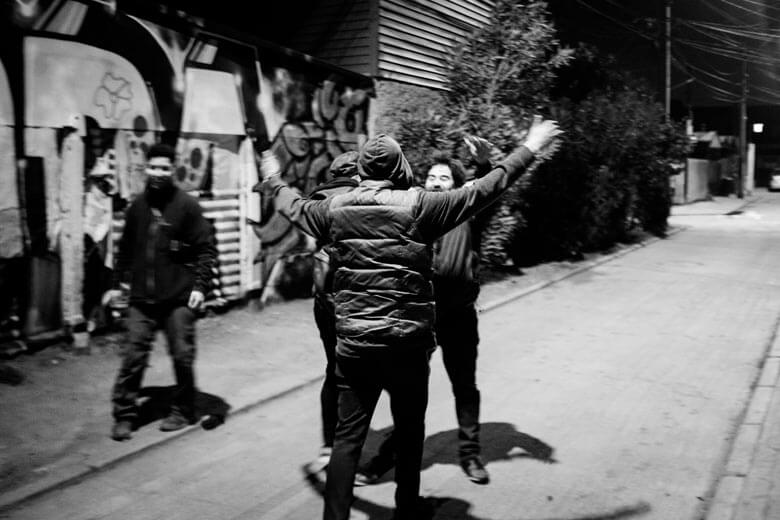