PEZ LIGHTS UP MIAMI WITH AN ECOLOGICAL MESSAGE 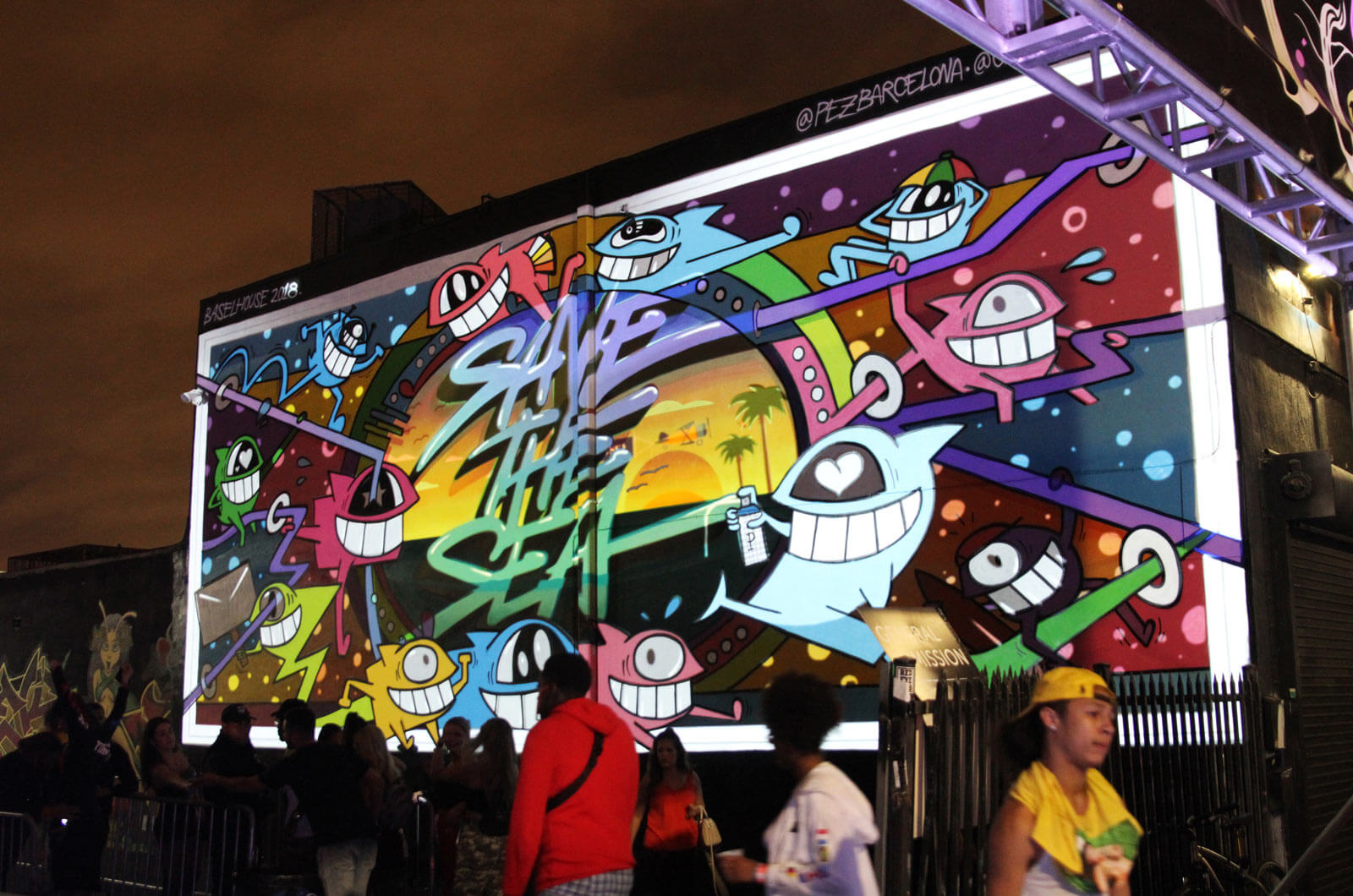 As he did in 2017, Pez once again showed up in Miami during Art Basel illuminated by the projector against a wall. On this last occasion, the BaselHouse mural Festival 2018 put at its disposal a wall of 72 m², whose intervention would come alive thanks to the projections of Graffmapping.

The artist from Barcelona chose a message of awareness that can be directly related to his fun characters. “Save the Sea” is the slogan that gives name to this work and ir aims to raise awareness about the problem of waste that flows into our oceans, specifically focusing on the consumption of plastic.

The Videomapping could be enjoyed by the public for 2 nights on 5th Avenue in the famous Wynwood district in Miami. Richard Santana has edited the video that resumes the performance, all accompanied by the music of Dj Raudo. 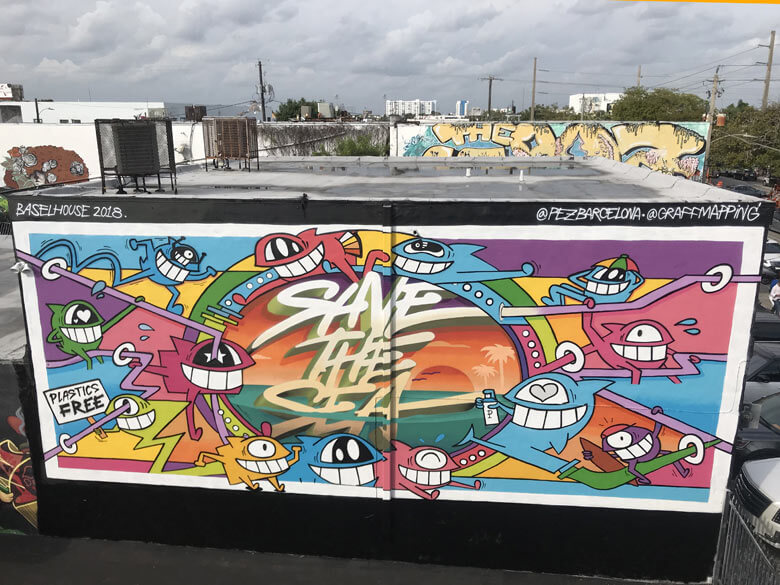 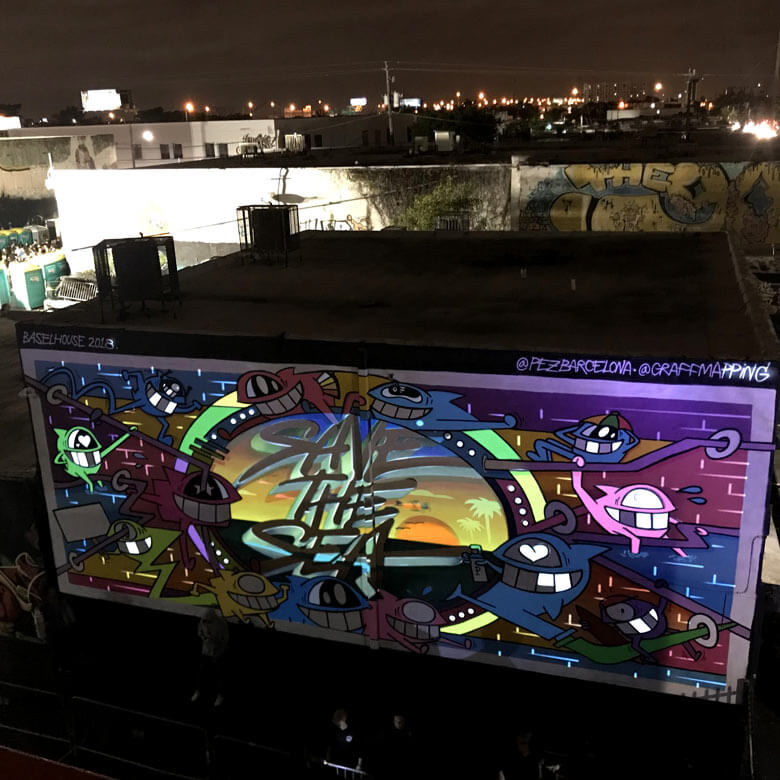