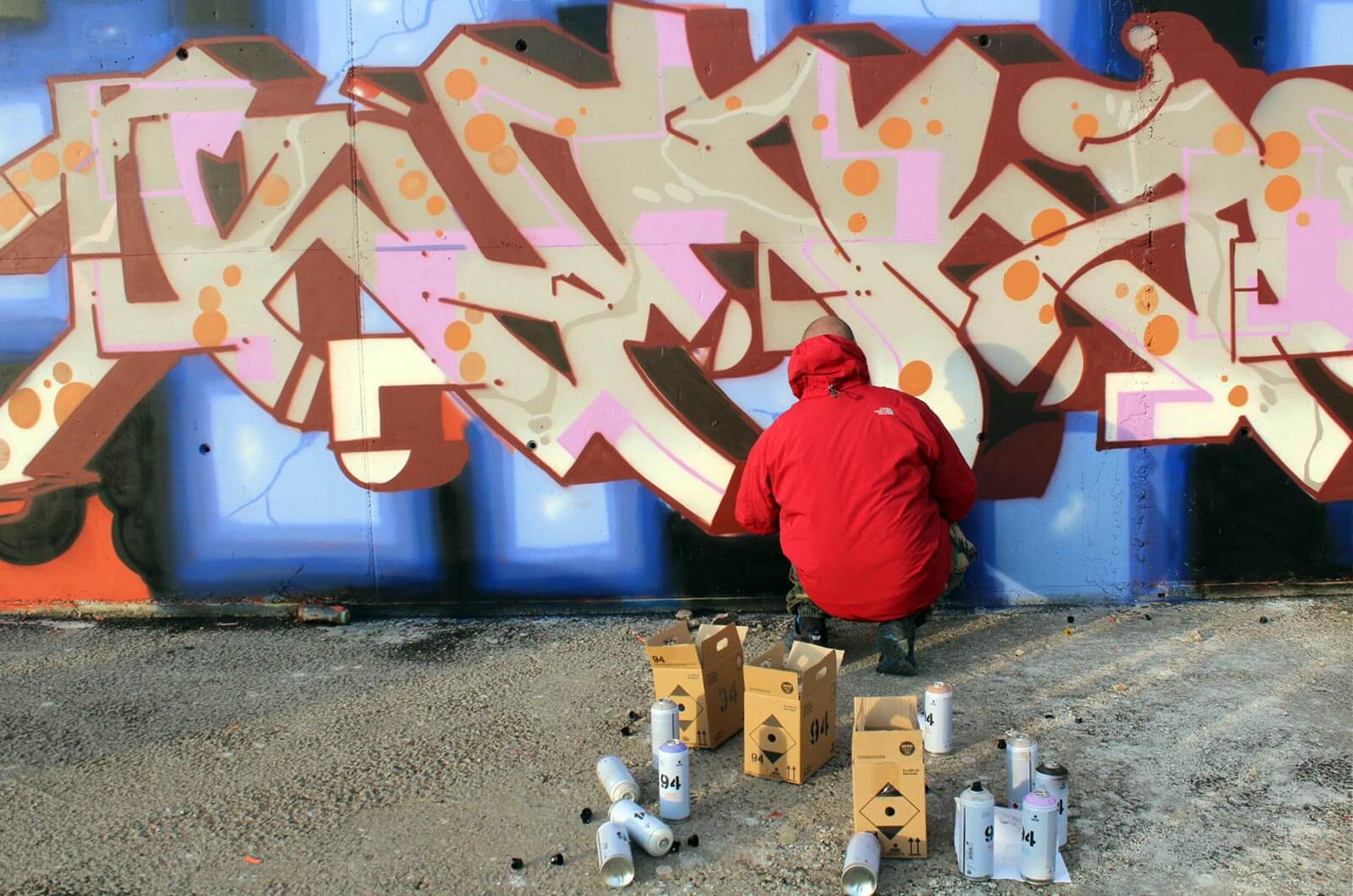 Madrid’s Albhe and Blize go head to head with complementing styles while sticking to the color ranges that make up the newest released selection of MTN 94 shades. In this video we get the inside scoop on the mural execution and a glimpse at the key underlying elements in their graffiti. Here are two distinct ways of working letters that still complement each other to perfection.

When we talk about competition in graffiti, we always try to approach it from a positive perspective that encourages creative motivation. The Face 2 Face concept was born out of this idea, but the stylistic contrast that arose in this case didn’t prevent the two participants from leaving behind a perfectly harmonious result on the wall.

Madrid is one of the European capitals with the most diligent graffiti tradition. The wall scene can be characterized in an almost territorial way, by a stylistic discipline that begins on the paper and ends on the wall. In the midst of this panorama, two writers stand out for their special skill and involvement, and a reputation that’s been built up over the years: Albhe and Blize. Their separate ways of working letters are as perfectionist as they are different, yet they seamlessly complement one another in these fully coordinated murals, resulting is classic graffiti that’s brimming with good taste. 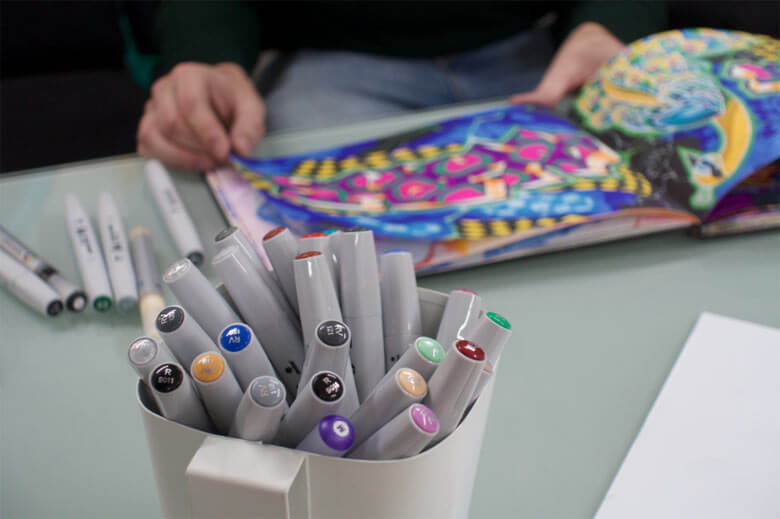 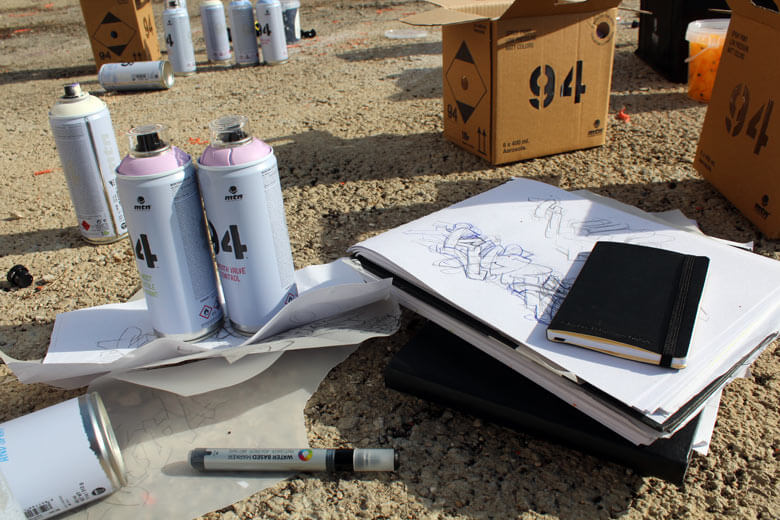 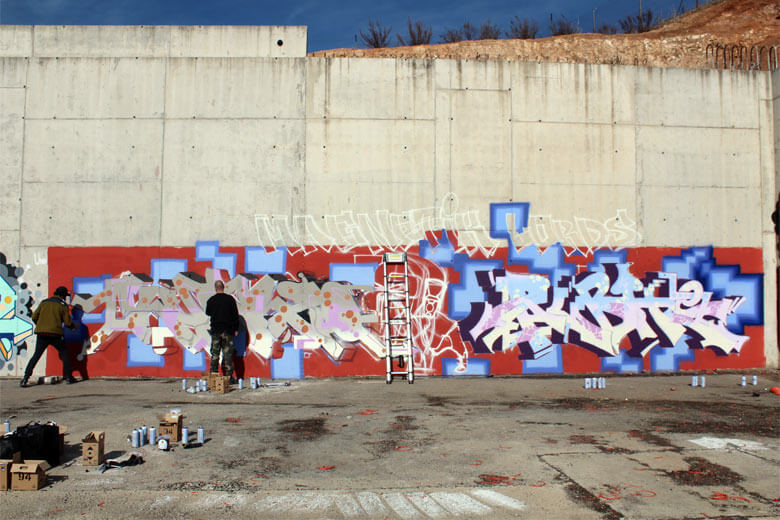 Dedicating a video to these two writers was a pending matter that we resolved by challenging them to confront their styles with some chromatic limitations. The conditions for this wall was to only use the color ranges from the latest MTN 94 tones that were released, and it was all recorded with a video that gives you a front row seat in the process of execution of the pieces; from the sketches to the final result. 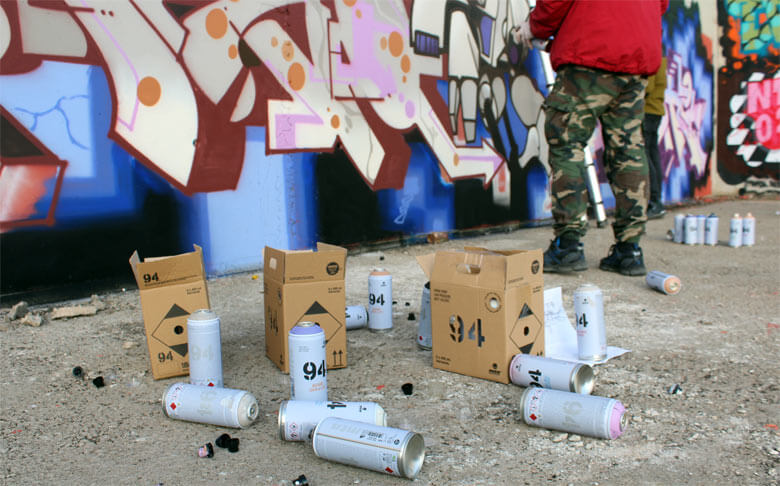 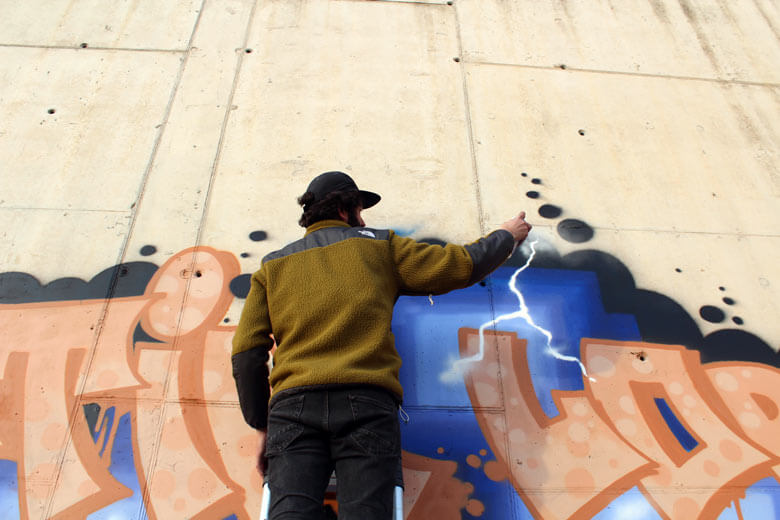 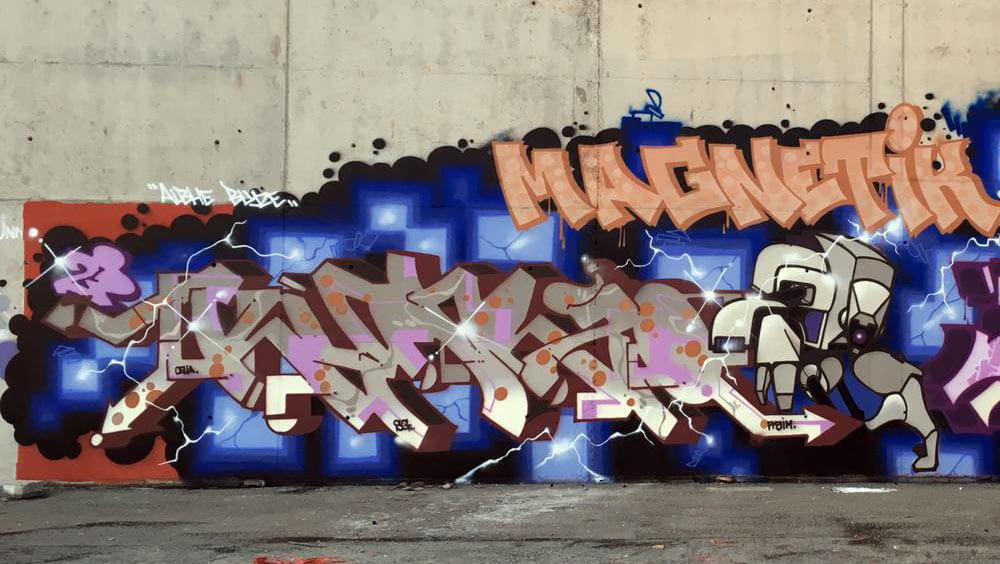 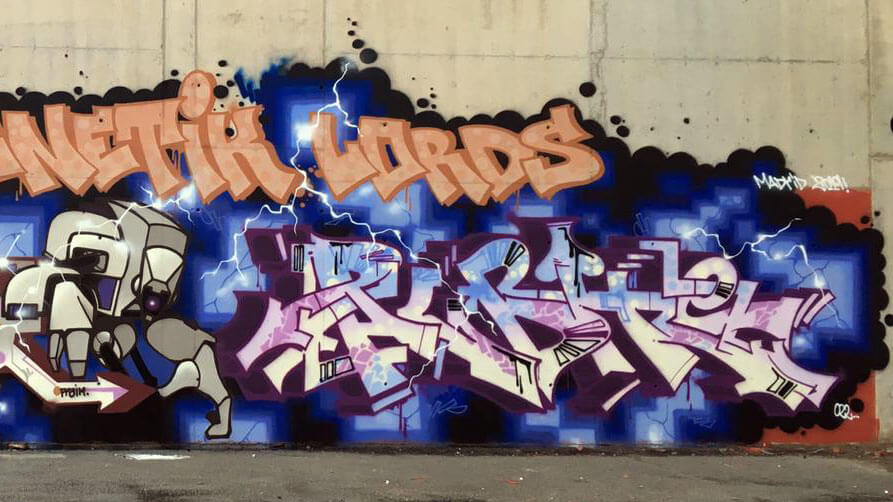