WXYZ, BETTING ALL HIS CHIPS ON THE STREETS 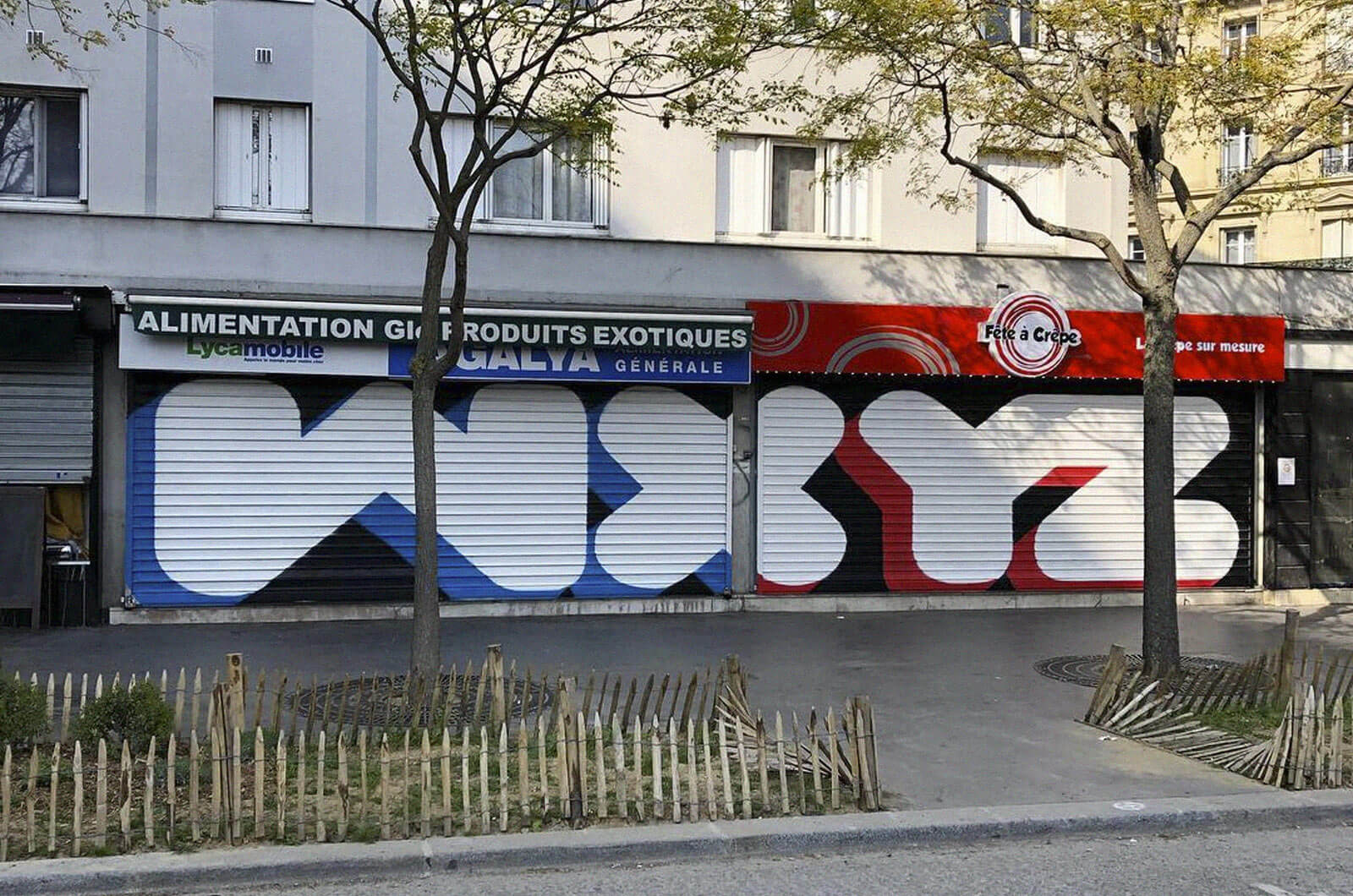 The time has come to stop and take look at Wxyz’s street productions which seem “installed” on metal shutters and trucks on the streets of Paris.

Since seeing Jonone in Dirty Handz 2 (2001), you realize that in European cities there are ingenious tricks to paint on the street with almost total impunity. It seems that in Paris they are experts on the matter, and it’s almost impossible to differentiate which shutters and trucks were done with and without authorization. Whatever the case may be, the French capital’s streets have become a place where you can enjoy this elaborate level of bombing that’s incomparable with respect to other cities in Europe. 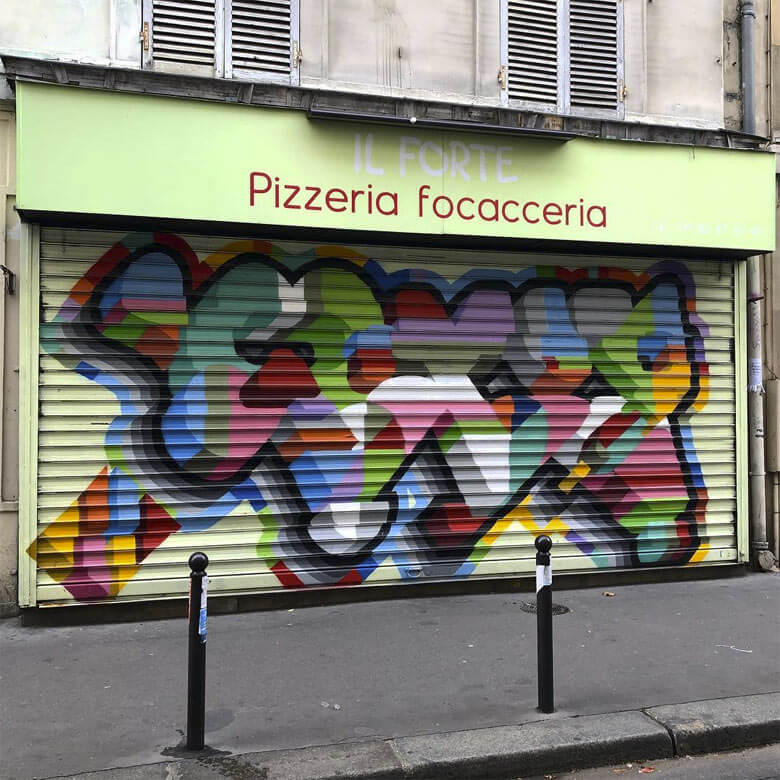 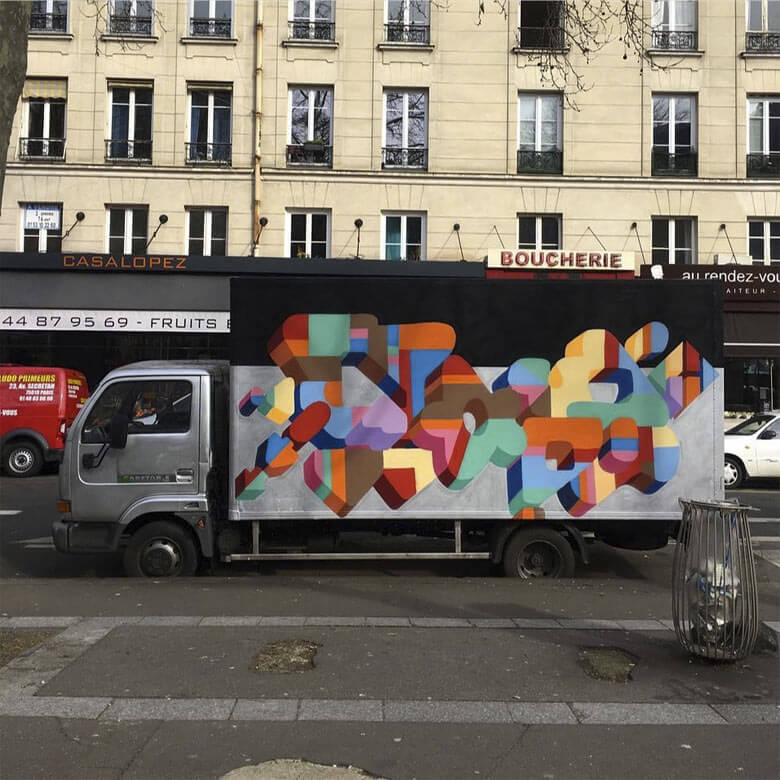 Wxyz is a celebrated Parisian graffiti writer with a long style track record. But lately he’s been getting particularly comfortable with an original and striking imaginary that leaps from the wall to canvas and sculpture in a natural way. This new interpretation of a 3d style combines a certain technical simplicity with a creative chromatic and geometric explosion. 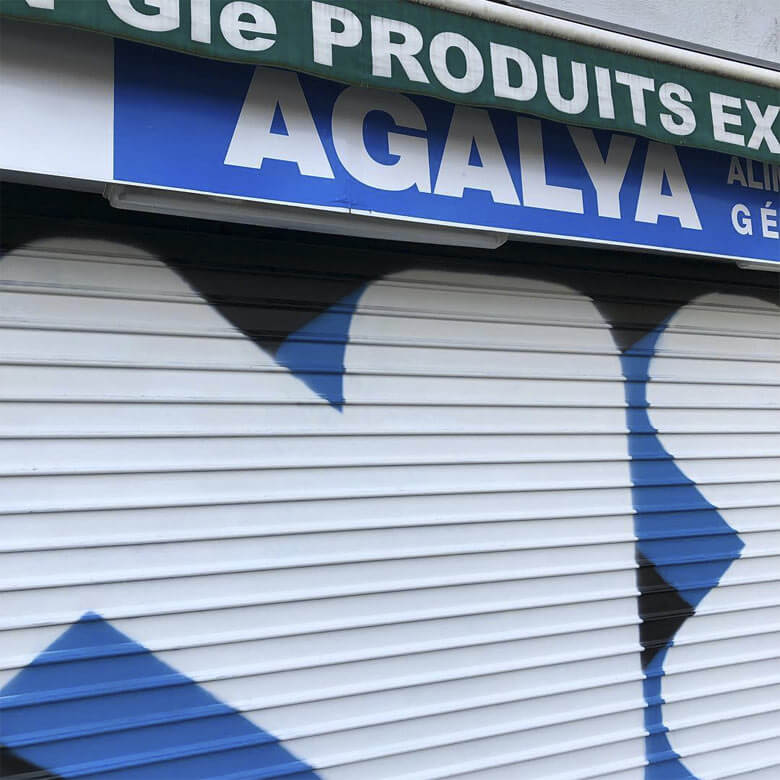 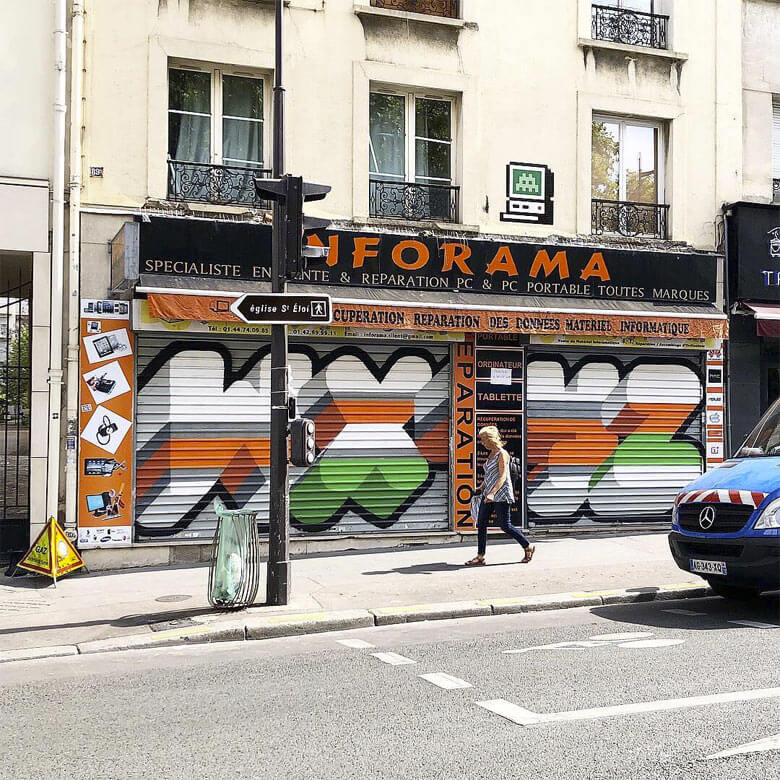 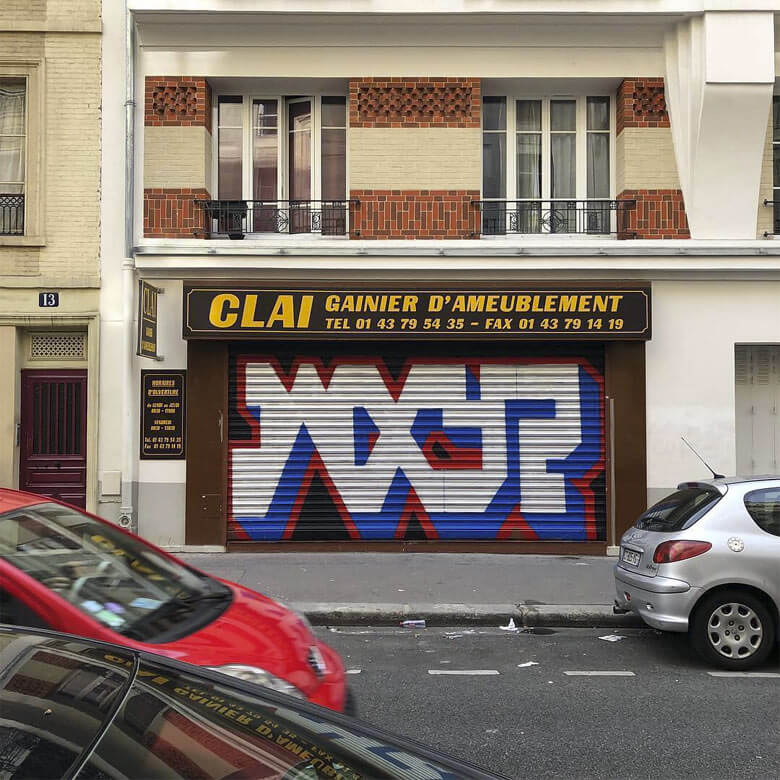 Many of his pieces that use simple, isometric perspective and a loose selection of hues give you the feeling that you’re observing colorful blocks of wood, much like children’s puzzle games. This personal aesthetic seems to subliminally refer to the more playful and irrational side of graffiti, presenting the pieces as if they were actually kid’s games.

What truly makes the work of this unpronounceable writer even more sensational is its ubiquity within Paris as we mentioned in the beginning. Shutters and trucks become the surfaces for these unique, heartbreaking puzzles. 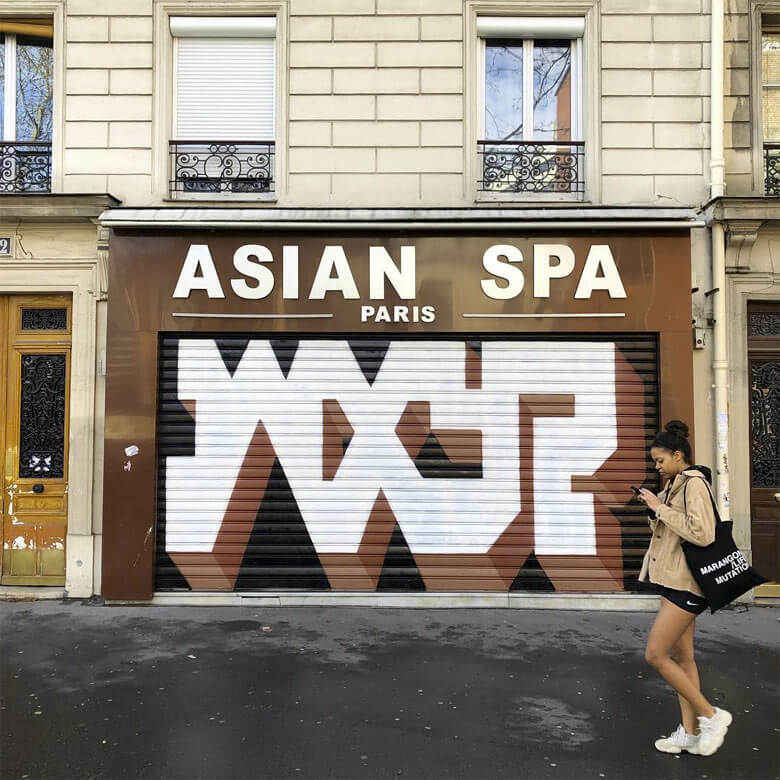 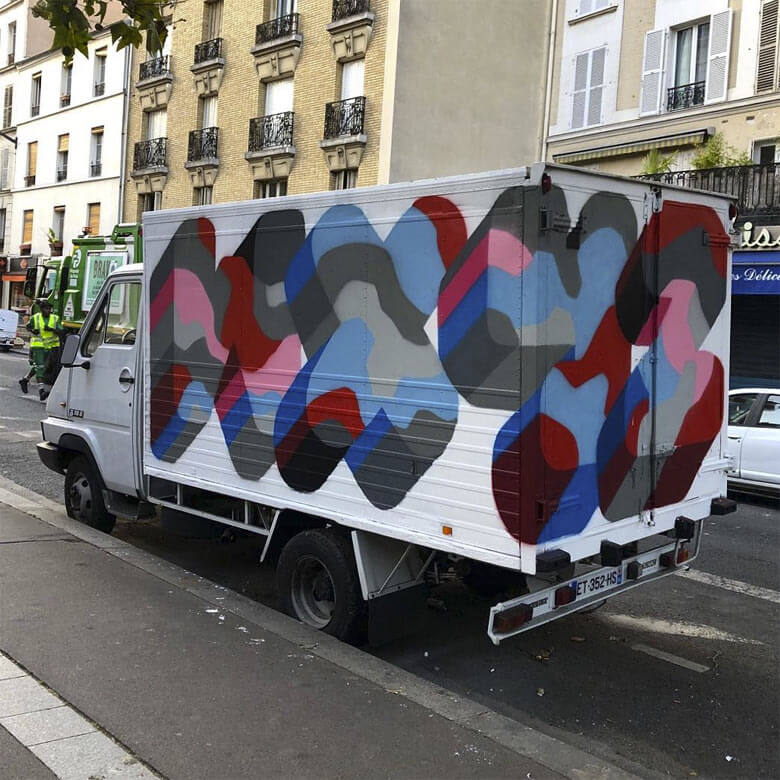 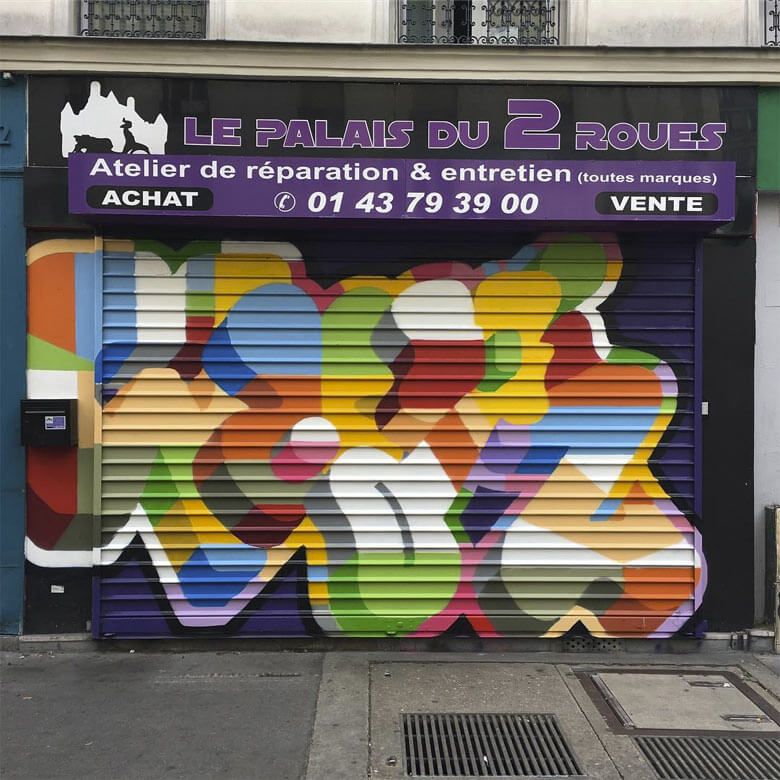