ESCIF’S CONTROVERSIAL WORK AT A SCHOOL 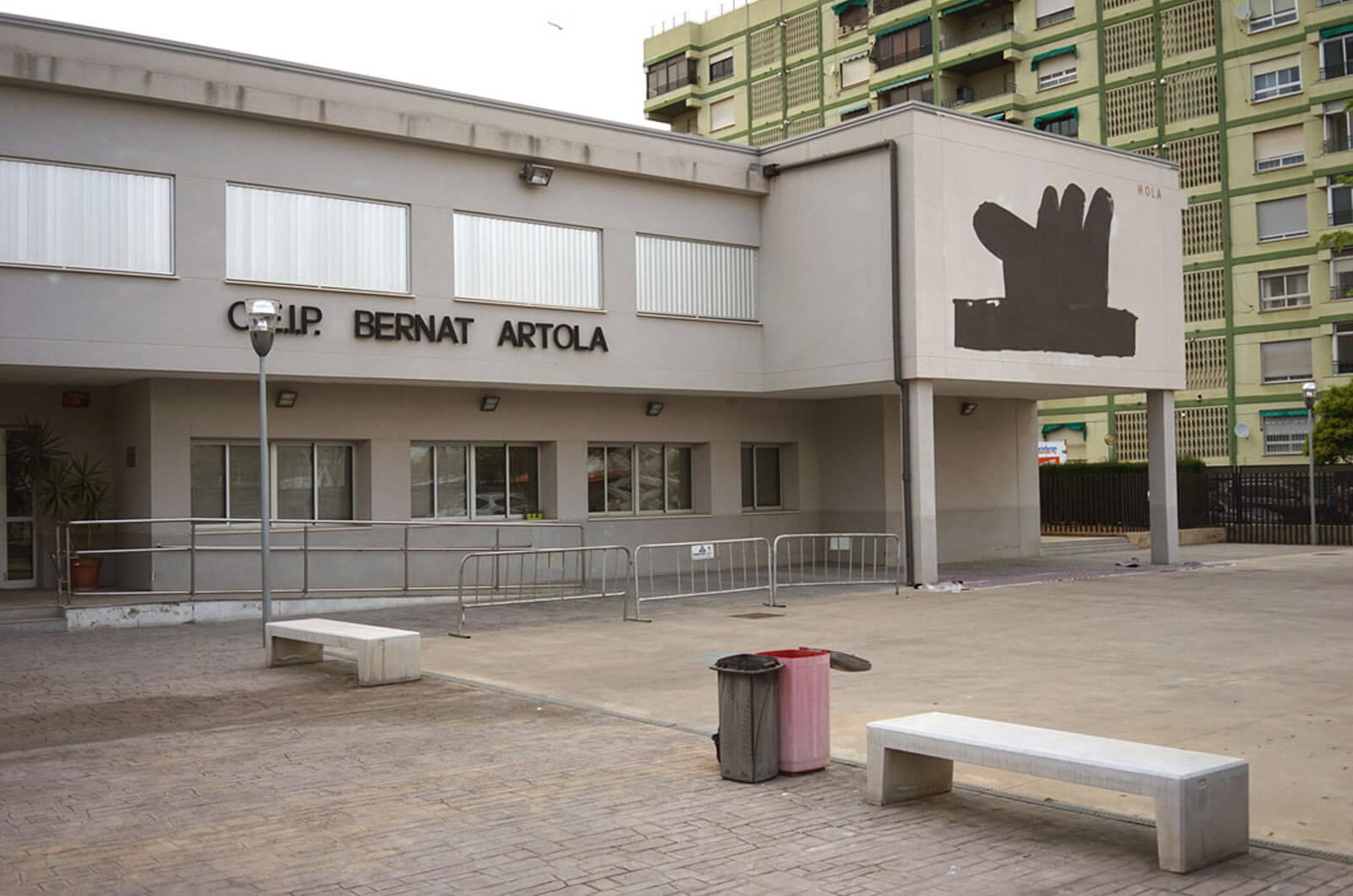 This Valencian street artist is peppered with controversy, but this time against his will. Despite their message, the murals he painted for the Bernat Artola School have not been too well received by some of the pupils’ parents because of their aesthetic.

Twelve artists, 12 schools. That was the basis for the proposal in which Escif participated at the Bernat Artola school in Castellón. The artists assimilated the project as a real challenge, given what the responsibility of an artwork located in an educational centre meant in his opinion. “It is nice to paint a decorative wall in a school, but it’s even more beautiful to paint a wall that is involved in childrens’ education in an active way,” explains Escif in a text that argues the controversial work.

This noble purpose was translated into an ingenious idea: to set up an original workshop that boldly planned, and managed to filter the purest creativity of the participating students, and to illustrate it visually. “Each student started from an image and had to interpret it on a separate sheet. After a few minutes, the original images were removed and the students passed their drawings to the colleague on their right. Then, they had to interpret their partner’s drawing. This sequence was repeated five or six times, in such a way that the original images were filtered by the imagination and creativity of the children”, he explains in the aforementioned article. 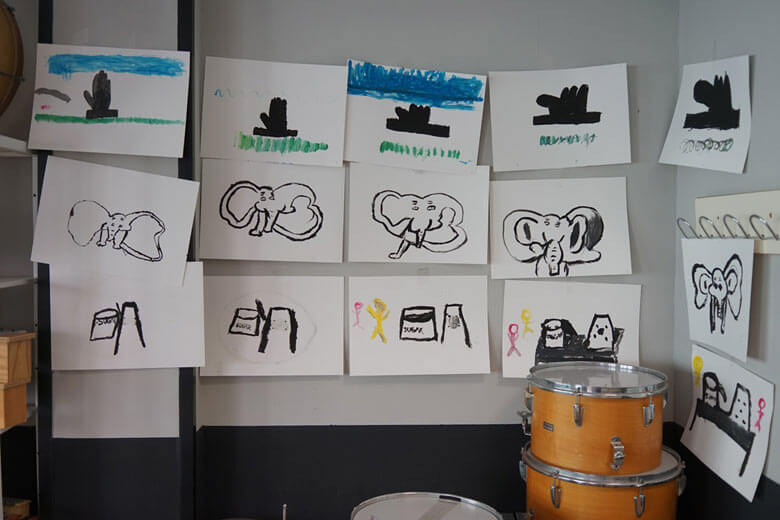 Afterwards, some of the final drawings were chosen by Escif and reproduced in a large size on some of the school’s walls. As one might expect, the result of this experiment fit perfectly, both aesthetically and conceptually, with some aspects of contemporary art, and also reflected this direct contact between artist, building and students. However, as one might also expect, the instant reaction by some of the students’ parents was negative as they didn’t understand the works and weren’t interested in their meaning.

Escif’s commitment to a type of meditative art which gives rise to reflection and thus adapts to the educational context in which it is located, doesn’t seem to have been welcomed in proportion to its intentions. Some of the parents even directly asked for the elimination of the works and repainting of the wall back to grey. Consequently, the Valencian artist has offered to relinquish his economic retribution for the erasure of the works, in a gesture of artistic responsibility. 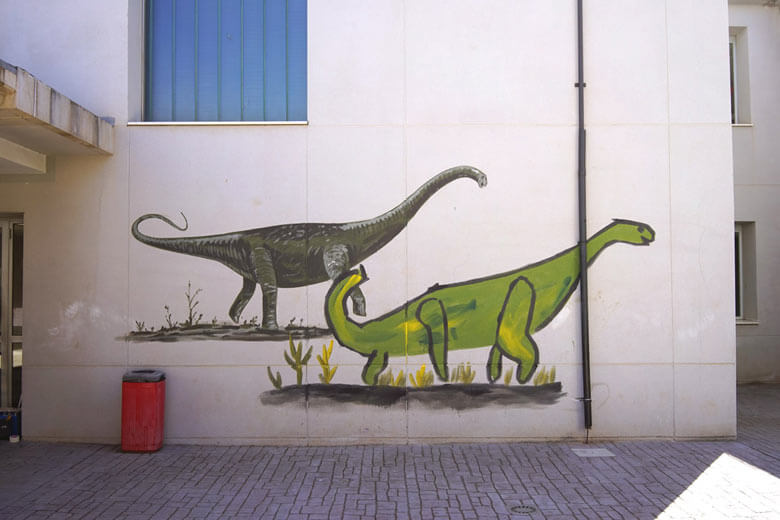 Once again, the conclusions we can draw from all this controversy call artistic freedom into question, as in the case of PichiAvo, for purely aesthetic reasons. On this occasion it’s particularly sad to see that the instinct of superficial criticism can be superior to an interest in artistic meaning. This is something that’s symptomatic of profound problems with education, tolerance and respect for works of art. As a last note, it’s paradoxical that the Valencian Community is one of the most prolific Spanish regions in terms of artists, and at the same time, it’s where we are finding the most social and institutional censorship. 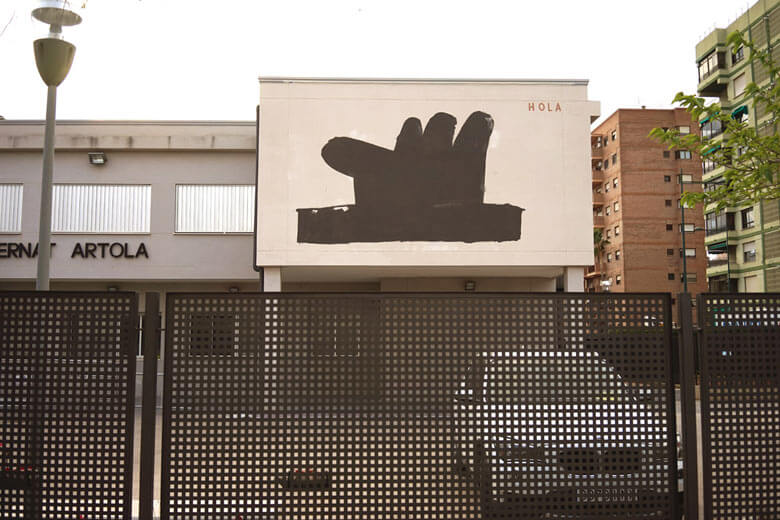