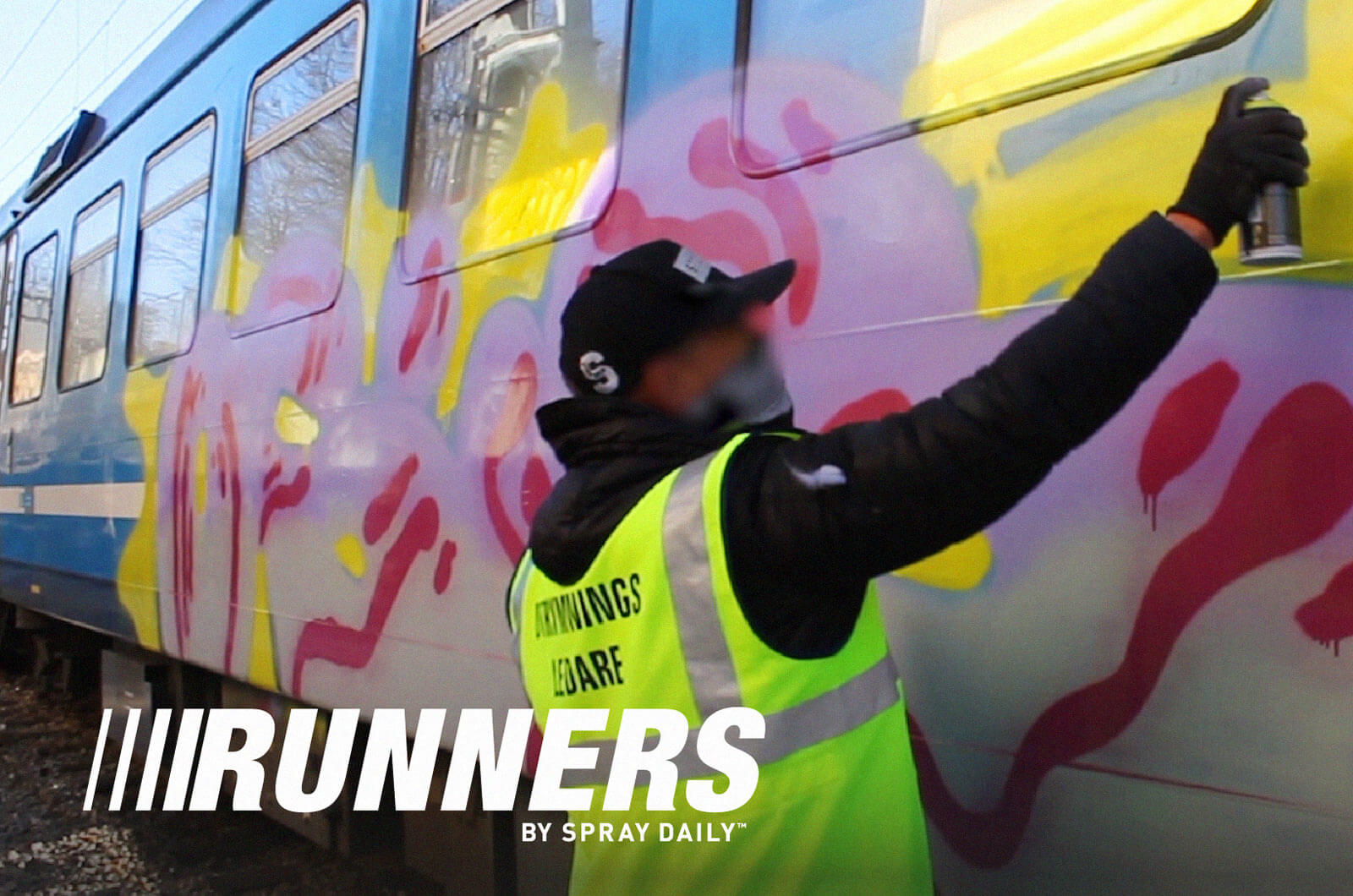 There are already as much as 14 episodes of Runners released by Spray Daily. In this last clip we return to one of the most recurring cities of the series: Stockholm. After having seen Serio, Gomer, Kris and Alex do their thing, it is now Osis turn. In his style we see the most recognizable characteristics of Swedish graffiti: simple letters, thick black lines and austere but ingenious color combinations. A series of characteristics developed for a type of graffiti to be made fast and effective, and that fits perfectly to the concept of the Runners series, and what our MTN Speed has to offer as well.