BELS: ‘WHEN I PAINTED MY FIRST SUBWAY IN PARIS’ 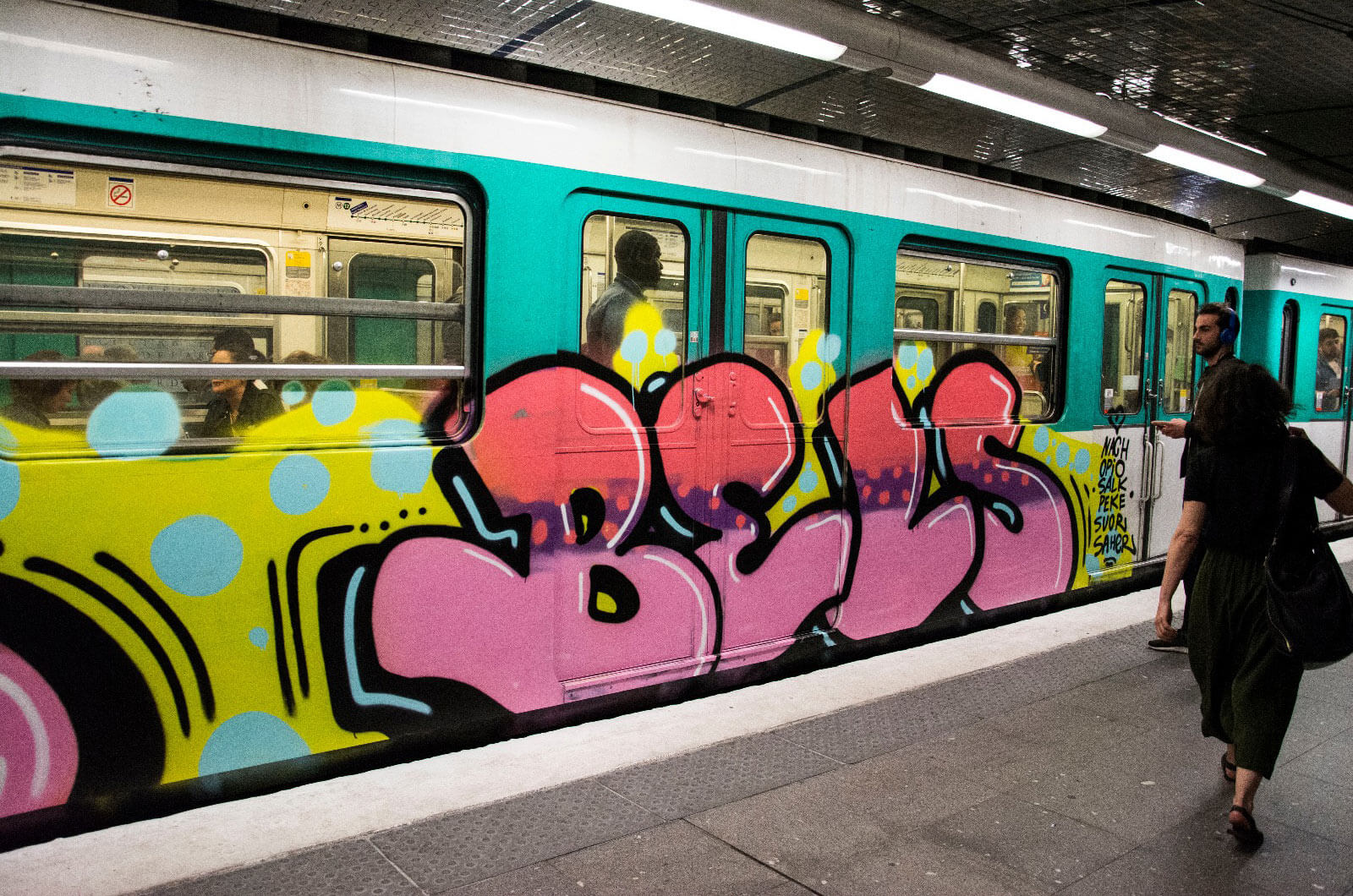 The Graff Addict page continues with its mission to publish interviews with writers from the graffiti scene of Barcelona. This week the person interrogated is Bels, a Valencian writer based in the city of Barcelona.

In this interview in particular we have been impressed by the sincerity with which she answers many of the questions. She is extremely clear and forward in aspects usually quite complicated to explain, such as the description of the experiences that illegal graffiti produces, her perspective about the organization of the writers in crews or the meaning of her style and way of painting. All this makes us understand a little better the basic function of Valencian graffiti, and the strong bonds of friendship that it generates. 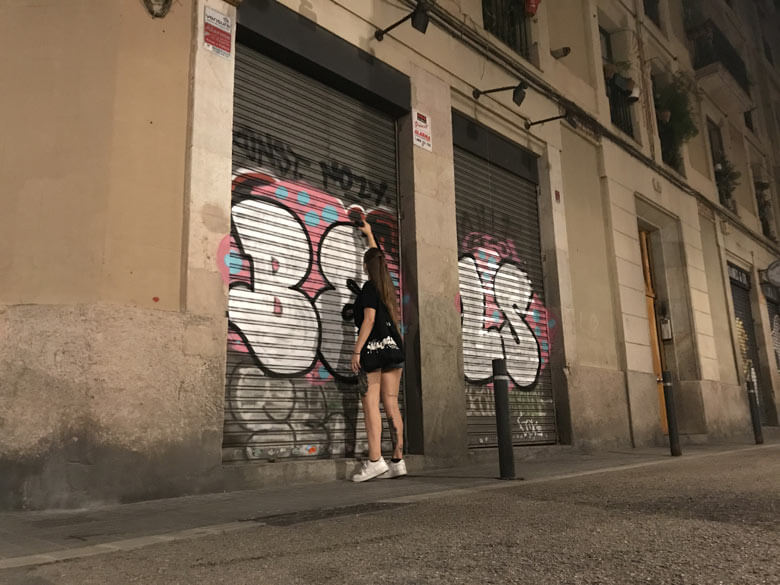 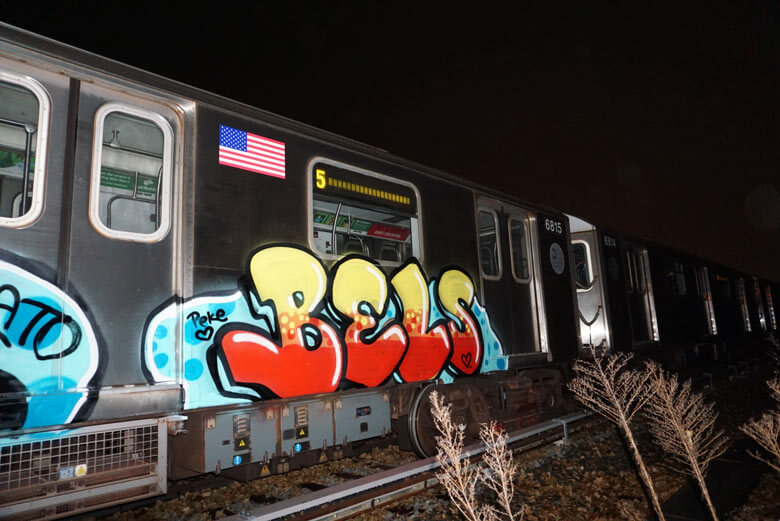 But if there is something that we have specifically liked it has been the description of her first subway mission in Paris. We chose to lift it out for us to be able to share it with you:

“The first time I painted a subway in Paris with Ieset I was super nervous, I almost did not talk about the things that crossed my mind at the moment before entering  the tunnel. But once we went down, Ieset began to film it with complete peace of mind. We started to run a little and I saw how the subway train front started to appear … God! I will never forget it, it was pure adrenaline.
We prepared the camera to record and distributed the panels between us and started painting. The feeling could never be fully explained. I kept looking at Ieset with a smile from ear to ear, enjoying the moment on top of the third rail. He even made a little dance every time he understood that what he was doing was real. Once finished painting we began to take pictures of the victorious pieces and we where super happy with the result. 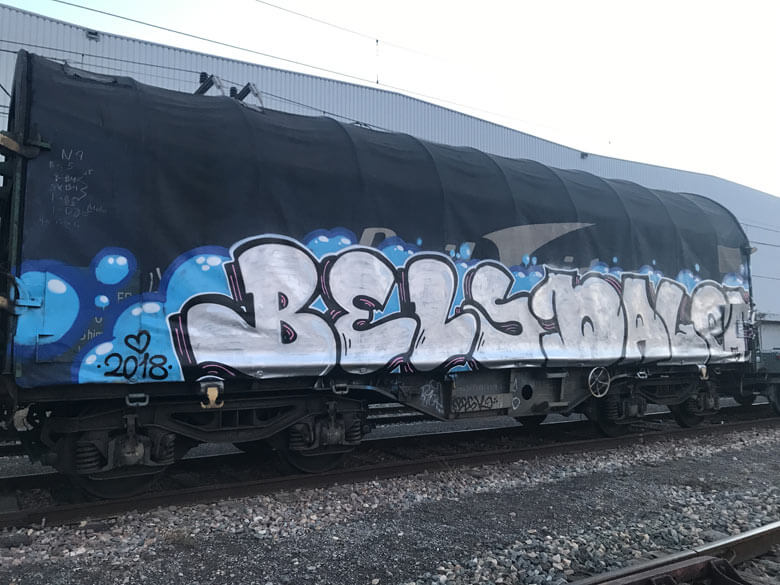 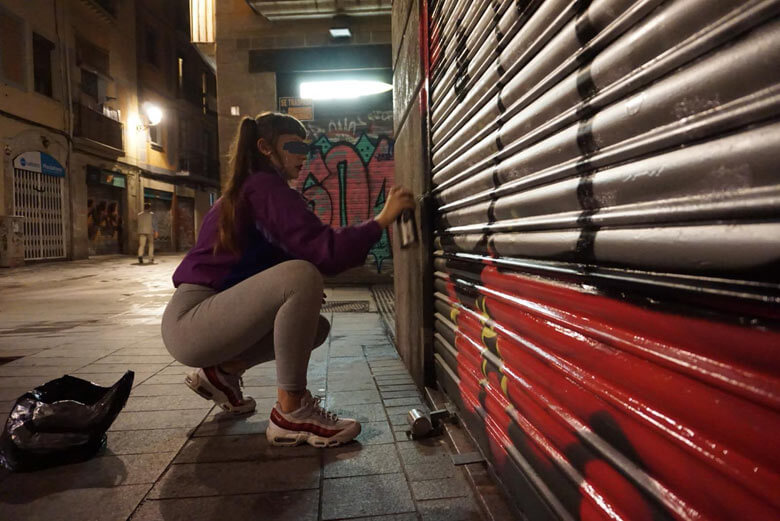 Suddenly, I began to hear a whistle and I asked him if he knew what that noise was, to which he replied that I should not worry and tolde me to gather the stuff. In a instant we see a metro coming on a side track where we were, so we started running. We went to some hangars with very high walls without knowing where to get out, a bit like chickens without heads.
In the end we climbed through a wall the best we could. He jumped out first and then I let myself fall by grabbing him from below. We ran out and got into a kebab shop. We sat down to make some time pass. Ieset laughed at me, at the happy and silly face I had at that moment. 1 hour later we snuck into the tram and got pinched for sneaking. We had to pay a fine, but what was that compared to what we had just done? To me that feeling  can never be erased by anyone ever.“