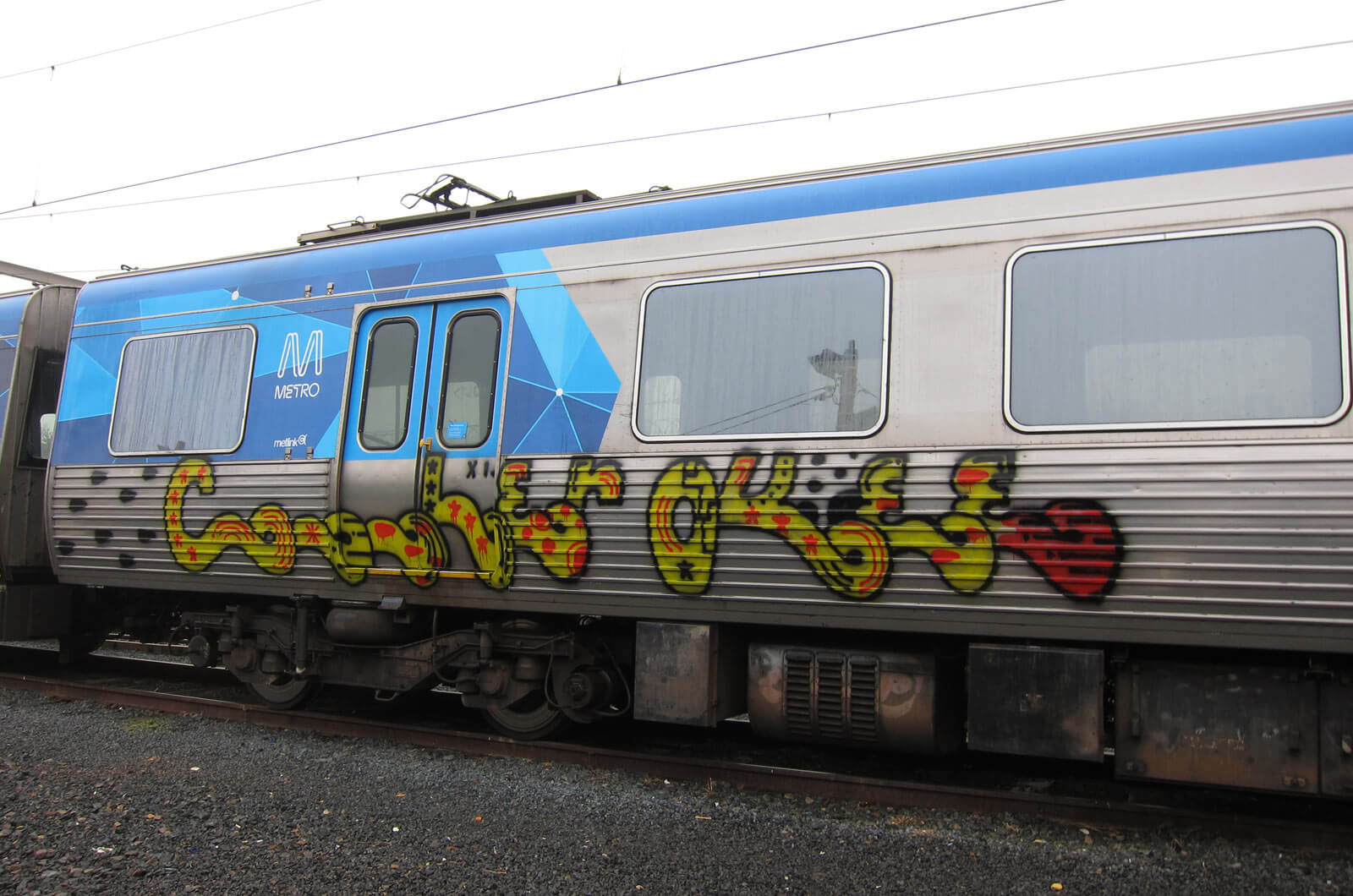 The Australian writer has released a short video about worldwide metro mayhem through the Spray Daily platform. The original yet controversial production, much like the writer’s style itself, received quite a lot of criticism on Youtube.

Cherokee holds the flag for style that resembles the embryonic 70s New York styles. This way of painting, often called “ignorant“, occurs through a sort of unlearning in order to achieve an aesthetic feel similar to that of the first tags with outlines on the New York metro.

This style that’s already controversial today, has an even more heightened impact when it’s done on train and metro cars, demonstrating a methodology in which graffiti resorts to its most orthodox forms. If that’s not enough, on Soul Train you can see a train-writing video with a montage that goes beyond the barriers as well. If you press play you’ll understand why.