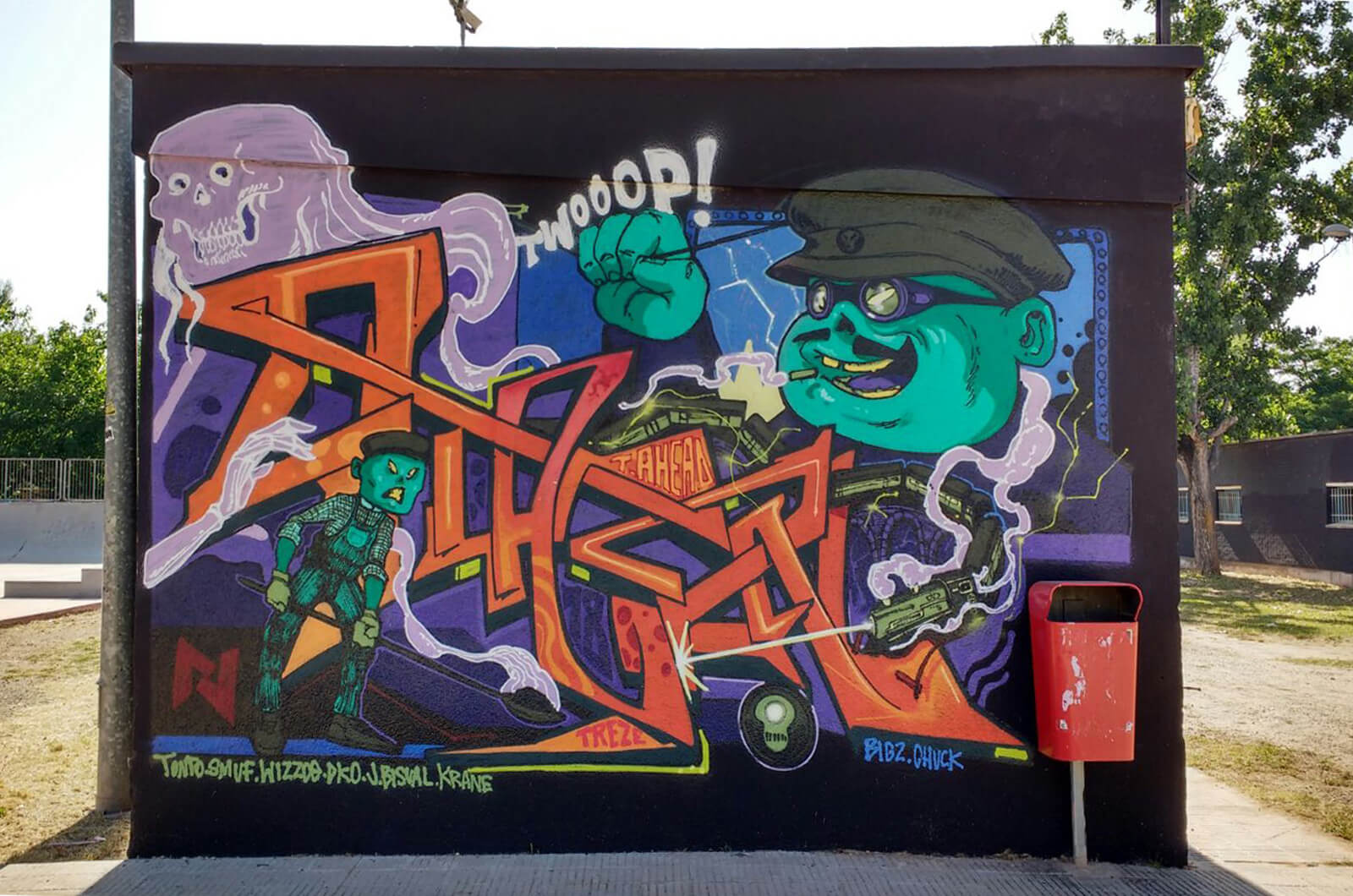 The fifth edition of Stalow Fest is slowly closing in. This is a event held in Manresa outside of Barcelona where graffiti, skate, parkour and freestyle rap and beatbox battles comes together. While announcing this fifth edition, which will take place on July 20 in the earlier mentioned Catalan city, we will review what the Stalow Fest of 2018 had to offer in a powerful video. In the clip we see the different participants in the section dedicated to graffiti: Emak, Leim, Jeff Bazak, Jay Bisual, Krane and Stain.

“The urban culture of the larger cities  has managed to take root in Central Catalonia, a territory of small towns and cities, and the proof of the growing interest in sports and artistic disciplines born in the outskirts of the big cities is the Stalow Fest Manresa which last year came to its fourth edition with more participation than ever, and that, apart from skateboarding (-the great protagonist of the event), has managed to bring together three competitions that mixes sport and culture- rap and improvised rap , graffiti and even parkour have been introduced in the festival and have managed to bring more people to the show.”