ZOSEN AND MINA BRING COLOR TO ”LA MINA”, IN BARCELONA

A “Una Mina de Color” (A Mine of Color) comes to light. It is a short documentary directed by Germán Rigol that takes us closer to the project developed by Zosen and Mina in the notorious La Mina neighborhood in Barcelona.

The neighborhood of “La Mina” has been considered one of the most conflictive areas, not only of the city of Barcelona, ​​but of the entire Spain. The area was built in 1969 as a project to relocate different people of the suburbs of Barcelona and La Mina gained fame thanks to the cinema quinqui, a film genre that emerged in Spain during the 70s, which narrates the criminal adventures of different teenagers.
Despite some improvements in security, the Mine is still considered something like a ghetto whose social situation seems not to undergo any form of effective change.

“For some time we have been around the idea of painting a large mural in the neighbor-hood of La Mina, to give color to the streets and visibility to the community.”

In the summer of 2018 Zosen and Mina began to do workshops with organizations that work with young people from the neighborhood to introduce mural art and the proposal to create a participatory murals. The first workshop was held at el Casal Infantil Association of La Mina, where the children painted their ideas and dreams of how they imagined La Mina in the future. In the autumn, the workshops with the Salesians Sant Jordi organization (Union Group) and el Casal dels Infants were continued. The workshops involved young people of different nationalities and cultures, all neighbors in La Mina and Besòs, to demonstrate the multicultural variety of the neighborhood. The artists Zosen and Mina collected the ideas drawn and painted by all the participants of the workshops, and from there they began to create the proposal for the mural sketch. 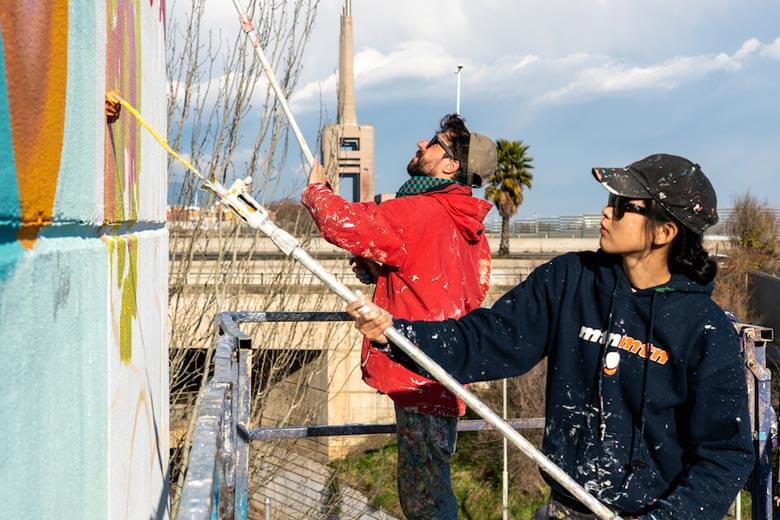 A neighborhood where cultural diversity is present, flamenco, the sea and the planets that are part of the names of the streets and make up the galaxy of La Mina. The children participating in the workshops when asked what they wanted or how they imagined their neighborhood of the future coincided in values such as: coexistence, respect between different cultures, give visibility within society to people living in the neighborhood, peace, nature, green spaces, friendship, love, family and culture. 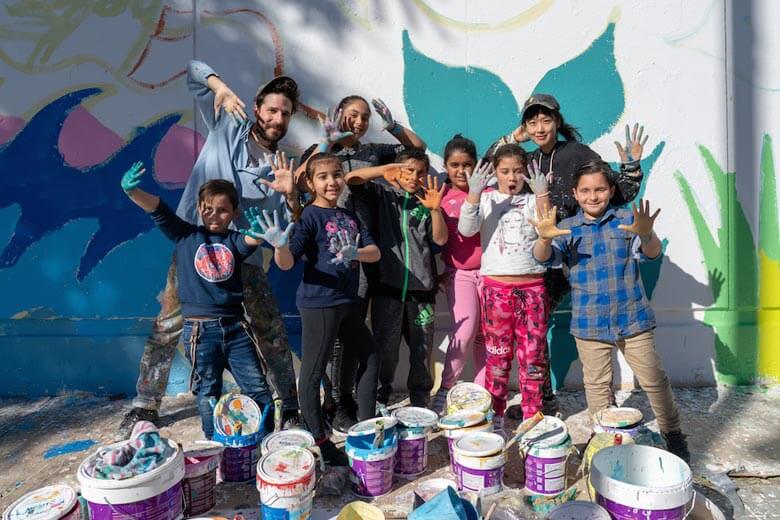 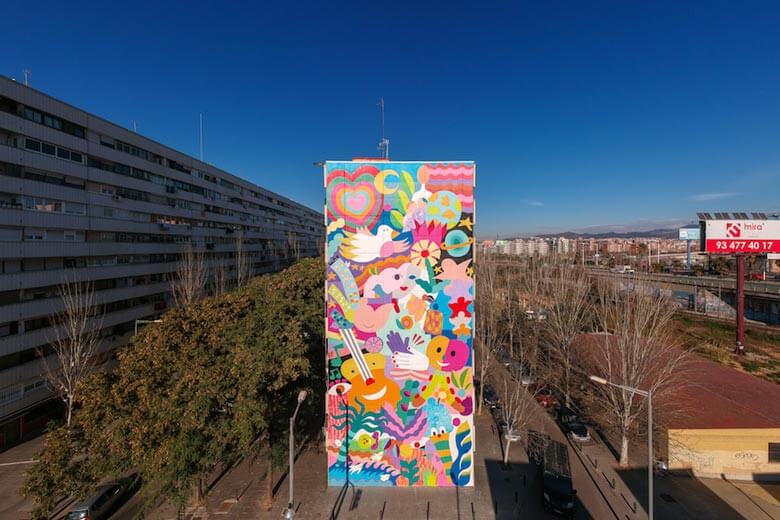