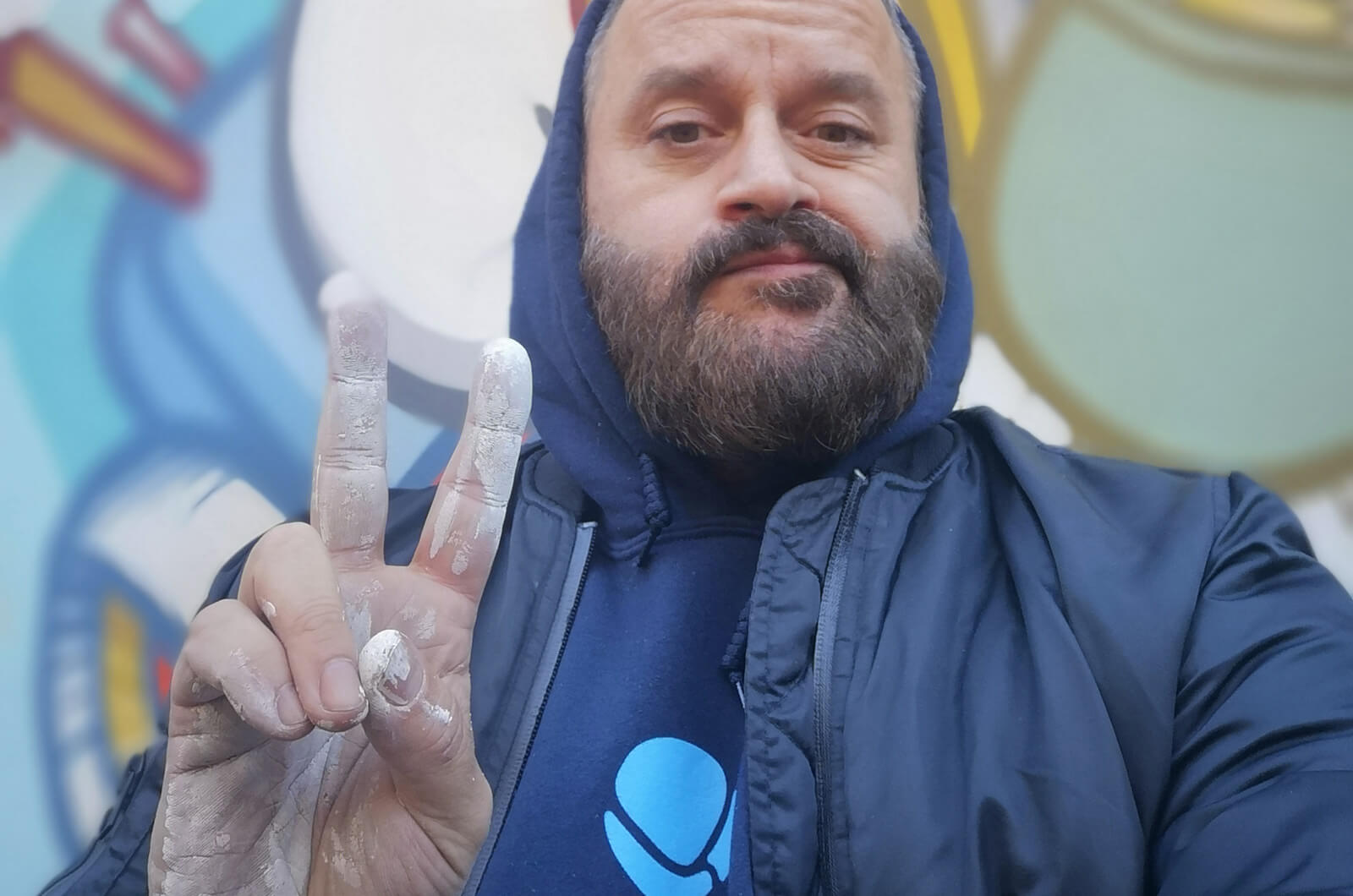 Zeta is one of the most historic names on the Madrid graffiti scene. His life story and view on graffiti makes him a perfect candidate for our “Three Aces” section. With some of his proposals we return to a unique era that was as precarious as it was authentic, and thanks to his legacy, graffiti has become consolidated as it is today. He’s also shared one of his latest productions with us, making it clear that his wrist is still in good shape.. 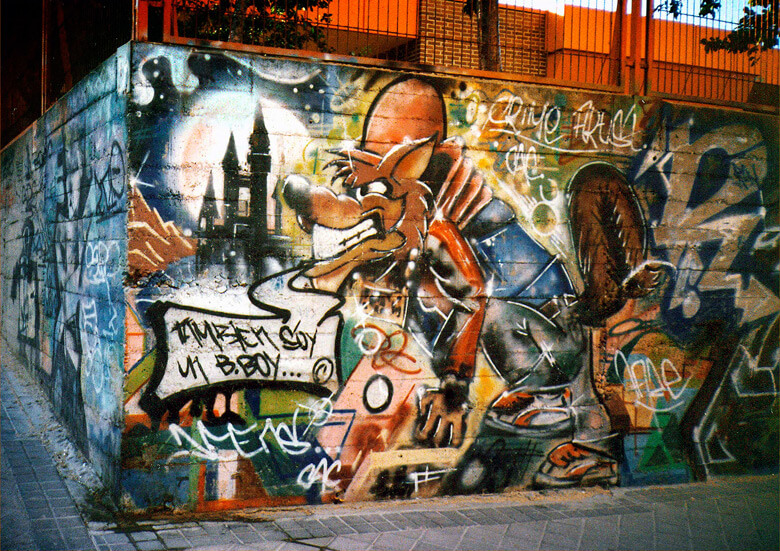 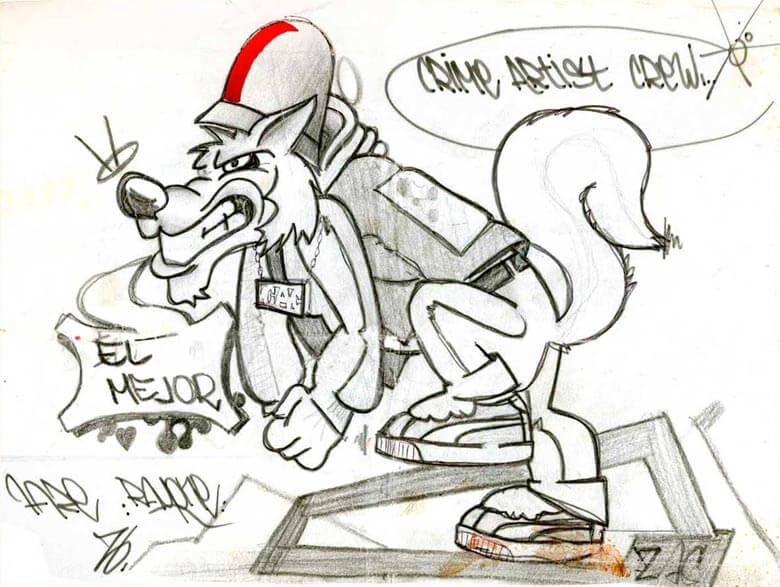 “People baptized this piece as “The Wolf’s graffiti”.It was the first masterpiece that produced a before and after in my career and presentation to the scene, although I had already been bombing and doing small pieces and throwups for years…
We did it with the intention that it would represent our city in “Spraycan Art”, although we didn’t make it on time and only the Barcelona piece was published.“ 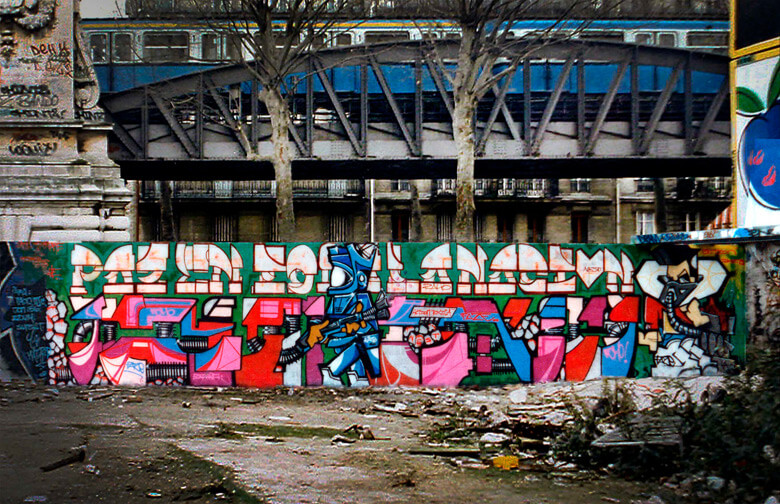 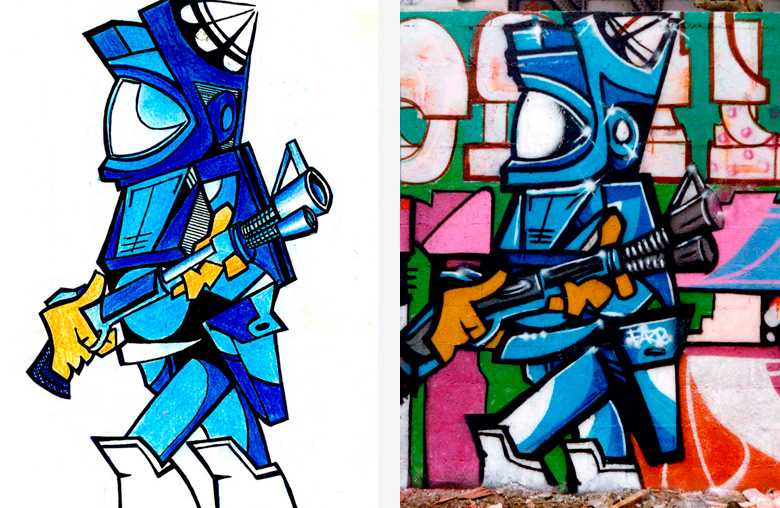 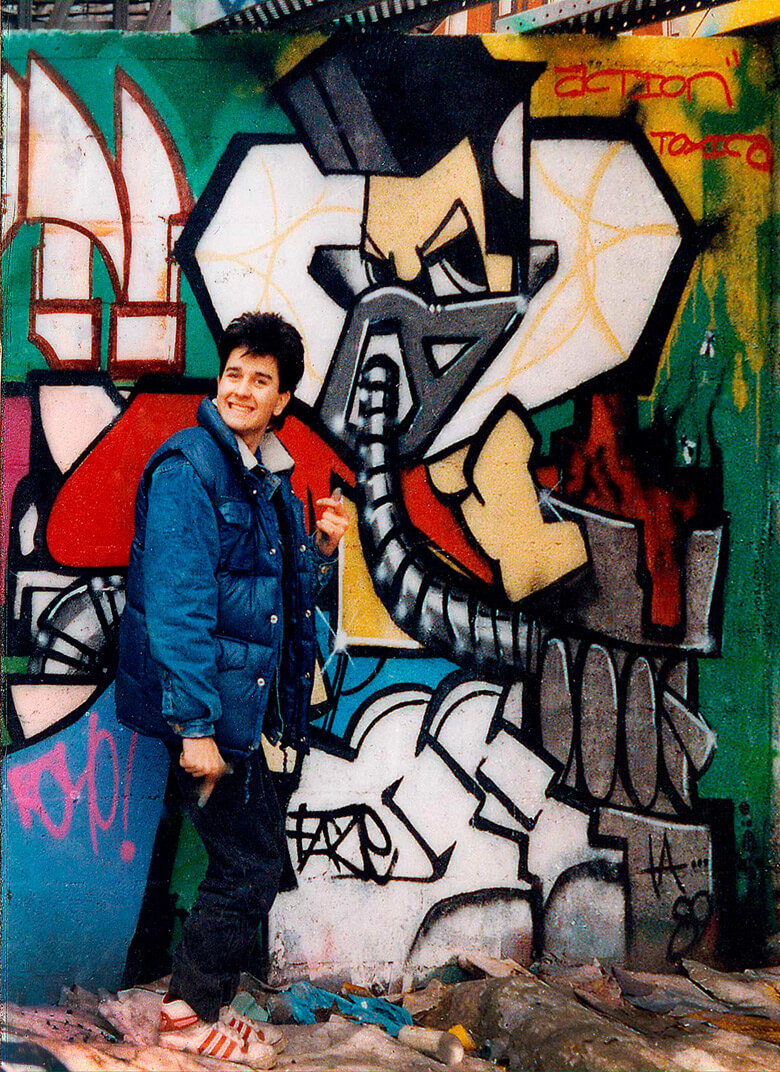 “This piece was very important for me because I had the opportunity to coexist with the Golden Era of Parisian graffiti in the late 80s….Thanks to Nest One, a colleague from my crew who introduced us to all of Paris’ top writers, and thanks to Jay One, who invited us to paint one of his Hall of Fames in Stalingrad over one of his old BBC pieces.That New Years Eve party was mind-blowingly memorable, with DeeNasty, Bando, Bóxer, Mode2, NTM, Dj. Fab etc, etc…
Thanks to having the opportunity to get to know other realities and scenes, we advanced very quickly…“

“I have special affection for this commission. It’s one of my latest big productions and is about 75 meters long. This piece took me about 2-3 weeks of work, and a lot of good and bad stuff happened while doing it. People from the neighborhood and several associations participated and the theme of the mural represents the clichés of the different races that cohabit the castizo district of Lavapiés.“